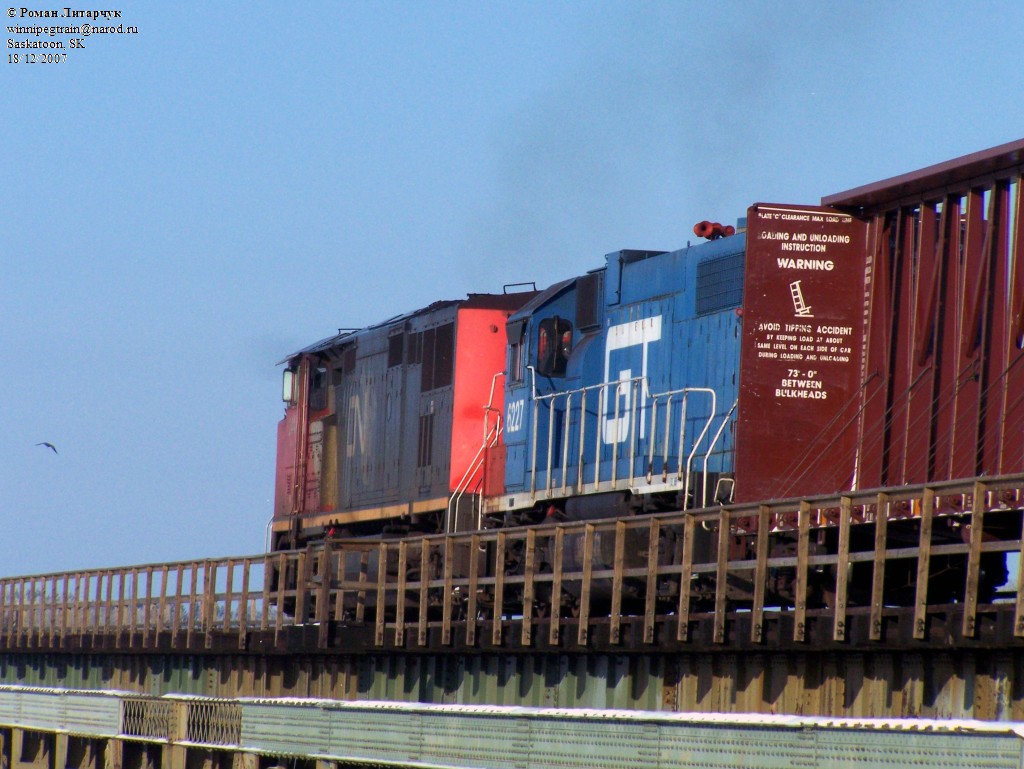 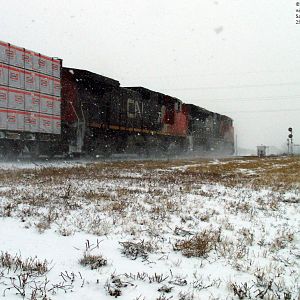 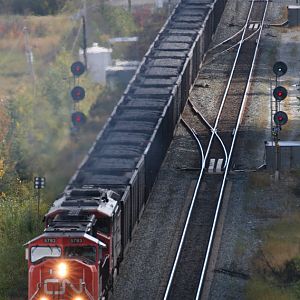 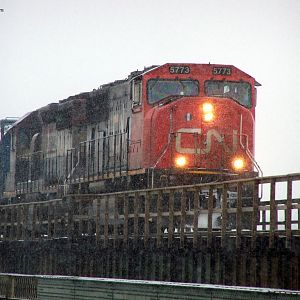 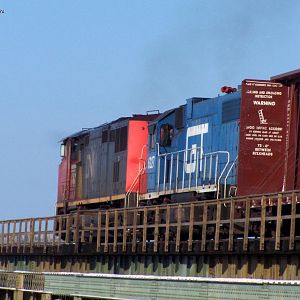 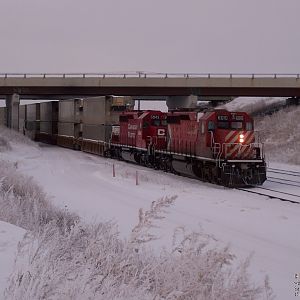 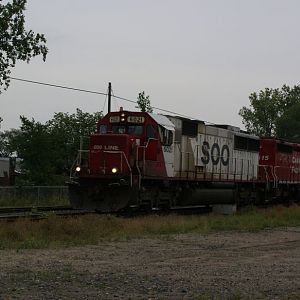 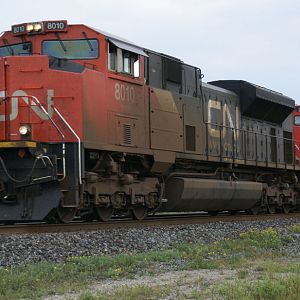 When I turned on the scanner this morning, 357 was the first train I heard. Naturally I was sure I'd miss it, but a couple hours later he was still sitting in the hole @ Riverview with mechanical problems. That's what CN gets for running a Bluebird outside GT territory, although to be fair it could of been the GE. Anyway, the crew ran out of time, but did manage to fix it.

I knew that the 2nd engine was a EMD spartan cab (rare on widenose cab CN), but still focussed on the lead unit, since one couldn't see the blue paint until he went by me. I never thought my location was a problem, until now. Starting with the next train (347 right on his tail) I moved to a new post, only 20 feet away, much more friendly toward 2nd, 3rd, 4th... etc. unit rosters. In compromise strait on photos like this one are no longer possible: http://tinyurl.com/2blq89

I should add that I was freezing, even though it was only -17C according to CN's own detector (not actual temp.) My -40C gloves were useless, with every finger feeling cold, until I hid the hands in my jacket for five minutes. What a rip-off. Still beats using bare hands though.

Click to expand...
Nice catch Roman! You must be proud. I remember when I caught my first GTW 'Blue bird'.