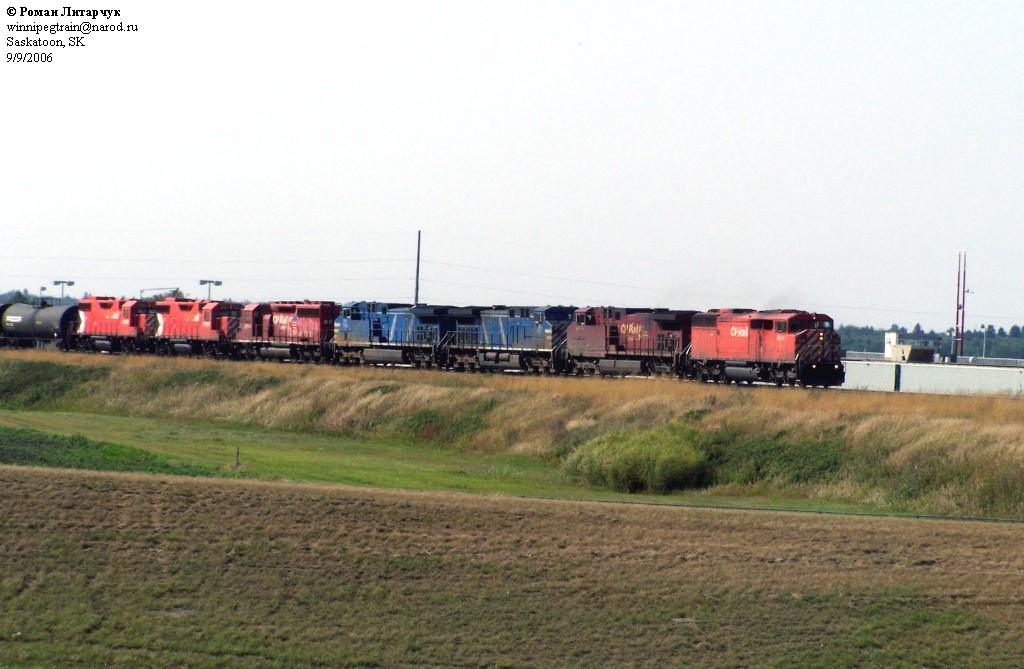 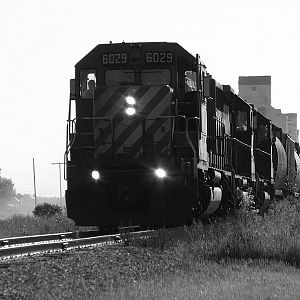 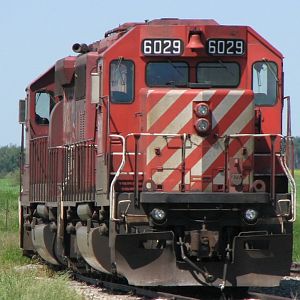 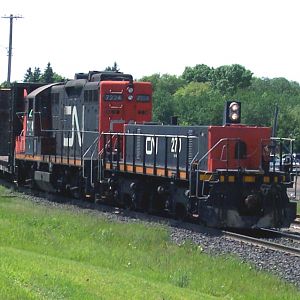 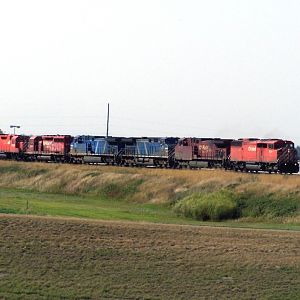 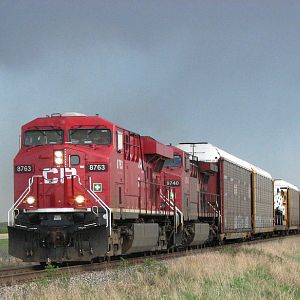 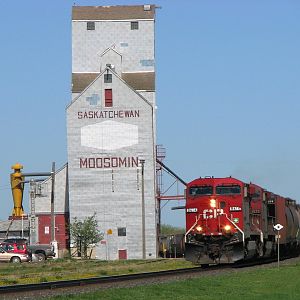 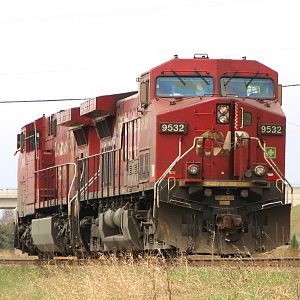 The city of Saskatoon is located in potash country, meaning unit potash trains, and subsequent light power moves from the mines to the city, are a common site. Whenever possible CP likes to tag the potash power onto a manifest, in addition to wayfreight power (typycilally Geeps) which work grain slidings as well as the potash mines. On this day CP 456 managed to pick-up both power sets and is bringing them back to Sutherland.
CP 9024-9557-CEFX1037-CEFX1053-CP5914-3085-3087

Cathing the train itself was a bonus, since he normally runs at night.

PS. One of the city's busiest HWY's, Circle Drive, which turns into the Saskatoon-Regina HWY, is in the foreground, cropped out of the photo. The University of Saskatchewan experimental crop field next to it, is what you see at the bottom.


Click to expand...
great shot
Not only a nice power move but u caught the last SD40-2 out of London ontario
Thanks for the ratings guys. Cal, I didn't realize that, I havea number of his rosters, but don't think they're worth posting since he's just like 23 other SD40-2F's. I'd much rather catch the d/f version.