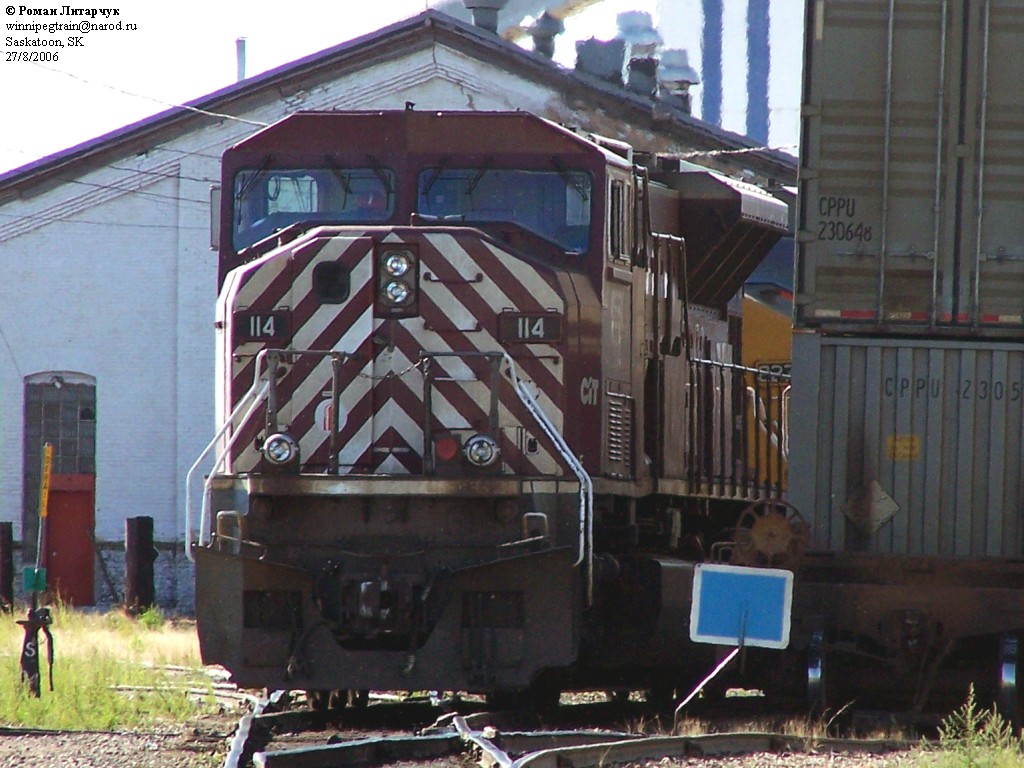 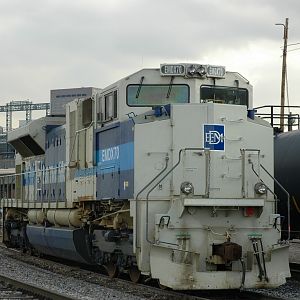 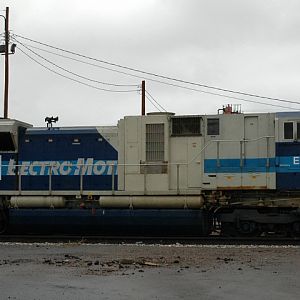 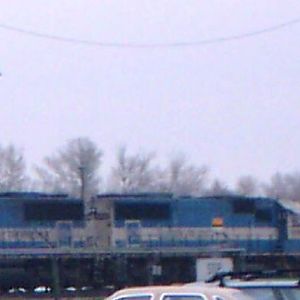 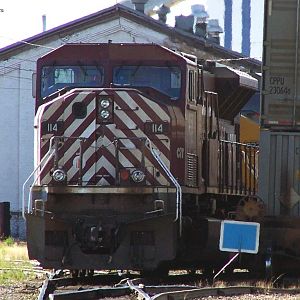 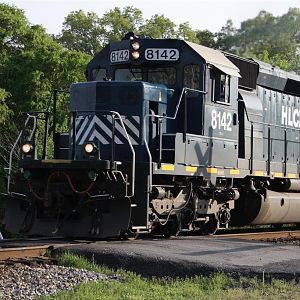 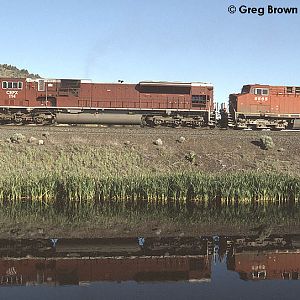 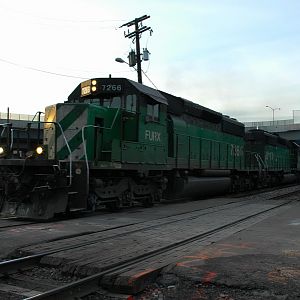 CEFX 114, SD90MAC is leassed by UP, however he is a common visitor in Saskatoon. Why? Because seasonally UP provides their own power for unit potash trains that originate in town and end up in UP's territory. Perhaps because CP was leasing CEFX SD90MAC's themselves until recently, they prefer to have the CEFX unit leading, hence he often makes an appearance. Today the foreign consist is CEFX 114-UP 8277-8186-5989, UP only sends SD90MAC'a and AC4400CW's up here - the only power CP knows how to use.

The containers nearby are from the IMS yard, it's just two stub tracks next to the shops. The old shops, complete with a roundhouse, themselves are in the background.