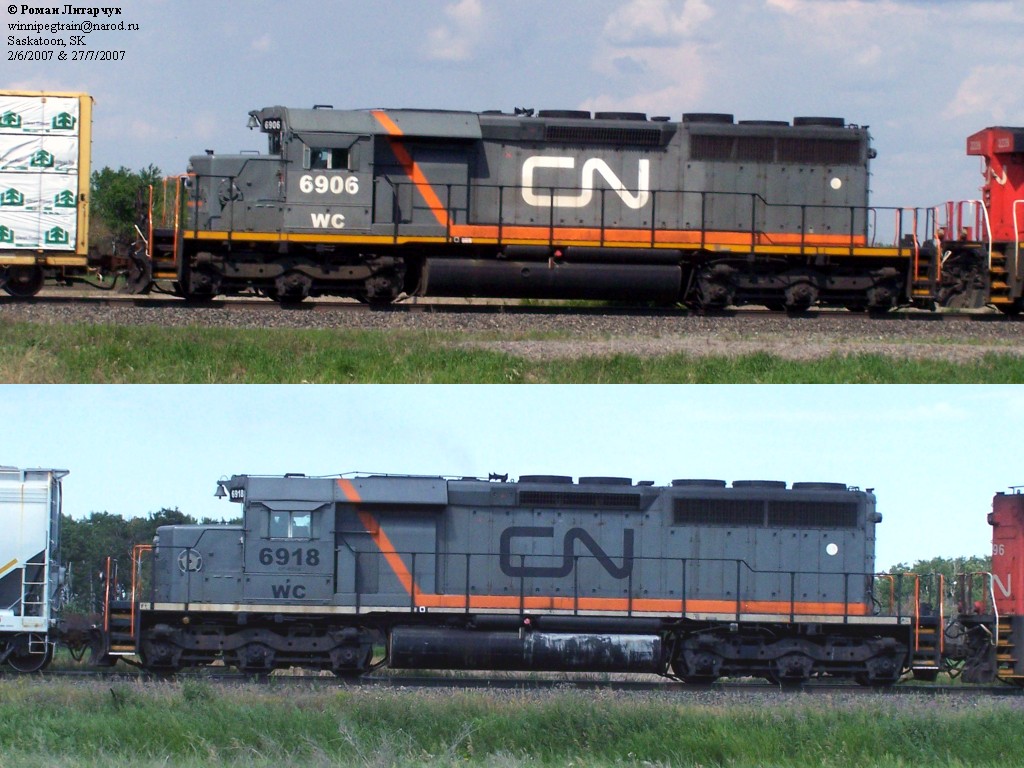 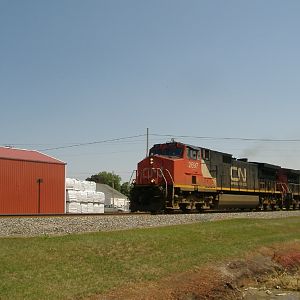 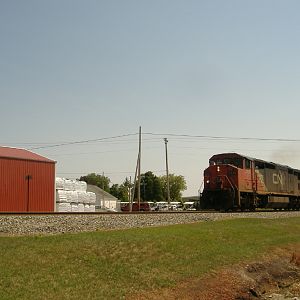 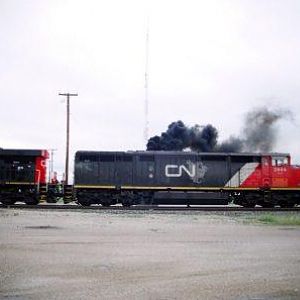 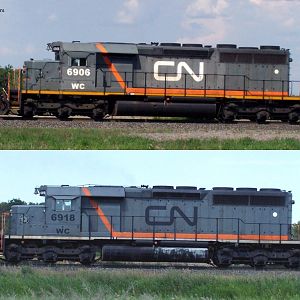 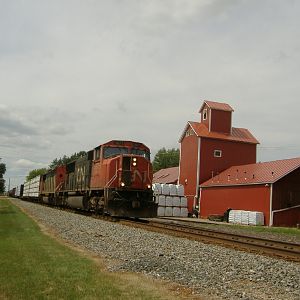 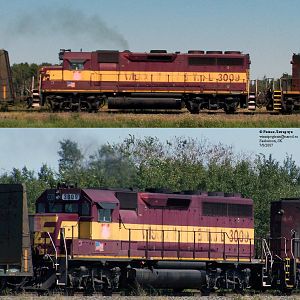 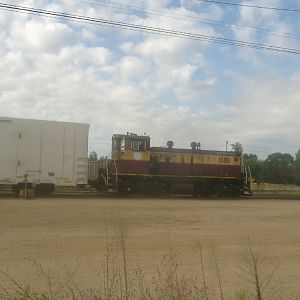 For starters, these aren't real WC engines. For over 30 years they were CN SD40's, the backbone of the fleet. Just like their SD40 brothers before them, who became CN 6000 SD40u series, they were sent for re-building to PSC in the 90s, who by that time was privatized by ALSTOM. Hence they got their paint job and were numbered in the GCFX 6000 series: http://tinyurl.com/yop893

Naturally CN leased their own junk back, however for some odd reason they were given WC 6900 series numbers. Just recently I discovered that there are two paint shemes as well (shown in photo). The top one is more common, not sure how many wear the bottom one though. If anyone knows why there's two shemes please post here. So far no one I've asked seems to know the answer.

PS. For so-called WC engines, they sure spend a lot of time in Canada. Sadly they no longer lead much, although they were common leaders when they had GCFX numbers.

Click to expand...
OK, so who really owns them right now, CN or GCFX? I find that odd that CN sold these to a leasing firm, then leased them back. Kinda odd in my mind.
According to the Canadian Trackside Guide they're owned by Connell Finance. http://www.connellco.com/CFC.htm GCFX is simply their reporting mark.
Hence they only wear the CN/WC patch (I can't call this a paint job!) since they're on a long-term lease. It's not really odd for CN to sell its assets and then lease them back. That's what the Canadian government is doing right now with many federaul buildings. That way it frees up cash, plus there are likely tax breaks (I recently took this in Accounting).