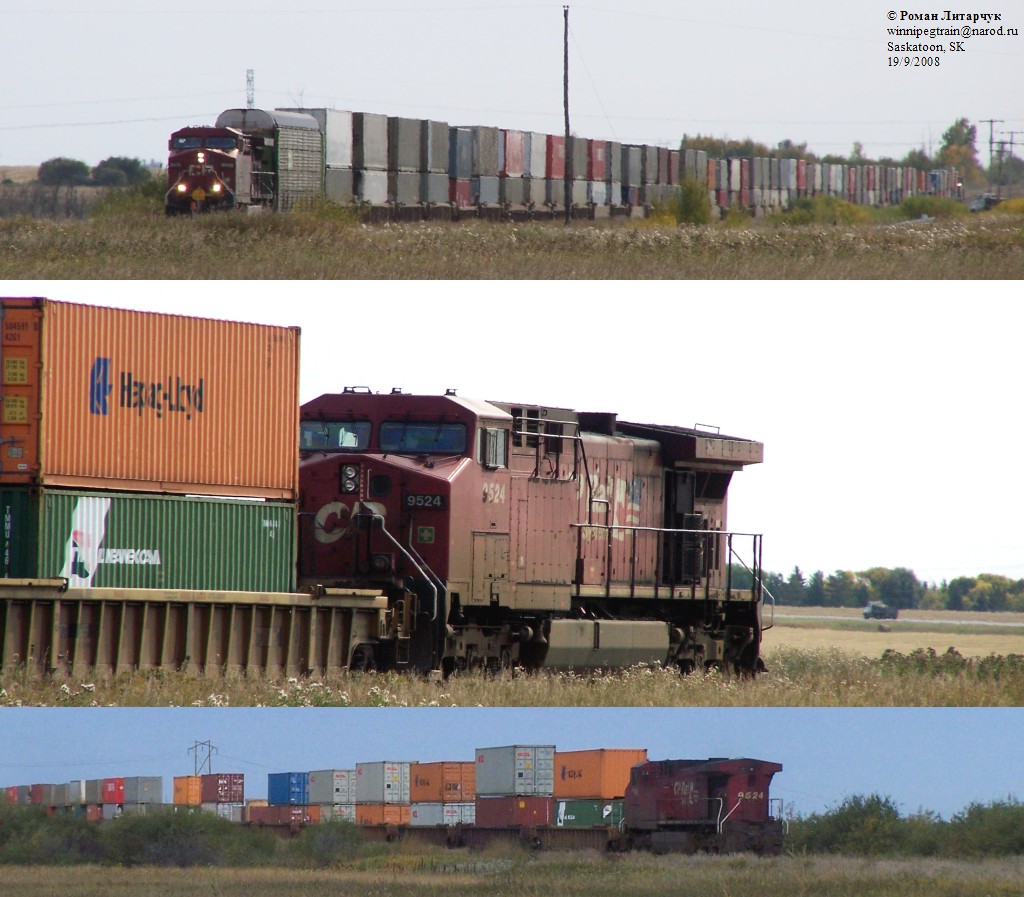 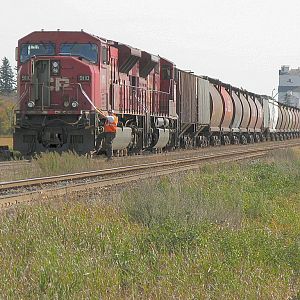 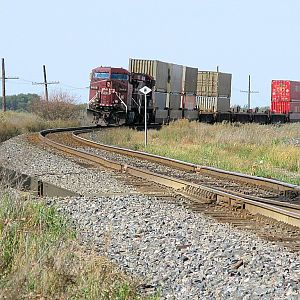 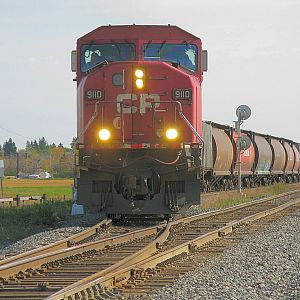 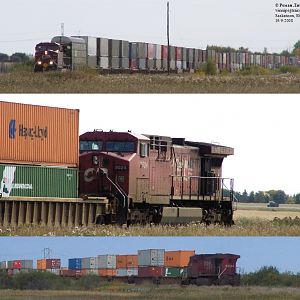 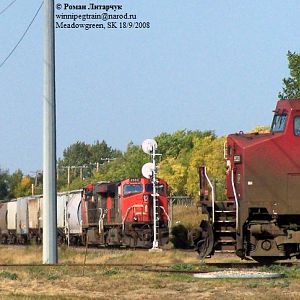 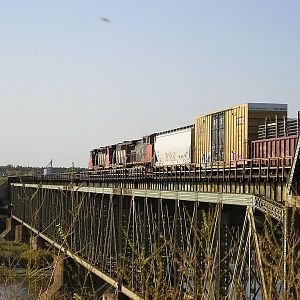 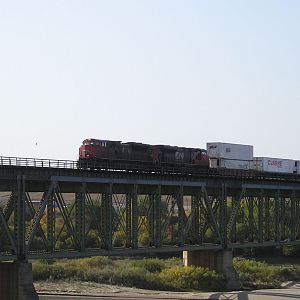 CP 103 is back on the PNL, DPU naturally.
Click to expand...
Why is she back up there i thought they took her off the PNL because of the siding length. Also CP 213-214 have been shortened train wise and are now goin north over the PNL
Nope, if siding length were a problem, she wouldnt be up here to begin with. Not a long train anyway as you can see in the photo, havent seen him with more than 98 cars. There was lots of MOW work on the Wilkie sub, hence the hiatus. Havent seen [FONT='Verdana','sans-serif']CP 213-214 yet, perhaps they terminate before Sutherland. What kind of traffic would they be looking at anyway? CP 454-7 run with extra sections regularly now, I figure this has more to do with the pipe loads business and CP sneaking grain traffic onto them as oppose to running a 344/5 grain train (still called box train for some reason). Similarly they haul potash saving CP running a 654/5.[/FONT]

A fellow railfan was telling me that years ago there was an Edmonton-St. Paul train that ran via the PNL as well, perhaps this is 213-4?

I check out the NPL East of Bredenbury, Sask. no trains on Saturday
while I was there.