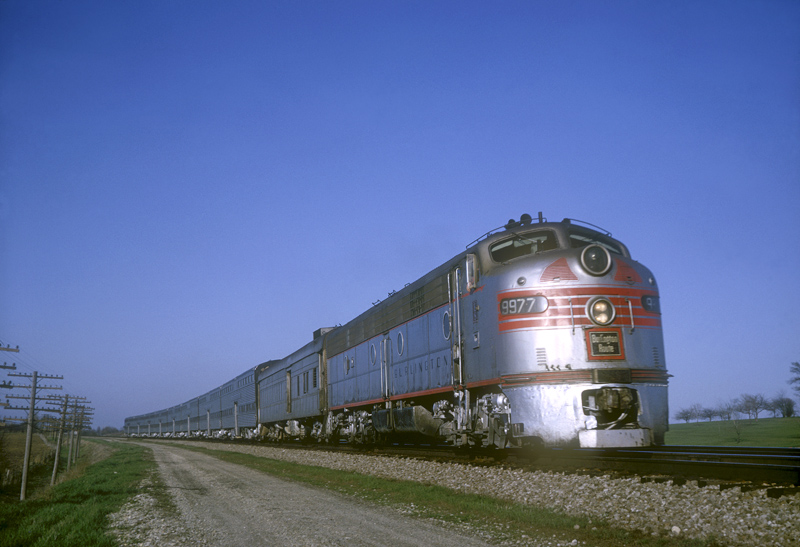 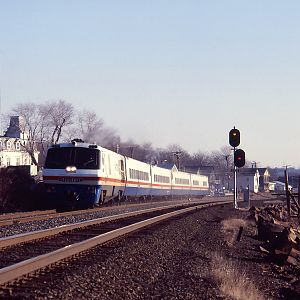 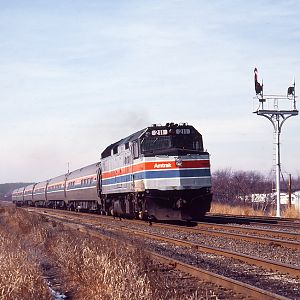 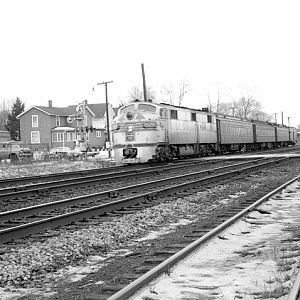 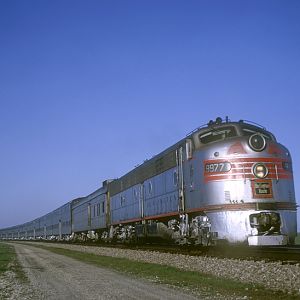 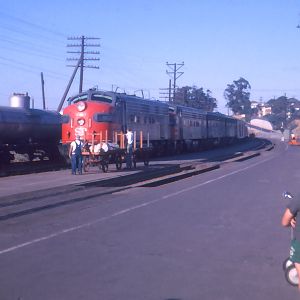 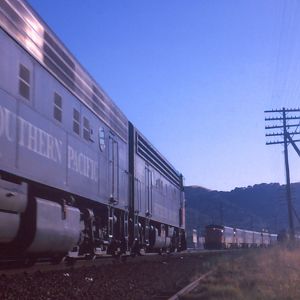 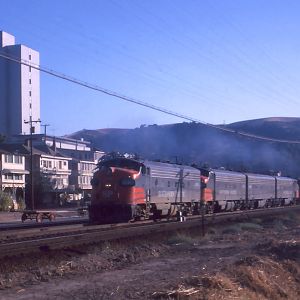 Chicago Burlington &amp; Quincy E8 9977 at Naperville, Illinois, April 28, 1965, photo by Chuck Zeiler. It is seen here in charge of a westbound suburban train, known as a Dinky to CB&amp;Q employees. It was built September 1953 as CB&amp;Q E-8 #9977 (c/n 18319), it became BN #9977. Around December 1974 it was sent to Morrison-Knudsen to be rebuilt to E8-Au specs, exchanging its twin 12-567B model prime movers for 12-645EC's, and the electrical system was upgraded. In addition, the steam generators were replaced with a Cummins 500Kw generator for Head End Power (HEP). When it returned to BN rails (now numbered 9904) it was owned by the West Suburban Mass Transit District (WSMTD) and leased to the BN, and named &quot;Village of Lisle&quot;. It worked suburban trains until July 1992 when it was retired, and eventually became Illinois Central #101.

Below is a link to other views of this locomotive: