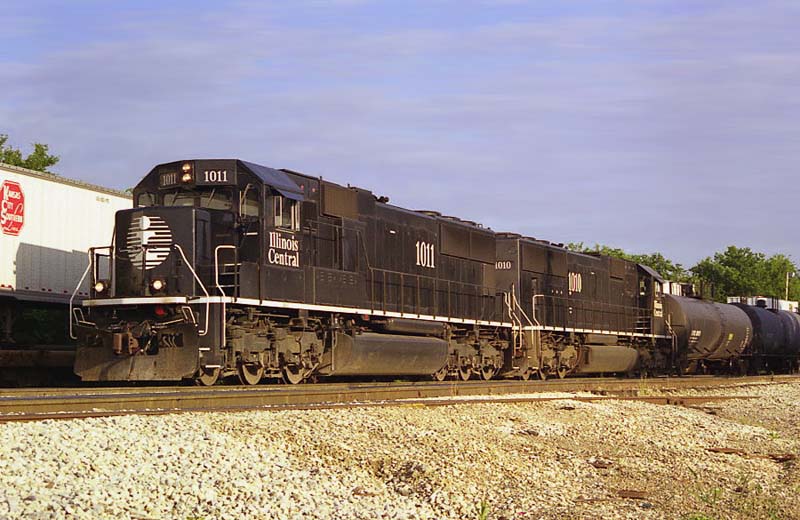 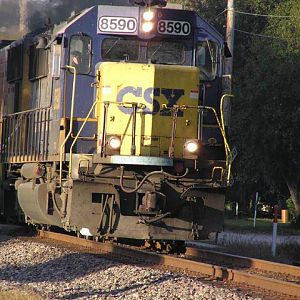 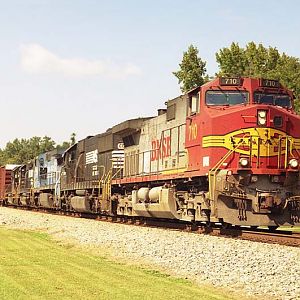 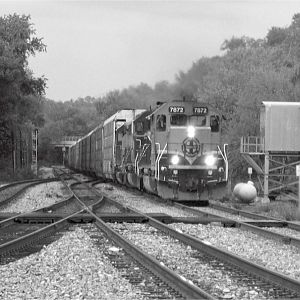 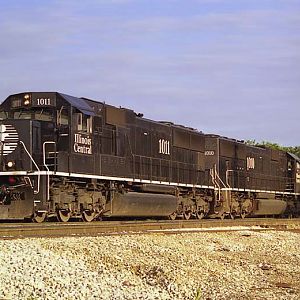 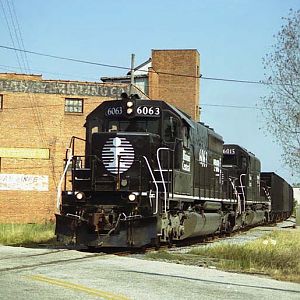 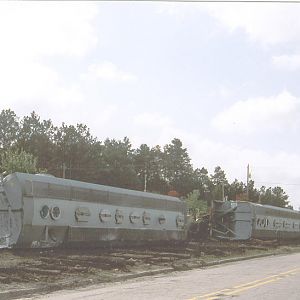 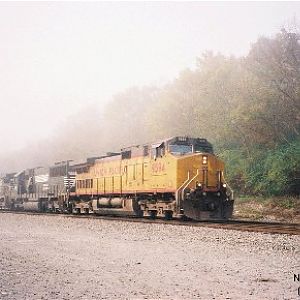 IC Northbound Freight Train at Jackson, Ms. with a pair of SD70'S for power
Click to expand...
I'm still waiting to catch those!
I hope you get one soon Russian
Thanks TrainPohll
I'm getting my driver's license soon . If I do, I'll catch some of those SD70's in IC Paint before they fall to the crooked noodle
That's a great idea. I hope you're able to do that. One good thing is CN doesn't seem to be in a hurry to repaint the SD70'S. I only know of 1 SD70 repainted into CN so far, 1038 I believe is the one that is repainted into CN. Thanks for the rating
Thanks David
You're telling the truth on this one. From 2004-2006. I realized I have never taken a picture of a Wisconsin Central. That is the one thing I regret about this. I came into the railfan hobby too late. I should have done it while they're still around.
I was only able to capture 1 WC SD45 leading a CN train running on the former IC &amp; it was a specially painted WC SD45 7551 ( Customer Minded Employees ) written on the side of the unit. The other WC units I filmed running on the CN former IC were trailing other than a local working at Marks, Ms., which had a single WC GP40 for power. The most WC units I filmed running through on other railroads was ironically CSXT, the company I work for. On CSXT the trains that ran with WC alot were Q595, Q527, K841, K218, K223, Q647, Q592, &amp; WC even showed up on other trains that didn't run WC power as much as the other trains I mentioned. NS also had many WC units running through on some of their trains, such as 175, 61N, 60E, 174, etc., but now this is a thing of the past, unfortunatley, but I enjoyed it while it lasted. I'm really thankful I've been able to take all the trips that I've gone on &amp; come back with prize footage/photos. I made about 4 trips to WC in Wisconsin before the merger &amp; now I have all my footage/photos to cherish the memories of WC forever.
When The Date of this photo was. Becuase I believe this was taken when Haley Barbour was elected Governor of Mississippi during that time.
I'm thinking it was in April of 1997, but I'm not 100% sure. I'm going through alot of my photos so I can go back &amp; put the dates of when I took the photo.