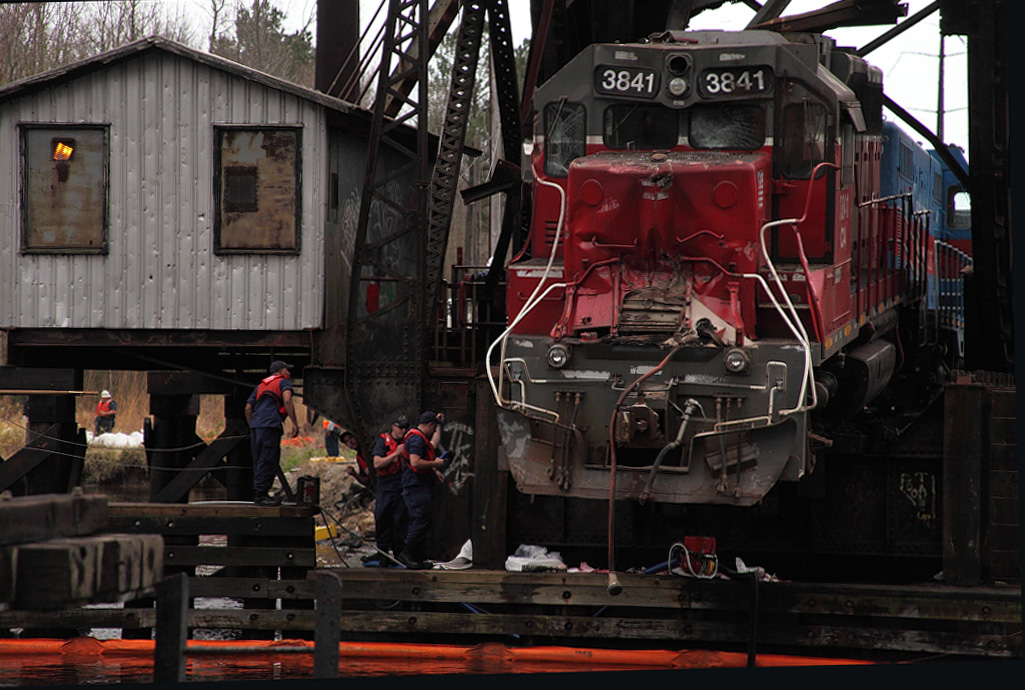 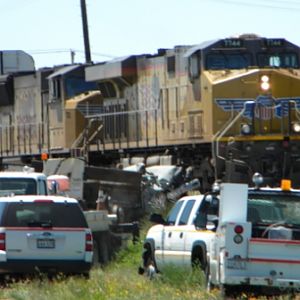 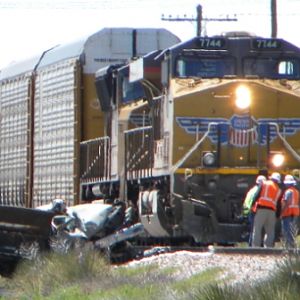 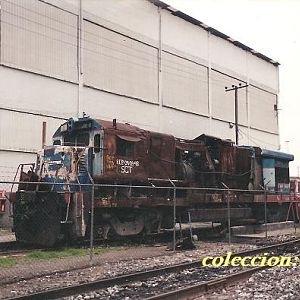 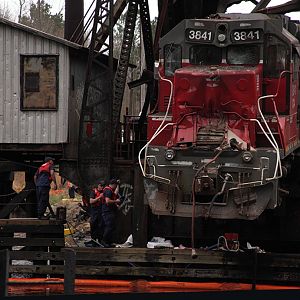 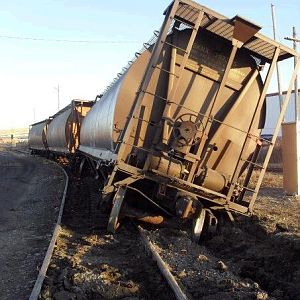 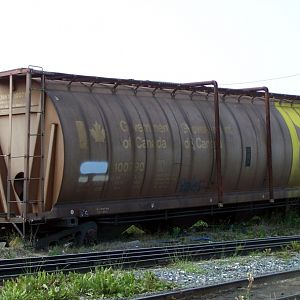 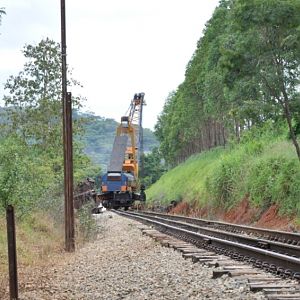 Derailment on the Chesapeake and Albermarle

On March 26, 2010 At approximately 4AM, the Chesapeake and Albermarle rock job was northbound with approximately 40 empties. When it approached the open bascule draw span over the Intercoastal Waterway, the train was not able to stop. Instead, the lead engine collided with the counterweight and other parts of the bridge. The train was able to stop just as the front trucks went over the edge of the bridge approach and it came to rest with 1/3 of the lead engine hanging over the canal, resting on its fuel tank allowing the spillage of approximately 1800 gallons into the waterway. US Coast Guardsmen from station Portsmouth, VA oversee the fuel cleanup efforts.
Click to expand...
Talk about having a bad day.
They don't have any derails at each end of the bridge to prevent stuff like that from happening? we do have split point or rail derails at each end of the swinging, Bascule or lift bridges on the BNSF.
Hey Robbie Knievel, Dis aint the snake River and it aint a motorcycle! get outta dat Loco Cab Brother! Not a good day for the C&amp;A
Nice shot Chuck!
Great photo!
Why did this happen? No red signal before the bridge?