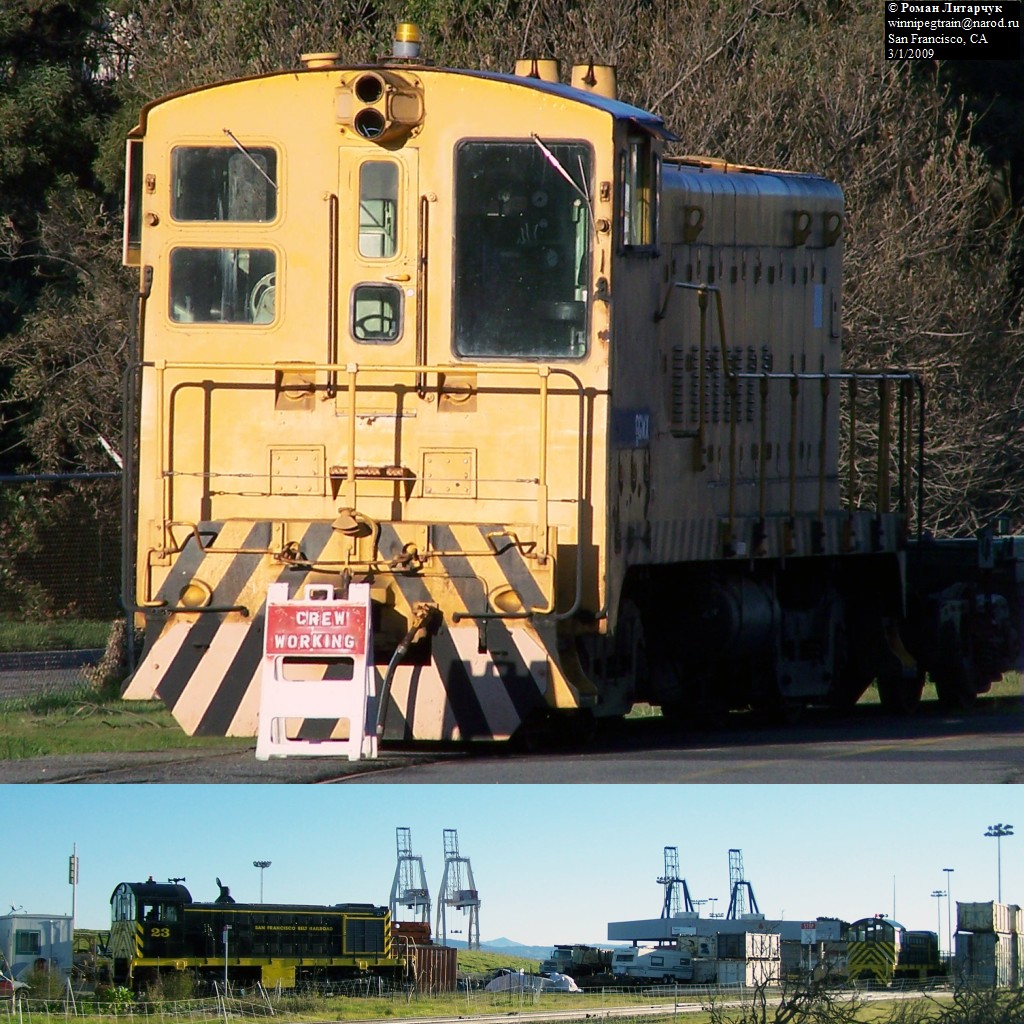 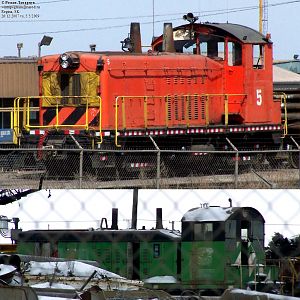 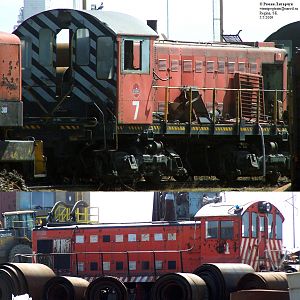 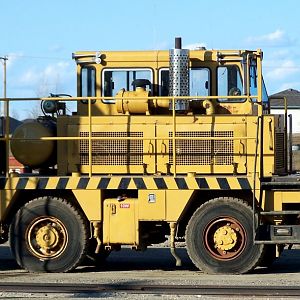 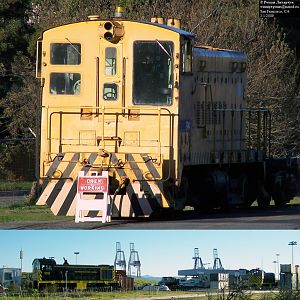 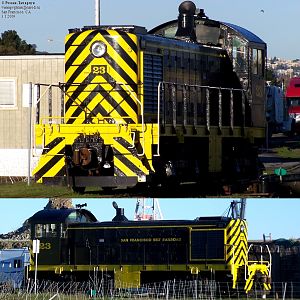 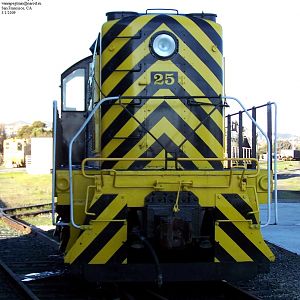 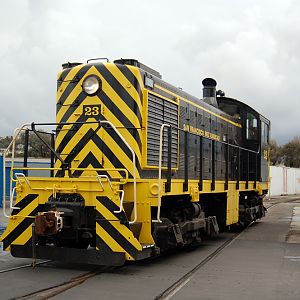 San Francisco Belt Railroad 23 &amp; 25, S-2s nee State Belt Railroad can be seen under the cranes. A little to the right and the Baldwin would be blocking the view! (I was shooting through the fence in the background)
One can make out Alameda on the other side of the Bay. The Alameda Belt Line, jointly owned by WP &amp; ATSF, operated on the island until 1998, when the last major shipper, a cannery closed. UP stopped running in 2001 most city-built tracks were in turn torn up, although the drawbridge still remains. Until 1991 they railway operated S-1 &amp; S-2s exclusively, an ex-ATSF GP7u for the final years.


Click to expand...
There are no comments to display.