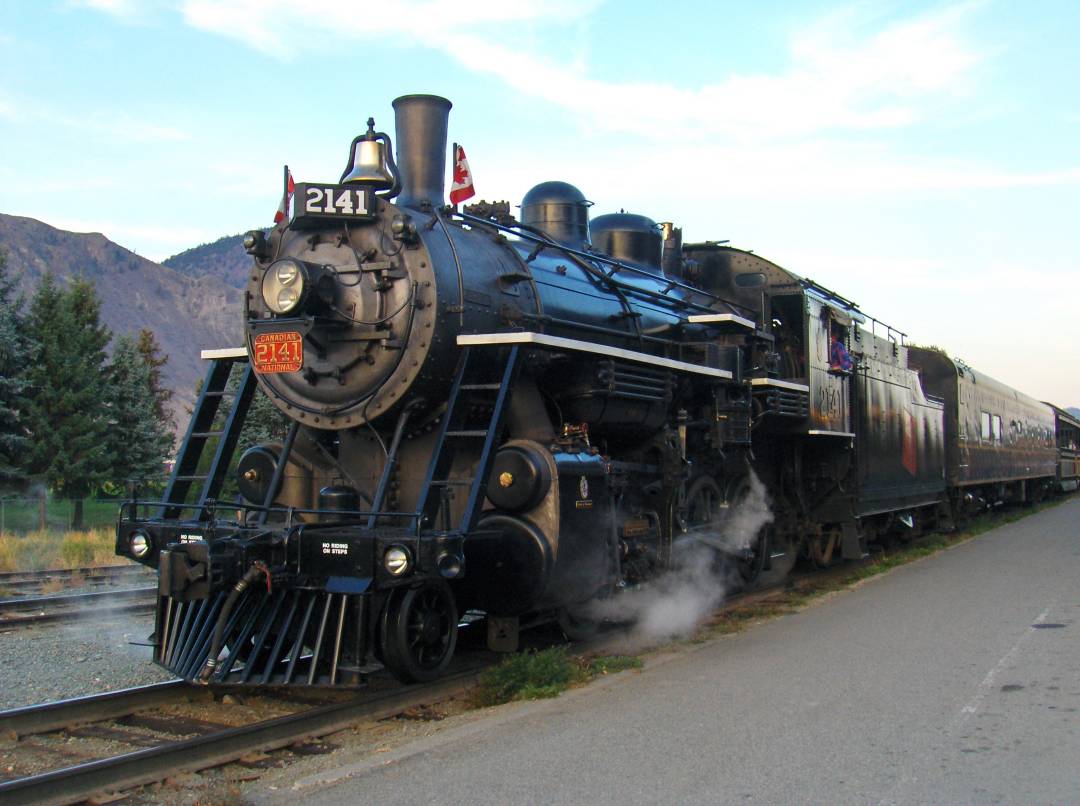 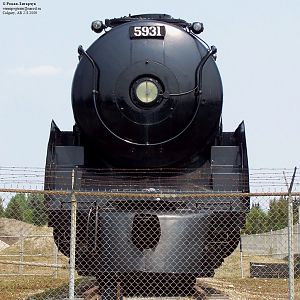 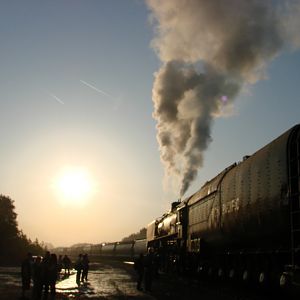 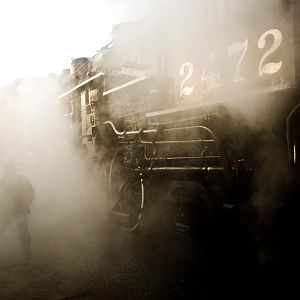 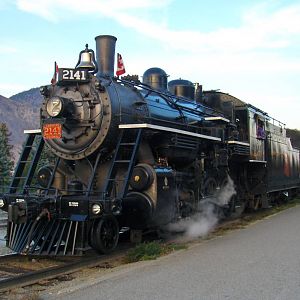 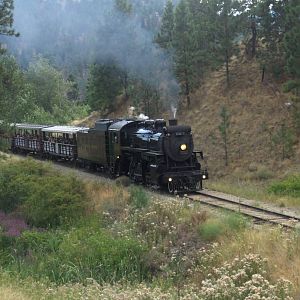 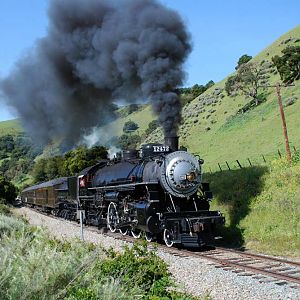 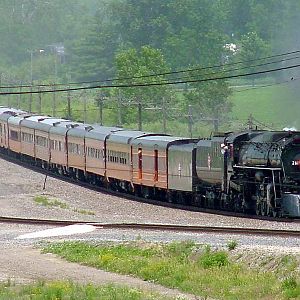 2141 "Spirit of Kamloops" at Kamloops Station

2141 was built by the Canadian Locomotive Company in 1912 for the Canadian Northern Railway. In 1918, it became part of the new railway Canadian National. 2141 spent many years working in Alberta and Saskatchewan and also worked on Vancouver Island for many years. It was converted to oil burning in 1948. Retired in Victoria, BC in 1958 and was offered to the city. Victoria didn't want it so the Mayor of Kamloops stepped in and saved the engine from scrap. Kamloops purchased the engine and placed in Riverside Park in 1961. Restoration of 2141 to operating condition started in 1994 and was completed in 2002. 2141 is now operated by the Kamloops Heritage Railway and is called the &quot;Spirit of Kamloops&quot;.
Click to expand...
(y)