You know who you are.

I miss your photos of the rail action in the Omaha/Council Bluffs area and hope to see more photos from you in 2015.

I don't know about the rest of posse but I am hiding in the warmth. UP was really quiet because of a derailment in North Bend. And then there was a bunch of family stuff last week. It is supposed to get up in the high 20's today and then snow a bit. I was hoping for more snow for photo ops, but we only got an inch. So hopefully we can catch up and make up for our lackidasical cold weather attitude. Tom
J

As we speak, or write, One of the two remaining CNW engines is tied down at East Calif. Jct. on a westbound manifest. Leading to boot. So close (to Omaha) but yet so far.
Jeff

I have been taking night pics on my days off. I haven't really had time to take day train pics. Been busy at work and other tasks. 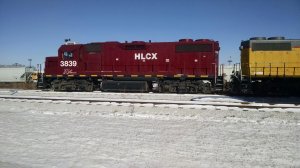 Hey Bill, look what came to my company today to drop off some cars.

CGW101c said:
Hey Bill, look what came to my company today to drop off some cars.
Click to expand...

Nothing quite like a real train delivered to your doorstep. Most of us had to settle for toy trains under the Christmas tree.
Last edited by a moderator: Jan 8, 2015

The layout of the industrial area we are in would make a great model railroad. There are 10 or so industries spread out over a square mile. And on the west end is the power plant that gets 100 car coal trains. Sometimes the train even goes north on the old Omaha Road tracks, now abandoned at Florence.

How often does MUD get cars?

What happened to the Omaha Posse?

Did Posse members see their shadows on Groundhog Day and return to their burrows for six more weeks of winter?

Can only speak for one-been in San Antonio (alas, no rr photos), but I'm back now and hoping to get trackside soon. Goal of my Texas trip--reenlist son for what may be the last time as he'll be good for 20+ years

Congratulations and thanks to both of you for service to our country, I finally had some time to get out today and catch a few. 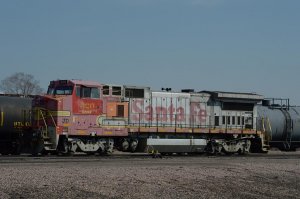 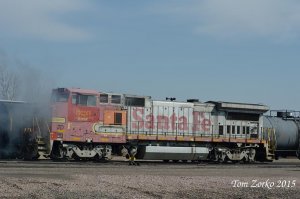 I swung around to photo the 773 and the 520 started up. Just caught a little of the smoke 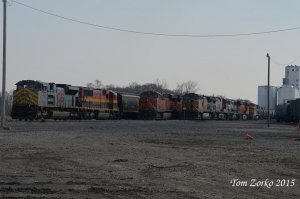 Over view of power in the yard 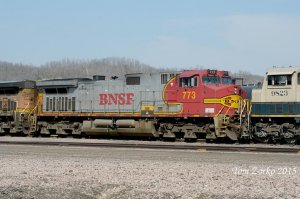 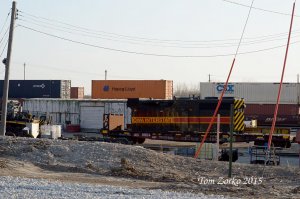 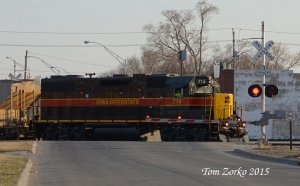 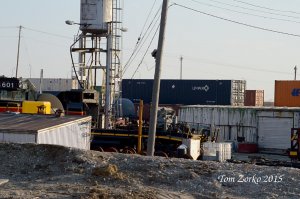 And some clean up from earlier this month. I walked up the old UP, the original route of the transcontinental RR south of Millard, NE and north of Portal where the MP crossed. The last shot is looking north at the CB&Q(BNSF) bridge. I'll get closer later when the persons unknown are not under the bridge 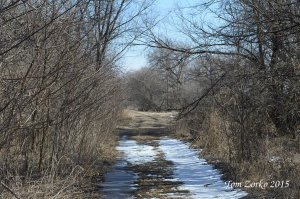 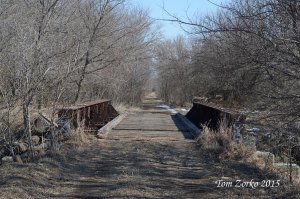 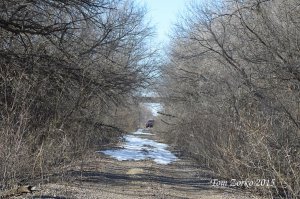 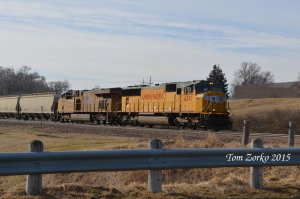 Along the MP in Bellevue,NE

Thanks for the photos, everyone.
D

In the case of the 520, some old locomotives don't die, they just fade away.

Brad, I forgot to answer your question. MUD gets cars 2 or 3 times a year as near as I can tell. It is probably more. I will have the guy that is out with the UP when they set cars at my employer ask the train crew about that. They already think he is crazy for asking if they still kick cars in the north yard in the morning. Which they do. Why? So I can record the noise, er sound. Tom. P.S. Anybody want me to post some switching sounds?

You caught a lot of nice stuff. Thanks for the answer about the MUD cars.
T