What was the purpose of this chimney looking thing in this swinging bridge photo? 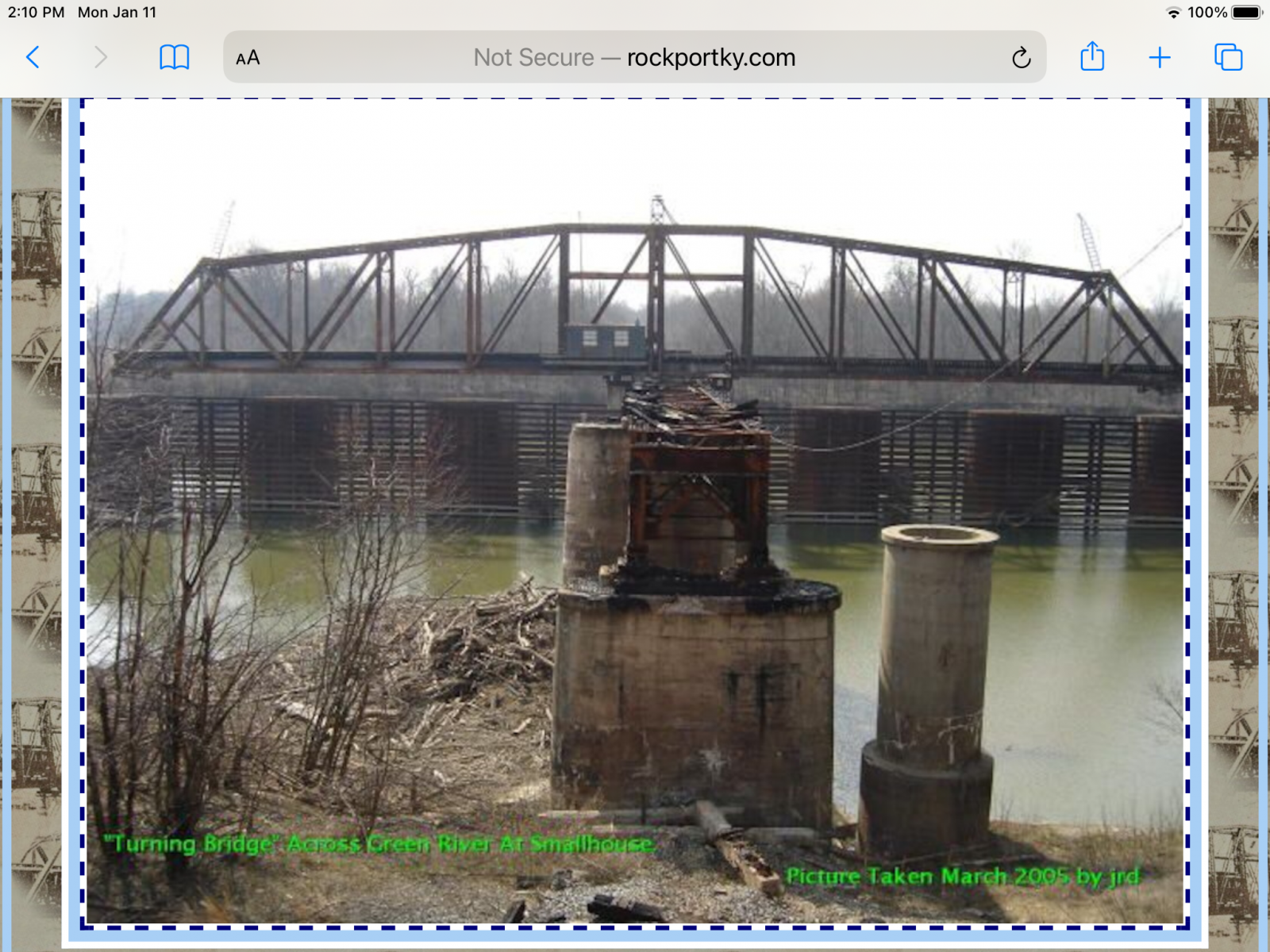 I suspect it had the controls so the bridge tender could open and close the bridge from the bank. Maybe a concrete conduit from the bank to the center, with electrical cables inside. Probably a small building on top, or only a control cabinet, accessible from the missing trestle.

It’s been a mystery to the locals for quite awhile. Sadly it was removed a few years back so any further investigation isn’t possible. There’s wasn’t any evidence of a fire ever being in it, but it might not ever had been used If that was its purpose?
My cousin that posted it on his web site about our community history ( rockportky.com ) has been trying to find out its purpose for several years. Its a small thing for most people but it’s been a journey for him to try to find the purpose. He’s getting up in years and I’m about 10 years younger than him so I told him I’d try to help find it’s purpose.
I was hoping and I know there is someone that will have the definitive answer to the question.
I worked on mining draglines most of my life and the photo‘s and question that have been brought to me to answer we’re normally simple and quiet humorous to answer.
I know there’s an old timer out there with the answer.
Thank You for your reply
B

I’ve seen similar concrete cylinders next to bridges with manhole covers mounted on the top.
T

Well that’s one I haven’t heard? You mean kind of like a place to get down in for bridge rotation? Looks like that would be a trap if that’s what your talking about?
There wasn’t a secondary hole for escape unless it filled in over the years.
B

Tudelum48 said:
Well that’s one I haven’t heard? You mean kind of like a place to get down in for bridge rotation? Looks like that would be a trap if that’s what your talking about?
There wasn’t a secondary hole for escape unless it filled in over the years.
Click to expand...

I was thinking more along the lines of municipal utility access. Many bridges are used to carry water, sewer, and power lines.
B

bnsf971 said:
I was thinking more along the lines of municipal utility access. Many bridges are used to carry water, sewer, and power lines.
Click to expand...

Here’s a photo of one on the Dan river in virginia. The elevated manhole is on the lower left. 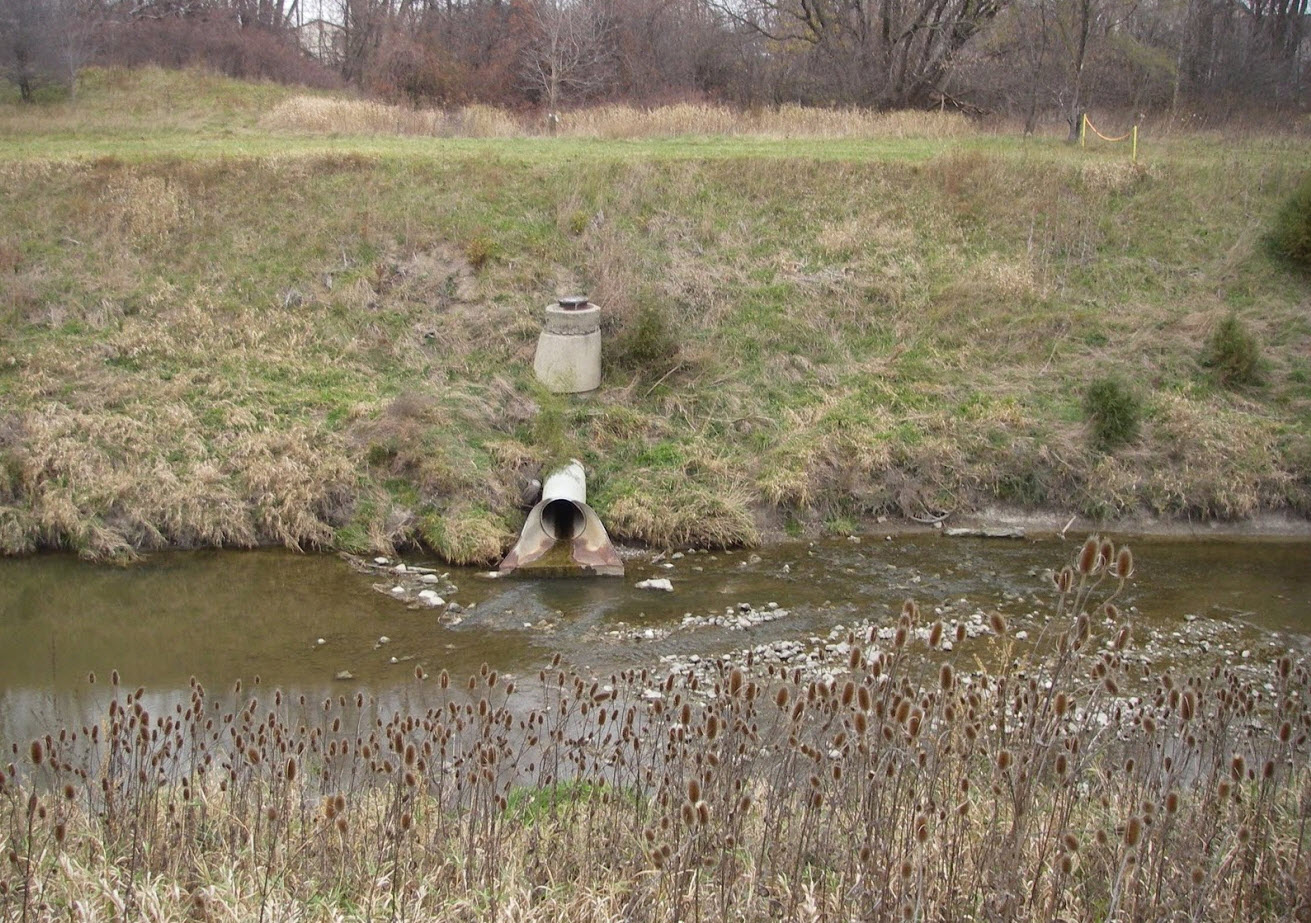 If you mean they discharge sewage in it? Looks like it would to close to a fresh water source? It could be though it was several miles from any towns.
Just assumed it was related to the operation of the swing bridge.
T

I’ve found another Website that’s interested in identifying this form. If I find an answer I will let you know. The answers out there somewhere.
Last edited by a moderator: Jan 17, 2021
T

No luck so far but still looking for the answer
T

Someone has to have the answer
R

How about this: it has nothing to do with the railroad?
T

It’s on railroad swing bridge I guess it does?
T

Yes, the bigger thing on the left is clearly part of an old railroad bridge. The standpipe(?) like thing on the right is an open question, though. How close is it to the bridge pier? It's hard to tell from the angle of the photo. Is there an outfall pipe below it that dumps into the river?
T