Took a 200 mile tour of Eastern Nebraska today. Omaha to Columbus and then to Lincoln. Nebraska Central, UP and BNSF. Two stack trains that were racing east when I met them east of Columbus were found tied down east of Fremont when I came back. BNSF was running pretty heavy between Ashland and Lincoln with 2 trains northbound on the Sioux City Line. 2 or three empy coal trains on both the UP and the BNSF. I found the NE Central at the junction of two lines northwest of Columbus. I have to do a little more research on that subject. The UP 500 is at Valley. 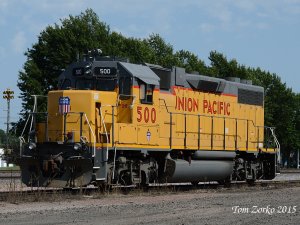 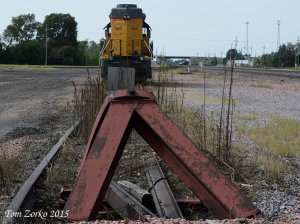 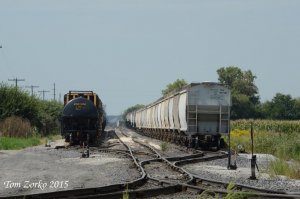 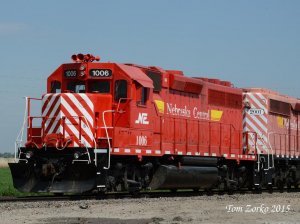 NC 1006 east of Monroe(west of Columbus)

UP saw a decent flow of coal to the east. Don't see SD60's switching much 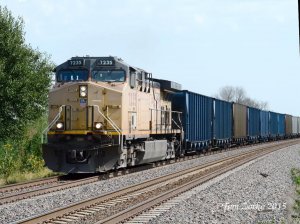 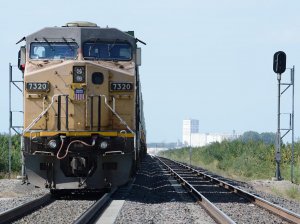 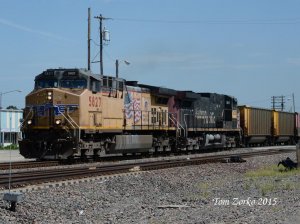 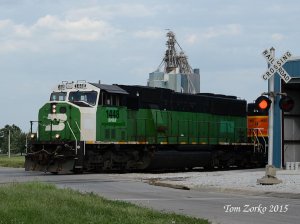 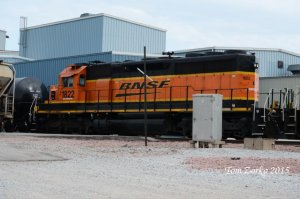 The SD40 attached to the SD60. a bunch of switching power 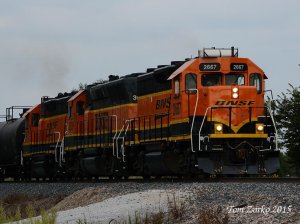 WB train I think the 2nd unit is a GP40X 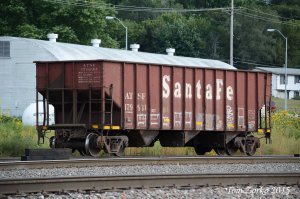 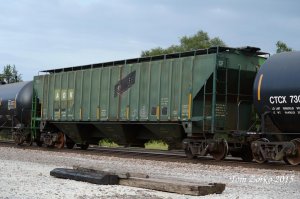 I did a little research and found out that the junction is at a "town" named Oconee. Looks like it's where the branch line goes to Norfolk or to Genoa and beyond.

Also wanted to add a non railroad place on the railroad. Many times a place on the track may not be on the railroad as in the case of BNSF's ELK on the Sioux City line, named after the elk farm that it is near. In this example the trains on the Creston sub move to a place the dispatchers call Shakers. Shakers is named after the "Gentlemens Club" across the highway near the signals east of Lincoln. It used to be a Nikerson Farms restaurant many years ago.

Shakers. You can even see it at night.
J

Trains parked at Fremont weren't because of the Labor Day holiday. There has been a track project going on at Boone, IA over the Labor Day weekend with associated track curfews during daylight hours. Monday, Labor Day included. It's supposed to wrap up Tuesday.

Thanks. Usually I don't see stack trains stopped for holidays. It is all so clear now. Actually at my age it's more like approach restricting. Tom

CGW101c said:
Shakers is named after the "Gentlemens Club" across the highway near the signals east of Lincoln.
Click to expand...

Since this is a family forum, we probably don't want to know what was "shakin" inside.