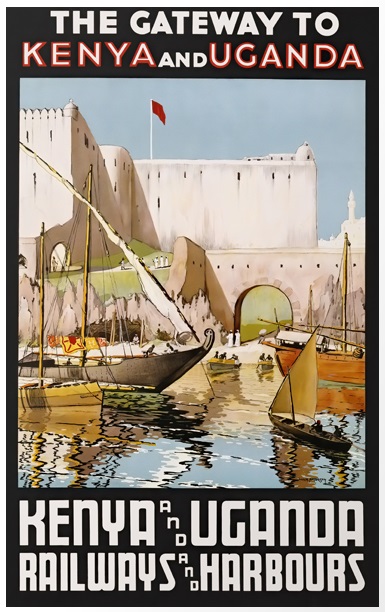 Great advances in the development of East Africa occurred during these years. A serious attempt was made to unify the East African Territories. “Kenya became a playground for wealthy sportsme…

The Great Depression and the Coming War ...

An on-line acquaintance has recently pointed out that the tenth article in this series about the Uganda Railway is incomplete in that it omits to cover two branch-lines which serve Sugar Cane Mills/Factories. I have returned to the trip along the Uganda Railway to complete the omitted part of the story - that of the Chemelil and Miwani Sugar Factory Branches. ........

On the final approaches to Kisumu the line passed through a significant sugar cane growing region. Sugar processing factories were set up in two locations along the line - Chemelil and Miwani. Both these locations were provided with short branch-line connections to the main Nakuru to Kisumu line.

This is the last post based around the book by M.F. Hill which was published in 1949 just as the Tanganyika and Kenya/Uganda networks became one organisation. It cover the Second World War and the few years immediately after. .....

The Kampala to Bombo Narrow Gauge Railway - A Stronach-Dutton Roadrail Railway in Uganda in the 1920s.

At the insistence of the Governor of Uganda an independent novel rail system was tried out in the early 1920s. The trial resulted in the building of a line between Kampala and Bombo which operated during the middle years of that decade. Ultimately, the system failed and it was closed well before the end of the decade. 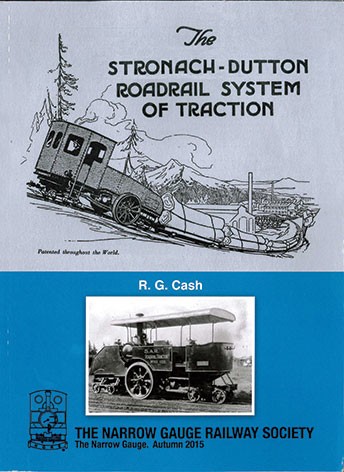 The Kampala to Bombo Railway

I first came across this ‘railway’ completely by accident. In a listing from a Google search for another matter, I came across the article by Henry Lubega below. I have discovered quite…

This was a project run by the Direct Works department of the protectorate/colony and was not part of the much wider network of "The Uganda Railway" which stretched from Mombasa on the coast of Kenya to Kampala and eventually on the Kasese in the West of Uganda.

I discovered this line when I came across it in an article by Henry Lubega. I have discovered quite a bit more about the design philosophy since then. The system used for the line, the Stronagh-Dutton Roadrail System, is referred to elsewhere – particularly in “Narrow Gauge Steam … and other railway curiosities, Volume 1,” a ‘bookazene’ published by Kelsey Publishing and in a relatively short publication by the Narrow Gauge Society.

At first look, it seems quite an ingenious idea – removing the weight of the locomotive from the rails enabled much lighter rails to be used. In practice, however a whole series of factors rendered the idea impracticable.
You must log in or register to reply here.
Share:
Facebook Twitter Reddit Pinterest Tumblr WhatsApp Email Link