I made it to the Keddie Wye today to check a railfan spot off the bucket list. It was great to see, but the light was really harsh and I think I passed up a lot of good stuff to get a train on the Wye. Hope to make it to Truckee and Doner before I head back to the great plains of Nebraska. 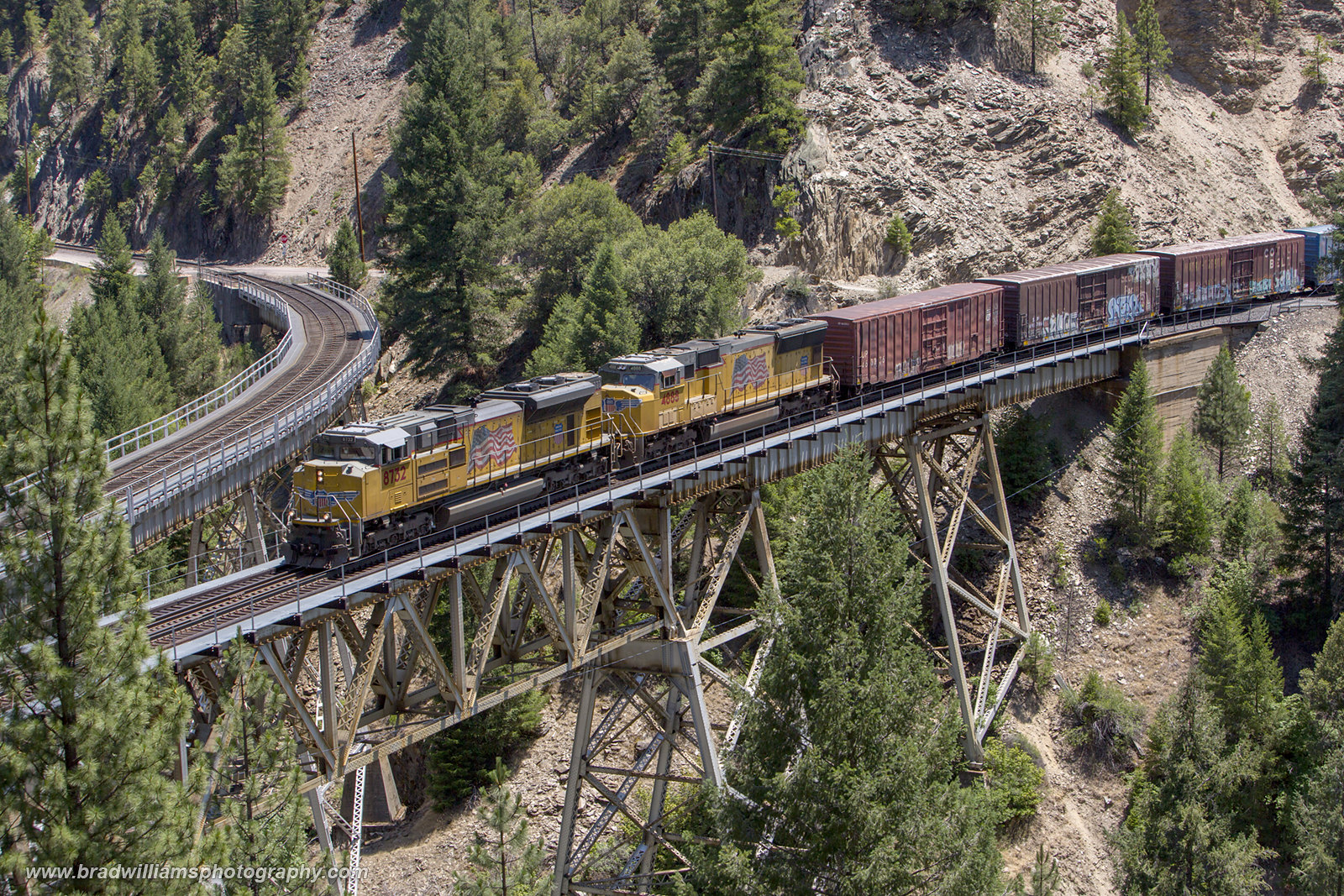 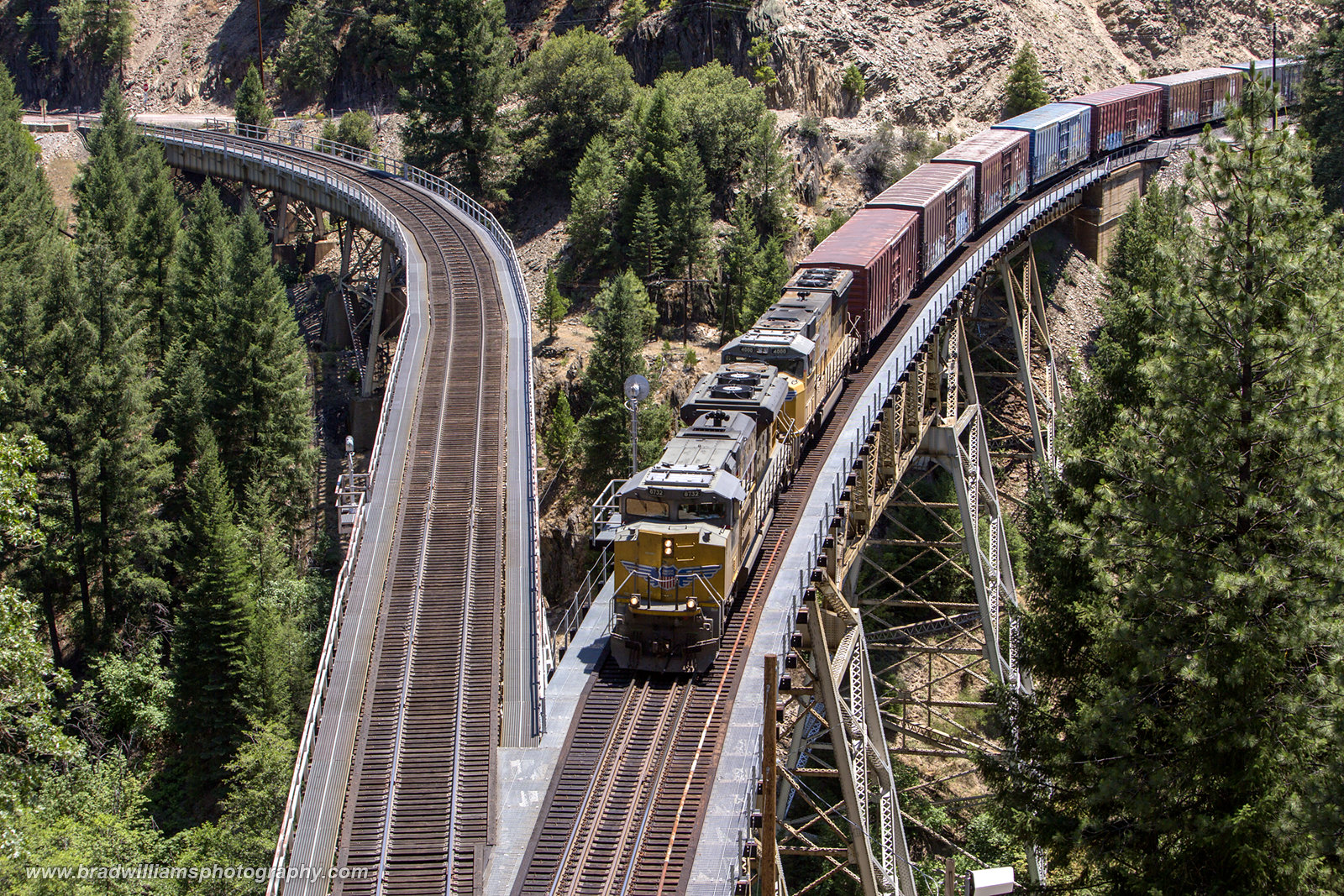 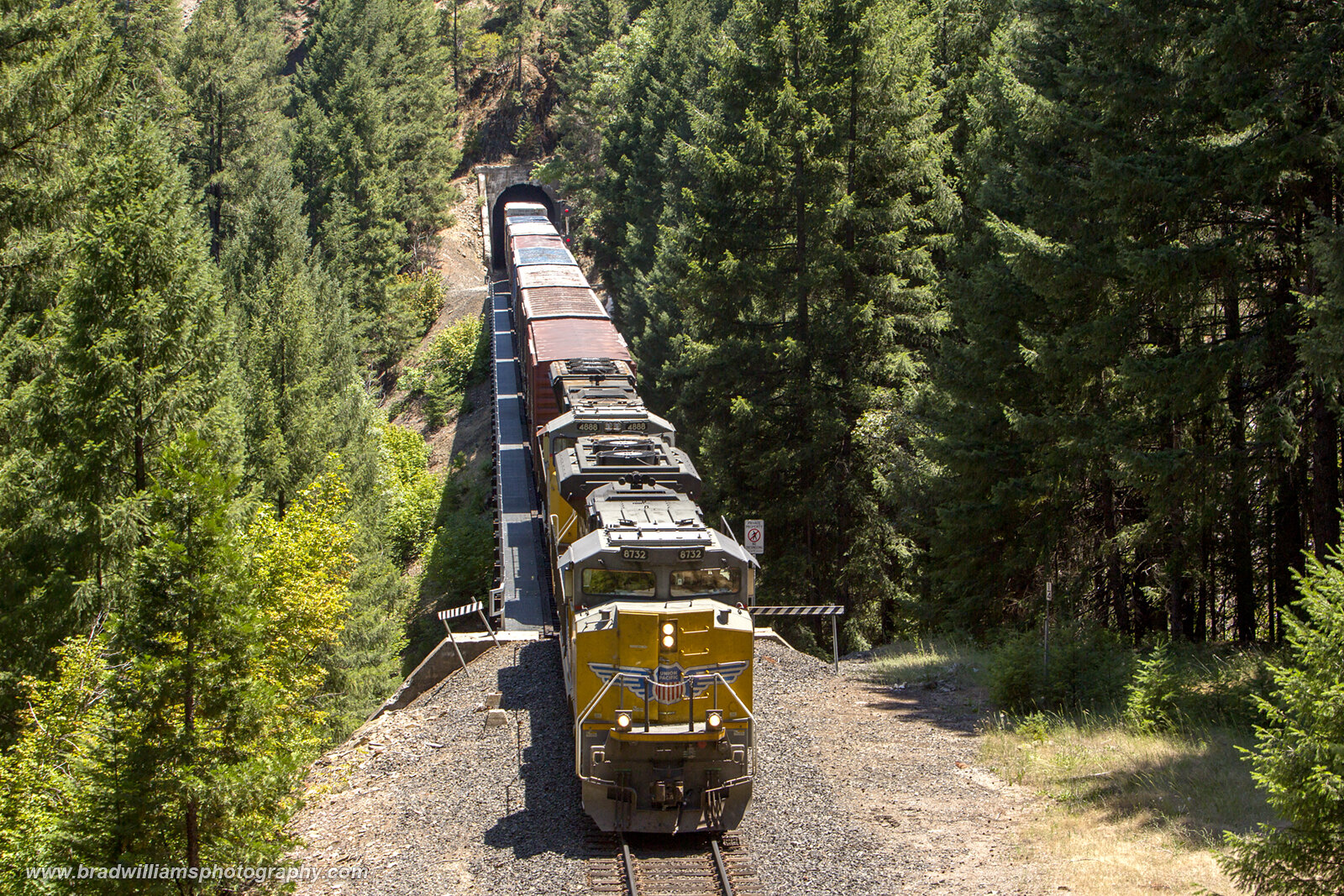 Great shots. I'm glad you made it. I made it up there twice when I lived in Sacramento in the early 70's-early 80's. There is probably much more traffic now than when it was the WP.

I hope MP 18 is on your railfan bucket list.
D

Is there a third 'leg' of the wye, presumably hidden in a tunnel?

Damon Hill said:
Is there a third 'leg' of the wye, presumably hidden in a tunnel?
Click to expand...

There used to be a 3rd leg thru the hill but it's not used any more.

cajon said:
There used to be a 3rd leg thru the hill but it's not used any more.
Click to expand...

In the mid 80's there was a derailment on the WP mainline at the Keddie yard a few yards to the right of the last box car in Brad's second photo. The WP used the portion of the wye that runs through the tunnel to keep east-west traffic moving while the derailment was cleaned up and rail repaired.

Cabooses were attached to both ends of freights. Eastbounds were routed up the north leg of the wye (left leg in Brad's photos) on the "High Line" towards Bieber. Once the caboose cleared the switch, the train was backed east through the tunnel into the yard. Power was added to what now became the head end. The power on what was now the rear of the train was removed and left waiting in the yard for a westbound. The process was reversed for westbounds.

A railfan happened to be standing on the highway where Brad took the first two photos and filmed the derailment as it happened. The derailment, caused by a broken rail, took place almost exactly where I had parked my car during a visit to the wye several years earlier. My friend was handicapped and remained at my car while his son and I walked around the area. He most likely would have been killed and my car buried under freight cars had the derailment occurred while we were there.

It was a different era and the WP was very tolerant of railfans on their property as long as you didn't do anything stupid. Times have changed and I wouldn't do many of the things now that I did back then.
Last edited by a moderator: Jul 2, 2017