BNSF/GN Switch Engines Get My Goat

On 29 Jan 2015 I was photographing trains at TR Junction in Tacoma, WA. A south bound merchandise train roared passed me and through the Reservation interlocking. In the power was a switch engine labeled for the Great Northern Railroad. At the time, BNSF was in need of a block of locomotive numbers for some new units coming on line. To free up those numbers, the 3400 number series of switchers were reassigned to the GNRR. Even so, I could still see the BNSF swoosh under all that orange paint. I was hoping this unit would have Great Northern spelled out and a Rocky emblem on the side of the hood. 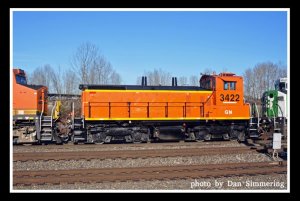 ​
Having used Photoshop for many years, I decided it was time to do some creative layering. The result is shown below. Probably the switch engines will not belong to BNSF much longer, but it would great if BNSF did one or two of these engines like the following photo. 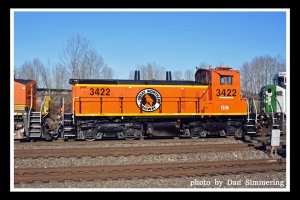 I'm all for that!