I recently got my first DSLR, so I headed down to my regular spot in Ashland, Nebraska to try it out. I found a Canadian Pacific AC4400CW on trailing on what I assume was an oil train. It was definitely a pleasant surprise. From what I heard it was siting there for most of the day. I feel bad for its crew. 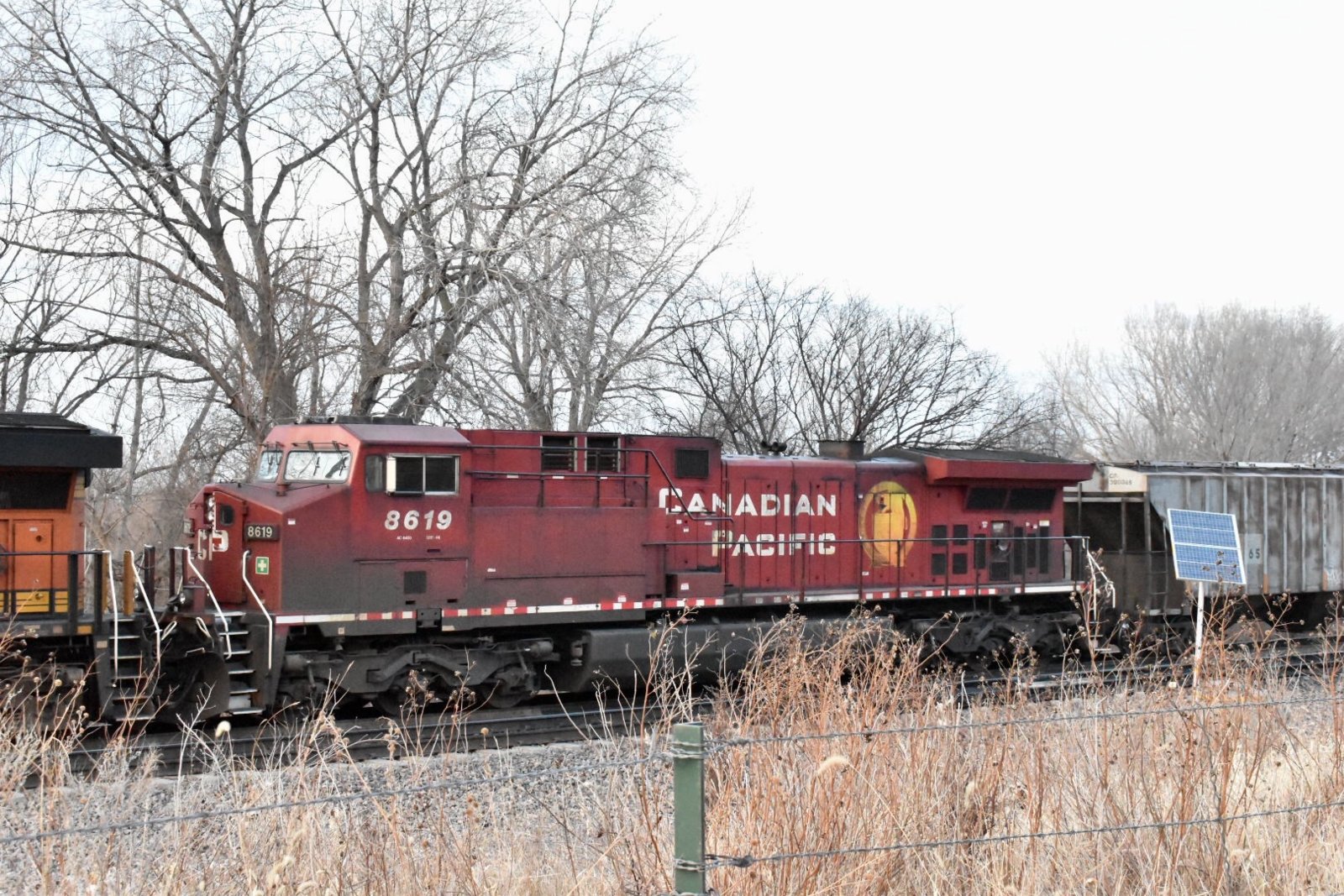 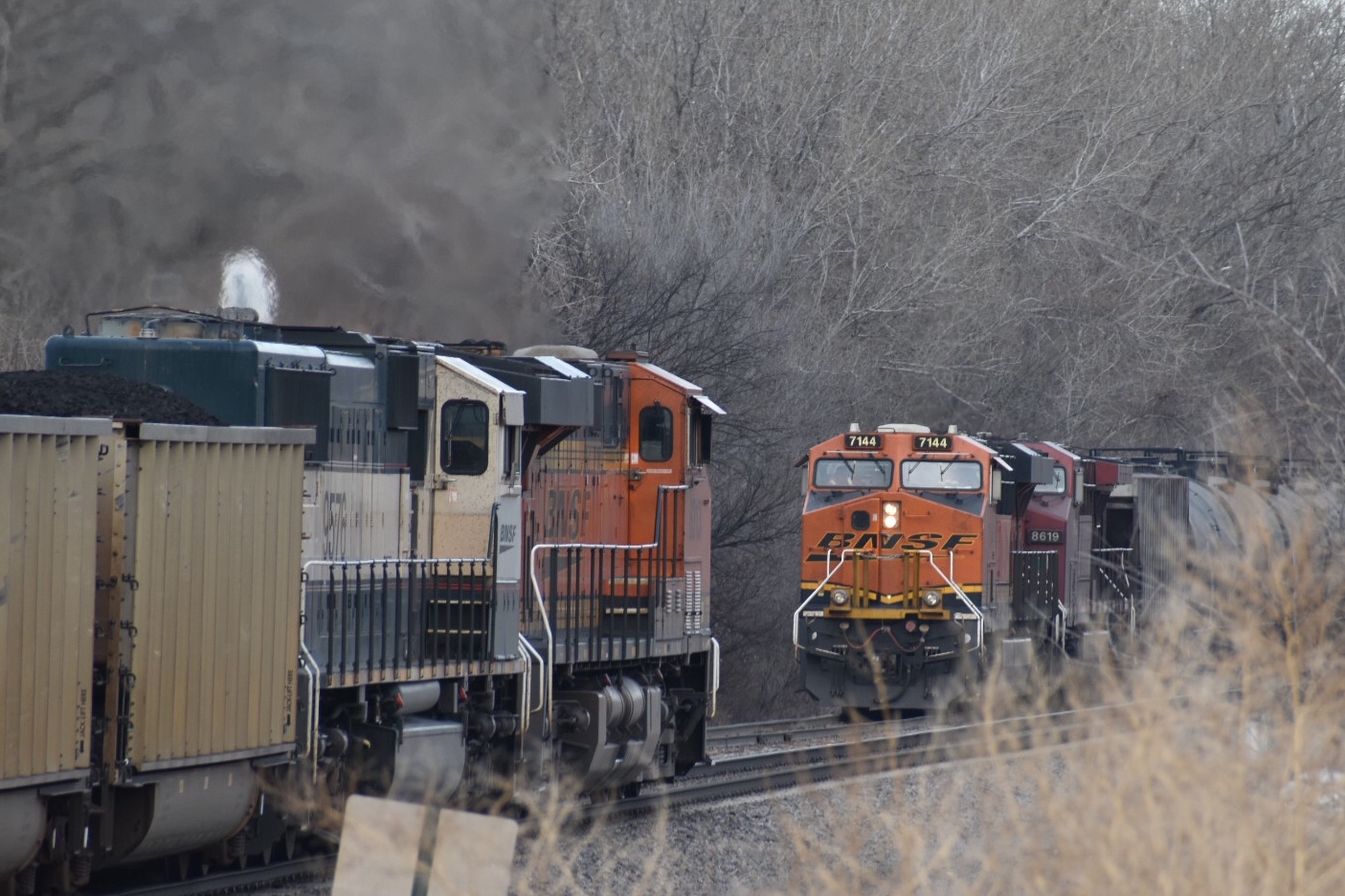 The Omaha Posse picks up another member. Congratulations on the new dSLR and I hope to see many more of your photos here. I like the pattern of the bare branches above the two orange units in photo #2.

Bill, I think you can see those branches a little bit better in this picture. Trees are always interesting. 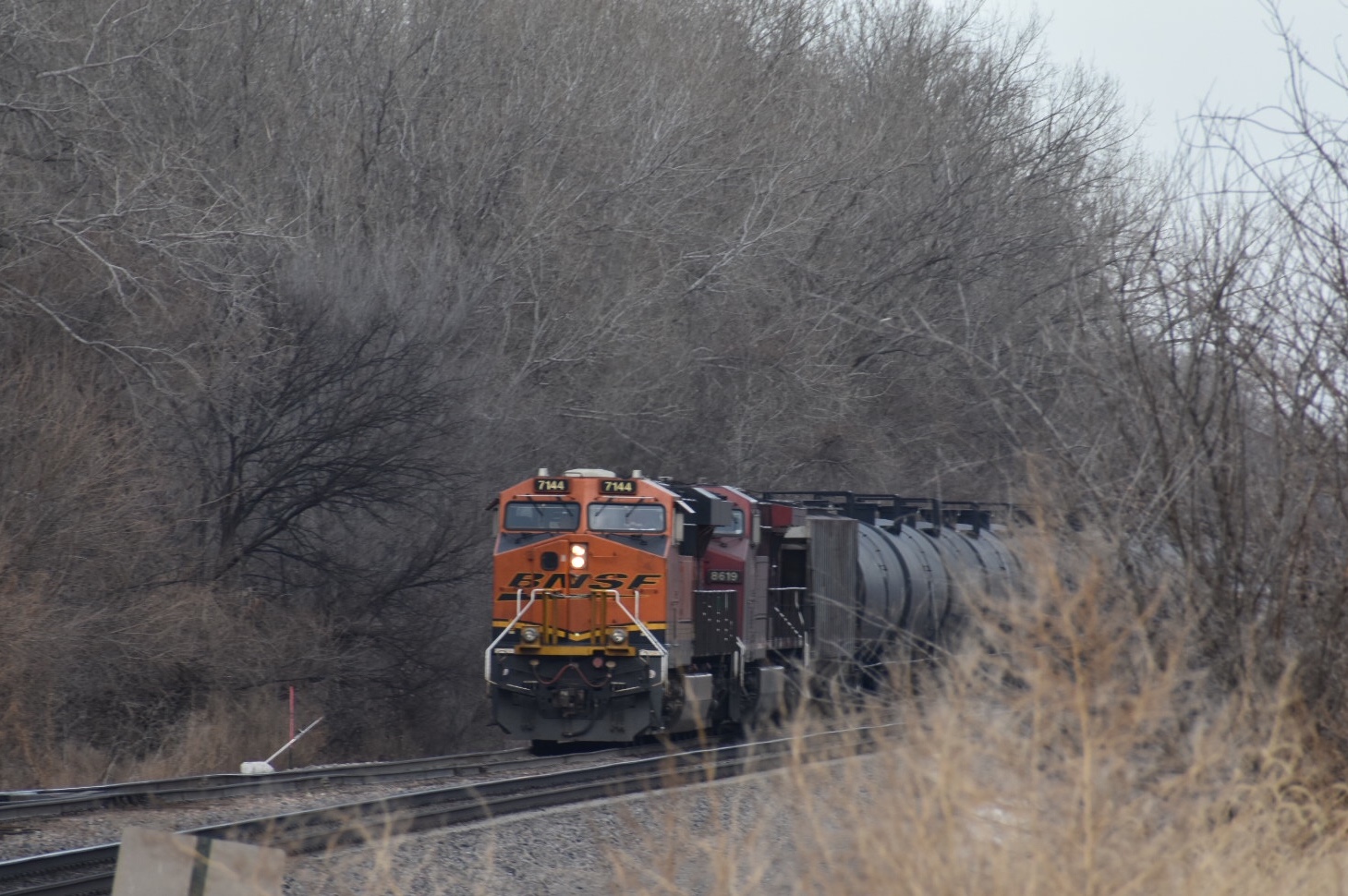 If I see somebody taking images in Ashland I'll stop and say howdy.

CGW101c said:
If I see somebody taking images in Ashland I'll stop and say howdy.
Click to expand...

I like that close up of the bare trees + train.

You guys should all meet up at a local coffee shop and talk trains.

CGW101c said:
If I see somebody taking images in Ashland I'll stop and say howdy.
Click to expand...

I hope to run into ya sometime!

I went down to Ashland today to see if there was anything going on. I sat around for half an hour while this crew wrapped up doing trackwork, and then a westbound came through a little bit later. 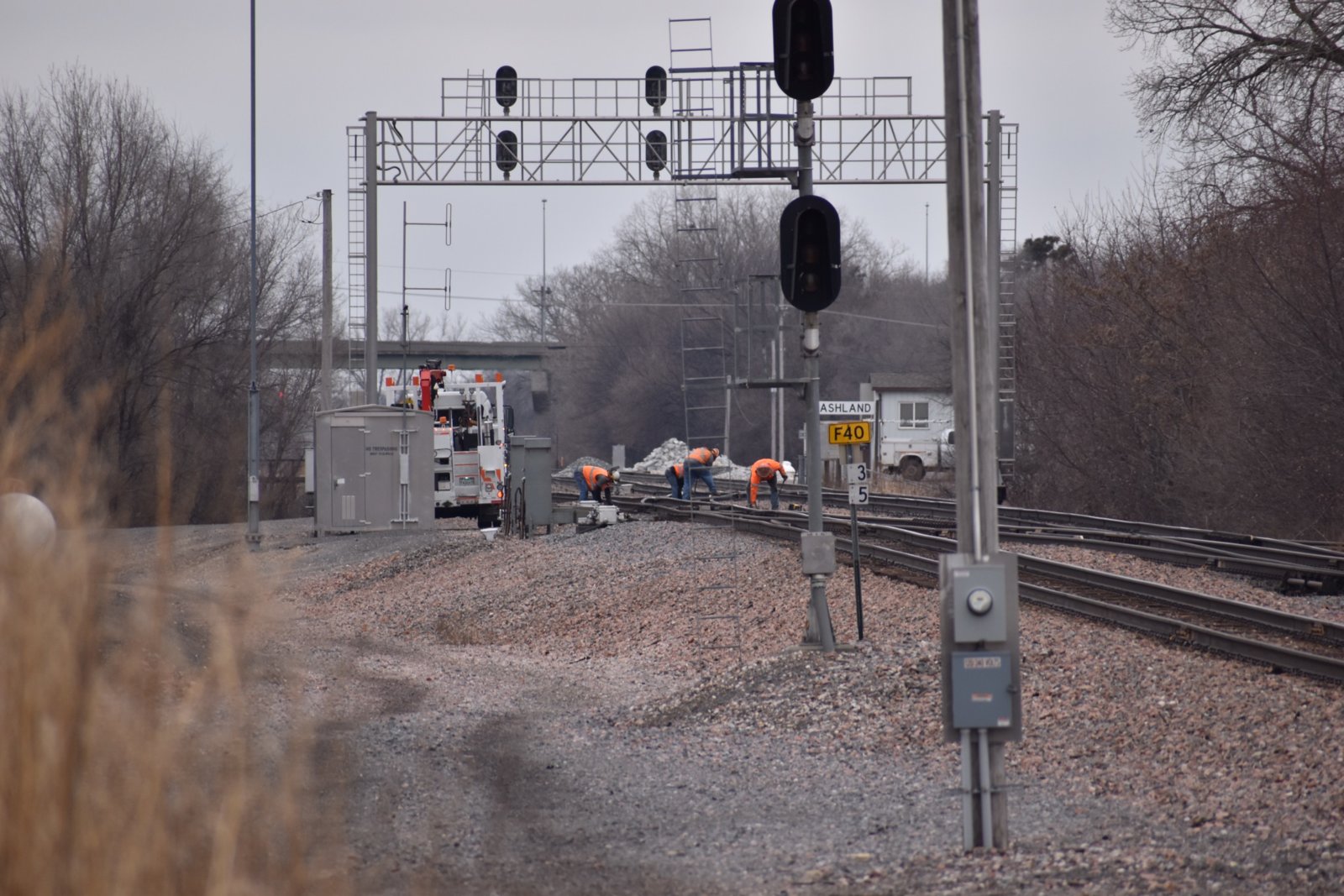 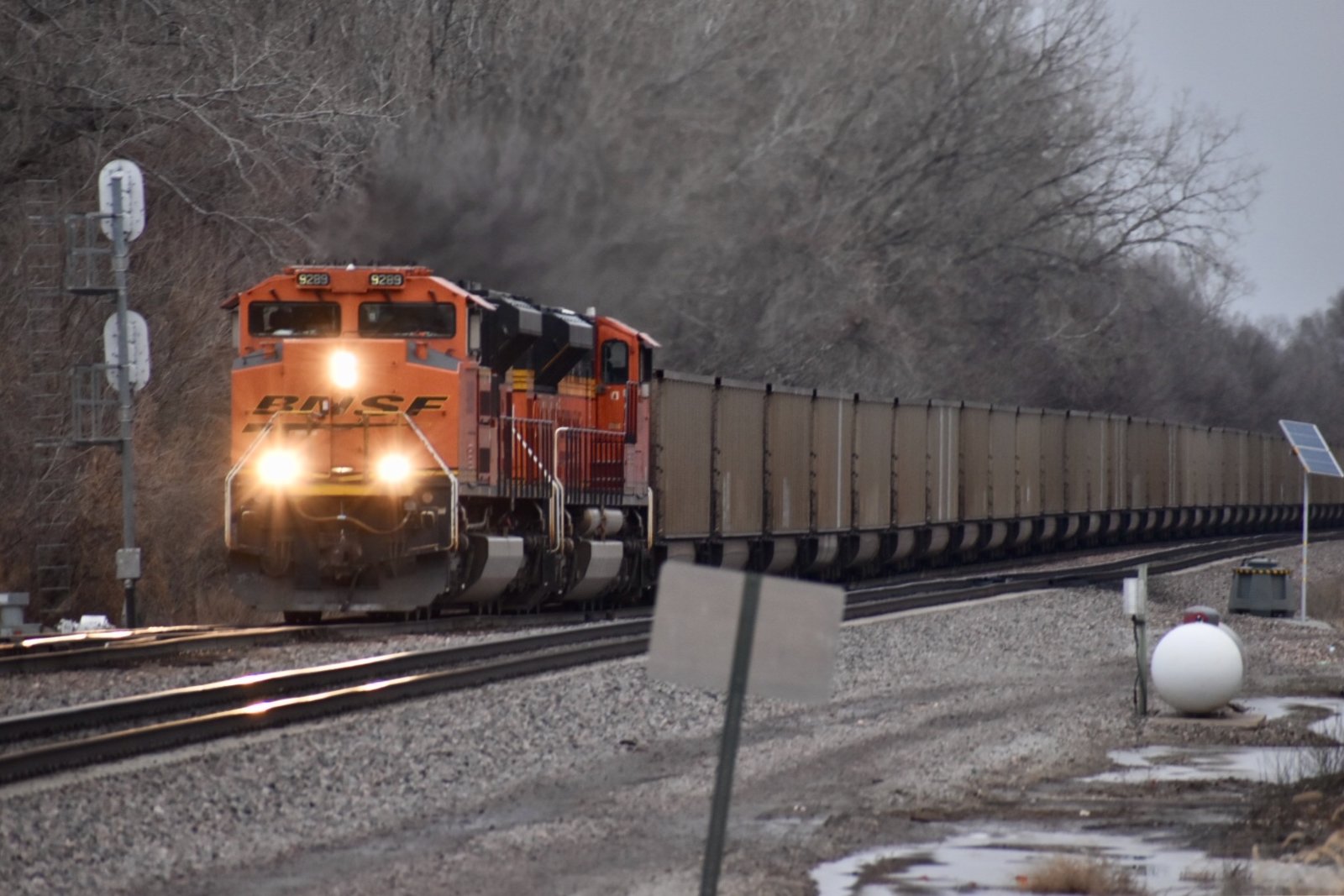 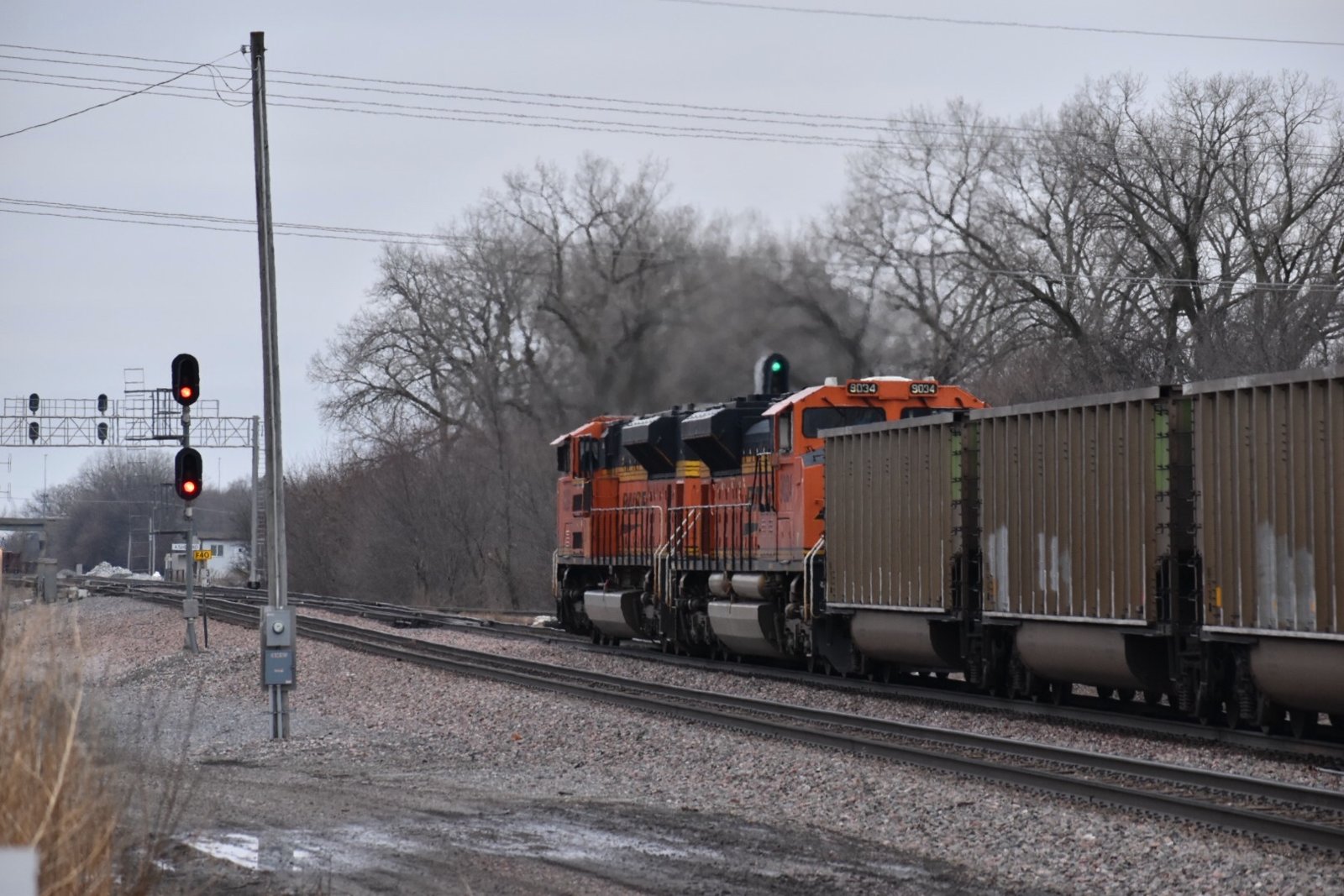 I headed down to Ashland for a little bit yesterday, but first I stopped in Gretna to catch the late Amtrak 6. It had a friendly engineer who gave me a nice little horn show as he flew by. 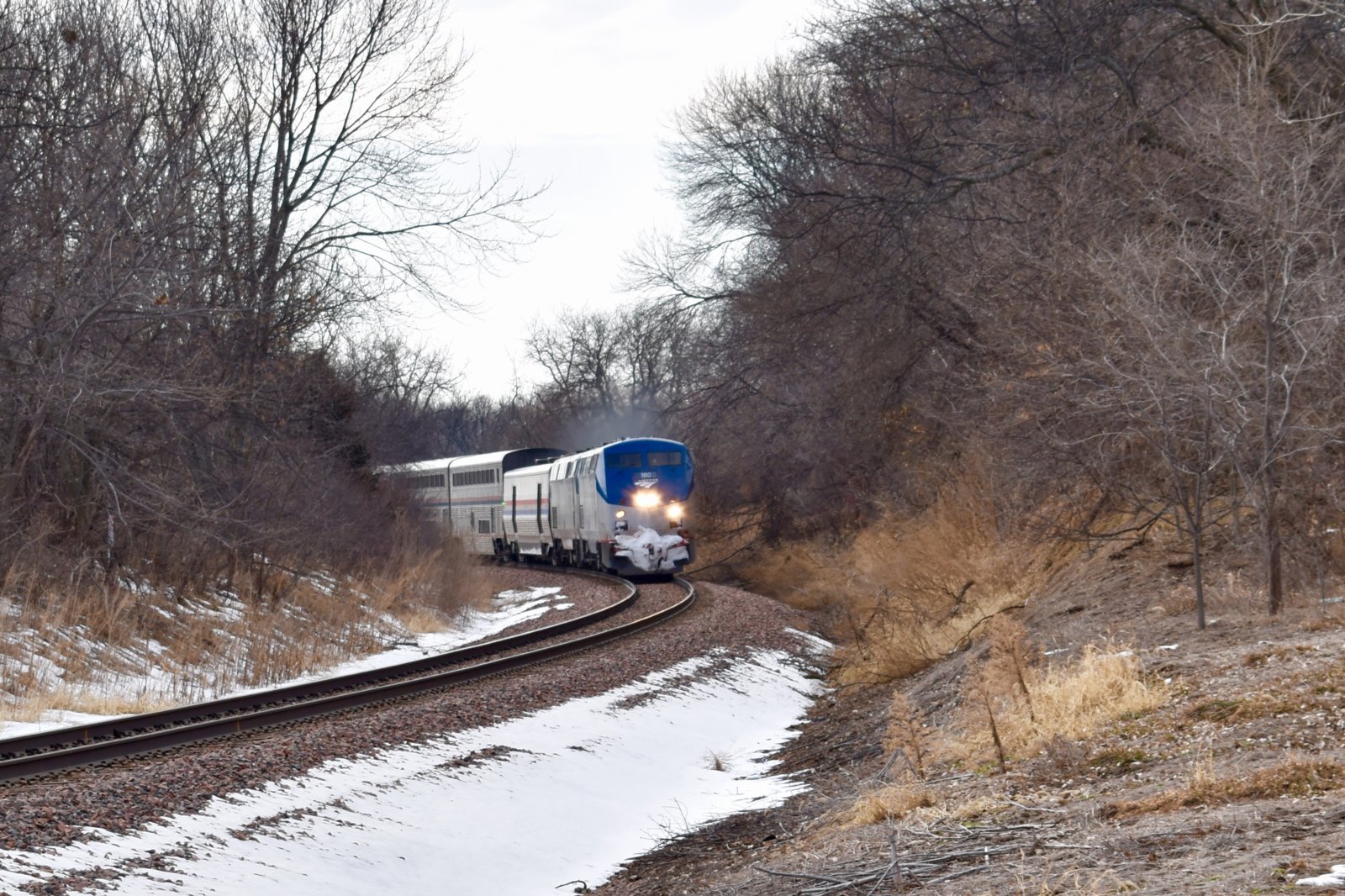 Now, at Ashland, a horribly backlit train crawled by with a short string of cars loaded with large rocks. I wonder if they’ll be dumped by the tracks along the Platte River around Louisville or somewhere else. 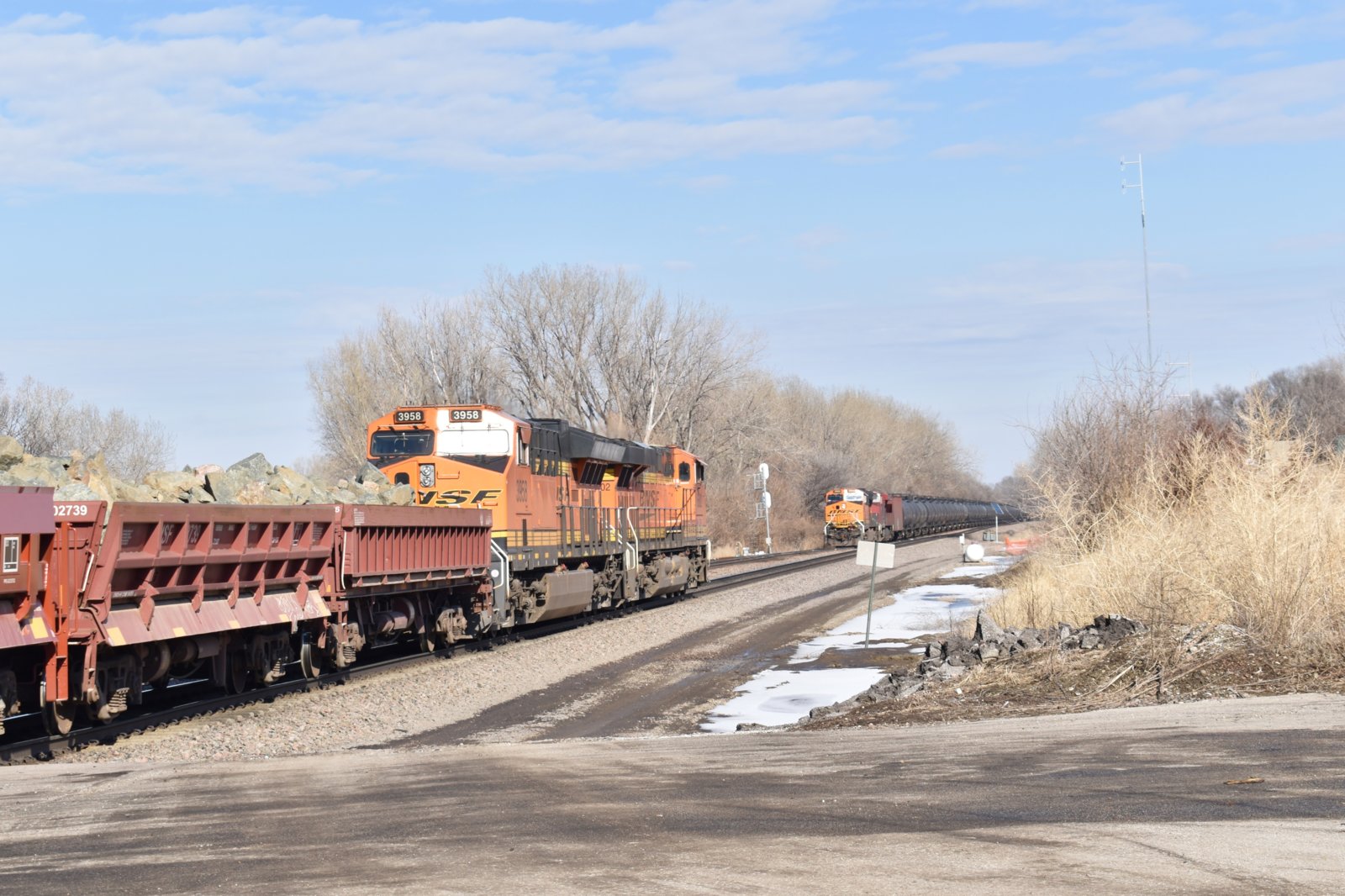 Finally, a SOO Line hopper and CP 8001 roll up the east side of the wye on the tail end of a freshly re-crewed tank train. 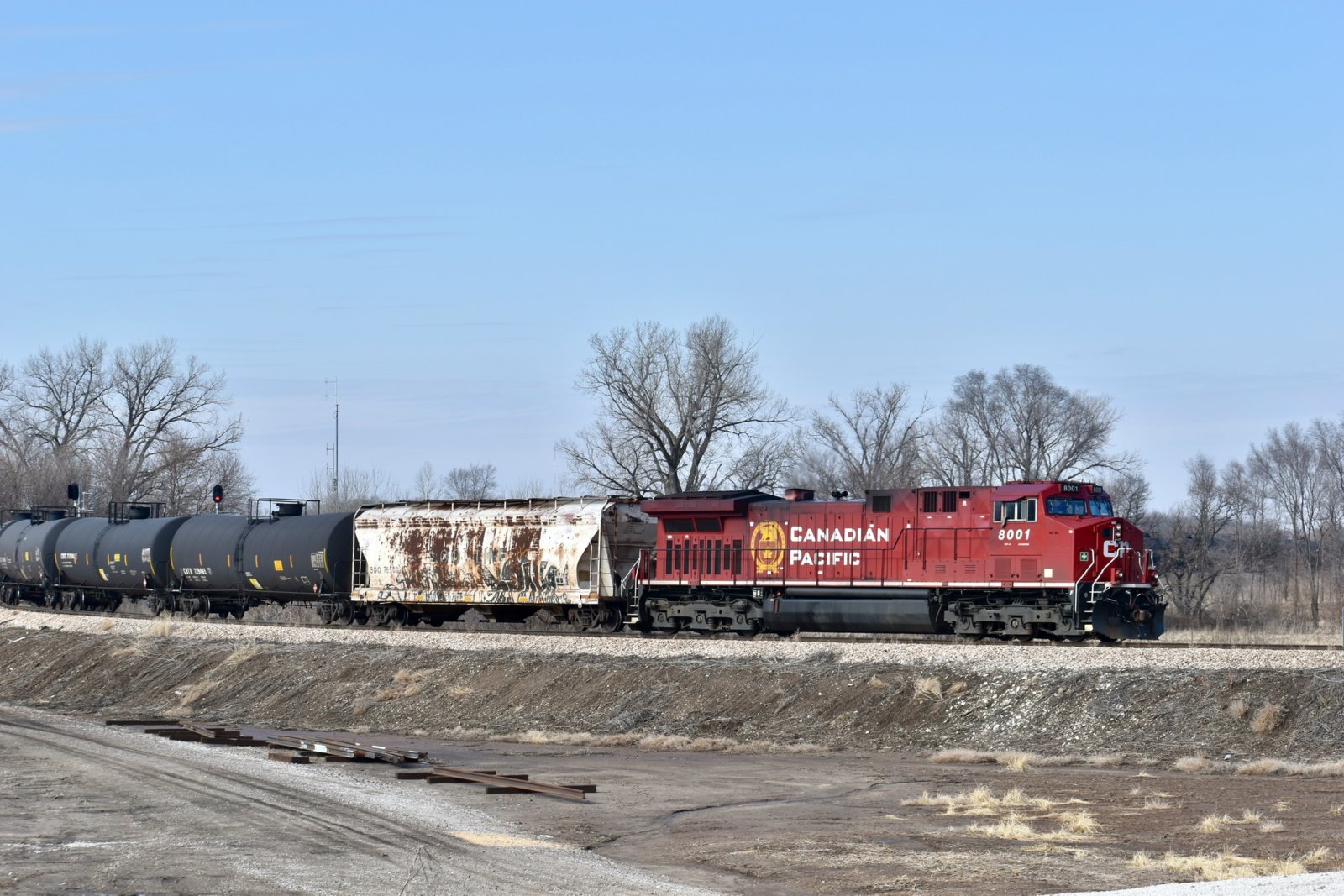 Let the sunshine in.

I grew up in Ashland. Been gone for 30+ years, but mom and dad are still there.

I can remember going to the depot cafe to eat. They had high, wooden booths; I can remember sitting in the booths and feeling the vibration when trains went by on the mainline only about 20 feet away. The cafe burned in I believe the late 70's.

Mom and dad's house sits less than a block from the old Schuyler Line ROW. It was still active up until around the time I was in junior high. A local would go out on Saturday morning; it moved slow, so we could hear it coming a ways off. We would run down and put pennies on the track and then retrieve the flattened pennies after the train had passed. The train would return usually late afternoon or early evening. Dad has lived in the same neighborhood his entire life; he can remember steam engines running up and down that line.