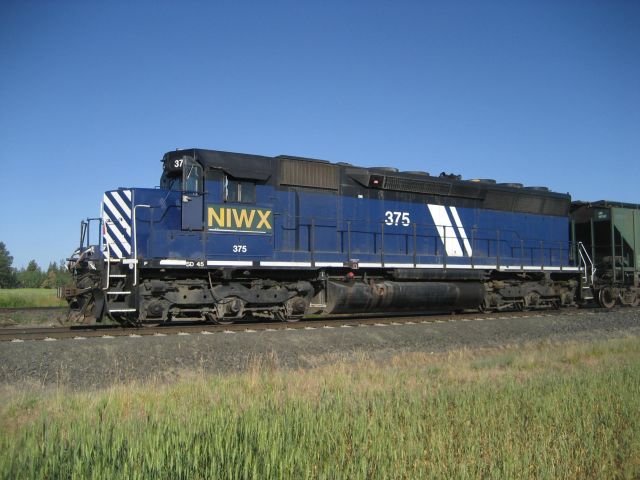 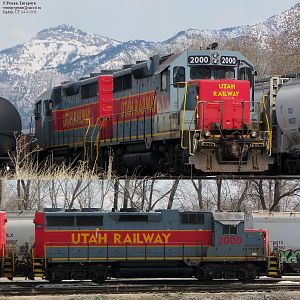 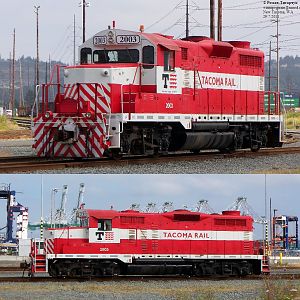 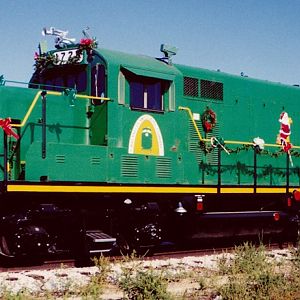 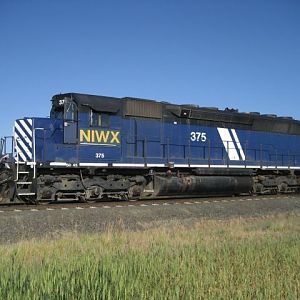 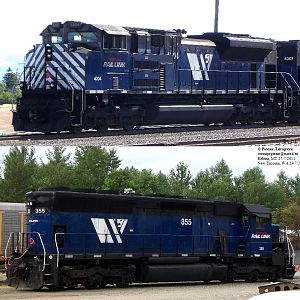 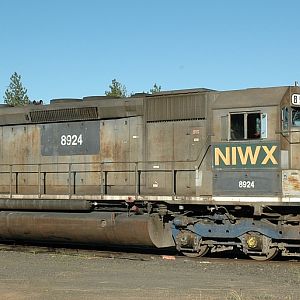 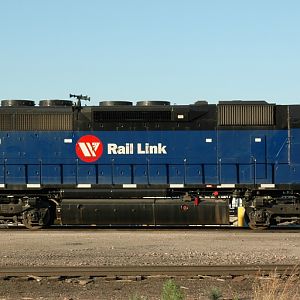 Now that most of MRL's older SD45's, the &quot;flares&quot;, have been retired,
It is nice to see one still alive and earning its keep.
NIWX 375 works for the Eastern Washington Gateway Railroad and
is seen on the Geiger Spur on 7/28/2011.
This unit was ordered by the Pennsy in 1968, delivered to Penn Central,
served Conrail, and later C&amp;NW and MRL. It is a good unit.