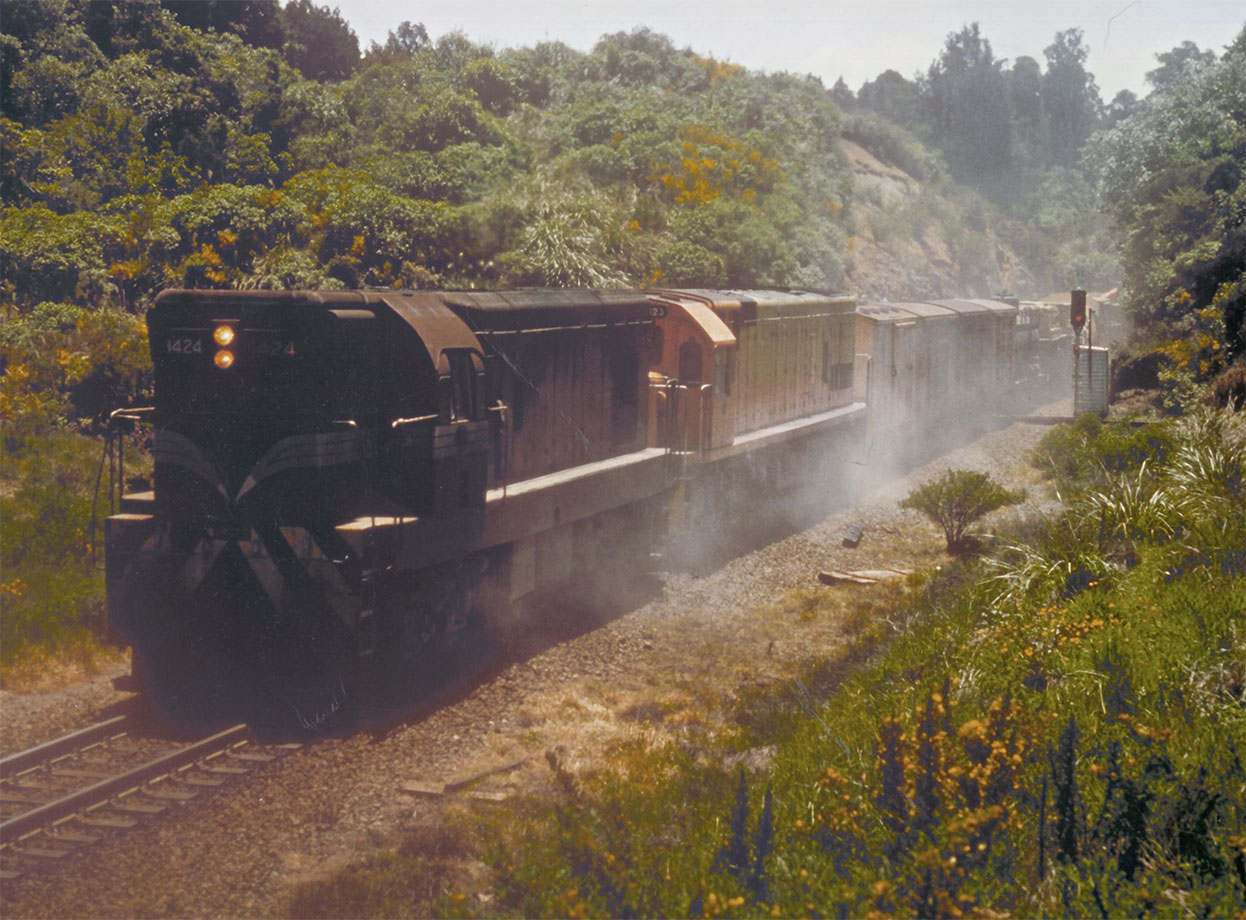 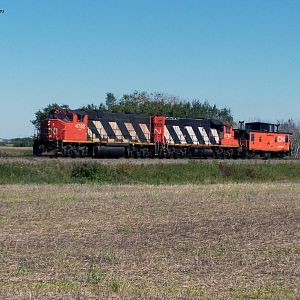 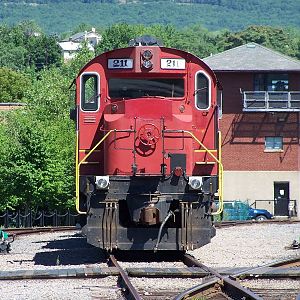 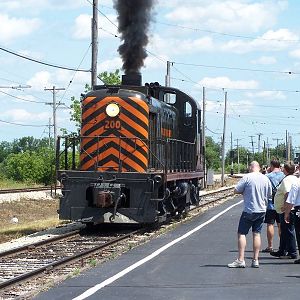 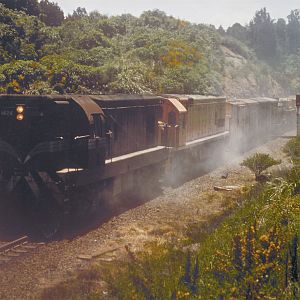 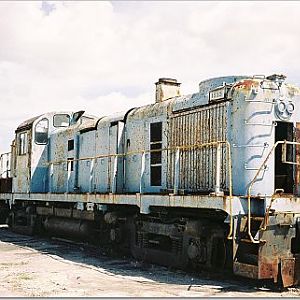 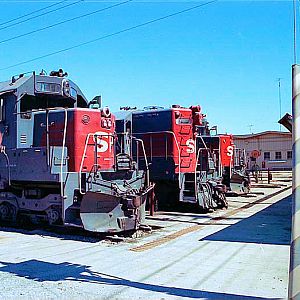 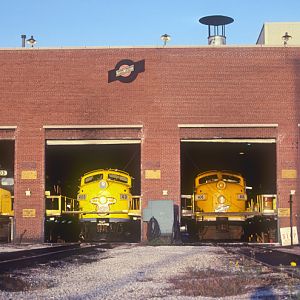 EMD La Grange G12A DA 1424 of 10/1955 banks GE U26C DX2623 of 1975 up the Raurimu Spiral in New Zealand. Early 1980's.
Click to expand...
nice shot,intresting signal in back ground would like to see a shot of that.
The line is CTC territory with that signal about halfway between two crossing loops thus allowing for a following movement before the first train gets to the next section. NZR rules in CTC require two lights to be displayed, but in this situation only three different aspects are required, either green, yellow or red over red are required, so the top unit has three aspects, whilst the lower unit has only a red marker light.

Thank for the great info,nice work ,if you do have any old photos of these type signals please post one i would love to see one .Hobo&gt;
Ditto to hobo's request.