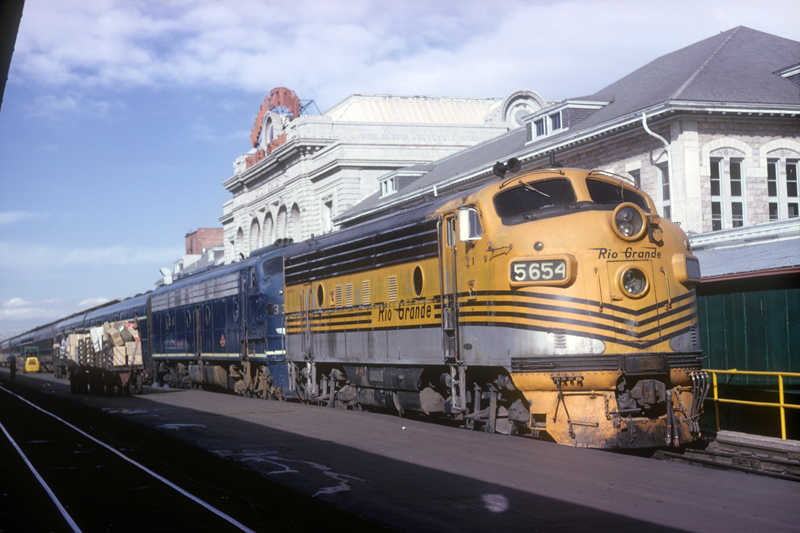 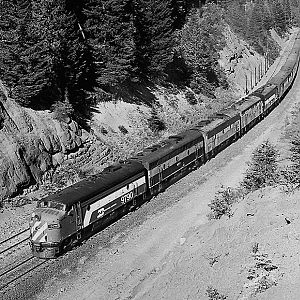 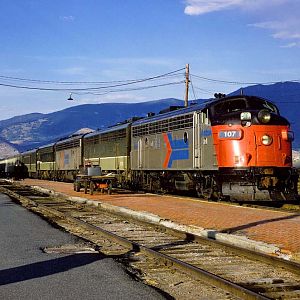 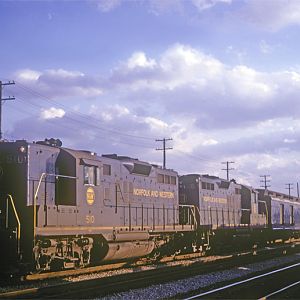 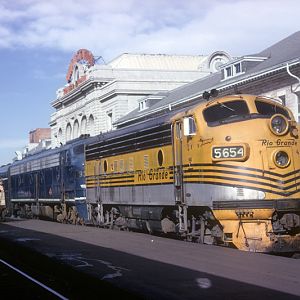 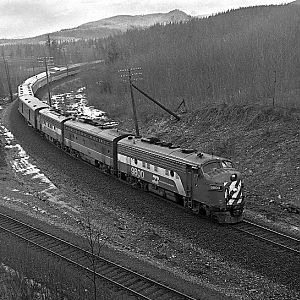 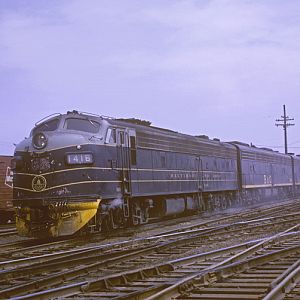 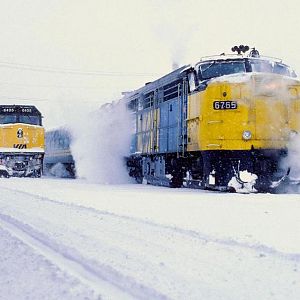 Many moons ago, I contributed this photo to a book by Joseph A. Strapac entitled, &quot;Rio Grande Diesels, A Pictorial History, Vol. 1&quot;, and in it he captioned the photo thusly:

&quot;Rio Grande passenger trains #3 and #4 were in actuality a contract service for the Missouri Pacific so that its 'Colorado Eagle' train could reach Denver, rather than terminate with the MP freigt trains in Pueblo, Colorado. Ready for its afternoon departure to St. Louis, the seven car train will go out on August 20, 1964 behind D&amp;RGW #5654 and Texas &amp; Pacific's 1951-vintage E-8 #33. Last gasp for this service was to come in May of 1966.&quot;

I would suppose there is a good reason why the Rio Grande unit had to lead. Perhaps the extra 1500 horsepower helped across the rolling terrain between Denver and Pueblo. I'm aware of the Chicago &amp; North Western's insistence on a C&amp;NW unit leading on all trains on their system; it was to trip the signals with an induction coil generally located on the front truck of all C&amp;NW road locomotives in this era. I'm not sure why the D&amp;RGW #5654 would have to lead this train.

Click to expand...
Great shot, A perfect 10 if I could rate this photo
Good point -- why can't we rate this photo. It deserves a 10. And the info with it (as seems to be Mr. Zeiler's gracious custom with his photos) makes it a 10+.
I have no idea why the rating thing doesn't work. It's turned ON in my Profile, so I assume it''s a software issue. Maybe I have to post this somewhere. Right now, it's just in my Gallery while I edit it.

chuckzeiler
Excellent shot, a 10 IMO also. As for the DRGW leading, it was probably taken off the train when it was handed over to the MP to continue on its way to St. Louis. Easier to cut it off rather than cut it out and play with all the steam, signal and air hoses.

Greg
Good shot. &amp;nbsp;The extra horsepower of the Rio Grande F unit was probably needed to get the train over the Palmer Lake divide between Denver and Colorado Springs. Most E units were geared for high&amp;nbsp;speed, so a single MP E-8 may not have been sufficient. &amp;nbsp;