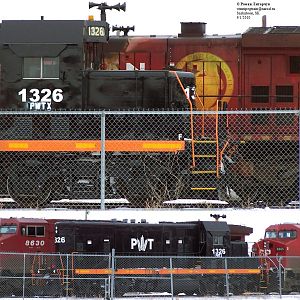 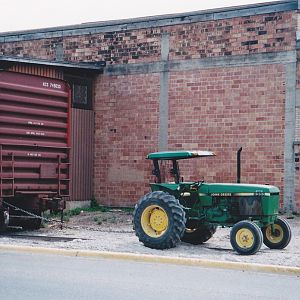 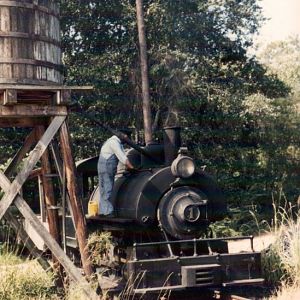 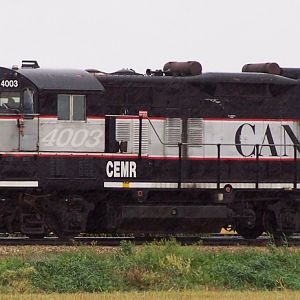 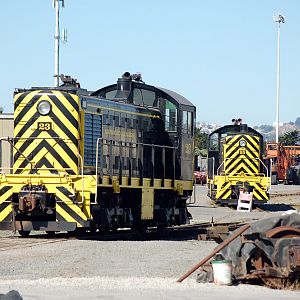 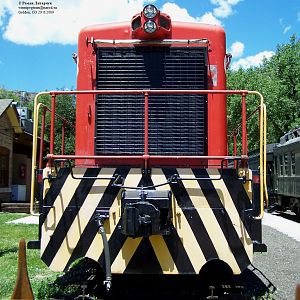 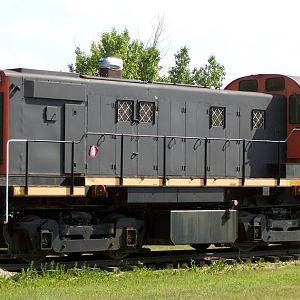 When I first started railfanning in Winnipeg I wanted to catch all four units on CEMRs roster, despite them all looking identical. #4001 &amp; 4002 regularly ran through Portage JCT, I even spotted #4000 on the train once, but no sign of #4003 anywhere, even when I visited their shop in Transcona before permanently leaving the city. Four years later CANDO wins a switching contract at the Chaviot Cargill plant near Saskatoon and sends a slightly patched #4003 for the job. Months ago he looked identical to his siblings: http://tinyurl.com/CEMR4002

With the plant being switched by CN &amp; CP, sometimes at the same time, I should refer to this place as Little Winnipeg (Chaviot isnt an actual town, merely a station sign on CPs PNL Sutherland sub). If the mayor is successful in ousting CP from downtown, this is the logical connection/detour point over the CN mainline (Dufault spur) nearly, re-connecting back at Agpro via the Warman sub, while avoiding CNs congested Saskatoon yard and providing for more trains to watch @ Riverview/Difienbaker park on the Watrous sub.