This year's Special Olympics bowling season will be held at Evergreen Lanes in Everett during September and October. I will probably spend time at the Everett Marina photographing birds and trains while my son is bowling. I can do both as Bayside Yard, one of two BNSF yards in Everett, is located across Marine View Drive from the marina.

There was a special pre-season bowling session for the athletes Saturday (8-25-18) afternoon, so I dropped my son off at the bowling alley and headed down to the marina. Although it was cool, cloudy, and overcast; smoke from the wildfires still persisted. At least I did not have to deal with heat waves like on sunny days.

Two northbound trains were in the yard when I arrived. At this point they are truly northbounds as the east-west Scenic Sub splits off from the north-south Bellingham Sub farther south in Everett. 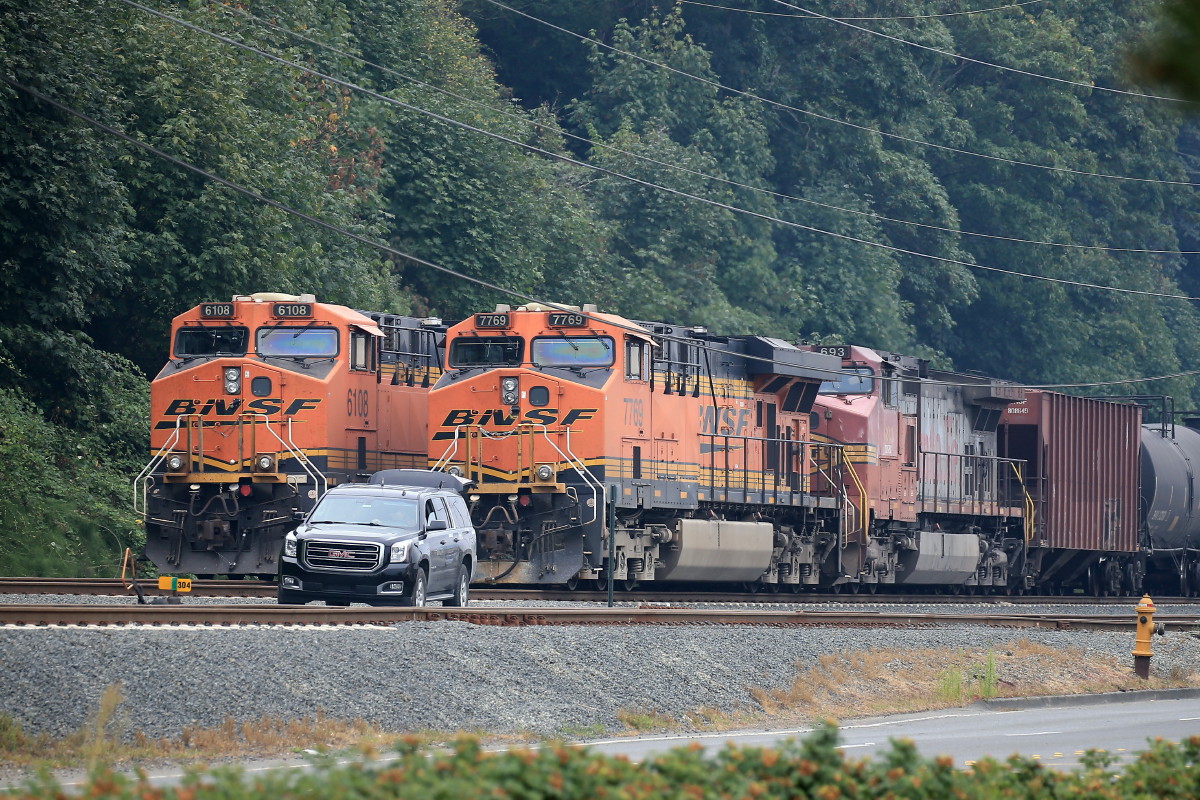 A third train, an oil tanker, pulled into the yard. I noticed the headlight of the first train, another oil tanker, had been turned on. I assumed it would be departing soon. 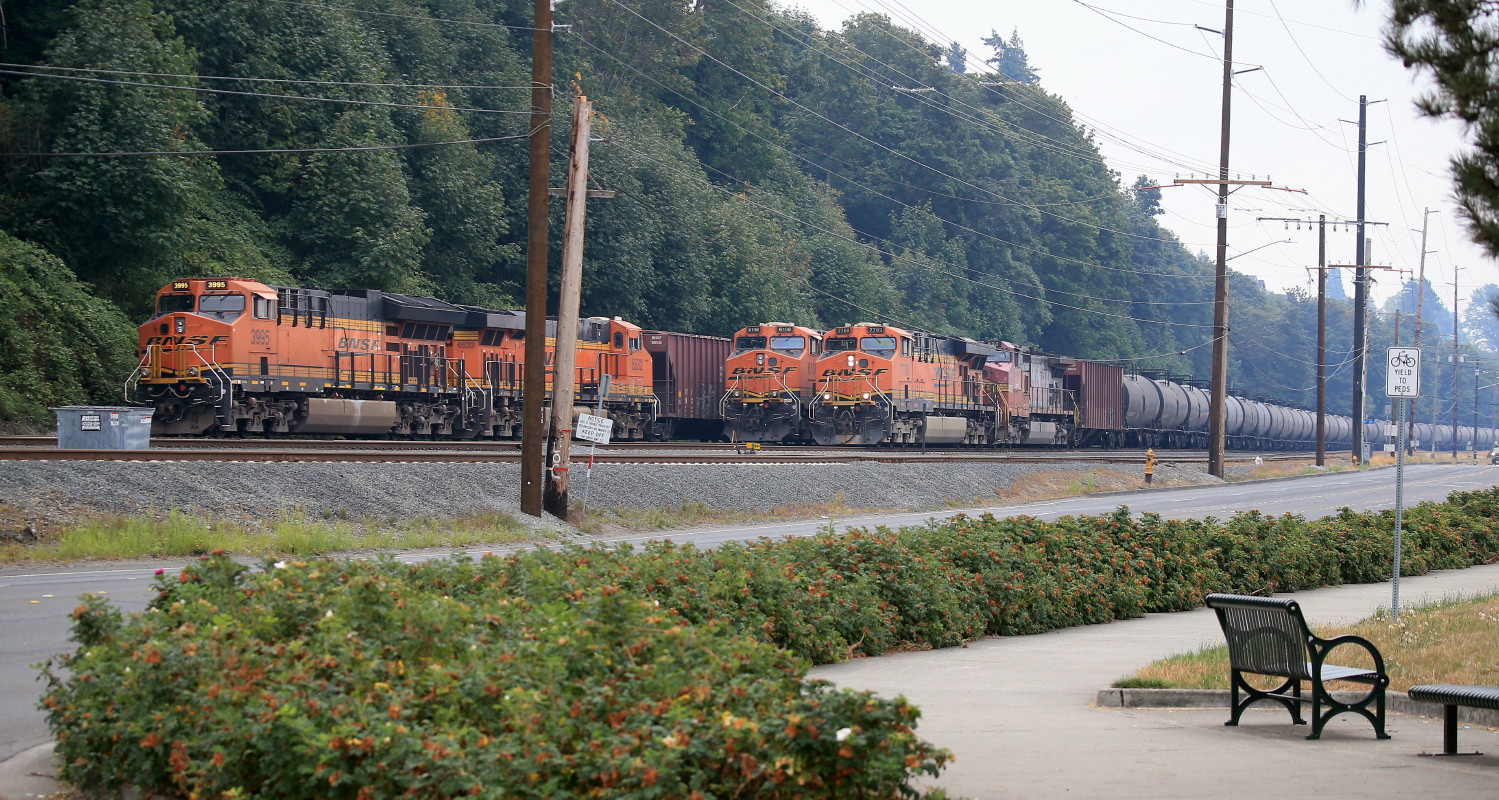 And so it did. The second unit was a patched Santa Fe War(p) bonnet in need of repainting. 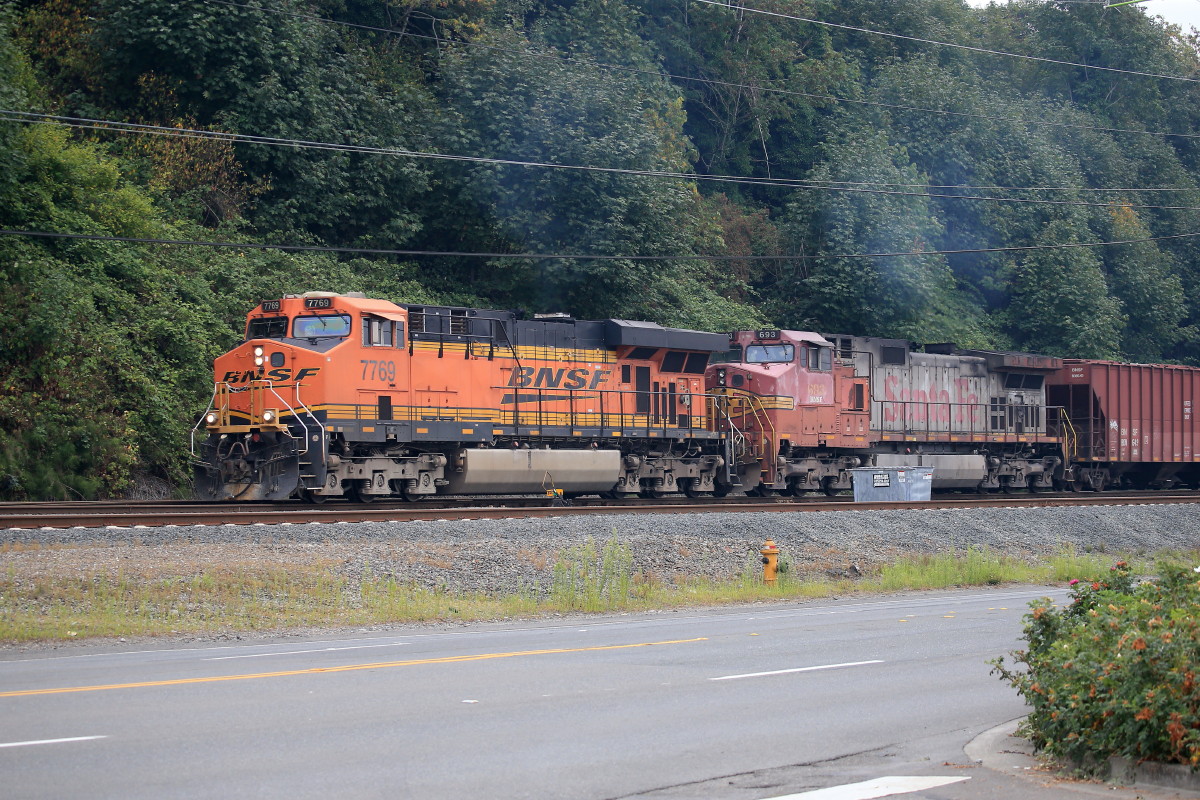 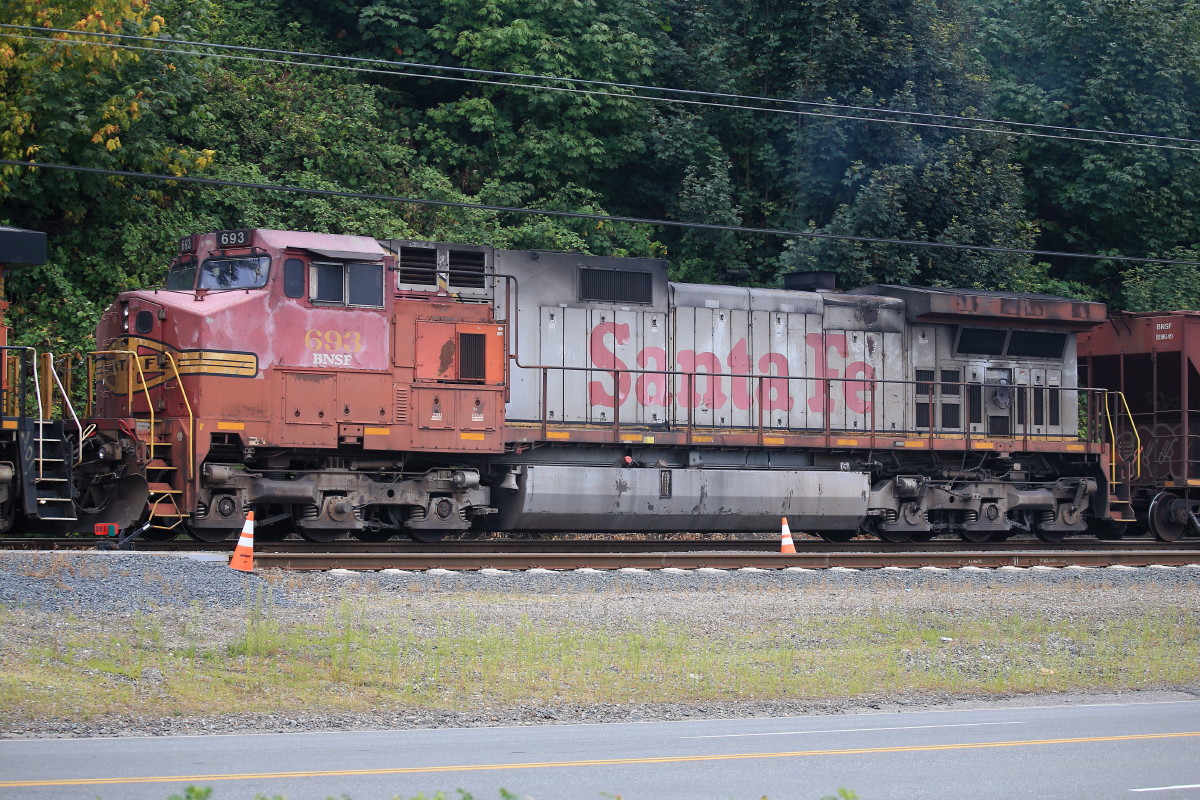 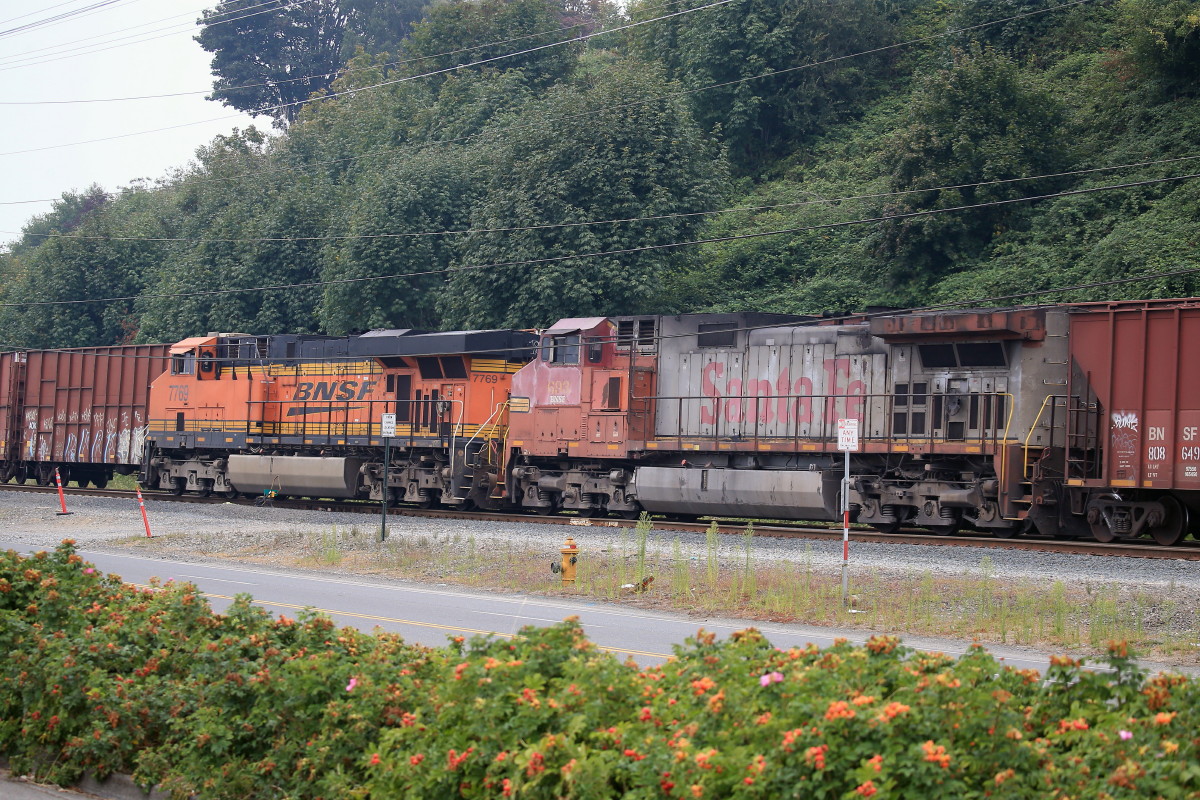 The tanker took forever to clear the yard. The tracks curve sharply to the right, then sharply to the left through a wye before crossing the Snohomish River. 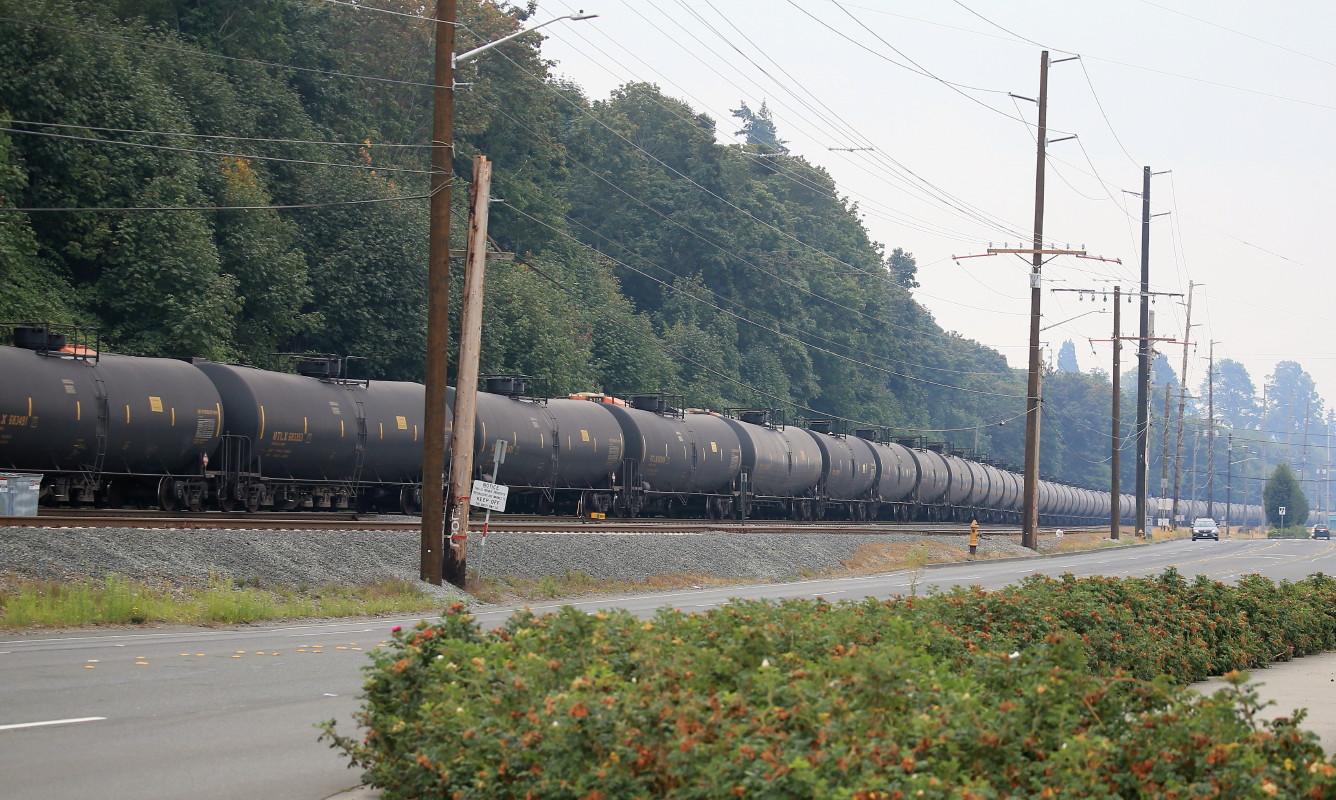 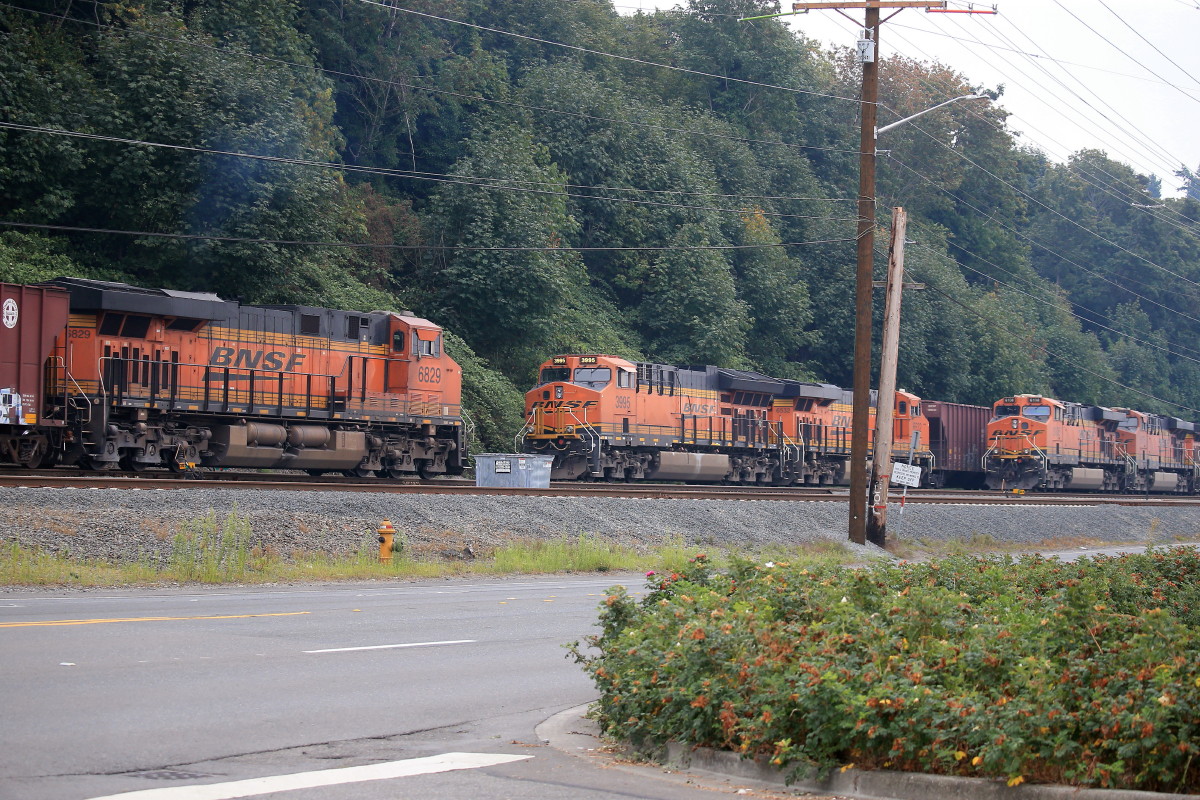 The lead diesels were probably over the bridge by the time the rear DPU passed me. 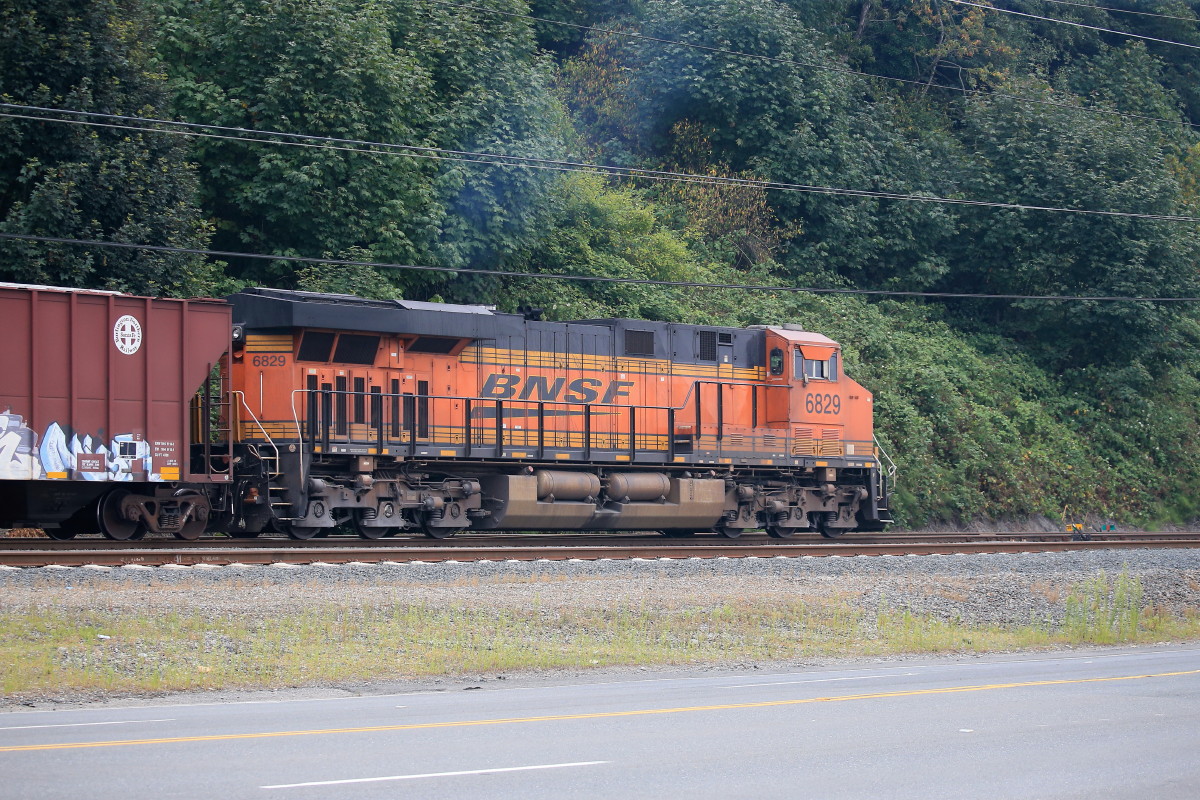 The headlight of the second train, a Canada bound coal train, lit up shortly after the oil tanker finally cleared the yard. 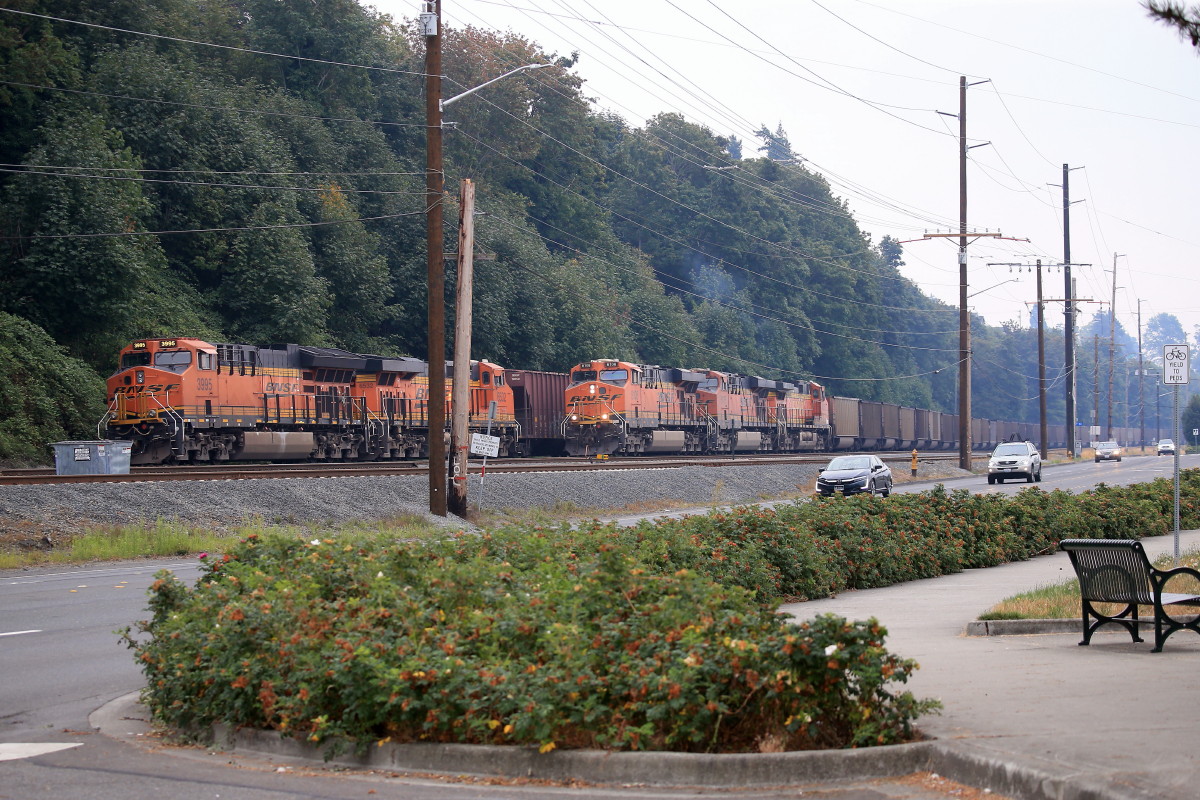 Like the oil tanker, the coal train took a while to clear the yard. 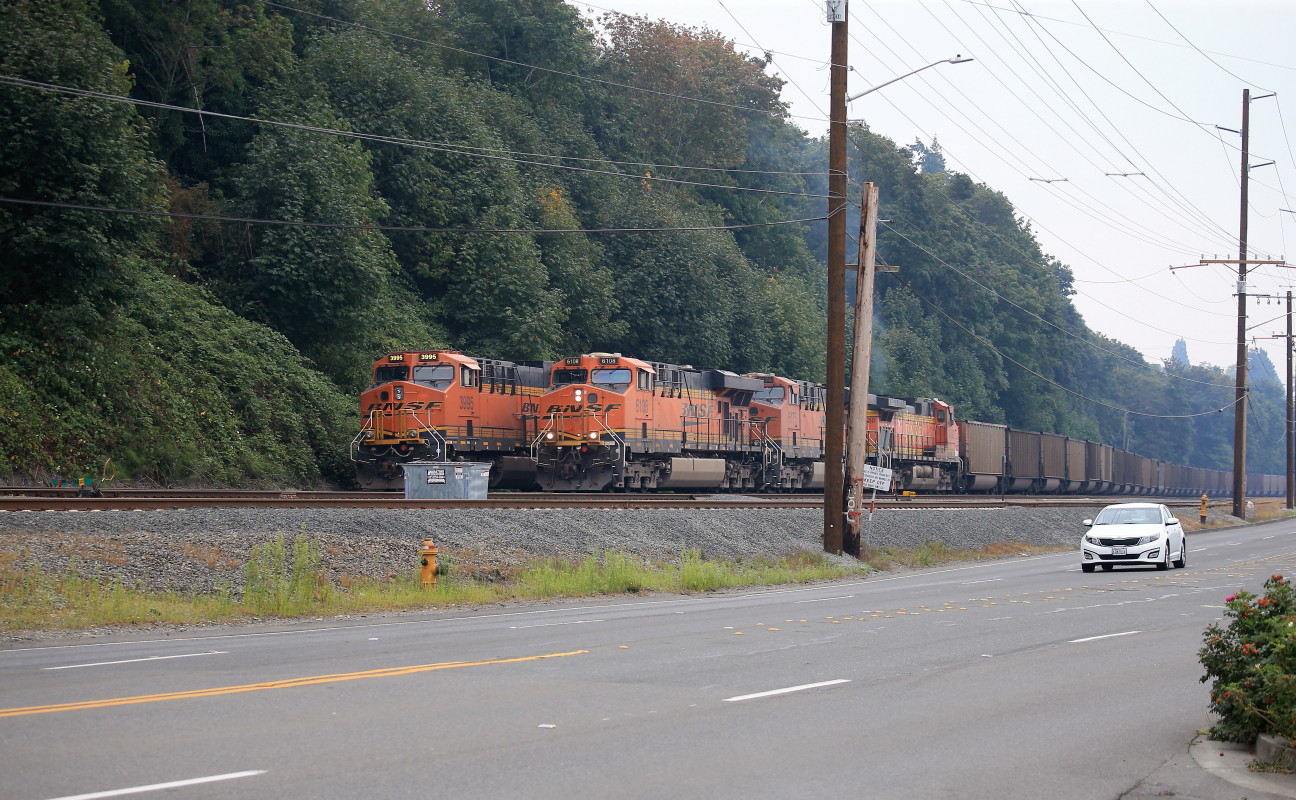 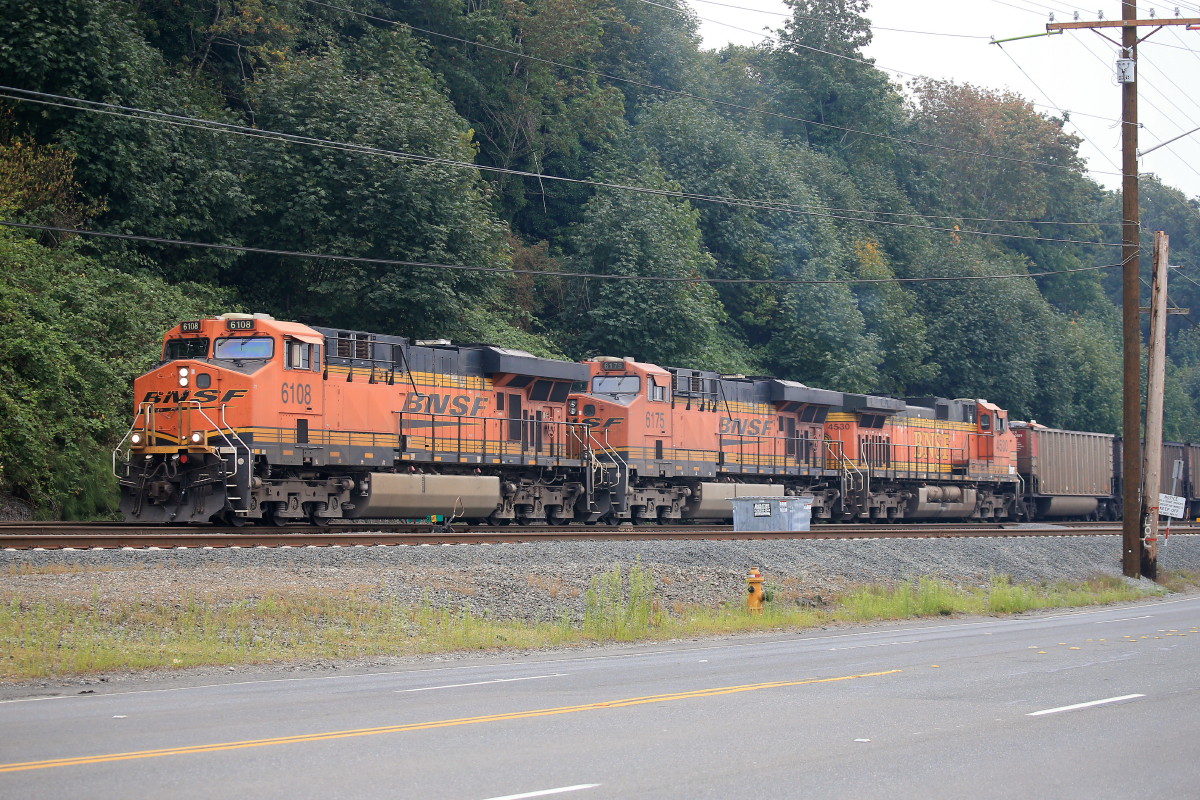 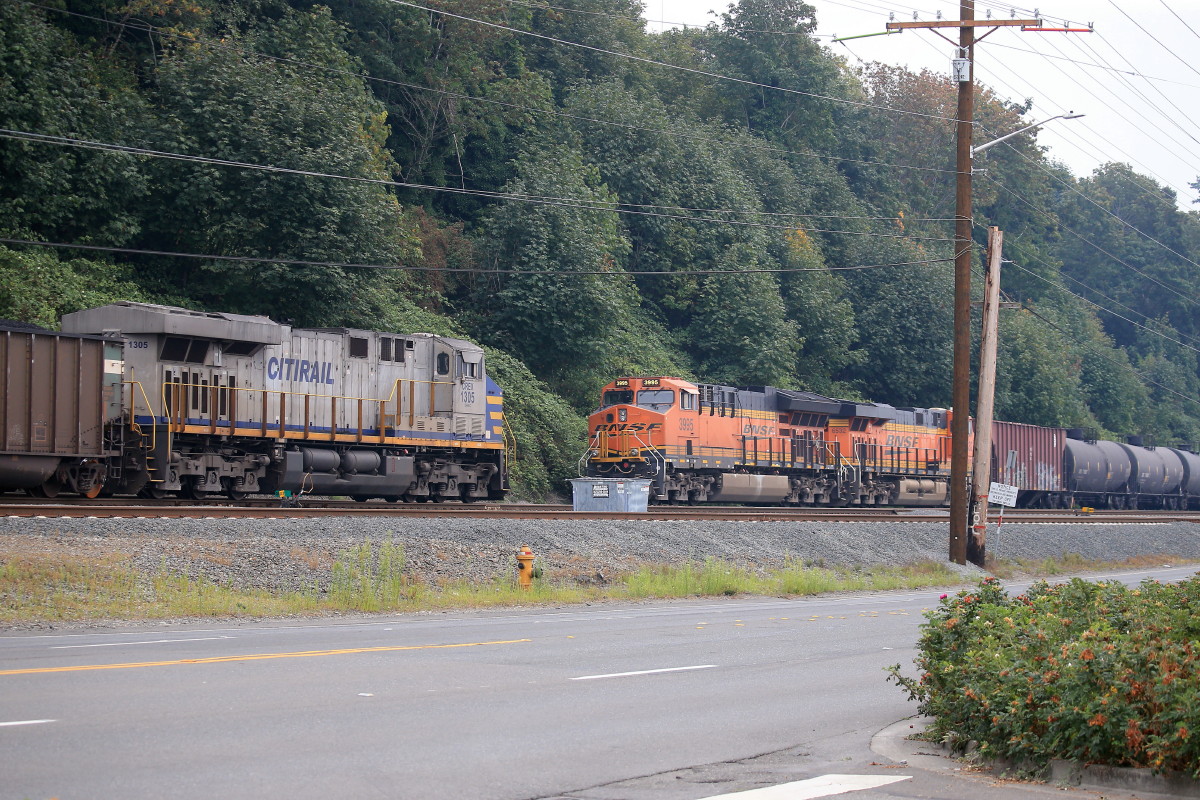 The rear DPU was a CREX unit. 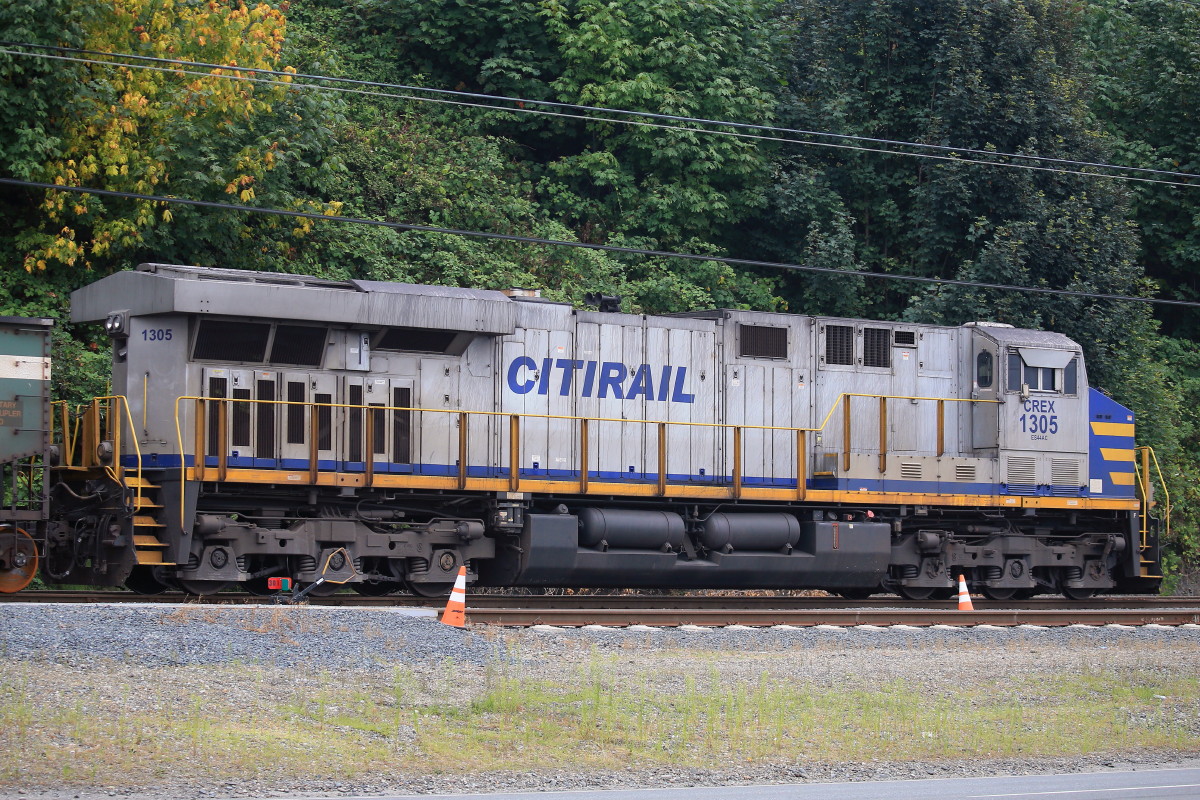 And then there was one, the recently arrived oil tanker. I don't know how long it had to sit, as I had to leave to pick up my son from bowling. 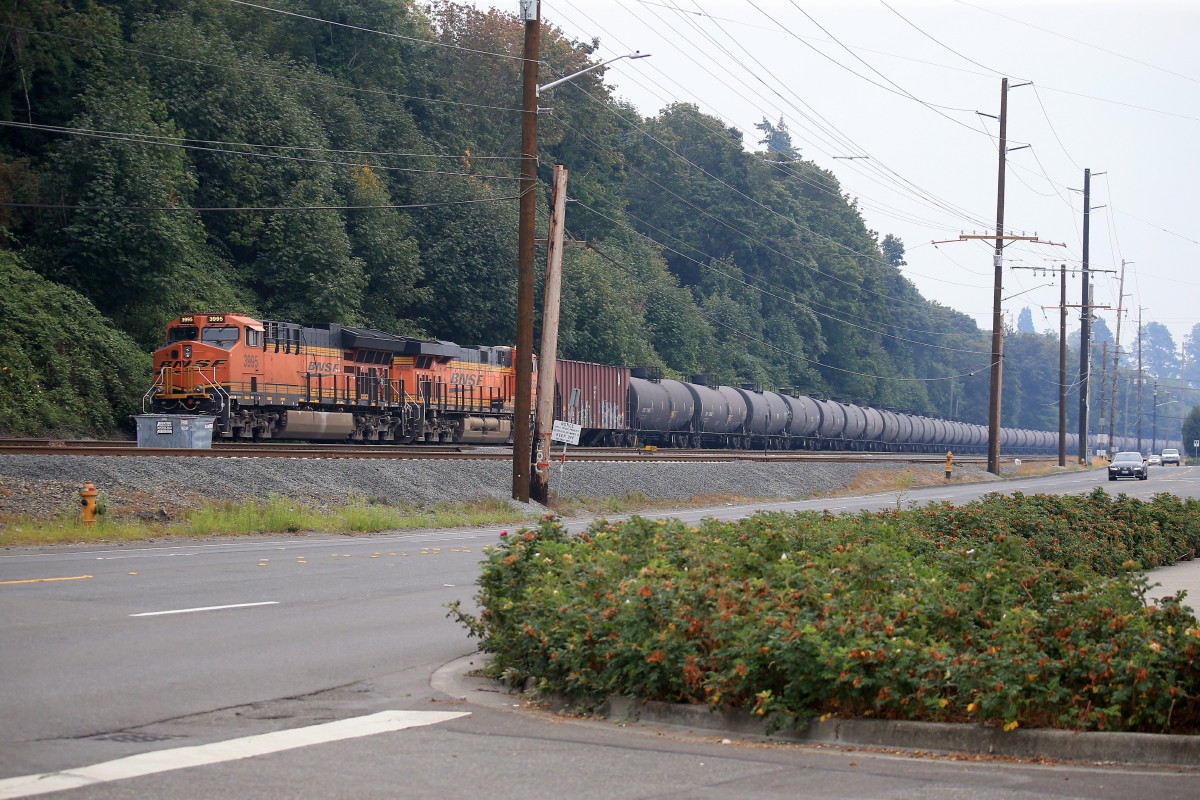 I took the photos from South View Park. It and North View Park are both located on the west side of Marine View Drive and north of the marina. Both offer good views of the tracks and Port Gardner Channel, home to a nesting osprey colony.
https://everettwa.gov/Facilities/Facility/Details/North-and-South-View-Parks-153
Last edited: Aug 26, 2018

The following day we visited my daughter and son-in-law in Arlington. Due to heavy traffic on southbound I-5, we returned home via surface streets which included Marine View Dr. A northbound train was sitting in the yard. Headend power was two UP units and a single CREX unit. I seldom see UP power north of Seattle and cannot recall seeing two of them on a train.