I left my RV site and caught a bus to the South Capitol station in Santa Fe, NM. The train pulled into the station on time, at 0740. I boarded and bought my day pass ($11) with the intent of riding end-to-end of the 97 mile route. The train traveled northbound for about 2,500 feet and stopped at the Santa Fe depot, end of track. I asked the conductor when the next southbound train would leave. 1302! OK, I'll explore the state capitol a bit. I walked back to the station where I first borded the train. Another northbound train arrived to disgorge its commuters.

There was a caboose on display. 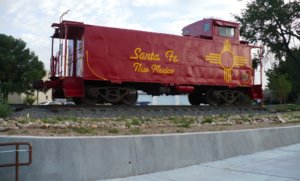 I walked north again. Here's a shot of the trackage between Capitol and Santa Fe. 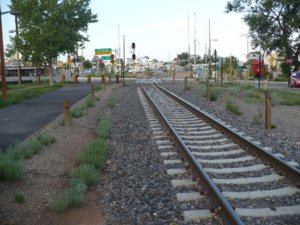 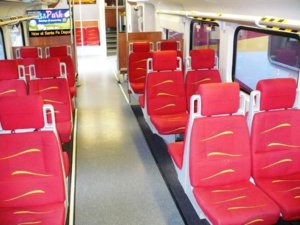 Back at the Santa Fe depot, end of track is just that. Ahead is the free shuttle bus that loops around downtown. 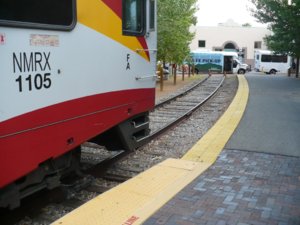 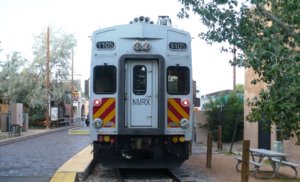 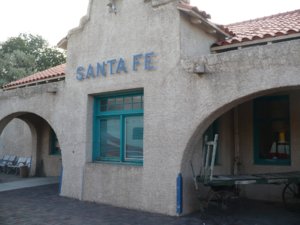 Shots of some locos. 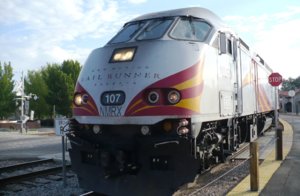 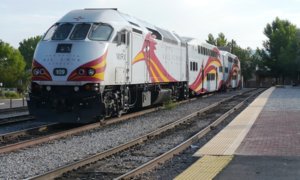 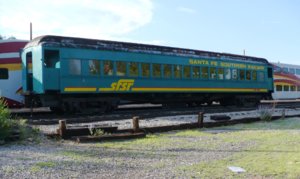 This area is called the Rail Yards. I read a little before visiting, but most of the establishments appeared to still be asleep. A little park close by had walking paths bordered in rail, and the ends of the paths were denoted by a wheelset (welded in place. Darn, that would have been fun to roll.) 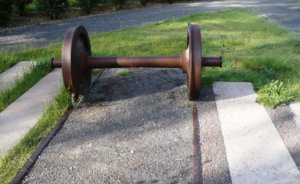 Here's a detail shot of the concrete ties (sleepers) and the method for attaching the rails. 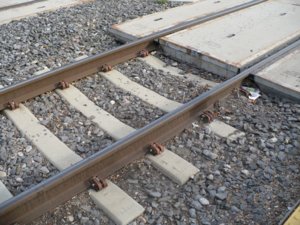 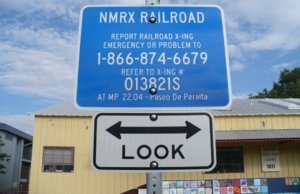 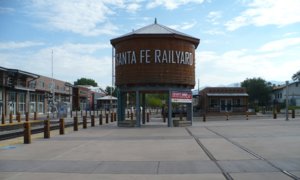 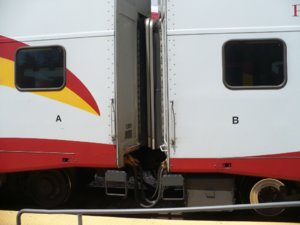 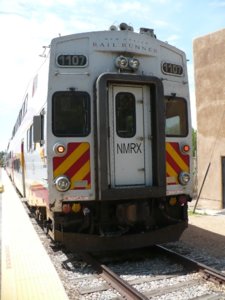 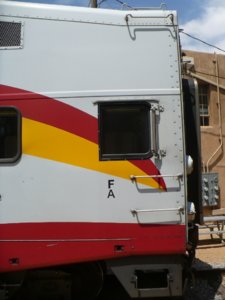 The depot has seen better days. 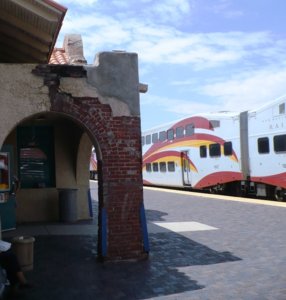 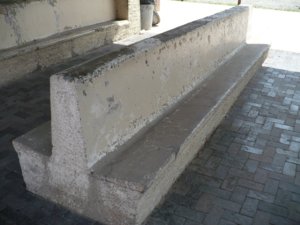 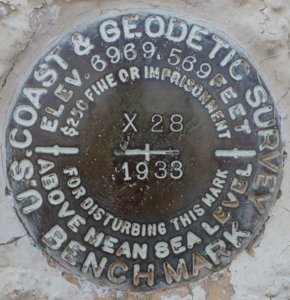 "Rail Yard" area, looking south. Wooden ties here. (The sidewalks have rail embedded in them [no flangeways], keeping with the theme. Sort of. The rails on the sidewalk are flush with the surface, same at the roads, resulting in about a six inch drop between the rails as they transition between the sidewalk and road surface.) 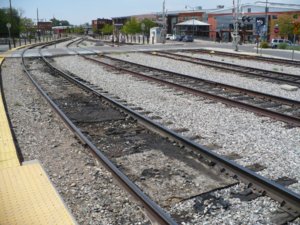 Time for a test. What is this? 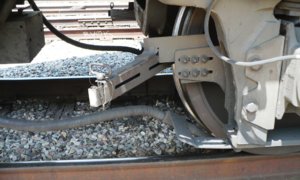 In my wanderings, I happened upon a little cafe called "Macalicious", that served the best macaroni and cheese. Sorry the thought popped into my head and I want another helping of that 4 cheese, all bubbly and piping hot from the oven.

But it's was time to head south.

The station names are on posts high enough to be read from the upper level. 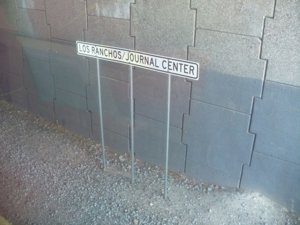