24 degrees today. Time to throw on a hooded sweatshirt and head out. I was going to go to Missouri Valley, IA and watch, but the scanner barked a track warrant for the UP 7315 from MP8 to Blencoe for a meet. This is the old CNW line from California Junction to Sioux City and beyond. I hadn't been up this way in long time, But I knew Blencoe was north. I had plenty of time as the trains don't go too fast. I stopped and took some photos of some cool old bridges and one searchlight signal, might be the last one this line. The southbound 5919 pulled into the siding as the 7315 approached, blocking any shots. I went north into town and waited north of the crossing. The 7315 stopped, changed crew and got a warrant to Salix to wait for a train that didn't have a crew yet. Failing light and a need to get home ended the journey. It was great to get out of the house. Tom 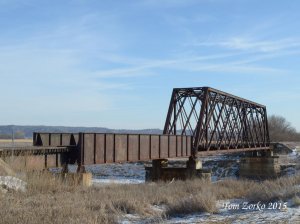 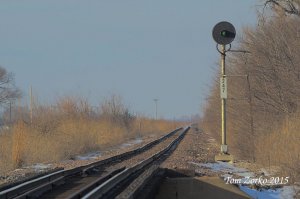 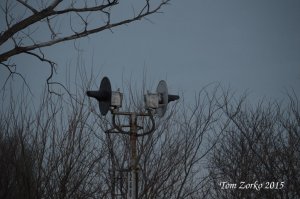 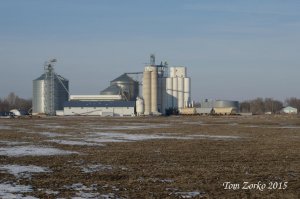 Blencoe Grain Facility. I think it's bigger than the town 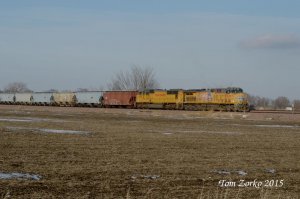 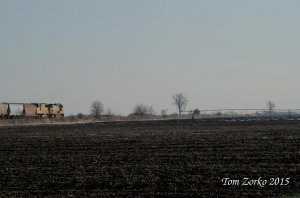 2 trains. That south switch is a long way from the road. 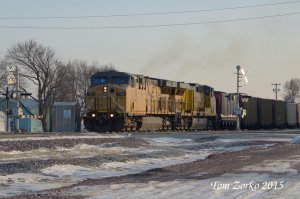 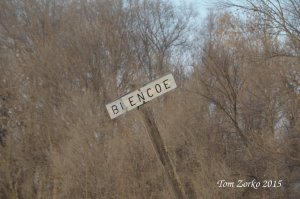 Good shots. I especially like the one of the old bridge.

It was 24*F and you were wearing just a hoodie? Folks in my town would be bundled up so much they would hardly be able to move.

The hoodie has a lining. The older I get the colder it feels outside. Just wanted to mention some items about this piece of railroad. You'll notice that it is flat. It is running north-south roughly parallel to the Missouri River. It is built on the old river bottomland. If you look at a map, it is about 5 to 10 miles from bluff to bluff where the river used to flow. Dams have tamed the Mighty MO but it would be interesting to see what the river looked like 400 years ago.
Last edited by a moderator: Jan 12, 2015