Took a day off from duties as a caregiver and headed for Council Bluffs IA. Ran into construction and detours just trying to get to Iowa Interstate RR. Nothing to see here. There was one silver BNSF loco on the south end. I drove north towards Missouri Valley. Nothin there either. Stopped at the wildlife refuge. TOO windy nothin flying. Drove north up the UP. One train off in the distance at Sioux City. It had been many years since I had been in Sioux City. Found the BNSF and the UP yards. Either too hard to get to or nothing to see. Are you getting the pattern? Found 1 DI Loco, forgot what DI stands for and this red critter. Drove across the town to the old Milw shops and a BNSF yard in South Dakota. The BNSF yard is across the Big Sioux river from the MILW. 2 states in less than 5 minutes. There is a museum in the old MILW shop area. It was closed. 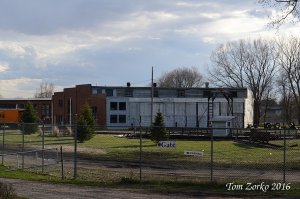 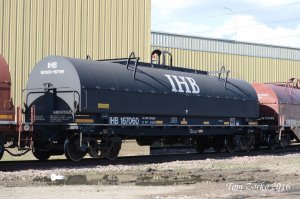 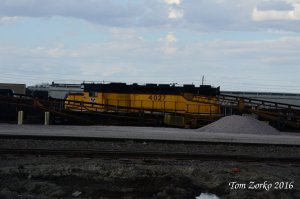 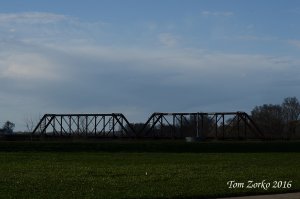 Seems to me the BNSF yard was Great Northern at one time. I think it ended in North Sioux City SD and transfered to the Milw across the river. Any clarification from anybody? 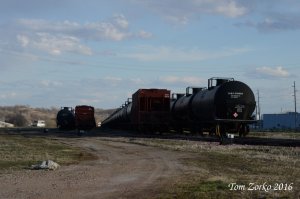 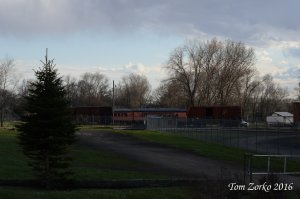 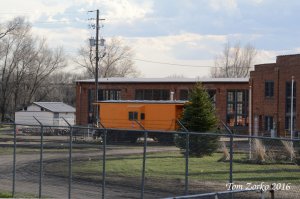 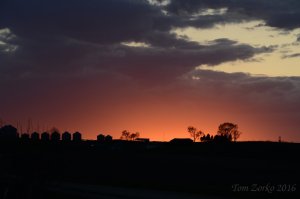 A Sunset under the rain cloud, for Bill

And the Red Switcher at the car repair place, I think. 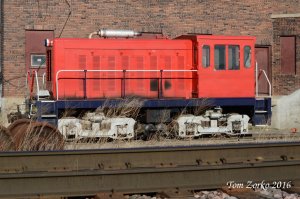 In downtown Sioux City on the south end. That is the UP(CNW) track in the foreground

The MILW continued northwest into South Dakota and GN went out on the east side of town. BNSF must have gotten the MILW in one of the bankrupt deals. Similar to the Bayard Line. When I was still living at home, some 40 years ago, and would come home from a morning railfan drive mom would ask where I had been and would tell her South Dakota. That surprised her. She forgot SD is only 90 miles away. You could round trip it in 4 hours, just enough time to get lunch and get to work by 4pm. Ahhh! Those were the days. Tom

CGW101c said:
Seems to me the BNSF yard was Great Northern at one time. I think it ended in North Sioux City SD and transfered to the Milw across the river. Any clarification from anybody?
Click to expand...

It gets confusing with so many places named "Sioux."

I think of the GN as running through northern states bordering Canada and am always amused that it had rails in Iowa and California.

D & I is the Dakota and Iowa. Uses the Milwaukee road tracks from Sioux city to Sioux falls and a bit north. BN also uses milw tracks in Sioux City to get to elk point and then to Yankton. Bill mentioned the GN between SC AND Willmar , that's the line that goes through Garretson. You found all the main spots in Sioux City. Too bad you didn't see more trains. I'll go with you next time and we'll follow the IC to Cherokee.

How is the exposure on the picture with the tank cars? It looks fine on the computer but dark on the tablet.

CGW101c said:
How is the exposure on the picture with the tank cars? It looks fine on the computer but dark on the tablet.
Click to expand...

The tank cars look dark to me, but that is to be expected since you were taking the shots from the shady side. I assume that was your only angle without trespassing on railroad property.

Thanks Bill. I will make a couple of adjustments. The camera has exposure compensation and I can make changes to the RAW file in the camera. Then I will drop the brightness on my monitor a click until the tablet and the computer look the same. But it is probably that I took it on the dark side. The sun side was in the middle of the highway. Wait. It's a public road, I should have just stopped and put my flashers on. Everybody would have understood.
You must log in or register to reply here.
Share:
Facebook Twitter Reddit Pinterest Tumblr WhatsApp Email Share Link