RPA says the $71 billion overhaul to integrate the rail network would be implemented in three phases over the course of several decades and would result in increased capacity, expanded options and reduced travel times.

"The-New York-New Jersey-Connecticut region has an opportunity to support sustainable and equitable economic growth for future generations by building on a unique asset —the region's extensive commuter rail network. This network, if optimized, can boost job and population growth both in the region's core and in major centers throughout the region that have both the capacity and need for growth," states the executive summary of the report.

Staff member
Here's info and a link to the "Fourth Plan" website.

The region’s aging commuter rail network leaves many parts of the region poorly served or without rail service at all. It wasn’t designed for today’s travel patterns and has little capacity for future growth. A series of new projects, phased over the next few decades, should combine the three commuter railroads into a unified system that vastly improves mobility throughout the region. The resulting Trans-Regional Express (T-REX) would provide frequent, consistent service, directly connect New Jersey, Long Island, the Mid-Hudson and Connecticut, and allow the region’s economy to continue growing. 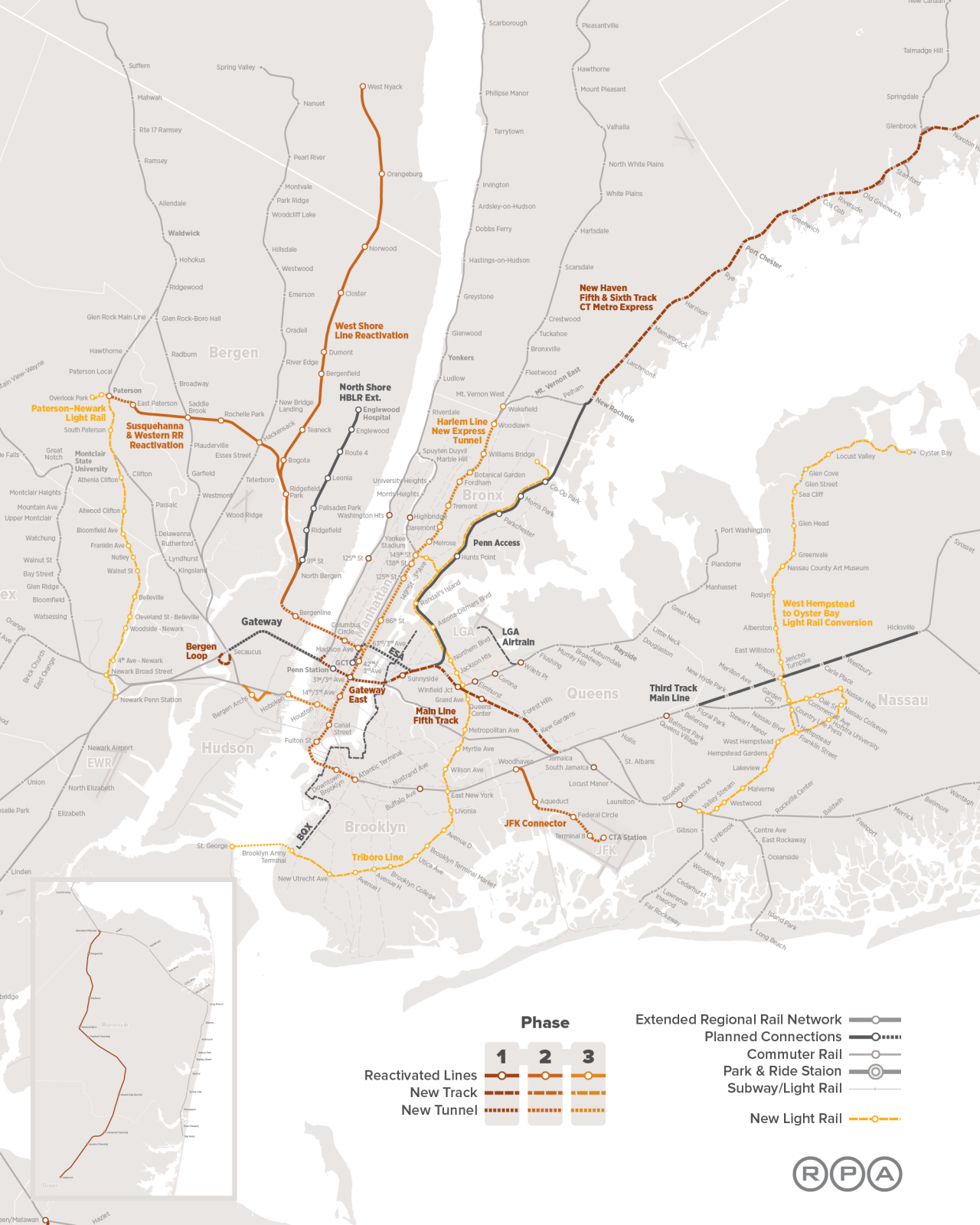 A new regional rail network, built in three phases, would create a unified rail network with direct service throughout the region, dramatically reduce travel times, greatly expand service across the Hudson River, reactivate rail lines in much of New Jersey, and enable regular, frequent service in the region’s urban core and much of the suburbs. Source: RPA

We had this once, it was called the Metropolitan region of CONRAIL, but the Government planners had a better idea. And created three or four distinct agencies to run what the private railroads had run much more efficiently. So, If we do this, what happens to all the freight traffic on the "reactivated" West Shore (River) Line? Where is the money coming from to pay for all of this? (When the private railroads ran this they were taxed to death). Who is going to benefit from this? Who is actually going to ride this? Serious questions, are their plausible answers?

Staff member
I think it could make sense, though it would need a lot more study. Having all of the commuter and transit operate under one umbrella would seem to be logical. I can also see how it would be a political football and a total power struggle as each agency fights to keep their piece of the pie. For that reason alone, I'd say it's unlikely. If it does happen, it wouldn't be any time soon. Maybe a long term goal, I don't know.