This afternoon I had a heads up that NS 8102 was running as a DPU on a WB train through Ritzville, WA. About an hour later, I was informed it reached Pasco on the MLAUPAS and was on the way to be serviced, but I was 40 minutes from the yard, and losing light.

By the time I got to the roundhouse, I only spotted a standard black NS, but tucked away except for a head-on shot, the Pennsylvania unit sat. 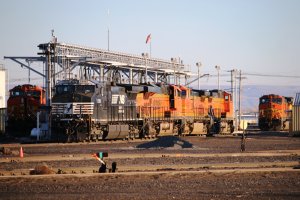 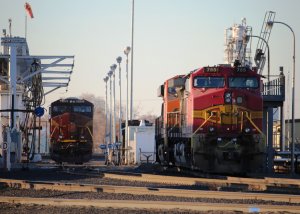 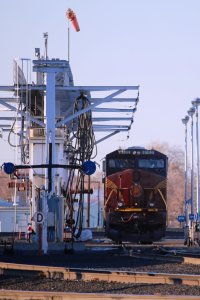 So close, yet so far!

Bill, It was scheduled to go to Interbay overnight and arrive in Vancouver by 0500, but I have not heard its current location as of 0900 Tuesday.

A thing of beauty!

The Pennsy was heading for Canada on the INBVBC (Vancouver BC, CA) as of Wednesday night. 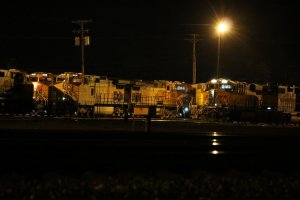 After making the trip to Canada and getting delayed for most of the day Sunday, the NS 8102 Pennsylvania returned to Pasco on the MEVEINB. Once again, I was not able to get a good picture (and only found it while scanning them from the camera).

Pennsy in the PNW.

Once again yesterday evening, I was only able to catch a glimpse of the heritage unit, this time only the tail as it stuck out from behind others in the storage tracks at the roho.

This morning at 0650 it was reported at the third unit out on another PASINB through Vancouver, WA.
A