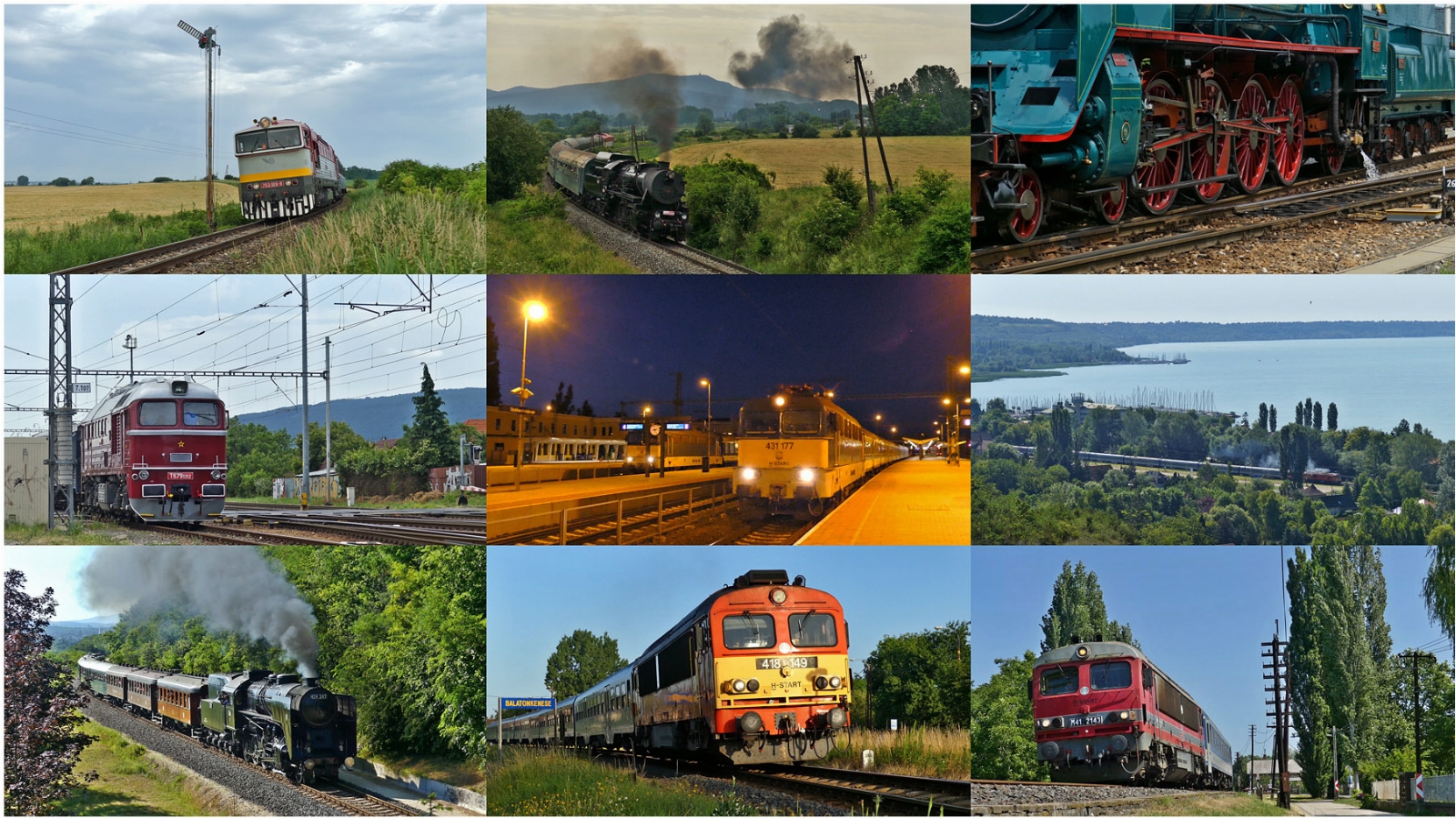 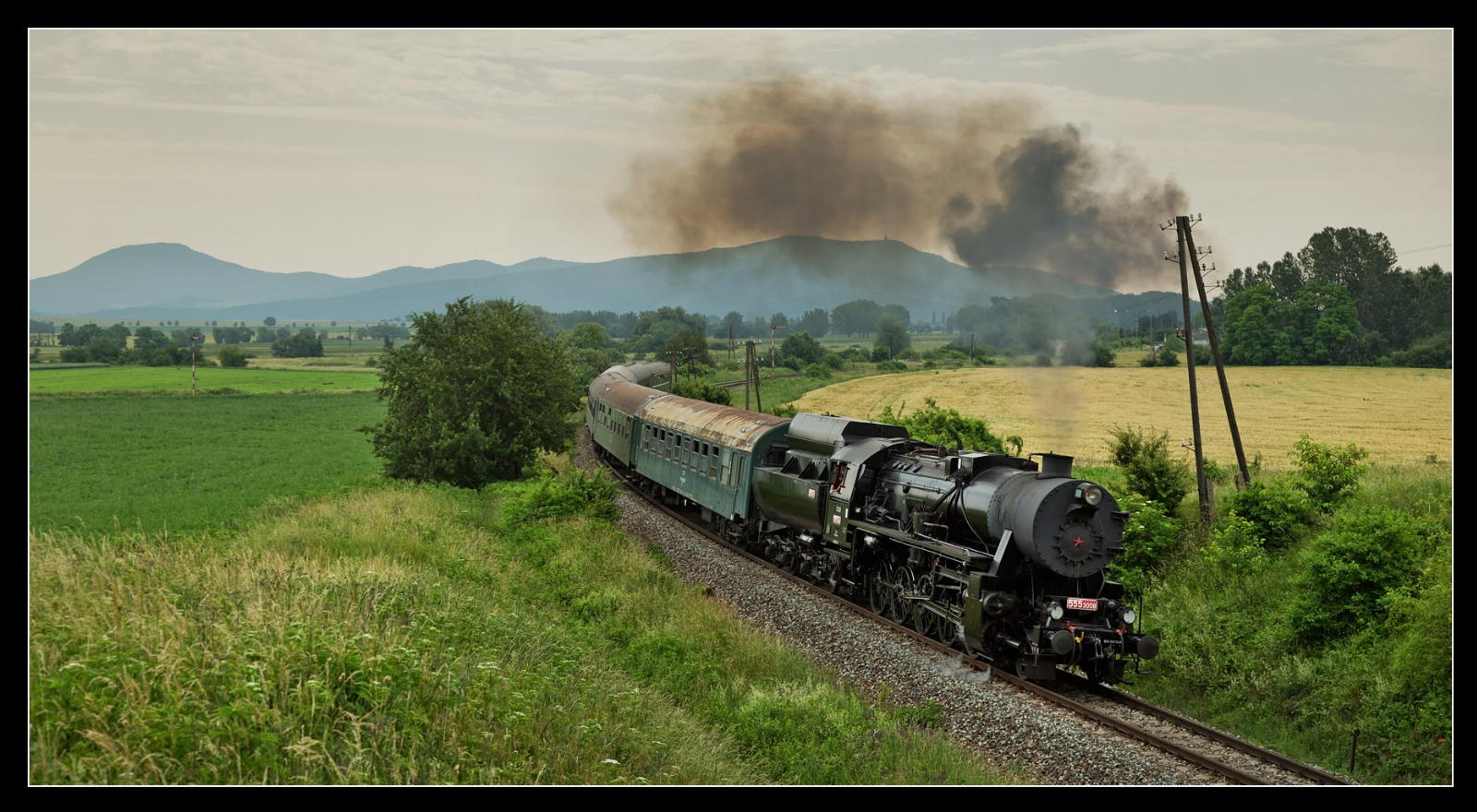 For the weekend event "Rendez 2019" at Bratislava steam shed not only nostalgic trains, but also heritrage trams and busses were operating.
Idyllic Oblačná street in Rača suburb together with parked bus #236 (Škoda 706 RTO MTZ, built in 1968) provided the perfect setting for passing tram Tatra T3/III.CS #275 (ČKD - Tatra Praha #155330/built in 1964).
By the way, Bratislava public transport offers a nice web search for every current and former vehicle in their fleet:
https://imhd.sk/ba/vehicles/current-fleet 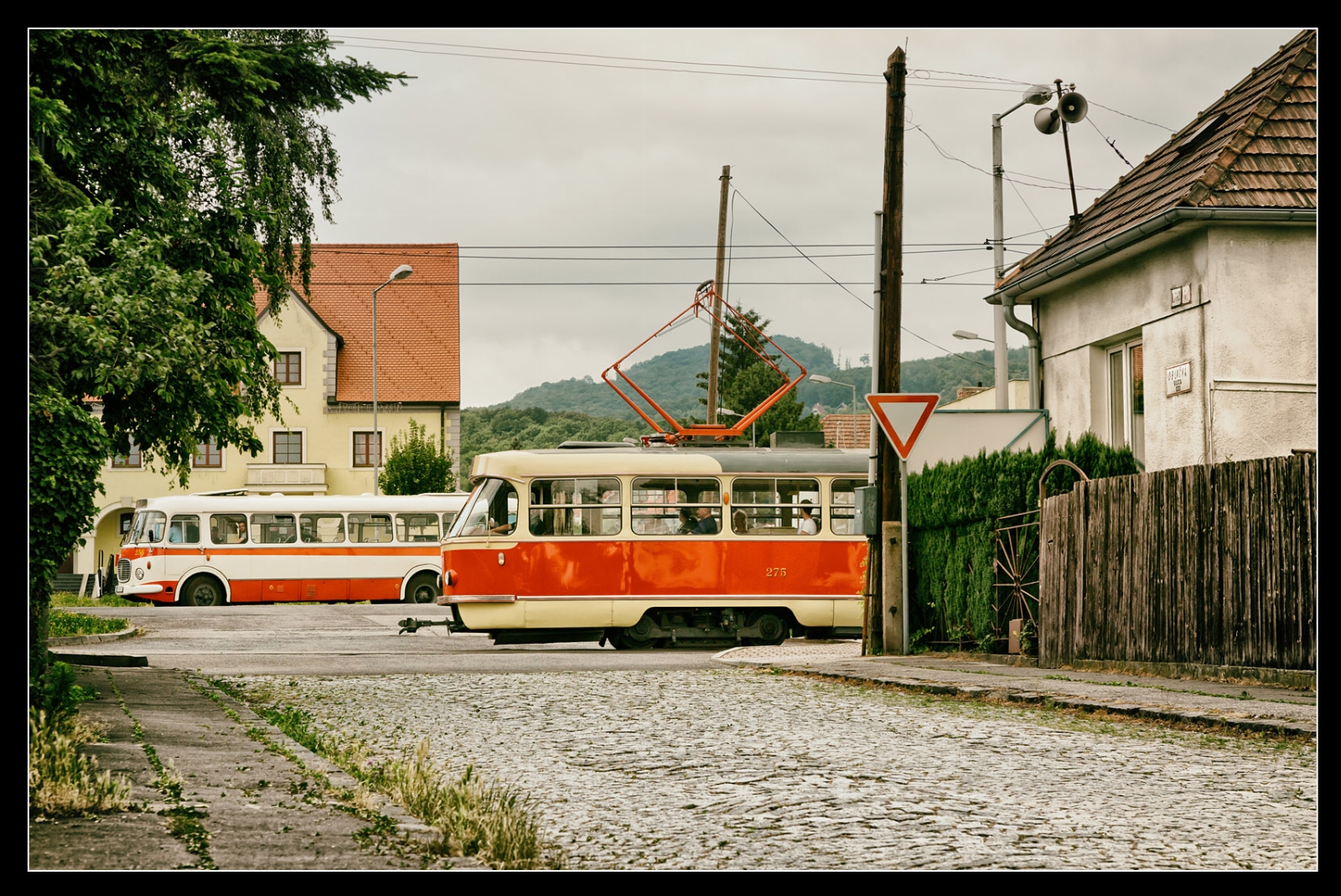 A Tatra T2 "Sputnik" from 1959 passed the short track section away from streets near Hybešova halt.
To the left an ad for the "biggest technology festival in Slovakia", the red star to the right. Like class T1 before it, T2s still had been constructed after the American PCC standard at Vagonka Tatra Smíchov in Prague. 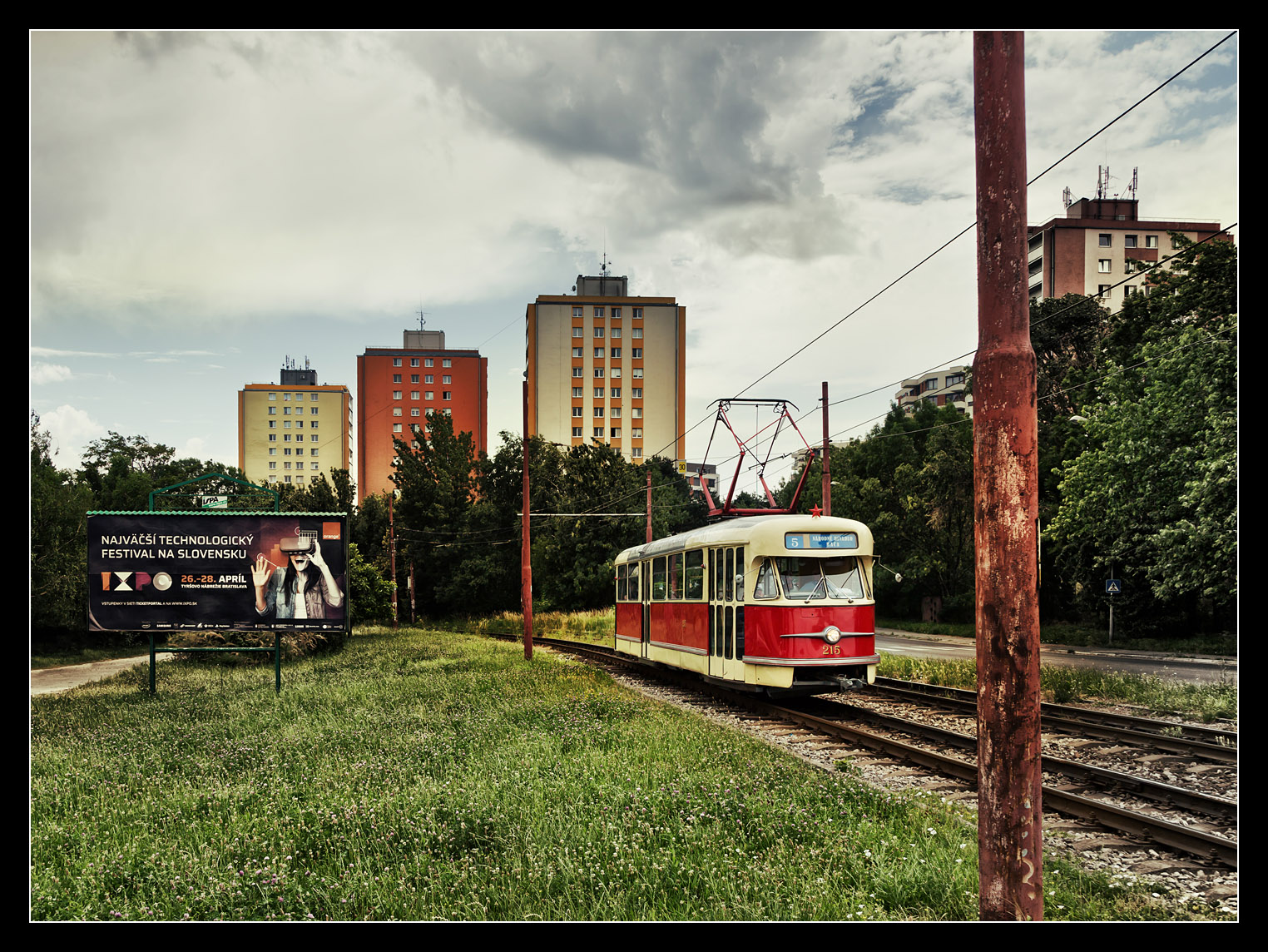 Blowing up dust, M41.2143 passed by Balatonkenese on June 30 2019 with 20 minutes delayed S 19795 "Kék Hullám" ("Blue Wave") Tapolca - Budapest-Déli. Like us, the passengers were waiting in 95 degree heat for the following "Katica" ("Ladybug") DMU service to Budapest stopping here. 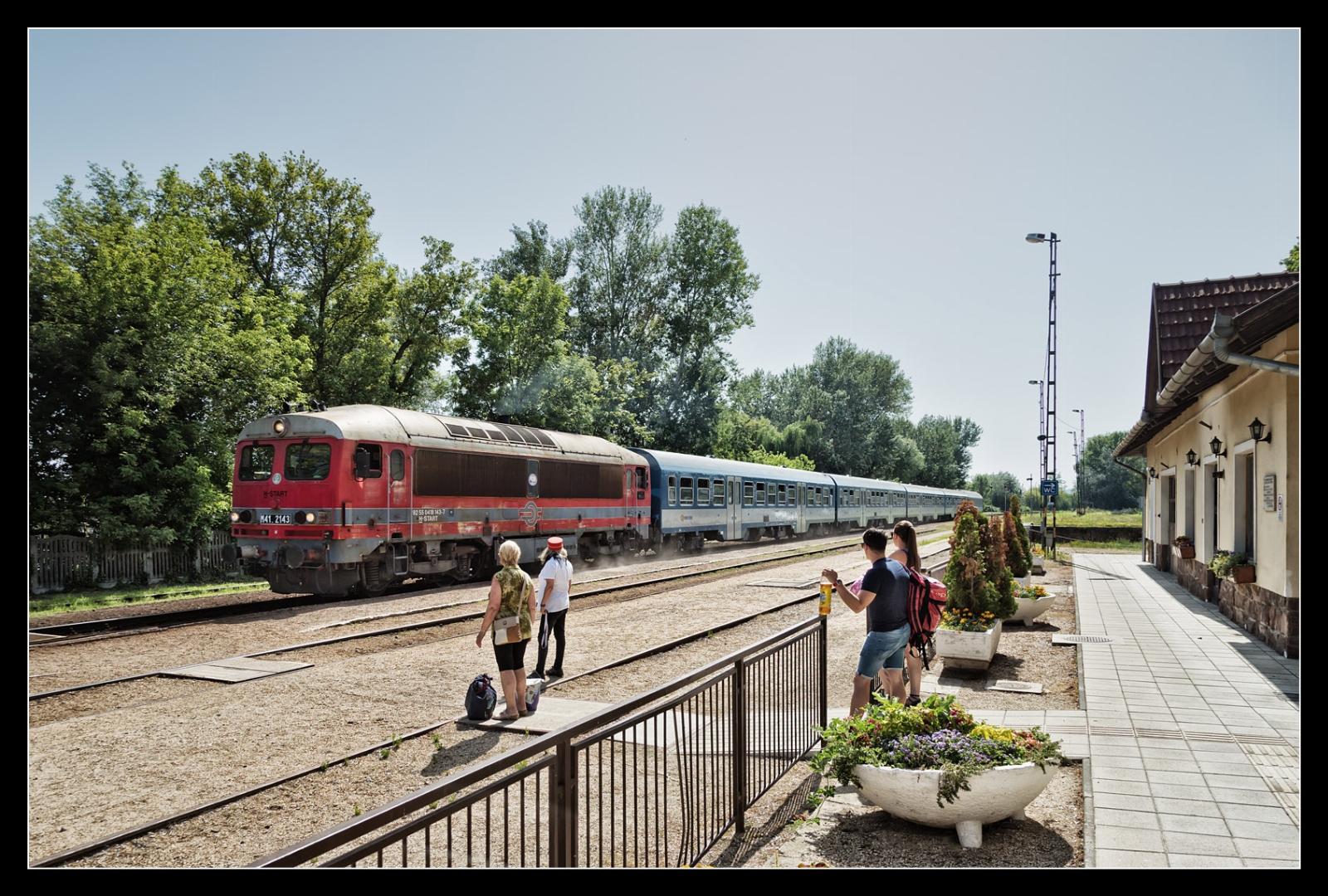