I visited with my mom in the morning and took a ride in the afternoon. Moving trains were few, much like back in the 1970's. There was 1 empty coal moving west at Oreapolis but it was windy and smoky from the fires in Canada and Northern Minn. I tried the 600mm lens there but it was to shaky. I stopped at Mynard and Murray on the Missouri Pacific. I took a picture looking north just to see if I could find a dip in track Ala E.M. Bell. Not as impressive as his neck of the woods. 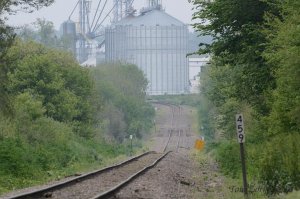 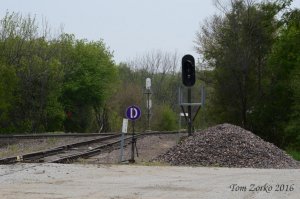 Murray, If you are afraid of heights that your signal. 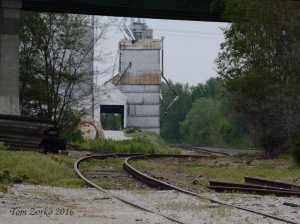 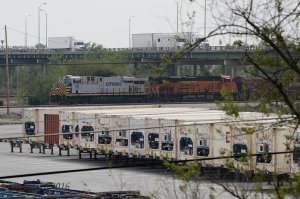 CREX on the BNSF Bayard line ready to go sometime.

KCS in the BNSF Council Bluffs yard. There is a lot of changes in store for the Council Bluffs railroad scene. I noticed some digging under the interstate highway bridge that crosses over the old CGW ROW. And a lot of piles of ballast here and there. More on that as it progresses. 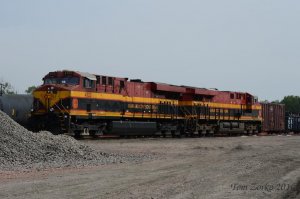 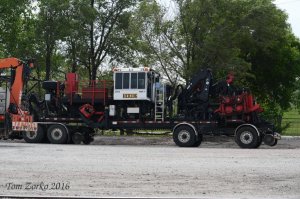 Don't know what it does but it has a bunch of parts.

I was about to put out a missing persons APB for the Omaha Posse.
C

It's Herzog's RUM, which is the Rail Unloading Machine. It helps thread the rail off the back of rail trains along the right of way.

Thanks Crow. They are probably getting close to laying all the new rail on the south end. Looks there will be a wye and some connections to the south. Hopefully Brad can afford a helicopter ride and get some new pics of the changes. When I was in Falls City Ne a couple of months ago Herzog had a bunch of hoppers and other equipment in the MP/UP yard, but I wasn't in the mood to walk up on the Hwy bridge to shoot pictures. It was cold and windy. Tom
You must log in or register to reply here.
Share:
Facebook Twitter Reddit Pinterest Tumblr WhatsApp Email Share Link