Is the BNSF Madill Sub getting CTC? Based on the activity I have seen around Frisco and Prosper Im guessing yes.
R

I haven't heard anything, but I sure hope so.

What activity are you seeing at those two locations that makes you think so?

Some images from Frisco and Prosper 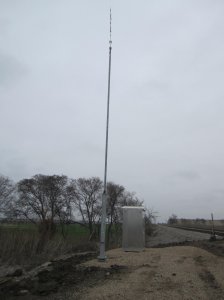 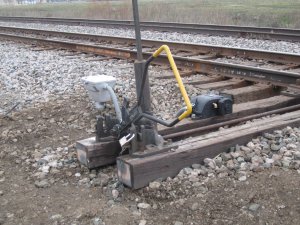 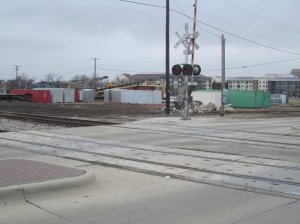 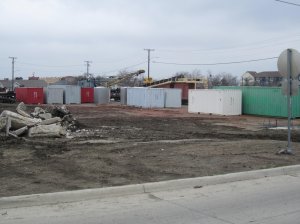 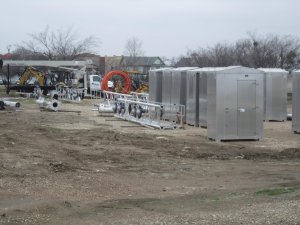 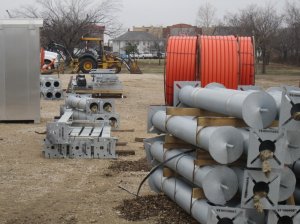 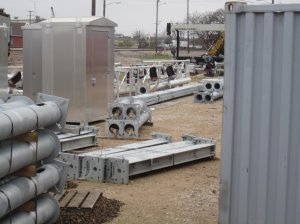 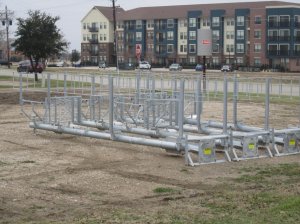 Last phot of typical install. I think this is switch position indicator. 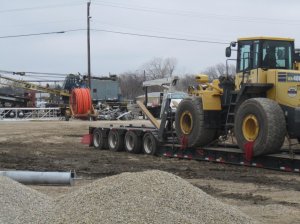 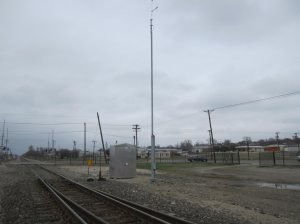 Thanks for posting the photos, JRNYFRISCO. I don't have an answer on this for you, but I may be getting requalified on this territory again soon so I'll ask around at that point. Honestly, I'm thinking more along the lines of PTC than CTC based on the antenna and switch position indicators.

I take it you've photographed the south end of Frisco in the last photo? The north ends of the sidings have power switches and signals associated with them, though the signals do not grant authority in any way. Southbound trains on this territory back in Frisco days had priority over northbound trains, so northbound trains would take the sidings when a meet was scheduled and the caboose would line the south switch behind so the southbound train could proceed uninterrupted. Now trains of either direction are given permission to leave the switch in the reverse position and trains making a meet on the main are informed that they will find the south switch at (name of siding) in the reverse position.

The signals at the north ends of each siding are protected by distant signals about two miles either direction from the north end of each of the sidings. A train in the siding can activate the power switch by pulling up to the signal overlap circuit and pausing (or just rolling very slowly) to allow the switch to open automatically. Of course, you must have a track warrant to do this or you will have an authority violation. Dorchester can be an interesting siding to deal with since the middle is the high point and the track slopes down toward each end at somewhere near 1%. Doesn't sound like much but if you get the combination of a heavy train that barely fits in the siding and wet or frosty rail and it can be a nail biter.

The other place I can think of that had signals was the area south of Sherman where the old SP branches off to the south (if I remember correctly, it's called "Melissa Block"). There was a signal mast about a mile to the south of that point but I don't think it even had a signal head on it. Also there is an old signal shed filled with wires and electrical components right there at the switch at Melissa Block, but the shed was wide open and clearly not in use. I had to line my train at that switch once and while waiting there I looked inside the shed. Nothing but a lot of dilapidated junk, unfortunately.

Anyway, whatever they're doing, any improvements are welcome. The run between Sherman and Irving is a beating as it is now, last time I was on it anyway. It's hard to keep the rail in any kind of decent shape with all those heavy rock trains, so slow orders are the norm. Even if CTC is installed, I suspect we'll still be dealing with the bad rail unless some major upgrades to the track and roadbed are in order.

Alot of the equipment I see in those pics look like they are for grade crossing signal upgrades. The KCS has antennas like the one in the pic above at new signal upgrades or new installs. I was told that if the signals malfunction, a signal is sent out to the dispatcher, who reports it to the signal maintainers.
J

Heres a good one 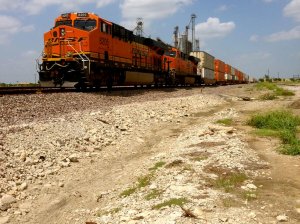 Late August (the date of your photo) was the peak of Tower 55 reroutes. If I had to guess, I'd say that was probably a Q-CHIHOU running from KC through Tulsa, Irving and Teague before arriving in Houston instead of its usual route through Oklahoma City, Fort Worth and Temple.
J 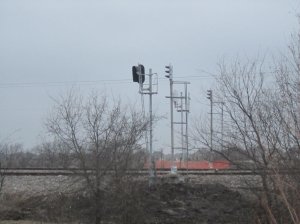 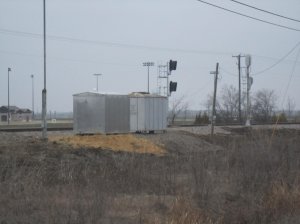 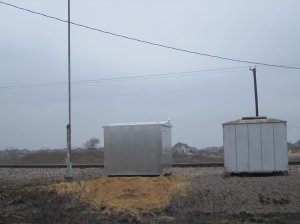 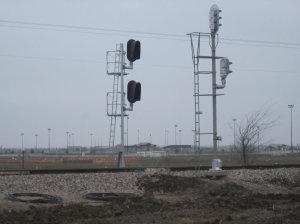 These are new signals being installed at North Prosper as I speak.I see them replacing all the signals, a new big relay box, a switch position antenna and other stuff.
Im going to try to get to South Prosper for photos if the weather ever improves. I can see from the street there they have installed the switch position things but I cant see much else.
I will try to get up to Dorchester when I can. Photo one are the signals facing south at North Prosper, photos two thee and four are the signals facing north.
Last edited by a moderator: Jan 12, 2015
R

The signals are being replaced for PTC installation. Most of them seem to be in basically the same location as their predecessors, but at least one distant signal has moved farther away from the switch it protects.
J