I'm sure most folks who have an interest in the railways are familiar with the Herzog Corporation. Myself, I'm new to railways, and only learned a little about Herzog over the last few months. As it happens, they have had equipment working in the Whitecourt district for most of the winter, and are still in the area here in the spring.
They seem to be involved with rail-tie replacement on the mainline between Whitecourt and Blueridge.
I have taken some photos of the Herzog equipment as they sit idle in the small Whitecourt yard, mostly taken in February, 2020.

A de-railer placed on the mainline going west to Fox Creek; a safety feature for the workers: 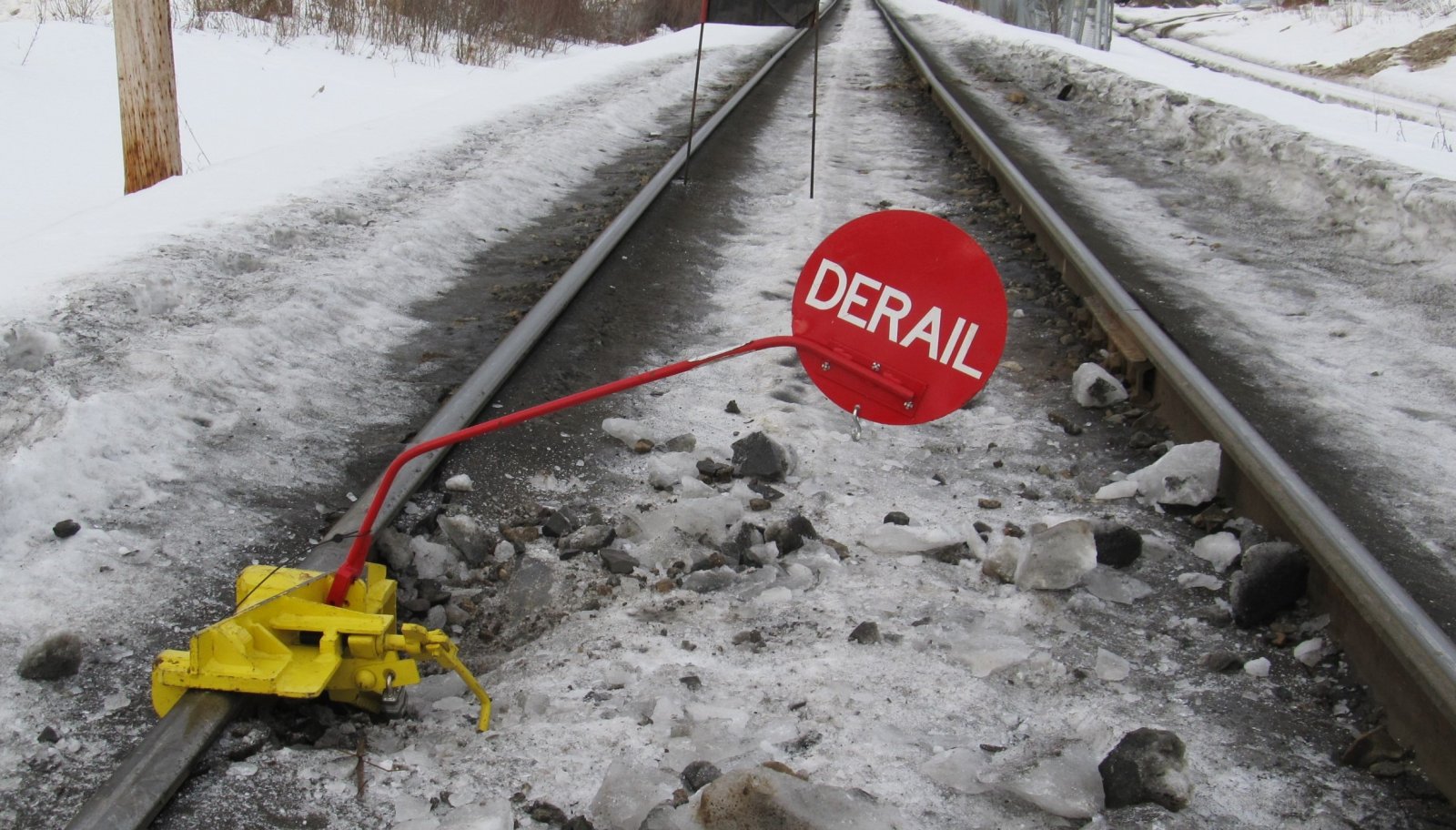 The multi-purpose machines and equipment: 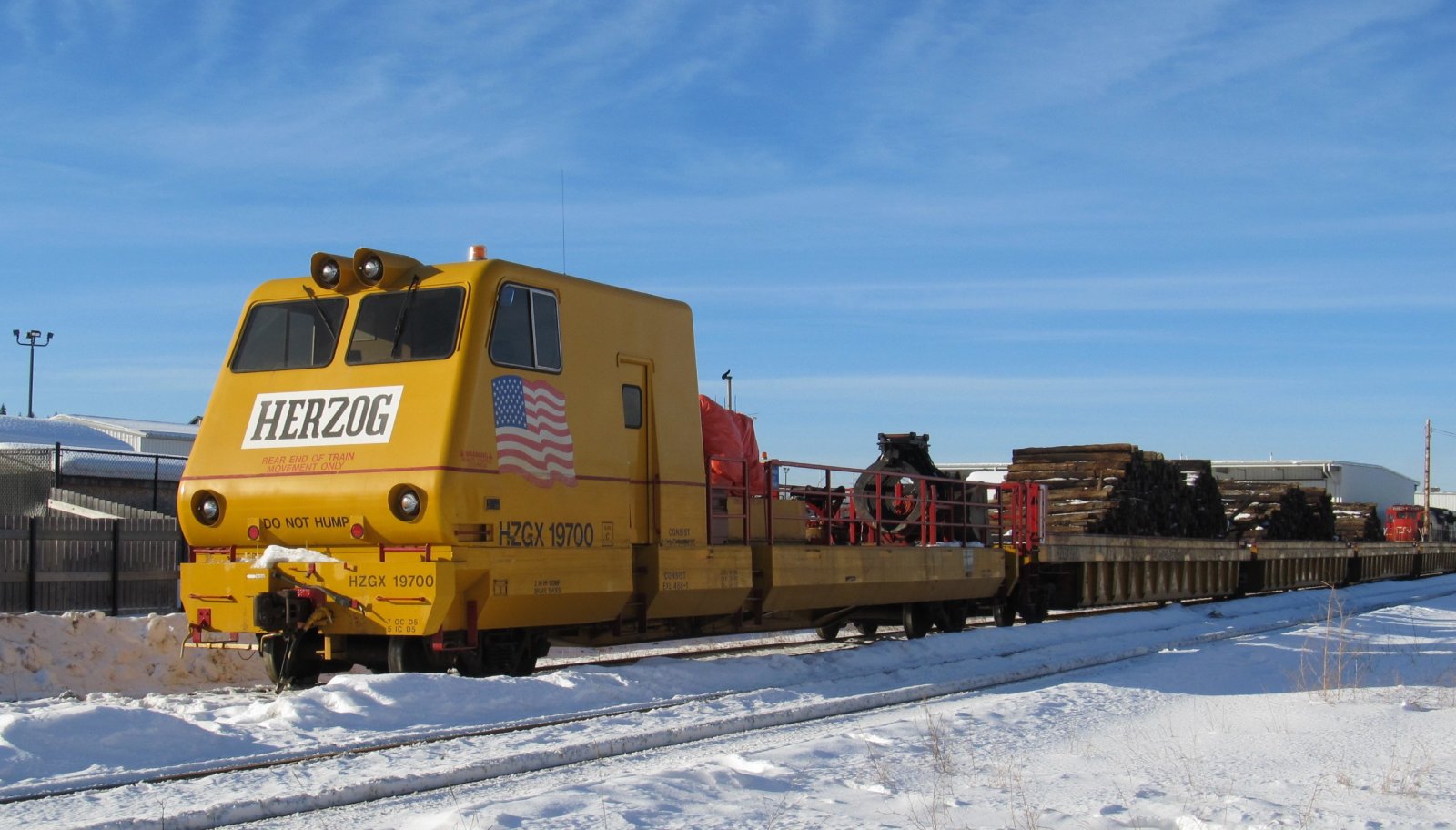 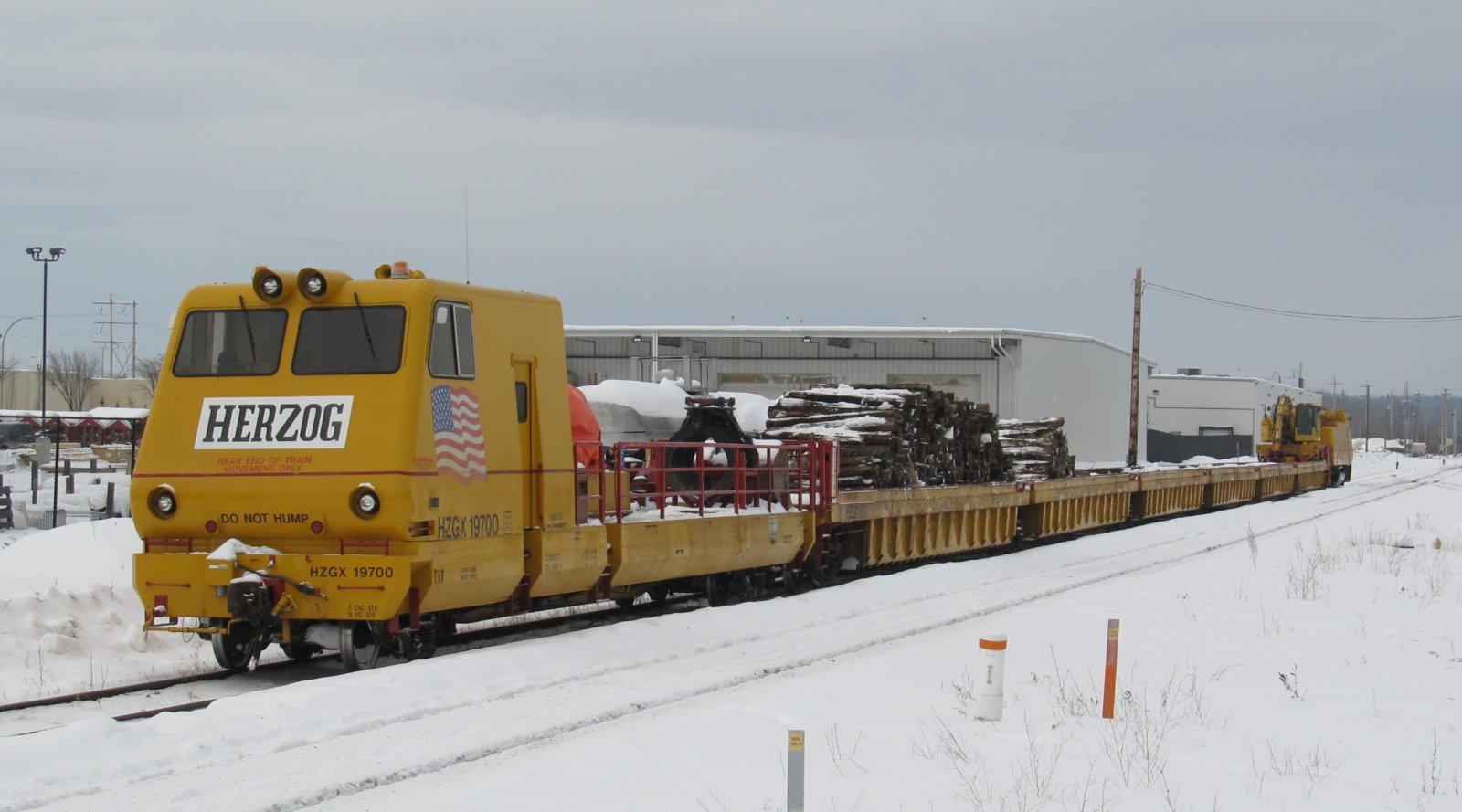 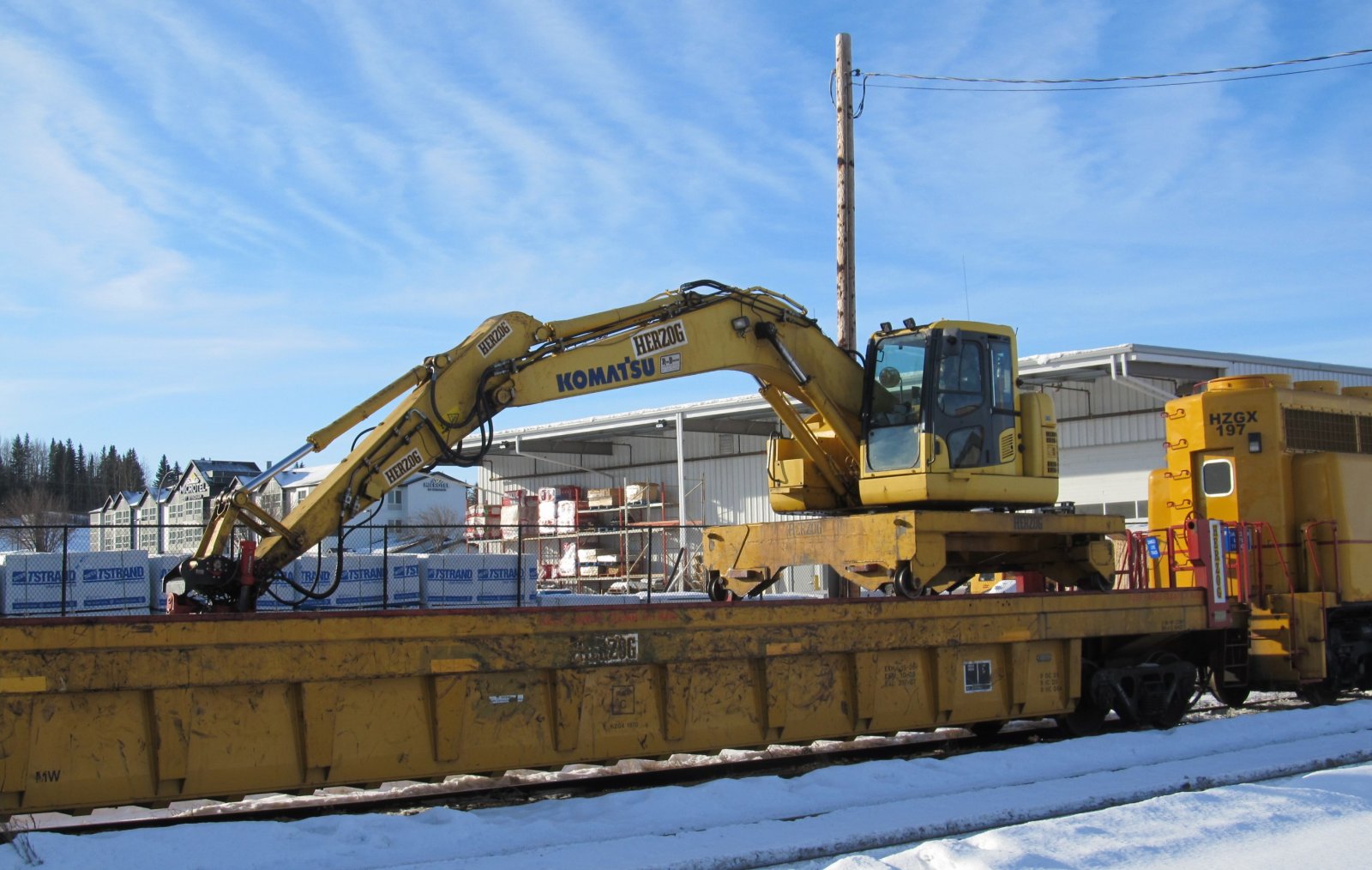 Have a wonderful day!
Guy

Now, I know these are photos of MoW equipment, and there is a sub-forum for that purpose. However, my intent with this thread is to develop a central depository of CN photos in the Whitecourt area, including those that show equipment contracted to CN.
Click to expand...

Luckily the forum allows me to copy posts. So while the original photos are still in place in your CN thread, this copy is now in the MOW section so people will have two places to find them.
Thought I would post one more photograph of the Herzog MPM's, waiting to go to work in the Whitecourt area.
Photo taken February 13, 2020: 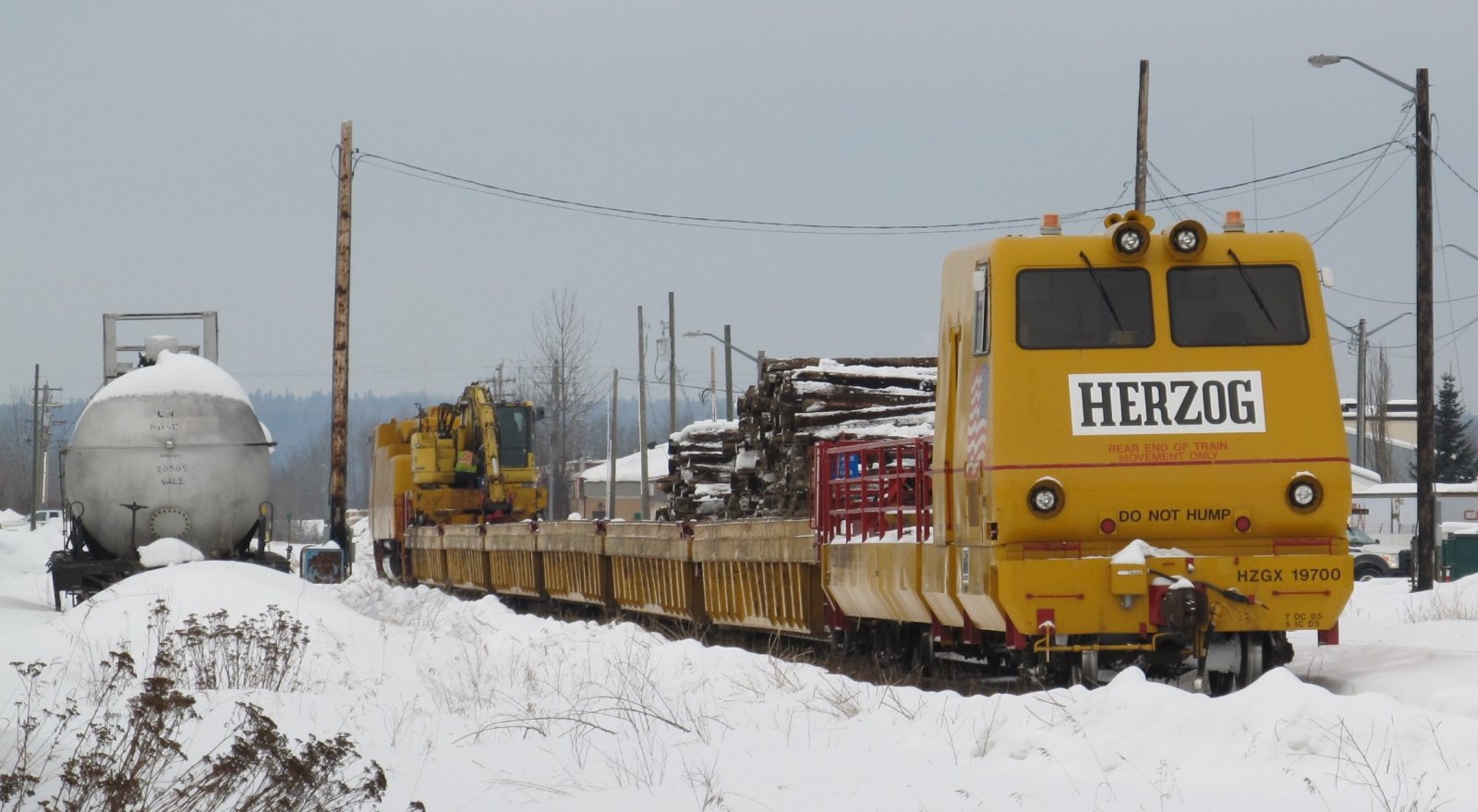 I can contribute a couple photos on this subject. Here's a couple shots of a Herzog work train idling in Colfax, CA. The town of Colfax is on the UP Donner Pass route, about 50 miles west of the summit, roughly halfway between there and Sacramento. You're probably thinking, "Is it named for former Vice-President Schuyler Colfax?" Yes, but it was named for him when he was still Speaker of the House, when he visited the Central Pacific RR still under construction in 1865. He became VP three years later. It's one of many neat historic railroad sites along the drive thru the Sierras on I-80. 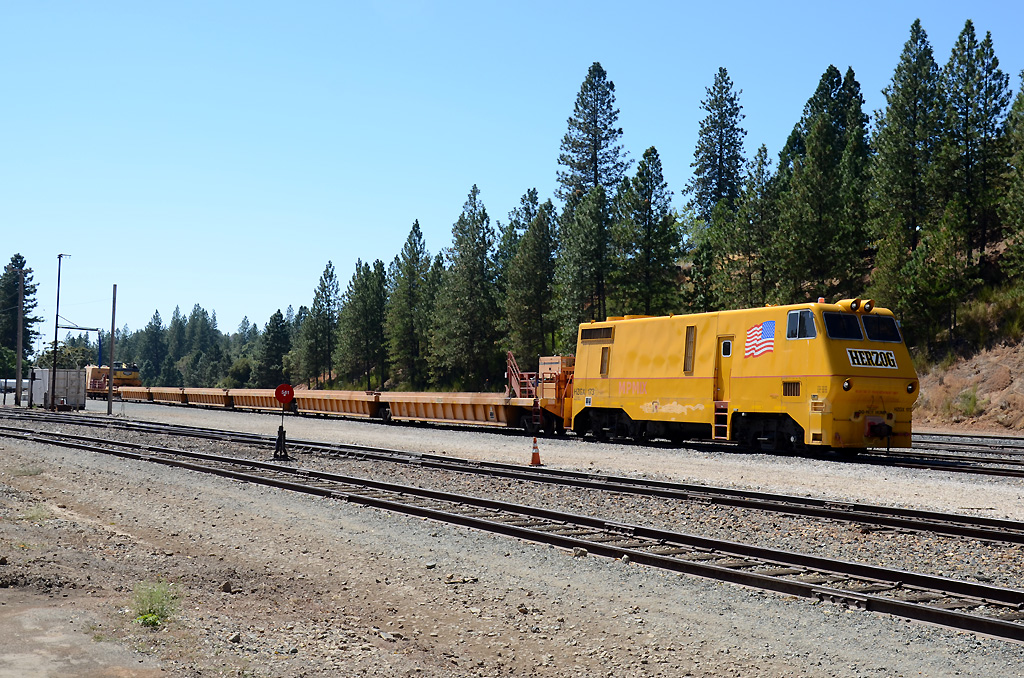 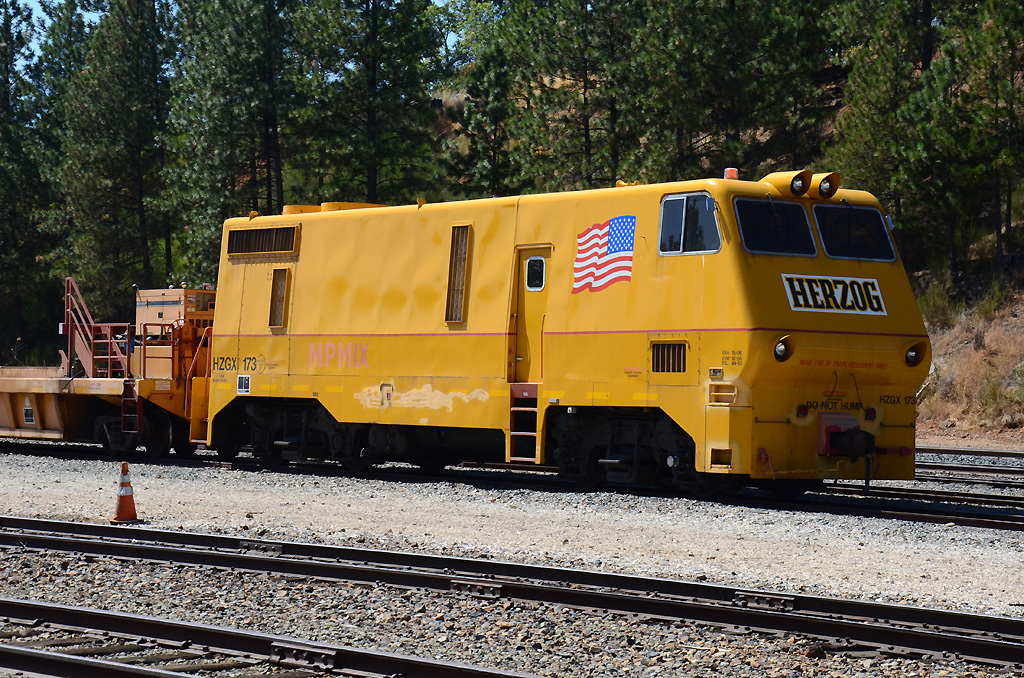 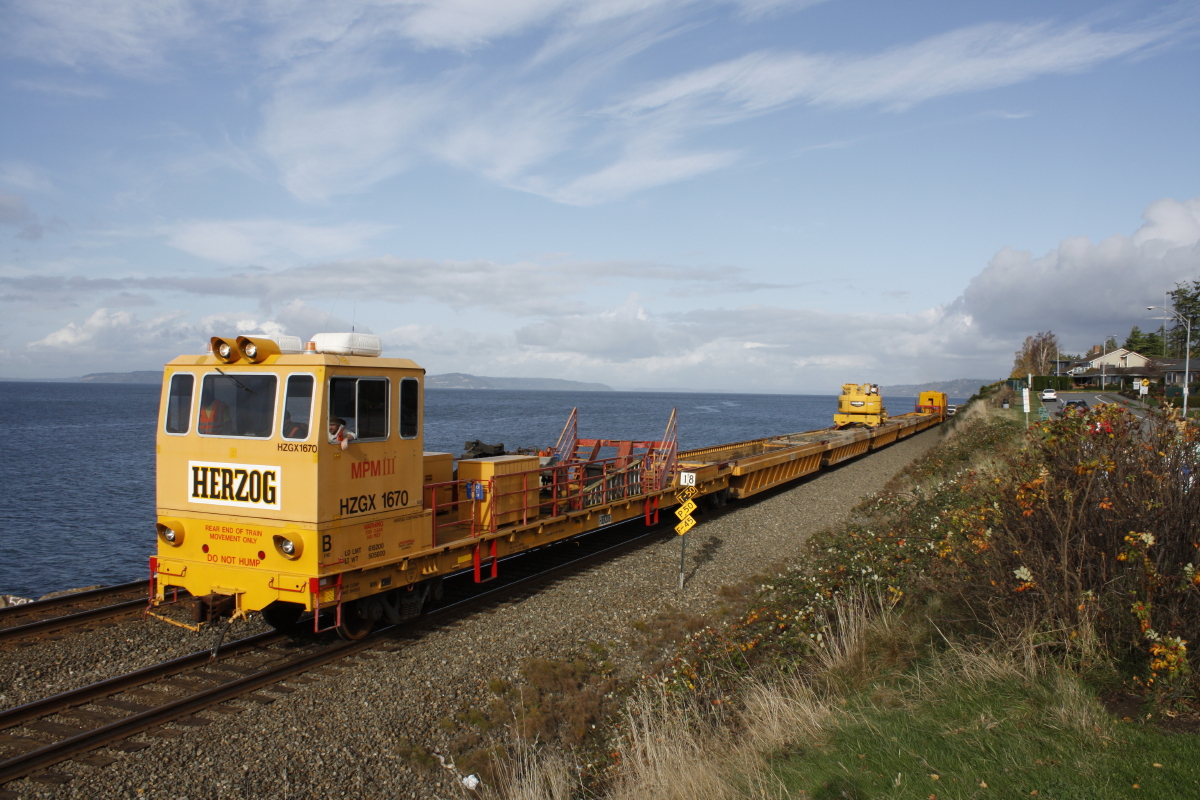 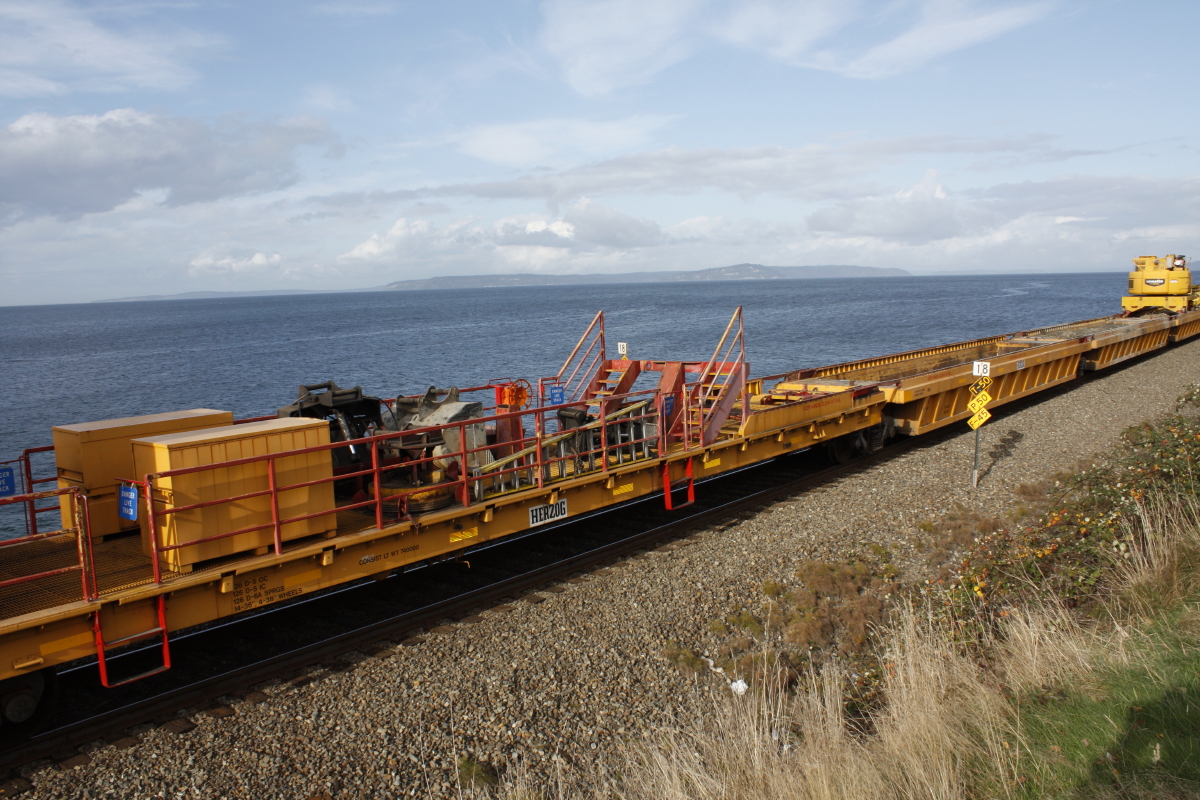 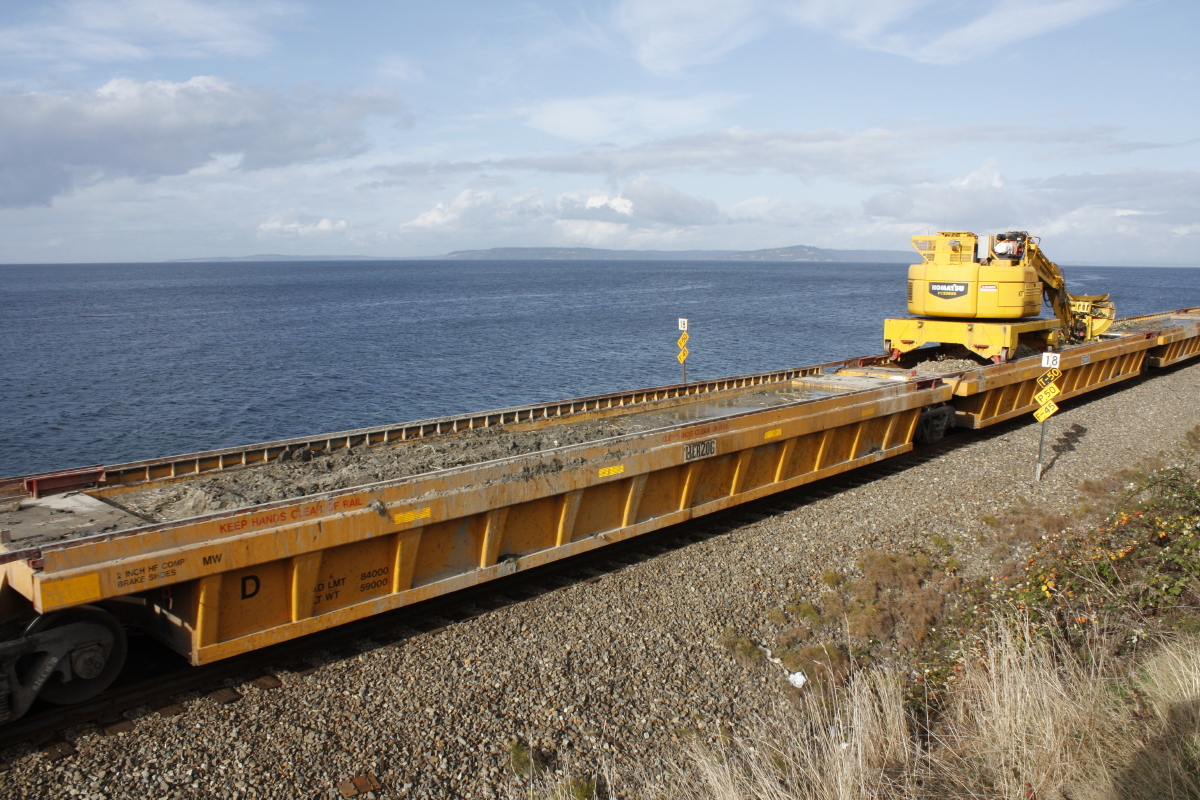 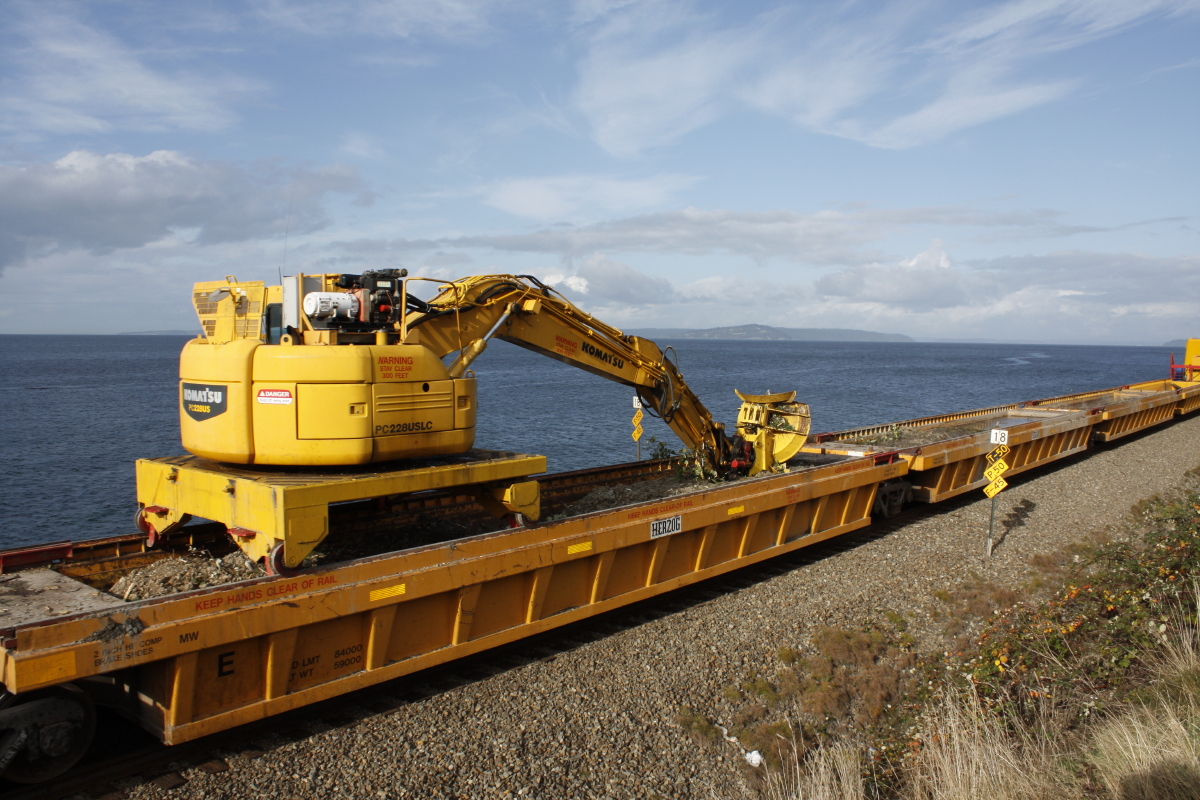 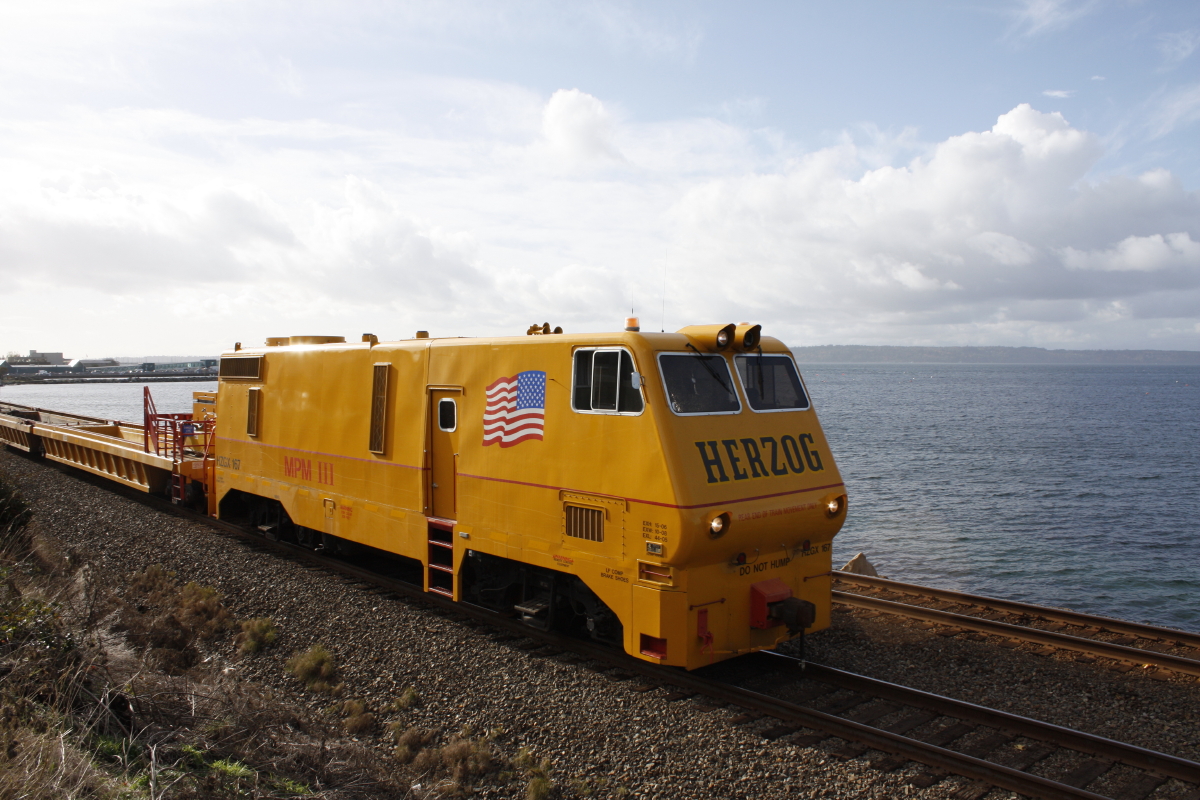 Last edited: May 18, 2020
A fine group of photographs, Bill. Glad you dug them out of you're archives.
1670 looks like it's an older MPM, for sure.
I believe many of the 'A' power units are repurposed EMD GP locomotives.
I have old photos of a track gang laying new track at this same location that I'll dig up and post in the MoW thread. Due to frequent mudslides along Puget Sound, a Herzog train is pretty much assigned between Seattle and Everett year round. It ties up for the night in Edmonds on the siding across the tracks from the marsh where I do a lot of bird photography.

Bill Anderson said:
Due to frequent mudslides along Puget Sound, a Herzog train is pretty much assigned between Seattle and Everett year round.
Click to expand...