today I will show you some pictures from this month. At 14.th decembre the rail company Erixx startet their passenger transport inthe north-west-Harz. That was the end for the class 218 and the class 628 from DB Regio. Also time to say goodbye from the good, old trains. 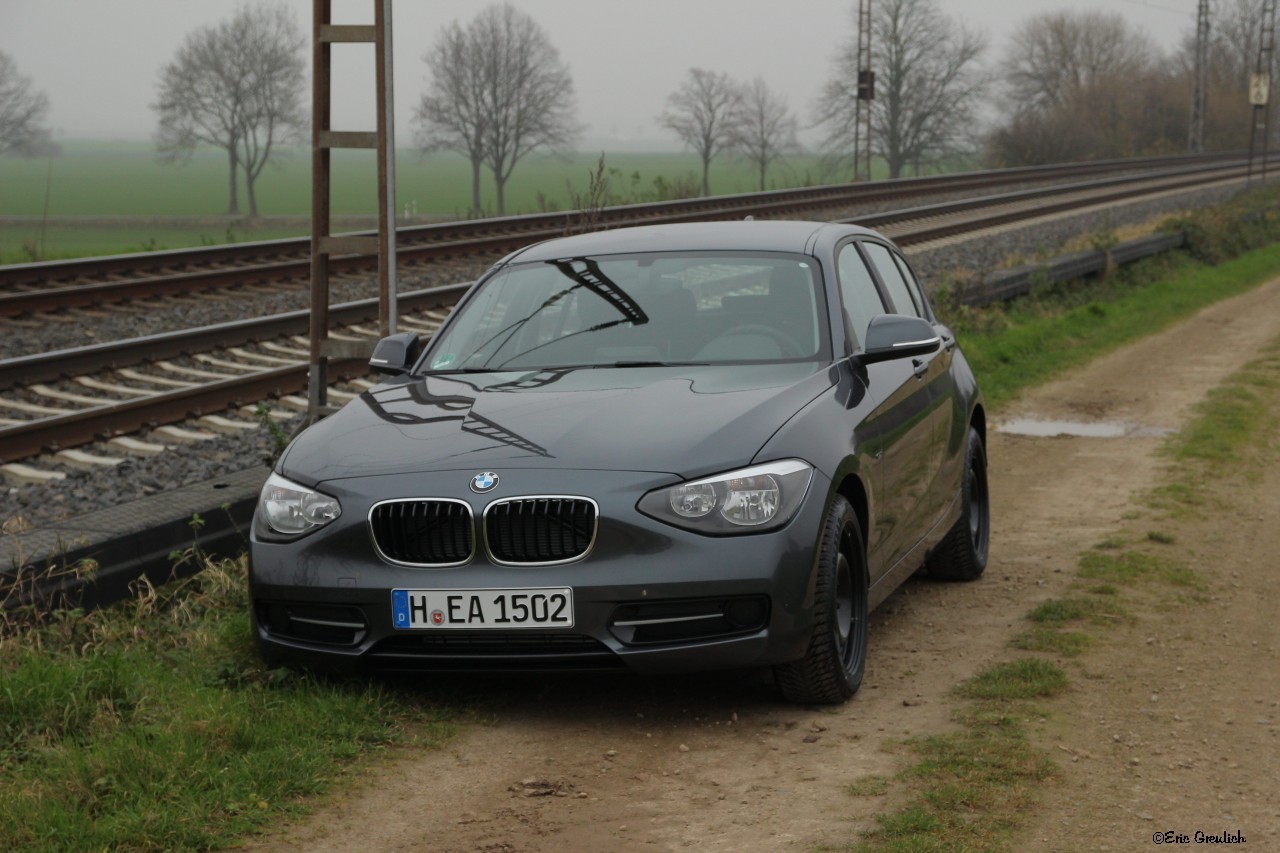 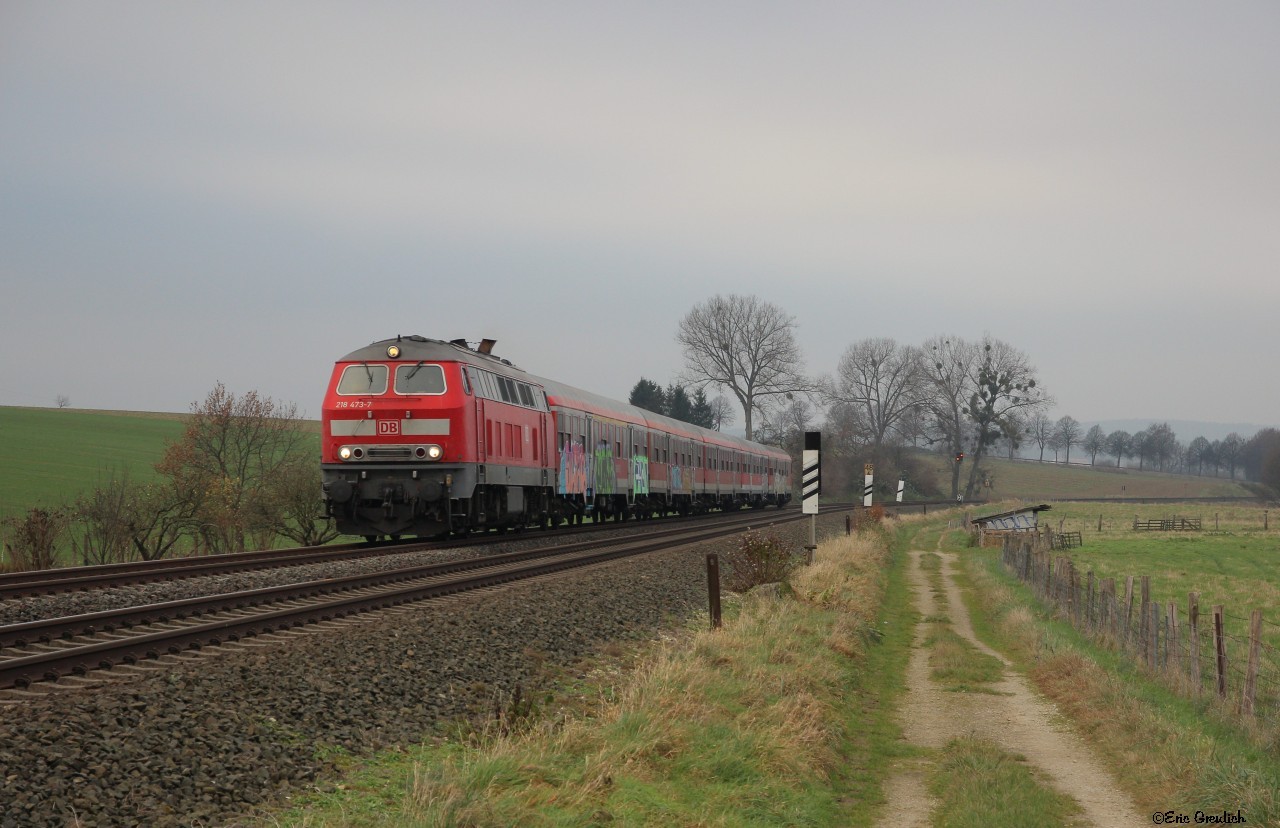 218 473 with a local train from Hildesheim to Goslar near Eggenstedt. (1st decembre) 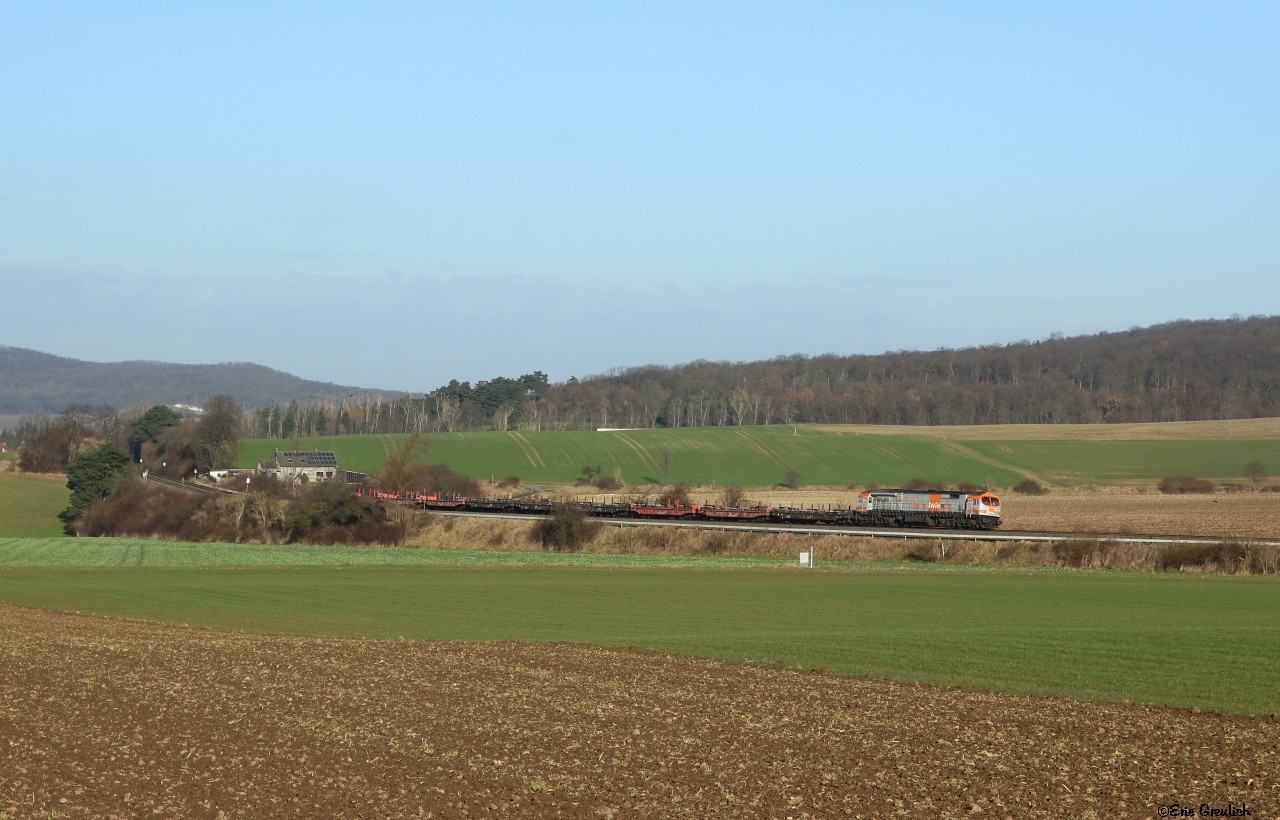 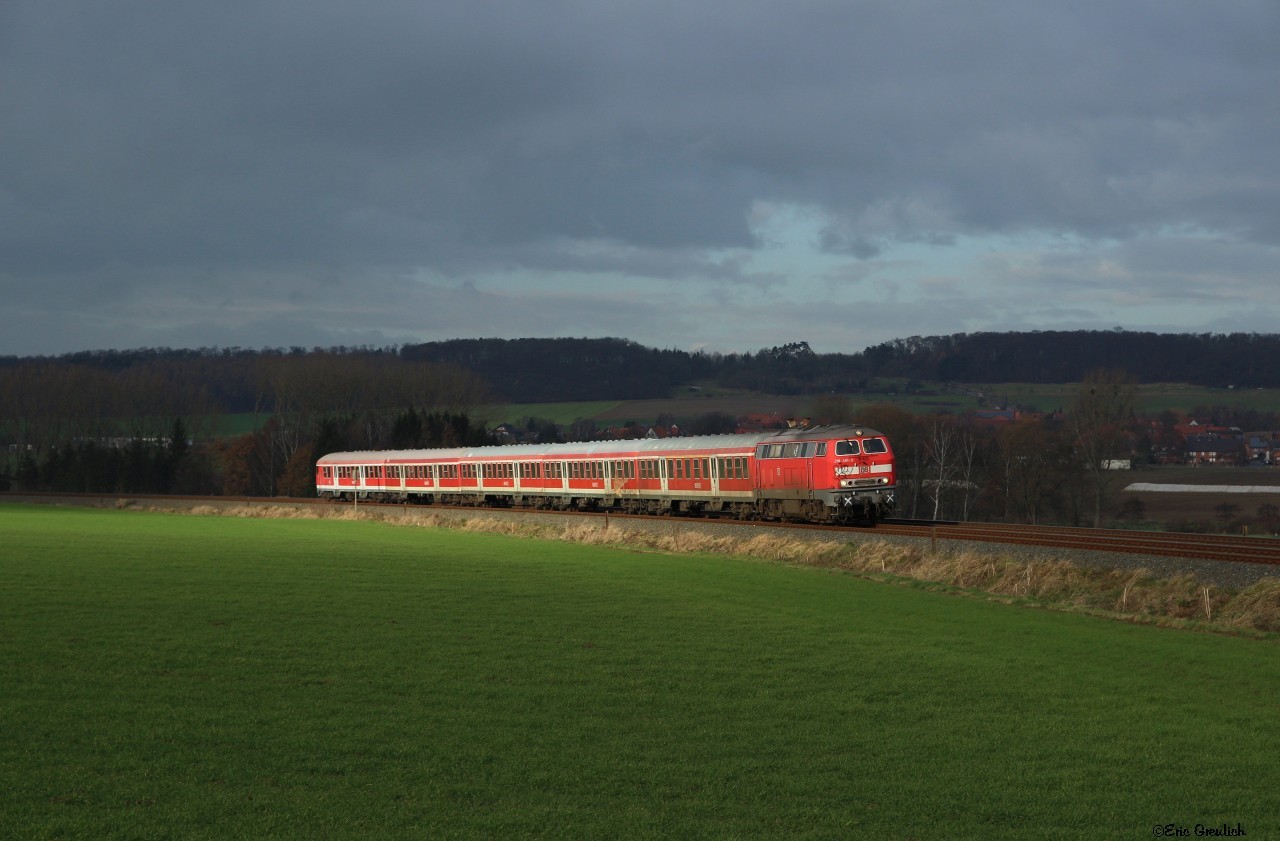 A little bit later, the local train from Hannover to Bad Harzburg with 218 451 near Klein Elbe.

From the 9th to the 11th decembre I must to Kufstein. There I had a training course. 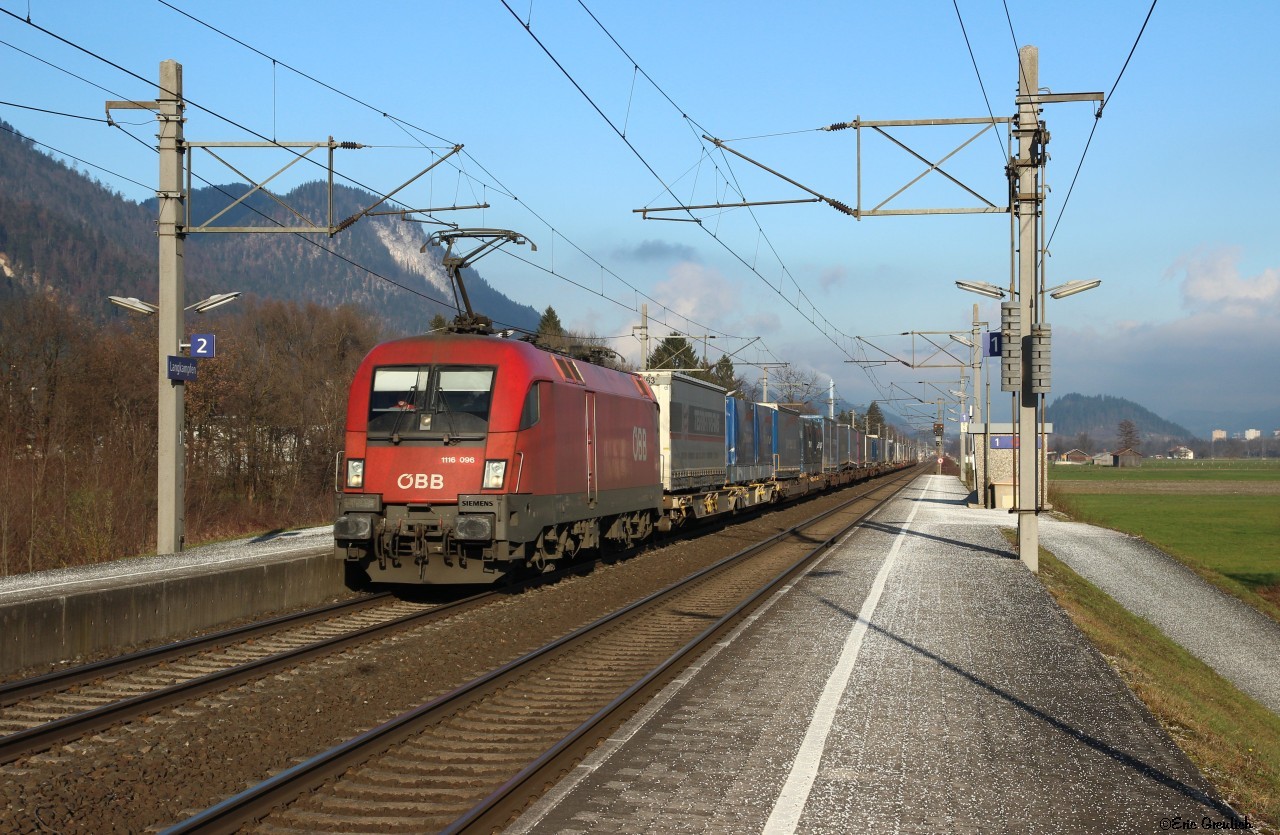 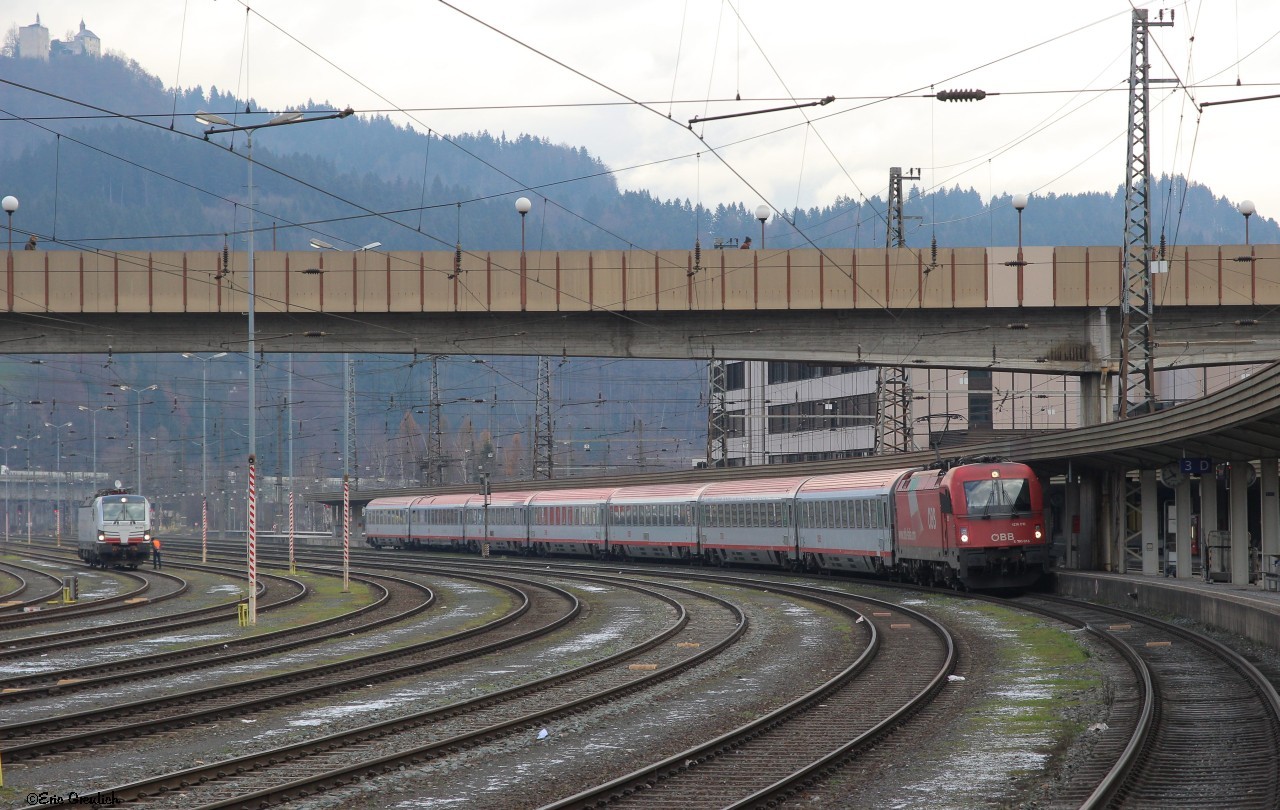 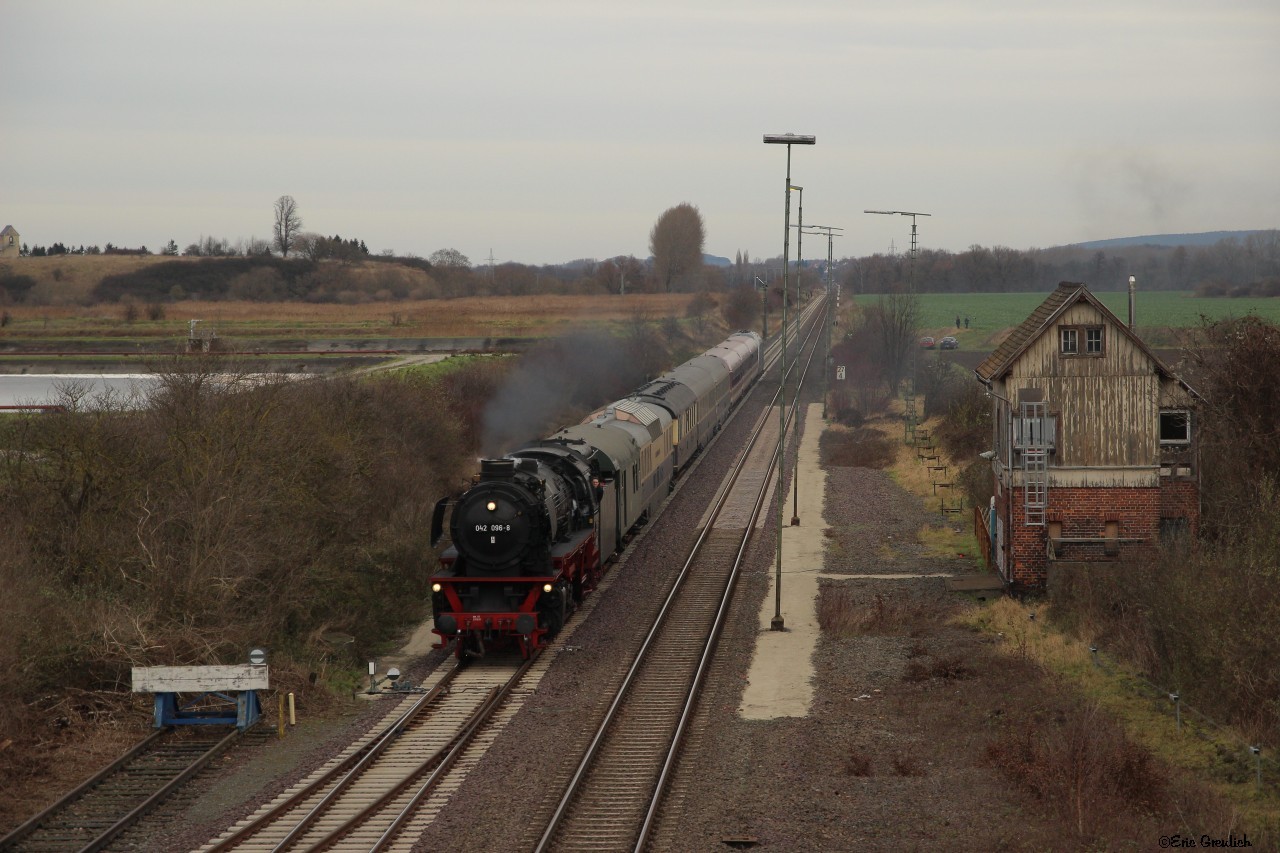 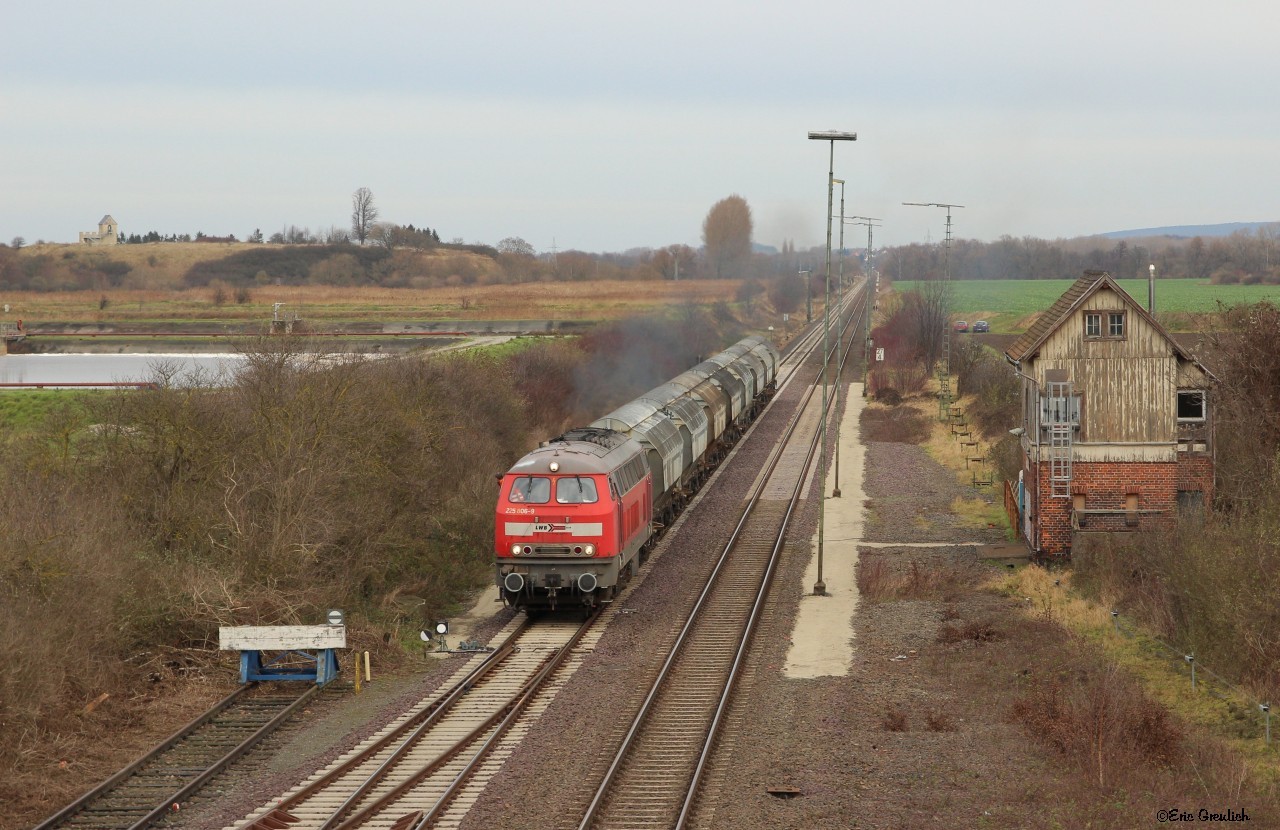 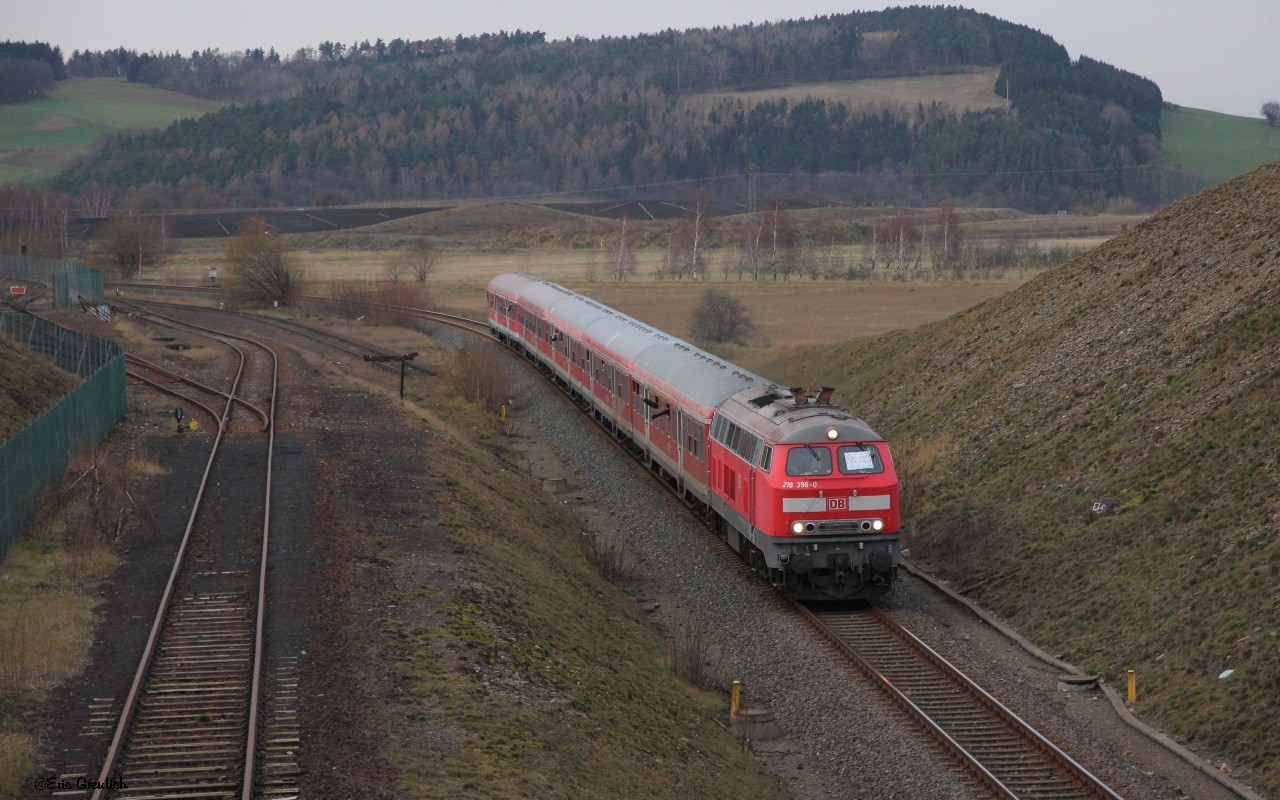 218 396 came at the beginning of the year to Lower Saxony. Here with a local train from Hannover to Bad Harzburg near Oker. 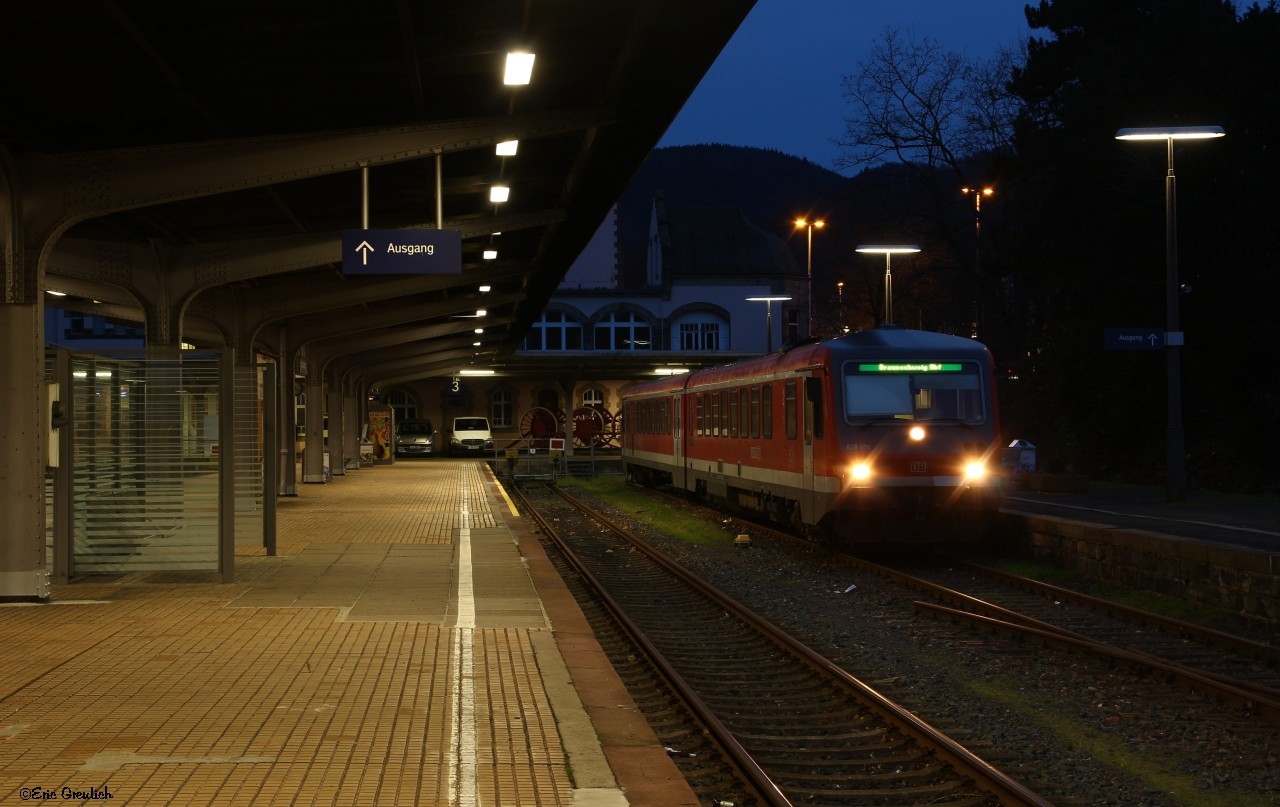 628 606 with a local train to Braunschweig in Bad Harzburg. My last photo of the day. 218 396 leaves the station Bad Harzburg and passed the famous signal-brigde. In the night from 25th to 26th decembre, the biggest bus depot in the region Hannover burned down. I take this photo on 27th decembre. 23 busses were destroied.

On the 29th decembre, I take with a friend the last tour in the Harz for this year. Now we are on he south-east-part of the Harz. There was a 20km (12miles) long railway from Klostermansfeld to Wippra. This railroad was named "Wipperliese". This railway will be closed at the 12th April 2015. Only 120 passengers take this train per day. I thing the problem is, that in Klostermansfeld are bad connections to other trains. Just this month, was built a new railway crossing. It cost around 500.000 euros. 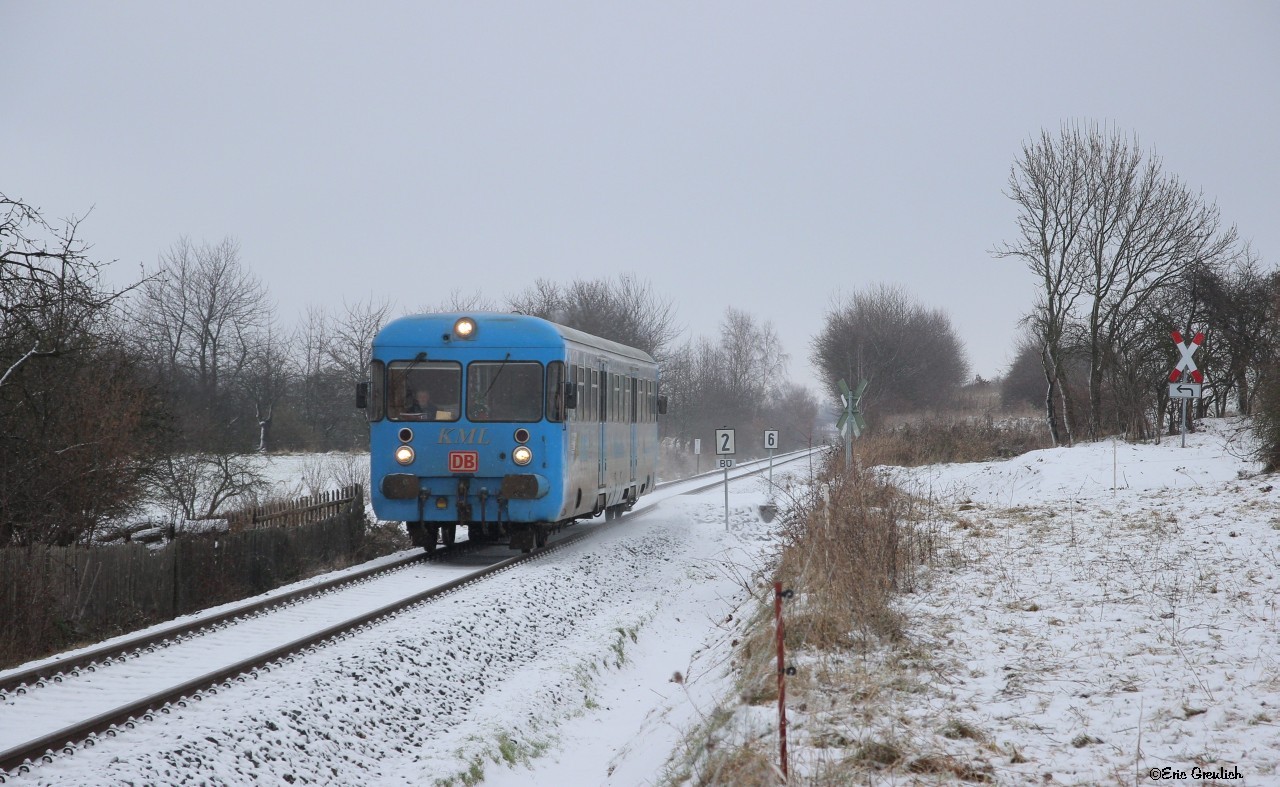 A old Esslinger railcar from the "Kreisbahn Mansfelder Land" By order of the DB. near Vatterode. 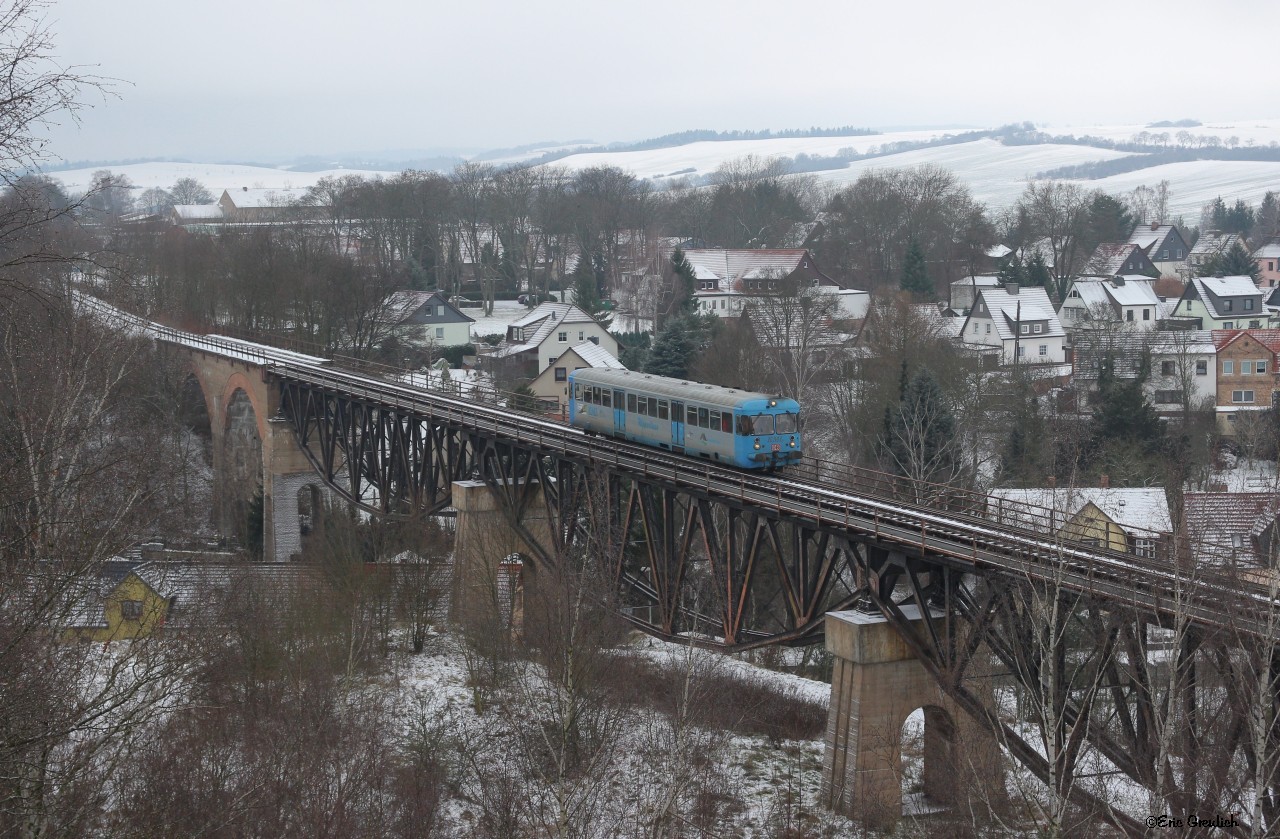 The brigde over Mansfeld was destroyed in the last days of the second WW. 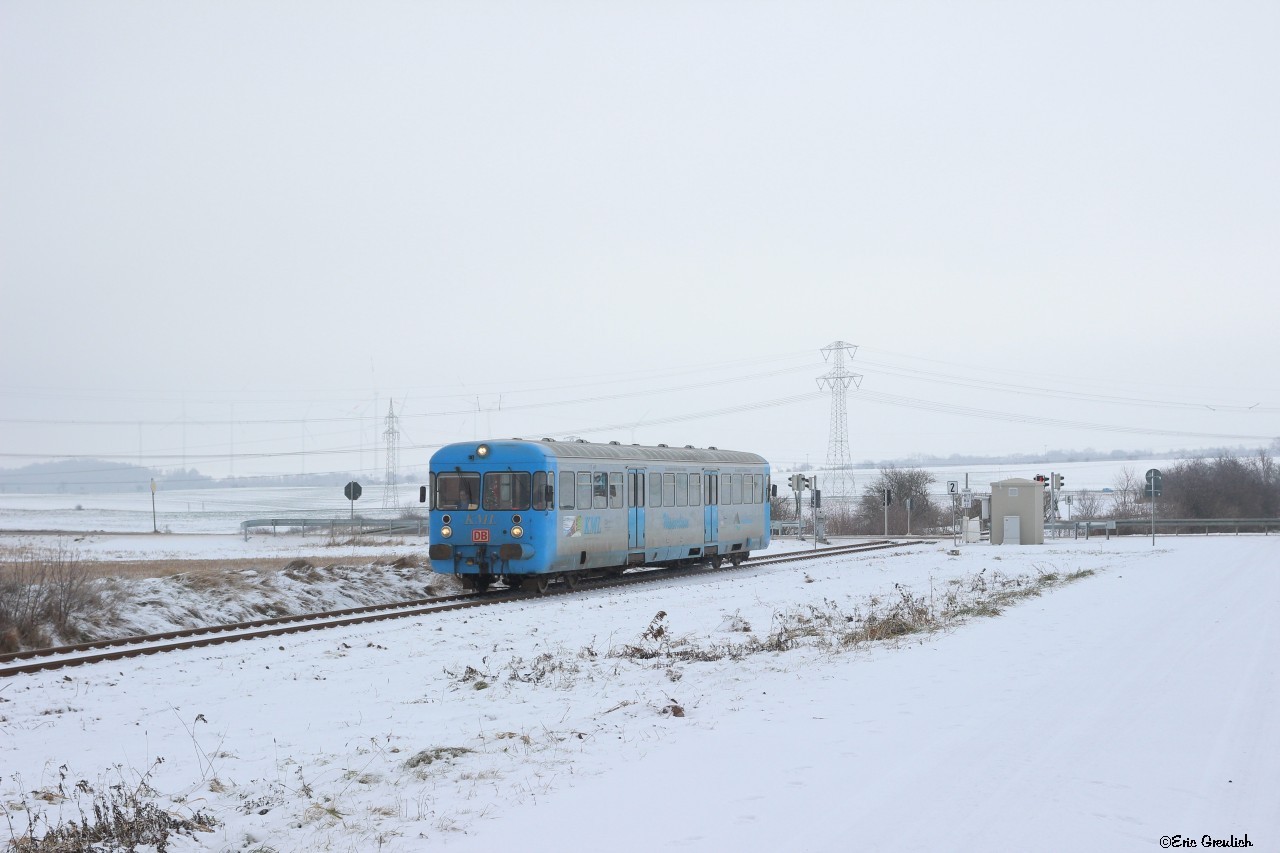 The railcar between Klostermansfeld and Mansfeld. In the background the new railroad crossing. The last photo from this railway was taken near Vatterode.

After this phot we change our place to the Harzer Schmalspurbahn. We take photos on the Selketalbahn. 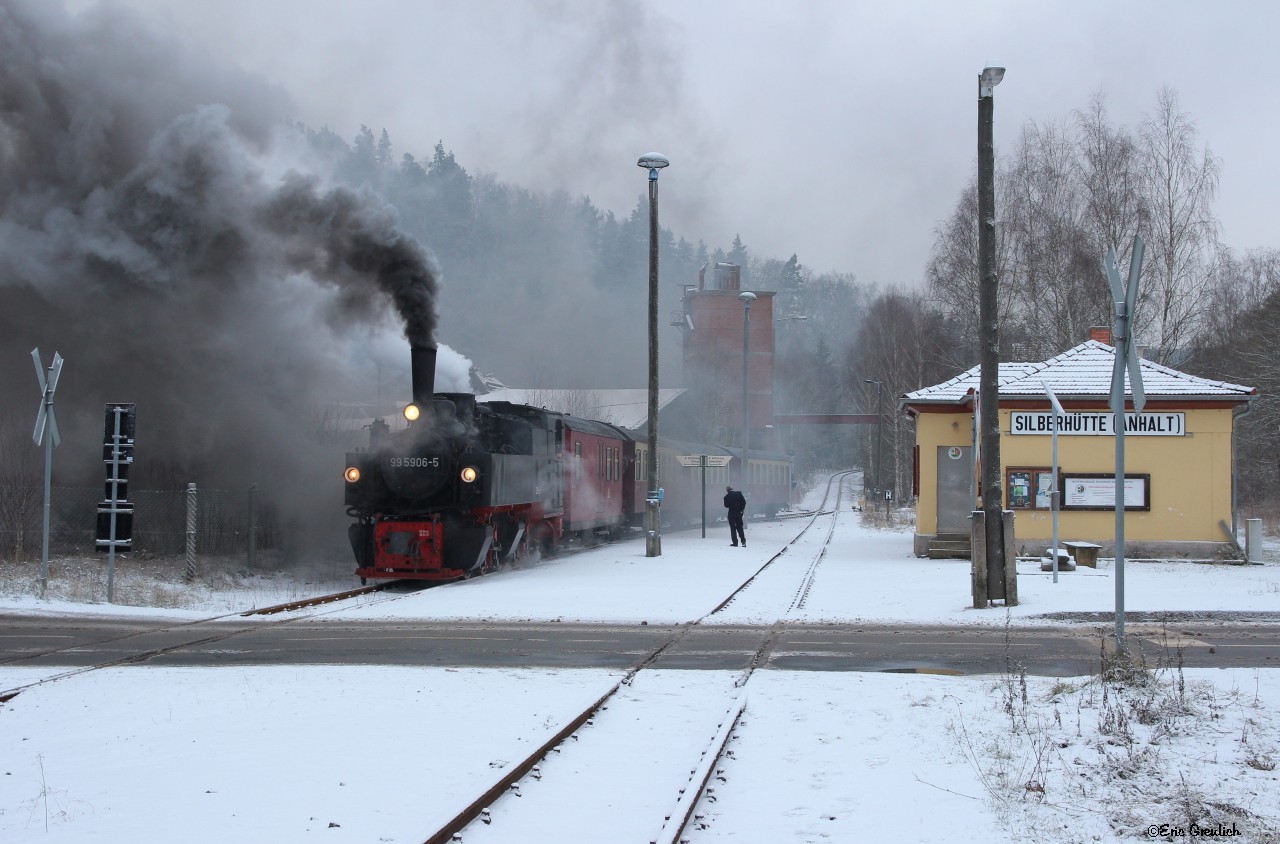 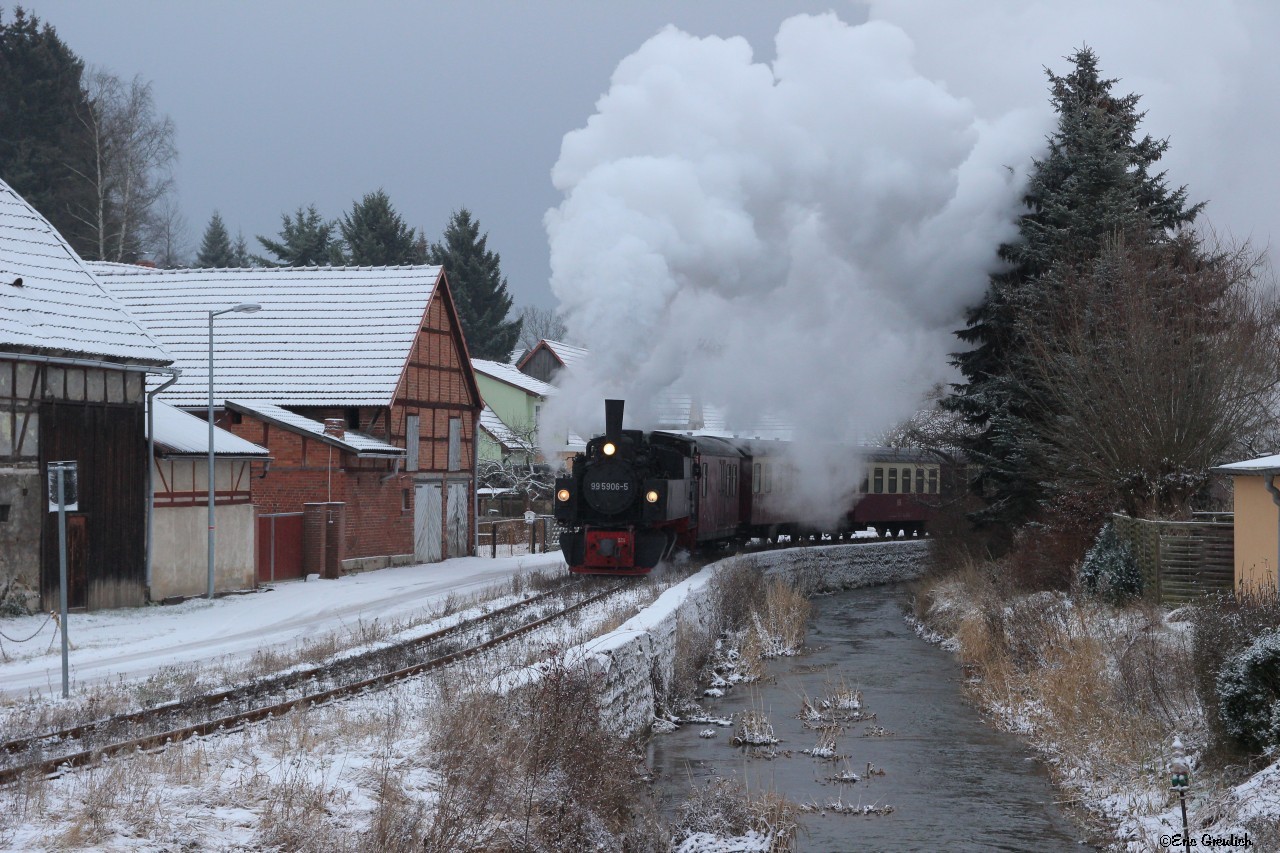 Some minutes later, we will take a photo from the same train in Strassberg.

After a good meal in a restaurant, we visit for our last photo this year the station Hasselfelde. 187 019 with a local train to Nordhausen Nord in Hasselfelde.

I wish you all a good start in the new year.