Frisco GP50 #3100, one of ten ordered by the Frisco but delivered after the Burlington Northern merger.
One of them, #3100, was delivered in Frisco orange and white but the other nine all came in BN green and black.
At Memphis on Dec 21, 1980. Kodachrome slide by Steve Forrest 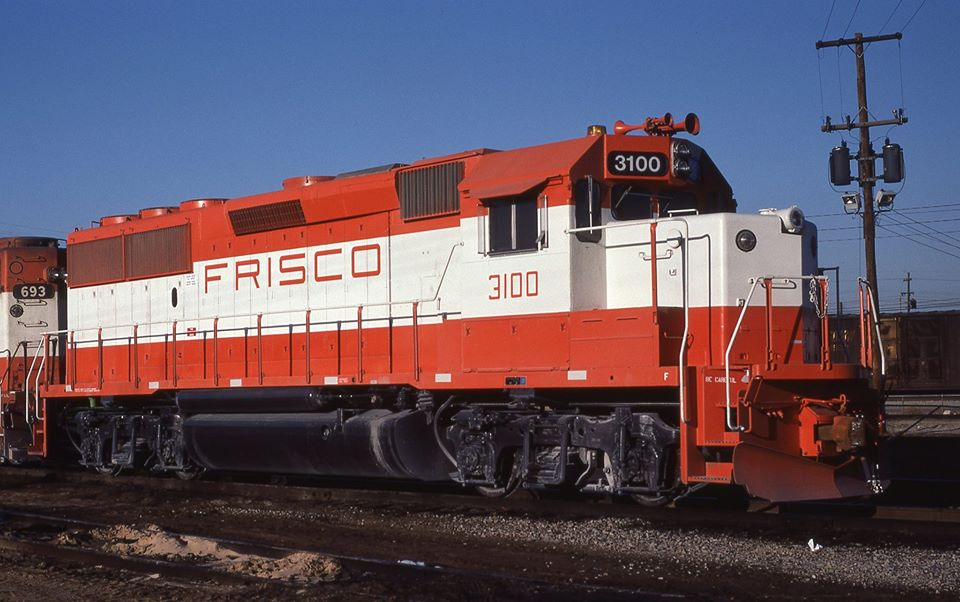 Staff member
Nice photo, thanks for posting! The FRISCO sure had a snappy paint scheme. 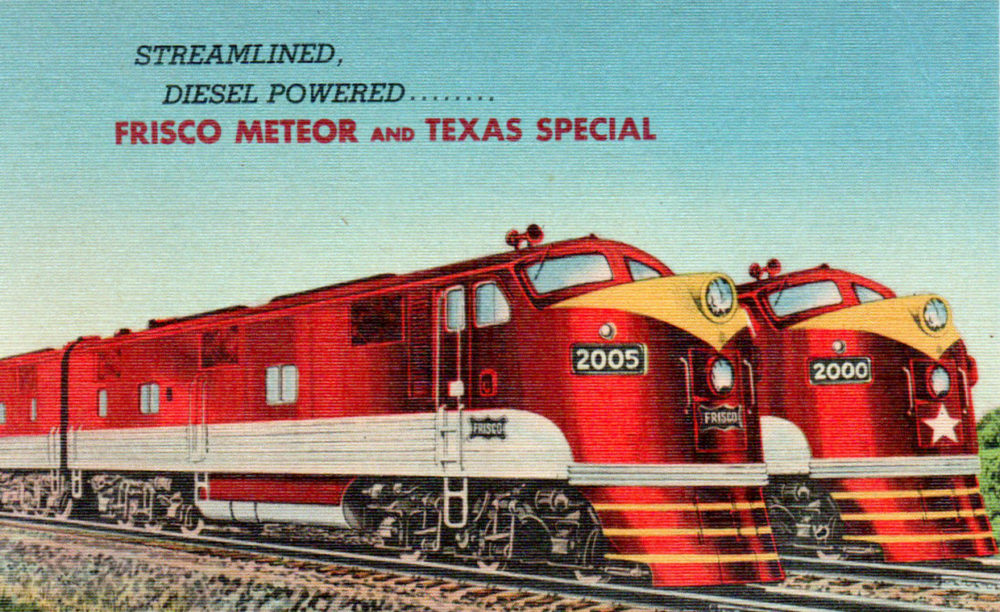 I have slides of Mandarin red & white Geeps passing through Sacramento in the early 80's in the consists of BN-WP-ATSF run through freights.
Last edited: May 14, 2020

Bill Anderson said:
I have slides of Mandarin red & white Geeps passing through Sacramento in the early 80's in the consists of BN-WP-ATSF run through freights.
Click to expand...

They also had some Black and Yellow "F's" on those runs as well!

Have more, BB, just need to take the time to "dig" them up - and post them?

BILL -- That was the "SUNNYLAND" which connected in Memphis with the Kansas City -"Florida Special" ... I forget, at the moment where it terminated in Florida?

Sirfoldalot said:
Have more, BB, just need to take the time to "dig" them up - and post them?
Click to expand...

I hope you can find them. I always thought the original black & yellow paint scheme of the Frisco F units was one of the sharpest diesel schemes out there. While we are waiting, here are some Sikeston, MO, Frisco stories from the late 50's-early 60's.

The Frisco tracks ran near our church. After Sunday school, my parents let me sit in the car instead of attending the "adult" service. I always hoped the daily passenger train or a freight would pass by before the service was over

Tragedy struck one day when two young boys were playing on farm machinery that was mounted on a flatcar. The flatcar was in a string of cars sitting on a siding that was being switched by the local. The force of the engine coupling onto the cars threw one of the boys off the flatcar and on to the mainline just another train was passing. The freight hit the boy and killed him.

I vaguely remember a car-train collision at a street crossing just south of the depot. I believe the driver, a woman, survived. One day our car was stopped at that same crossing by what seemed a very long passenger which had streamlined equipment. I did not see the head of the train, so I don't know the power. I thought it was a special move as I the only passenger trains I had ever seen pass through town were the ones I described in my earlier post.
J