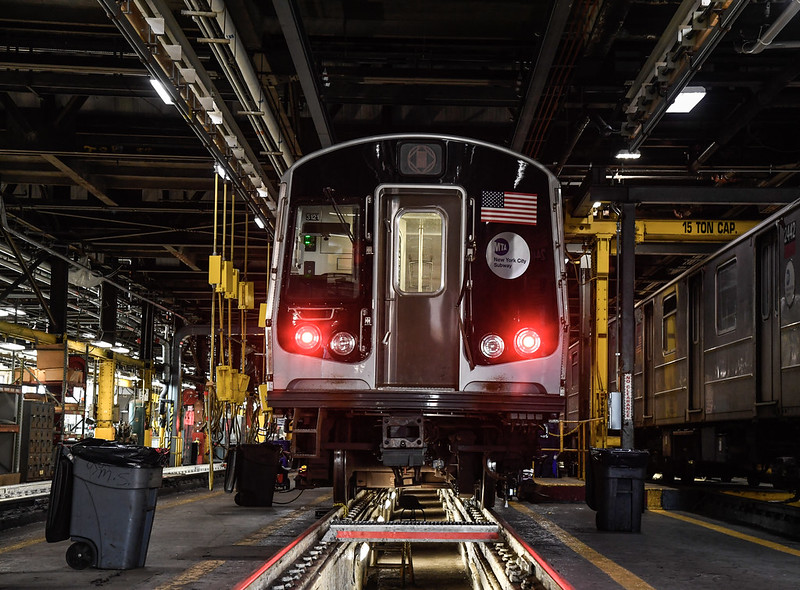 See Photos of the R179 Cars
View Report
​
MTA New York City Transit Interim President Sarah Feinberg today announced that the first phase of a comprehensive review of its R179 fleet has been completed and that the 318-car fleet will begin its return to service in the coming days. The review panel, comprised of outside experts, was tasked with reviewing previous production quality issues and incidents with the cars provided by Bombardier Transportation Group spanning from May 2019 to June 2020, and recommending appropriate steps for NYC Transit to return the cars to service.

The panel has met 15 times in the months following a June incident, in which a northbound A train became separated between the sixth and seventh cars of a 10-car train as it entered the Chambers Street station. In its recommendation, the panel ultimately determined that all known production quality issues with the cars provided by Bombardier had been adequately addressed by New York City Transit. The panel will continue its work and issue new recommendations in the months ahead to further enhance quality reassurance requirements and processes for current and future rail car procurements and lessons learned.

"I am grateful to this talented group of outside experts – they have completed a review of the R179 cars and developed a return-to-service plan that includes rigorous performance monitoring,” said Sarah Feinberg, Interim President New York City Transit. "We are actively working to institute these new procedures. I'm proud of the team that thoroughly reviewed these issues and am grateful to them for their work to keep New Yorkers safe.”

The panel is chaired by Robert Lauby, former Associate Administrator for Railroad Safety and Chief Safety Officer for the Federal Railroad Administration. Other panelists include Carolyn Flowers, Former Acting Administrator for the Federal Transit Administration and current Managing Principal at InfraStrategies LLC, Dr. J. Victor Lebacqz, Former Associate Administrator for Aeronautics Research at NASA; and Dr. Thomas Kurfess, Professor of Mechanical Engineering at Georgia Tech.
The panel reviewed the three prior quality issues with the R179 cars since their delivery began in 2016, including primary side collision welding anomalies, door operations and drawbar draft gear assembly. The R179 panel recommends that NYC Transit return the R179 fleet to revenue service by adopting a comprehensive return-to-service process, including testing and careful performance monitoring to gradually restore confidence in the R179 fleet.

The process is divided into three distinct steps -- Preparation, Simulated Service, and Performance Monitoring -- and is fully described below:
Preparation
Simulated Service
Performance Monitoring
The panel will continue its work and issue new recommendations in the months ahead to further modify quality reassurance requirements and processes for current and future rail car procurements and lessons learned.