Originally intended as a railroad exploration trip, I headed along the BNSF Bayard Sub and towards Denison IA. A brief interlude to catch the detour of Amtrak, (see the Amtrak in Dunlap Post), I continued north trying to follow the CN/IC thru the Boyer river valley. As I turned east I began to follow a track. It led me to Wall Lake Iowa. A fenced off station, a CNW yellow caboose with no lettering and cool banjo signal. I could see the CN/IC off in the distance with an eastbound headlight waaaaay away. I searched for the crossing or junction of the two tracks. Of course it was not accessible by road. So I settled for some telephoto shots. There is a bike path there so if I had a bike, more ralifan equipment. Anyway, I have since determined that the northern track was a CNW branch that crossed under the CN/IC at the bridge in the picture. The bridge is much too wide for the standard Iowa gravel road. Also the bike trail continues on the south side of the CN. It was a great day ending the northbound trek with the picture of the 2290 east of Wall Lake. 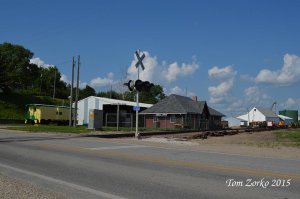 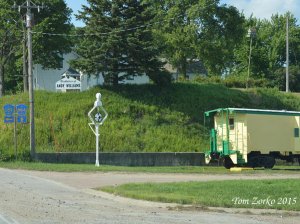 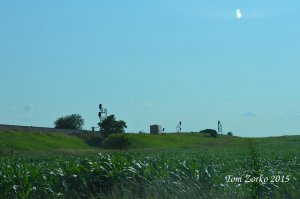 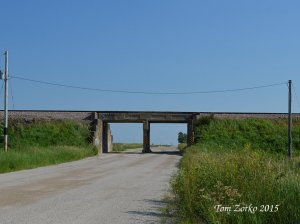 The Junction then, I think

Two shots of the CN trains one eastbound one westbound. Really unusual to see 2 trains in one day. Hard enough to see one train in a week. 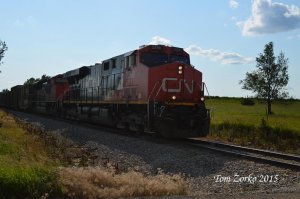 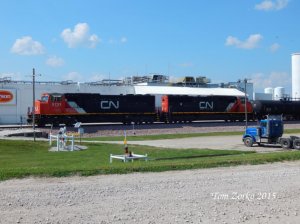 There are certainly lots of branch lines in Iowa.

Yes that's true. If you look at a RR map from 1930' and 40's, between the Burlington and the CNW it looks like somebody threw a handful of spaghetti on the map and said build a track there.
7

The Bayard branch of the BNSF used to be the Milwaukee Road Omaha mainline. I believe it is all gone east of Perry.

CGW101c said:
Yes that's true. If you look at a RR map from 1930' and 40's, between the Burlington and the CNW it looks like somebody threw a handful of spaghetti on the map and said build a track there.
Click to expand...

It is somewhat ironic to see Canadian National lines in America's heartland.

728 Cable Donkey said:
The Bayard branch of the BNSF used to be the Milwaukee Road Omaha mainline. I believe it is all gone east of Perry.
Click to expand...

Did that line go through Ft. Dodge? I visited elderly relatives in Ft. Dodge back in 1972 who referred to one of the lines going through town (I thought it was the Illinois Central line that paralleled the river) as the "Omaha Road". The Omaha Posse could make a career photographing the abandoned and surviving rail lines of Iowa.

Just west of Fort Dodge, the IC Omaha line and the Sioux City line came together and went thru Fort Dodge. The other railroad in Ft Dodge was the CGW from Omaha. The track for the CGW still goes east as the UP. The CN/IC continues east. This was the line that went to Chicago. The BNSF Bayard sub was the Milw Road's Chicago mainline. In the some old slides post are some pics along the Milw main. I think Bayard is the end of track and there is no track left in Perry.


Bill Anderson said:
There are certainly lots of branch lines in Iowa.
Click to expand...