I am a new forum member and this is my first post.

I'm a part time driver and maintenance man for the Kannapolis, NC Village Park C P Huntington #262 train ride. Kannapolis bought this train from a private estate in the New Orleans area in 2005. It left New Orleans one week before Hurricane Katrina hit New Orleans. Had it not left there when it did, I was told that it would have been under 11 ft of salt water and likely destroyed. It was moved to the city warehouse here, where it was fully restored (hadn't been used in over 3 years) and it waited there while the station was built and the track laid in the park for it. Our station is also the train barn where we keep the train secure and out of the Weather when not being used. There are large doors at each end and the track runs through it. Two additional doors along one side of the station are the entrance and exit doors for the riders. The track presently is just over 1/2 mile in length, surrounding about 2/3 of the park. There is a picnic pavilion area, kiddie splash pad, and playground within the track loop and then outside the track loop, a large green with an outdoor stage, the administration building, and soon the carousel building will be complete that will house North Carolina's first two story high carousel. The train came with more rails than were used here and there has been some talk about extending the track along a creek green way to Baker Creek Park, just North of this one. A smaller station there would allow us to carry passengers between the two parks and add considerable track to the train ride.

Our Summer season is almost over, but the park gets heavily decorated for Christmas and then the train runs every evening between Thanksgiving and Christmas, taking riders through this Christmas Light Wonderland. It will then close again until April, when we again open the rides on the weekends, until school ends. Then we are open daily until school opens again, and we go back to weekends only until mid October.

The Village Park is located just West of downtown Kannapolis at 200 West C Street. Kannapolis was a former mill town for Cannon Mills, the huge towel and linen manufacturer. The mill and buildings are now completely gone and the property is now in the process of being replaced by a biotech research center. The Dole Foods CHQ and lab are now located here. Many new buildings have been built on the former mill property, including our new city hall, which opened in the Spring of 2016.

I've attached some photos of the train (if I'm successful at uploading them). The train was built in 1991 by Chance Rides for the previous private owner. It has a Continental 4 cylinder gas engine and we have three passenger cars, with a wheel chair position in the front end of the first car. This week I was successful in getting the smoke system working again. It hasn't worked since the train arrived here, but I don't think anyone made any effort to fix it before me. This is my first year on this job and I am finding many little things that need my electrical background and attention, although the train itself is in very good condition with very low running hours for it's age.

Here are links to two videos of our C P Huntington train.


The Christmas Express Train Ride At The Kannapolis Village Park


And Some snap shots below. I just managed to get the smoke system running this past week. 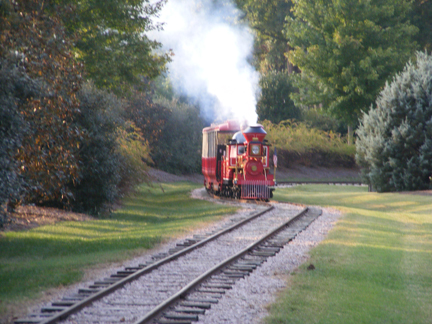 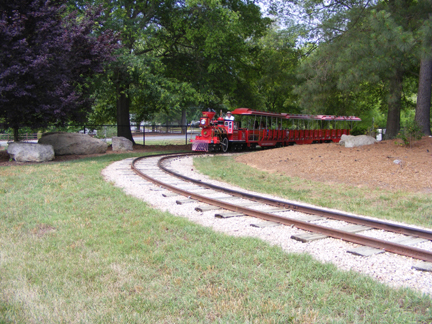 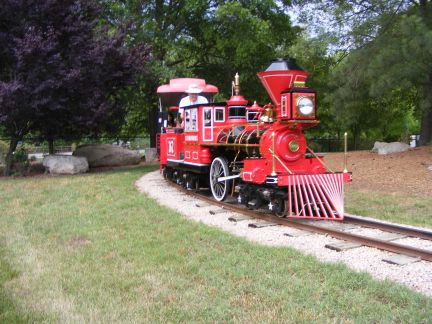 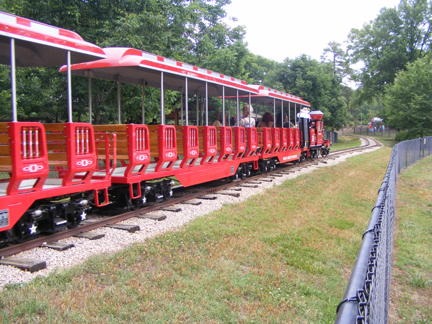 We now have a Carousel in the park located just across the walkway from the train station. It's Italian made, and I've been told that it's the only two story high carousel between New Jersey and Georgia. This Carousel was purchased from a closed down shopping mall in Missouri 5 years ago and . it has been in storage here since then, waiting for the new building to be built for it, The Carousel finally opened in June of 2017 and it has proven to be a great success.

Pictures will be added soon.

Staff member
Nice looking train! It’s so rare to see the smoke used that I forgot they can do that.

Staff member
If you really wanted smoke, I suspect a theatrical smoke system would be the best approach. It's odor free and doesn't leave a residue. I think that's what they use on the Thomas Engines. However, I'm pretty sure you can just not use it at all, and nobody will notice. It's been over 40 years since I've seen a CPH train use it, and even then, they only used it when it was brand new. They probably found the same problems you did, as they quickly abandoned it. For a short time, they'd do a bit as it pulled into the station.

CharleyL said:
The peanut seems to smell the best, but again, I doubt we will ever use it.

Go with the peanut oil and sell hot roasted peanuts in the concession stand.

We always say at the Zoo in Omaha that our popcorn sales increase when we burn the Bio-diesel.

I've been away for a while, and I no longer drive the train. Heart problems have put an end to that, but I still love the train and provide technical help to the one who is taking care of it now. I'll be posting some more photos and some of the carousel soon. The carousel that is here is the only 2 story high carousel between NJ and Georgia. It was built in Italy. I just need to get my computer and photos a bit organized before I can post them. The CP Huntington #262 in the Kannapolis, NC Village Park is still running, every day all Summer, and on weekends in the Spring and Fall, then again in December every night for the Christmas lights ride through the park. The carousel is running whenever the train is running.

Our Carousel in the Village Park, Kannapolis, NC 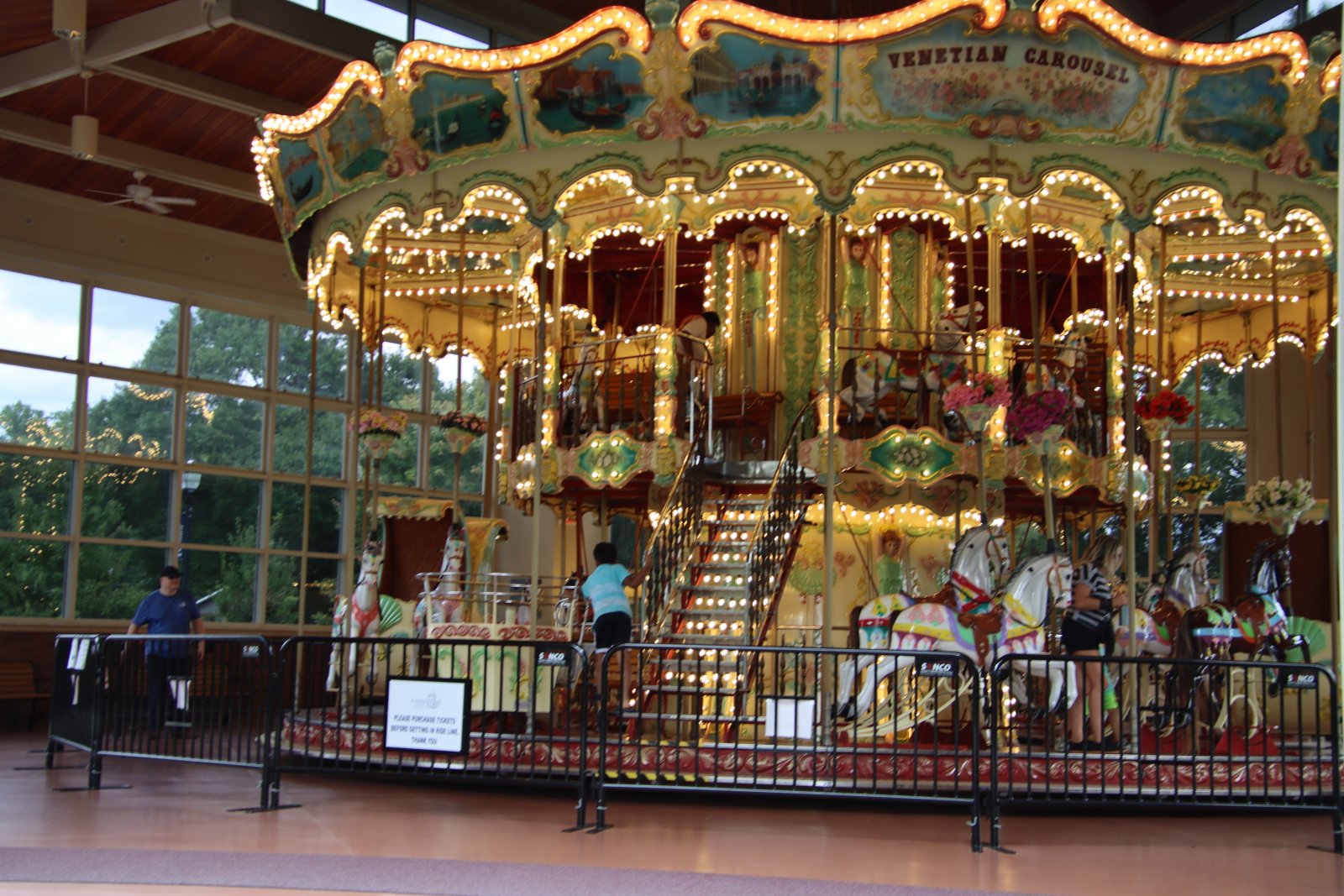 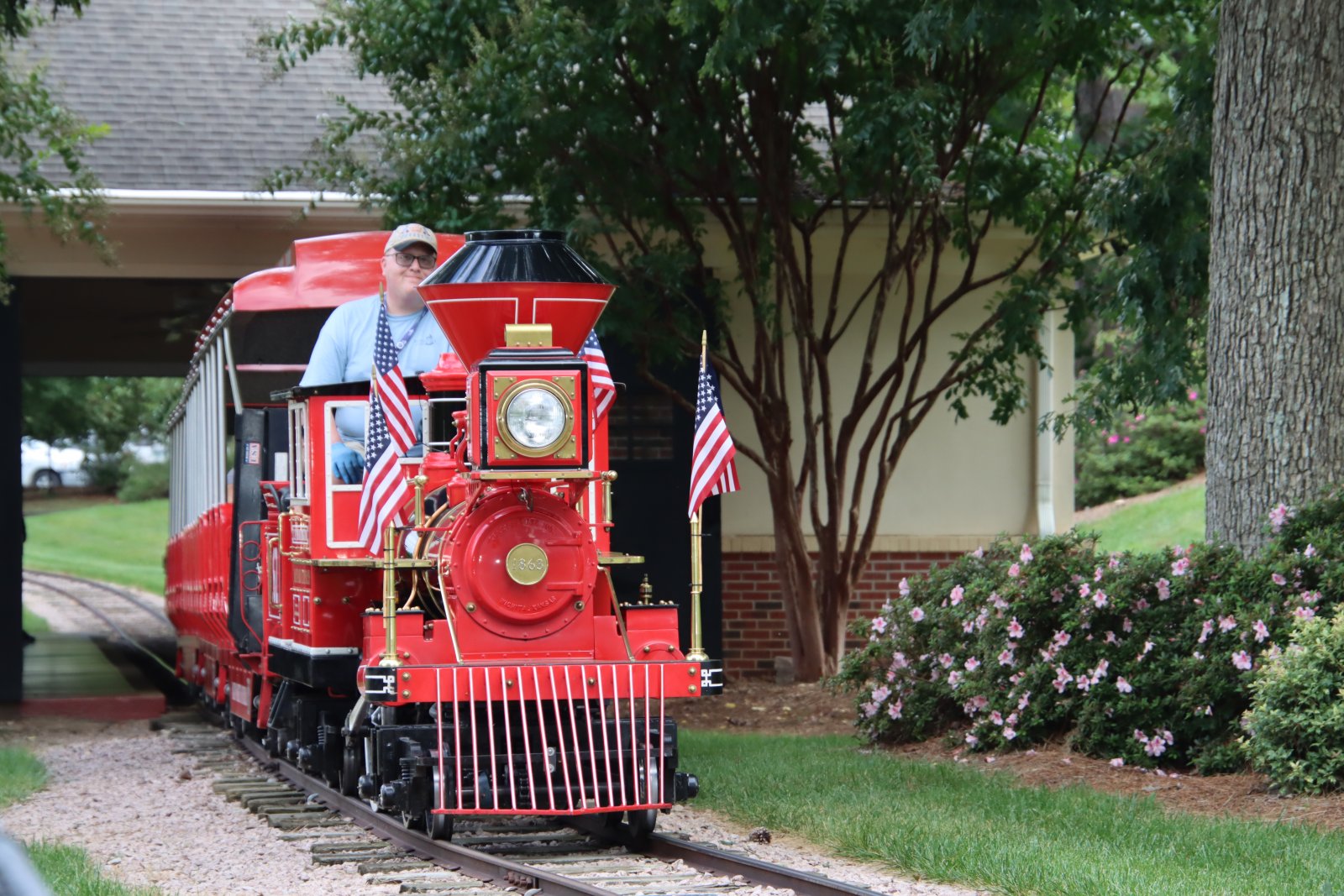 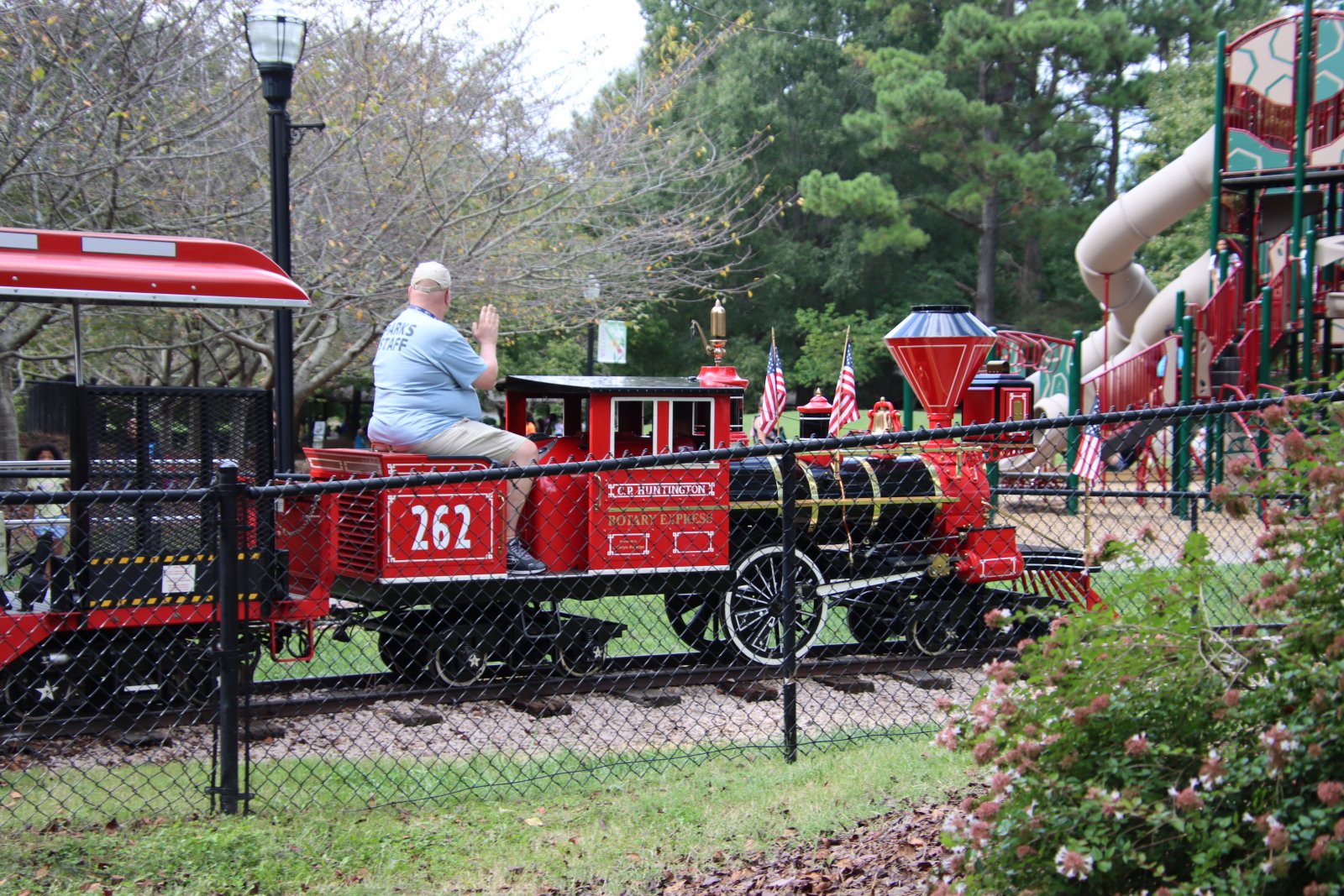 The carousel was moved from a defunct shopping mall in Kansas and is now installed in a new octagonal building designed and built for it at the park in 2018. To my knowledge, it is the only 2 story high carousel between New Jersey and Georgia on the East Coast.

In 2021, the C P Huntington 262 was converted from it's Marathon 4 cylinder gas engine to a diesel and a fully hydraulic drive system, so it has much higher torque and can climb the hills in the park much easier now. The new hydraulic transmission also maintains speed much better than the old drive system, but the train was out of service for all of 2021 to have this conversion done. Numerous "bugs" have interrupted regular service in this 2022 season, but it is doing better now. The C P Huntington 262 had been privately owned and on an estate in South New Orleans before being purchased and moved here just before Hurricane Katrina.

The rides at the park will open again in the evenings following Thanksgiving and through the Christmas Season in December, for the Park's Christmas Lights Celebration. The entire park is decorated for this every year. The rides are open all Summer every day while school is out, and every weekend from April through October. That's Joe, a good friend of mine, driving the train in these photos. He has been a driver since 2018.