Last week the surfacing gang I am with began working on BNSF's Marshall Subdivision, which if the internet research I did was a former Great Northern line.

Today we worked south of Pipestone, MN and worked past a grain facility in Split Rock, MN. There were a couple of units parked there that I got the following pics of: 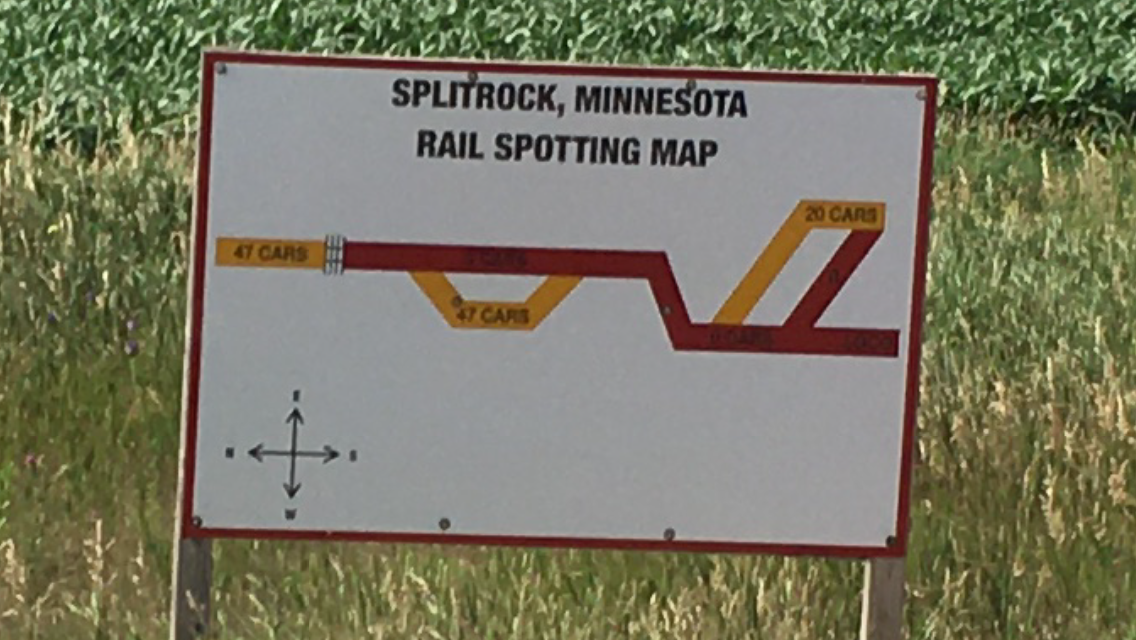 It was painted in standard for the time bloody nose colors and featured a full 5 light headlight arrangement on the front end. The rear featured a dual sealed beam light only.

She entered the GRIP program and emerged as SP 6953 in 10/7/1974. She retained her turbocharger, but did NOT have her rear headlight arrangement altered. 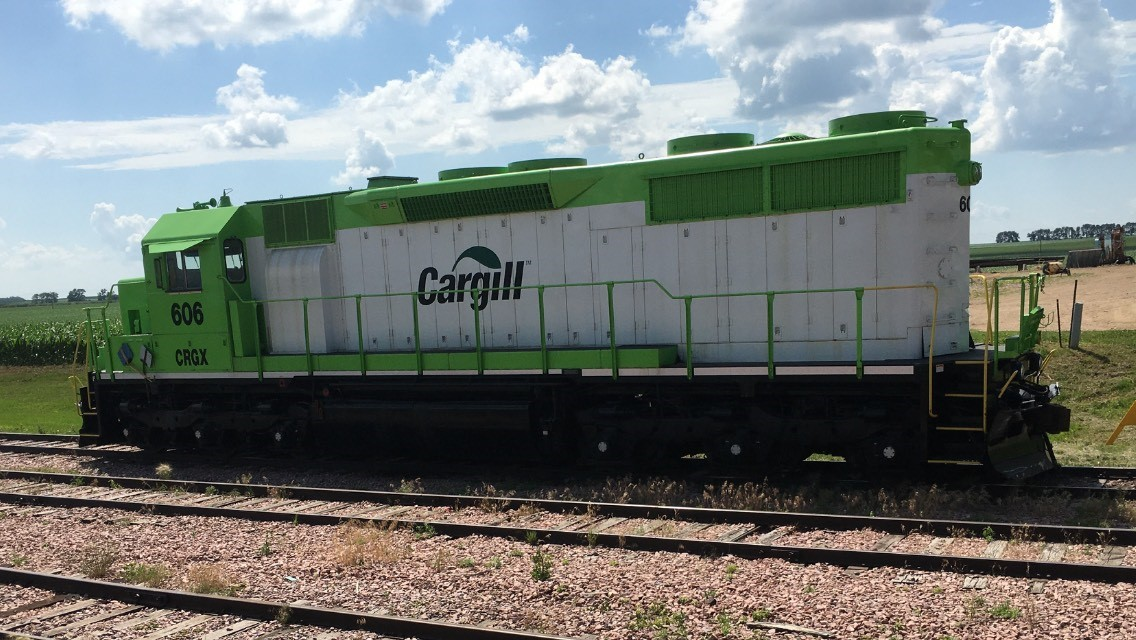 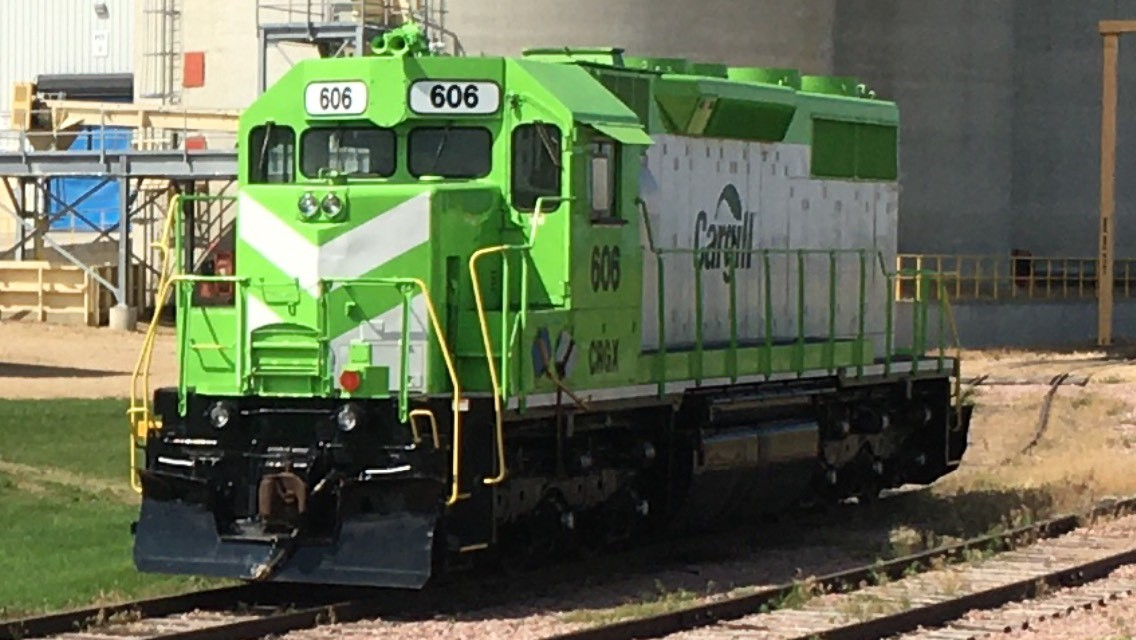 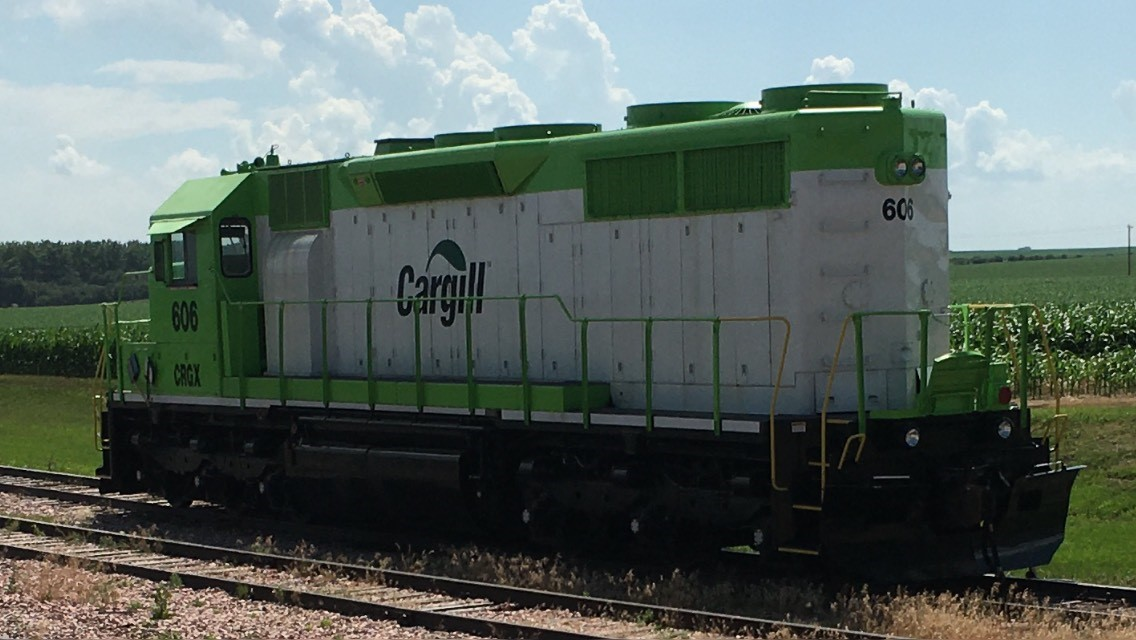 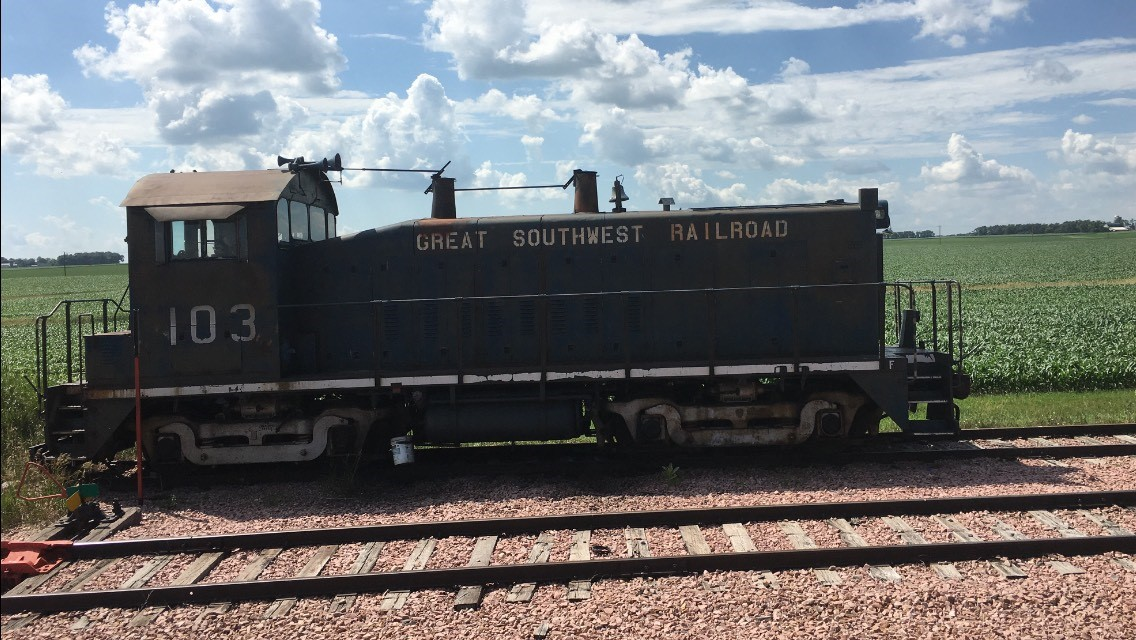 I'm not sure what the contraption between the stacks is for; possibly to make sure the rain caps are licked down when the engine is not in use to keep rain from going down the exhaust and seeping on top of the cylinder heads. 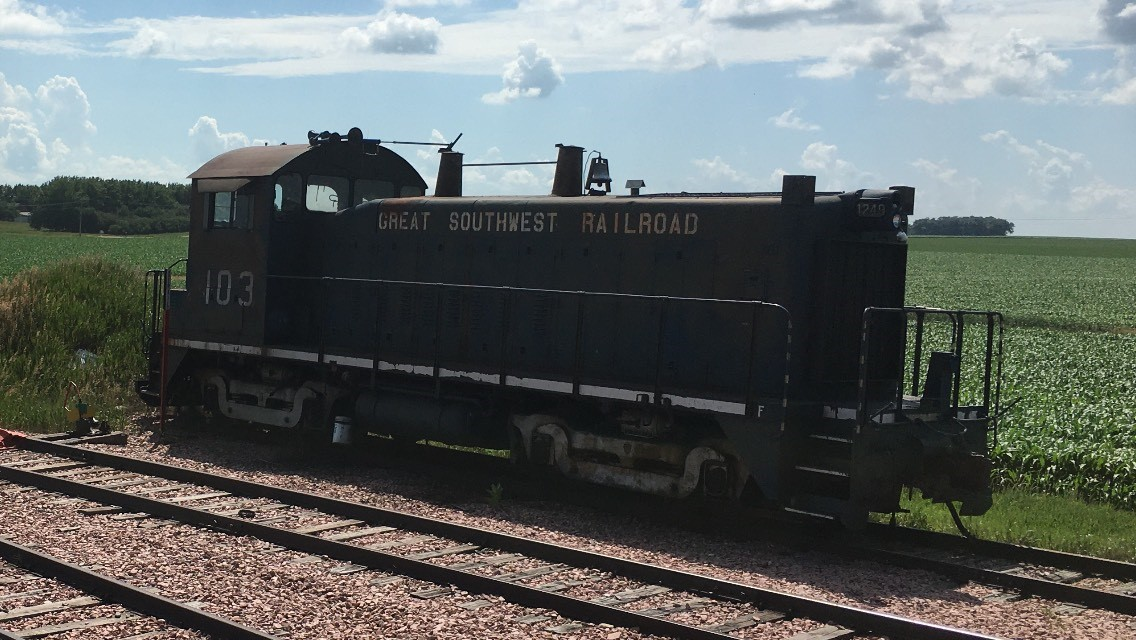 The Great Southwest Railroad was a small yet vast switching railroad, chartered on May 7, 1957, to serve industries in Arlington and Grand Prairie, TX. The line was built and operations commenced two years later. It connected to the then-Texas & Pacific line in Arlington, and meandered northward to a connection with the Chicago, Rock Island & Pacific at a small community called Tarrant.

Just a year after it started operations, in 1960, 90% of the GSWRR was purchased by its two connecting railroads, the T&P and the CRI&P, each with a 45% share. In 1985, the Missouri Pacific, which had purchased the T&P, purchased the Rock Island's shares outright, giving MP complete 100% control; the GSWRR was subsequently merged into the MP in 1987.

Today, some of the tracks are still used to serve local industries by Union Pacific. While its northern connection has been severed with the Rock Island (which is now owned by the cities of Dallas and Fort Worth, on which their Trinity Railway Express commuter trains run), the southern connection with UP still sees about a train daily. Some of the spurs have since been abandoned.

History, map and pictures of the abandoned Great Southwest Railroad between Tarrant and Arlington, Texas.

Former BN SD40-2 8106 at a grain elevator in Ruthton, MN. This is the only pic I got of the unit; after retirement became FURX 8106 and later NREX 8106. There were enough empty grain cars to make a single unit train at the facility. 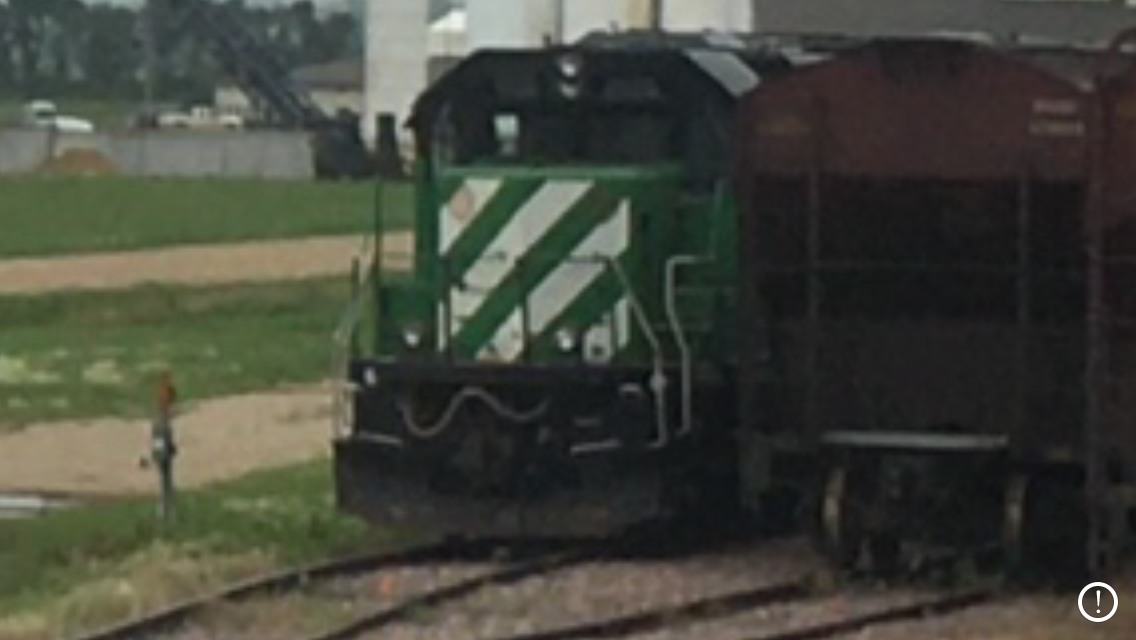 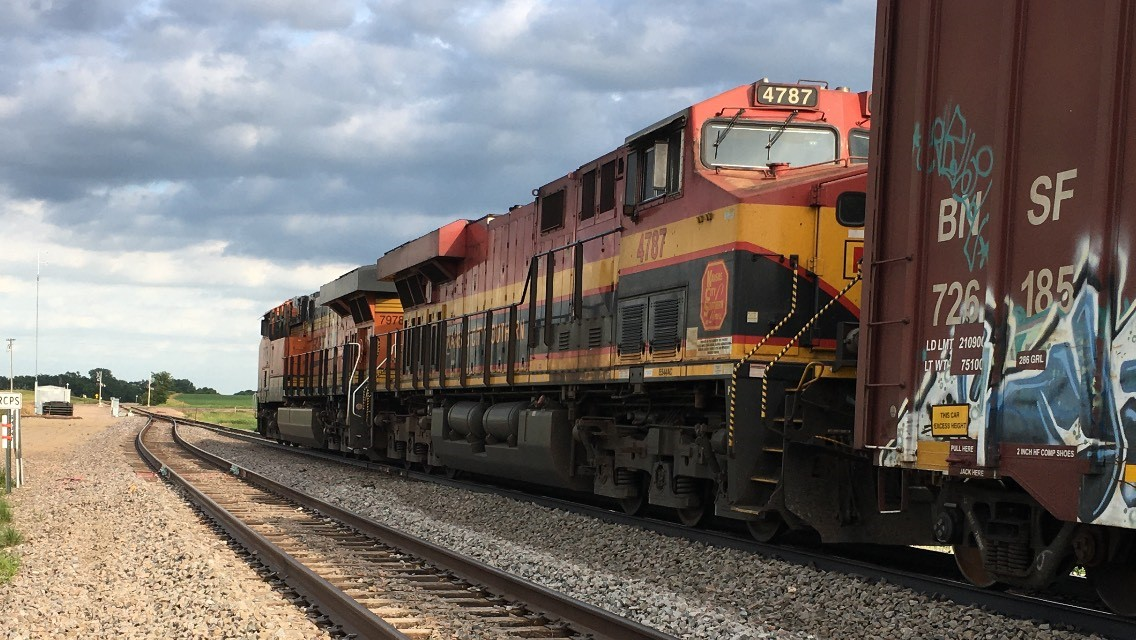 They still run that SW9?

brad_in_omaha said:
They still run that SW9?
Click to expand...