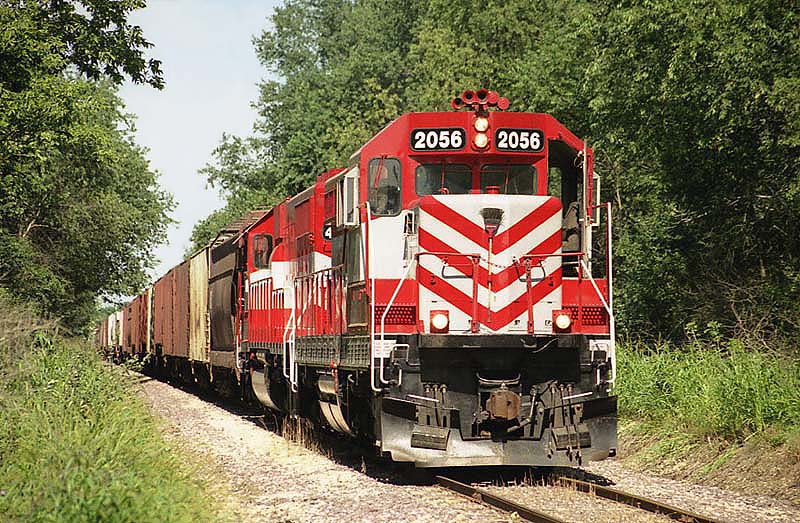 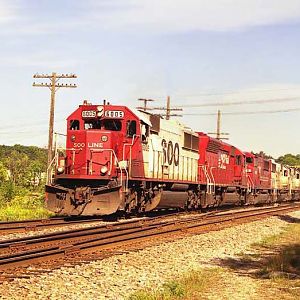 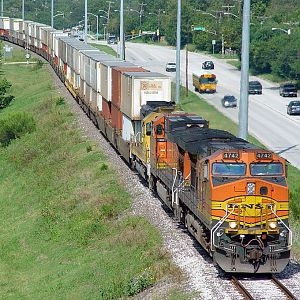 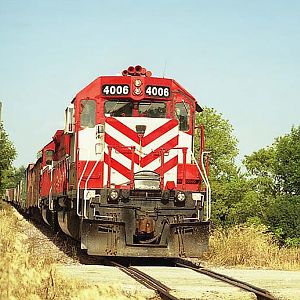 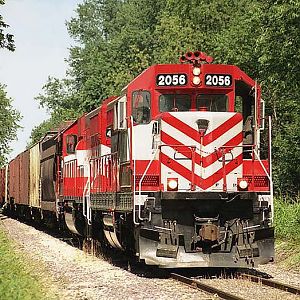 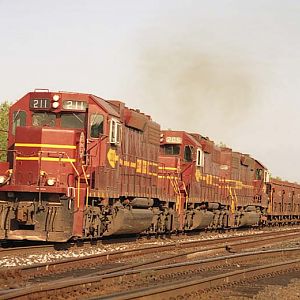 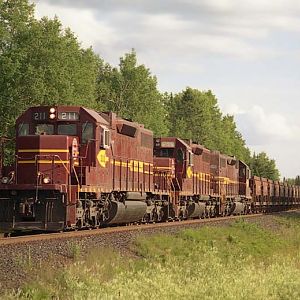 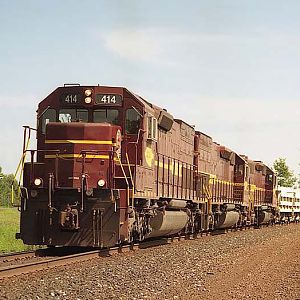 WSOR Westbound Freight Train at Janesville, Wisconsin with an SD20 ( Former IC ) leading an SD40-2 ( Former UP )
Click to expand...
Very nice!
Thanks Brian, Ironically I had no plans to stop here, because the weather was overcast. I had been in Proctor, Minnesota that morning &amp; got a shot of 1 northbound limestone train on the DM&amp;IR &amp; not long after that the overcast moved in, so off I went on my way back home to Birmingham, Al. after a very successful 20 day vacation. I followed the CP River Sub in Eastern Minnesota &amp; saw 5 or 6 trains in an hour or so, but unfortunately the sun never came out the entire time I was following the CP River Sub &amp; I saw some good trains too, oh well I'll be back soon, as I still have 2 vacation days left &amp; I plan on using them for going to Minnesota City to try &amp; film the DM&amp;E while filming the CP as well. Anyway, the weather cleared up not long after getting into Wisconsin, so I decided to see what I could find at Janesville, Wi. &amp; low &amp; behold I saw 3 trains at the yard in Janesville. I saw a westbound freight train heading toward monroe, wi. with an SD20 leading an SD40-2 &amp; another train headed eastbound with a pair of SD40-2'S for power &amp; while I was chasing that train I spotted another train headed westbound at Milton, wi. with a pair of SD40-2'S. Sometimes you have all the luck
Thanks TrainPohll