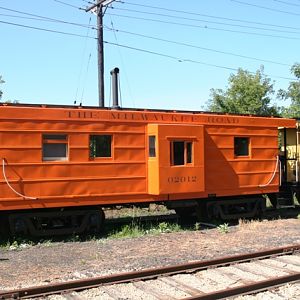 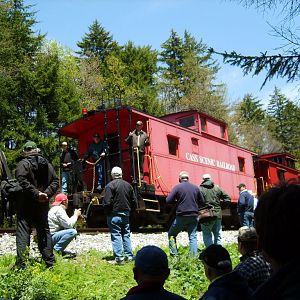 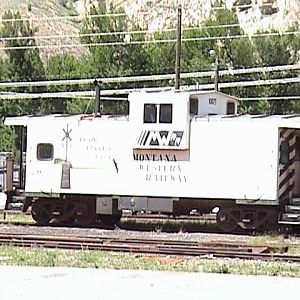 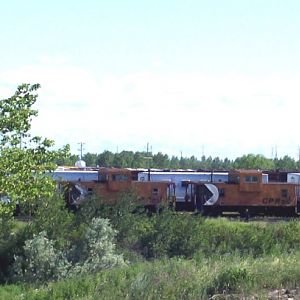 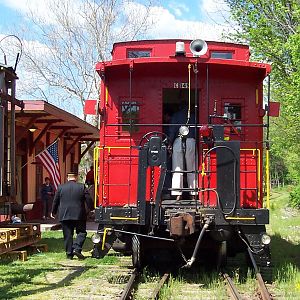 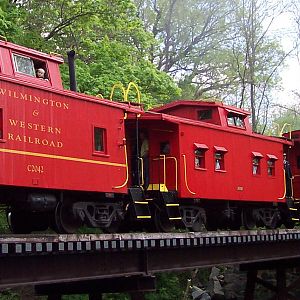 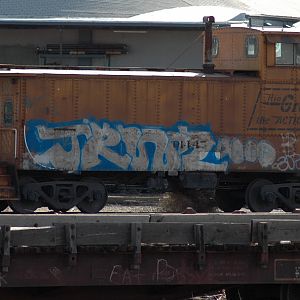 How unusual is it to see 5 cabooses all together outside of a museum or a tourist RR setting. As you can probably guess by the couch in the foreground, this isn't the best setting by far - a converted landfill, i.e. garbage hill. These cabooses along with various work equipement, mostly bunk cars (50+) are stored at Winnipeg's North Transcona yard.

At one time the yard was very important to the RR, as unit grain trains (possibly coal, potash too) used it to by-pass the city. Nowdays with cost cutting, that sure seems like a rediculous idea, a parallel ~20 mile line to by-pass traffic, no way just put everything on the mainline, be thankfull it's still double-track. I'm sure the swing bridge over the river (still there) didn't help with maintenance costs either. Anyway most of the rail is pulled up, making the yard dead-ended on one end. The other half is being leassed by CEMR, a major Winnipeg-based shortline.

Sadly much of the equipement leaves this yard with one destination - scrap plant across the river. For the last decade it's ussually been old 40' boxcars converted to bunks, now replaced by bunks on flats.

During my 8 years in Winnipeg, this was the only time I visited the yard, can't say I missed much action, especially since I railfanned the scrap line where most of this stuff ends up, or more correctly ended up, as this was taken almost two years ago.