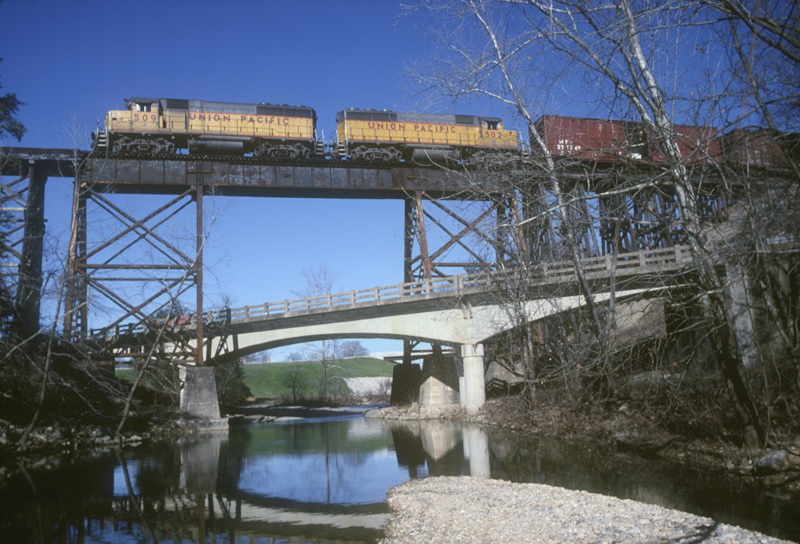 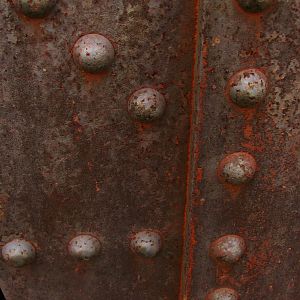 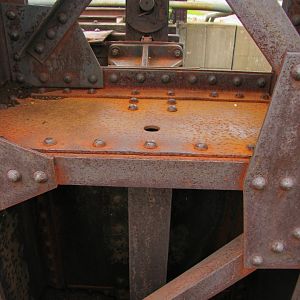 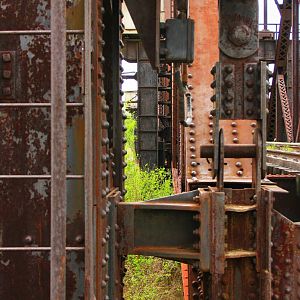 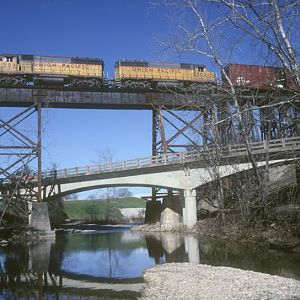 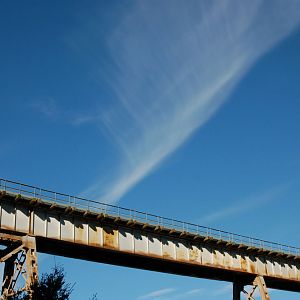 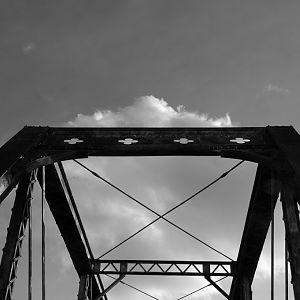 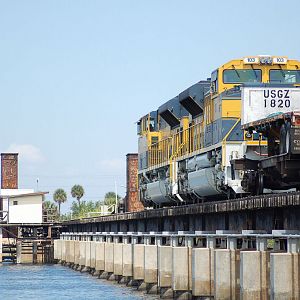 I'm still researching this loco, it appears to be originally MKT GP-40 #203. It is pictured on the George's Creek bridge, the original was built in April 1903, a 1900 foot long, 60 foot high wood trestle, built to accept engines weighing 86 tons, and in 1903 there was no highway below it. I'm researching when the steel replacement was built, sometime in the 1930's. Previous to the steel replacement, the speed restiction on the wood trestle was 12 mph.

&quot;One of the more far reaching programs outlined in 1915 was to fill in 47 of the 57 high trestles between Cotter and Crane. The other 10 would be re-built as steel and concrete trestles. The original trestles were built with the best grade of wood but their useful life was approaching an end. As work progressed it became apparent that earthen fill was the best method, and eventually only four of the great trestles were re-built with steel although some were a combination of fill and steel due to circumstances. Work started in 1915 and was not completed for another 20 years. The longest bridge, that spanned the George's Creek Valley, was 1900 feet long.&quot;

The bridge is perhaps 50 years old by the time of the photograph, and crosses over a highway, which in turn crosses over a creek. There are several triple crossings of this nature in the US, here is one. I'll collect the full history of this bridge and publish is here. Most of this information is from the book, &quot;The White River Railway&quot;, by Walter (Mike) Adams.