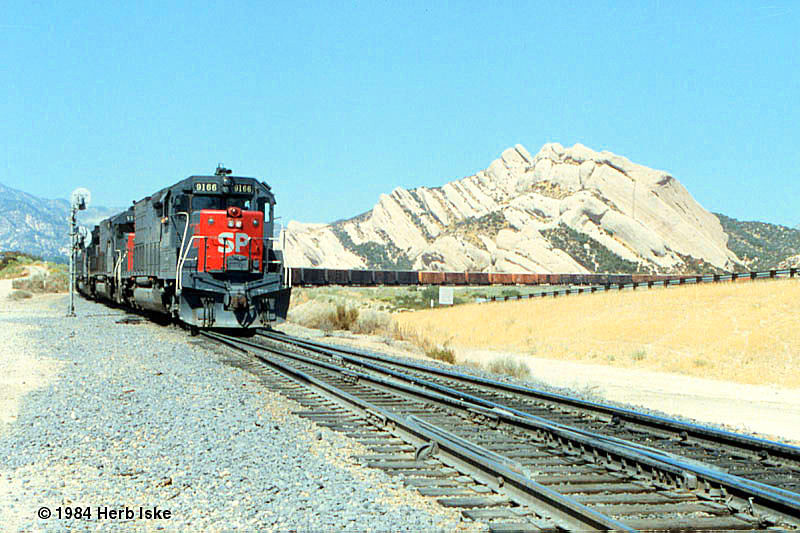 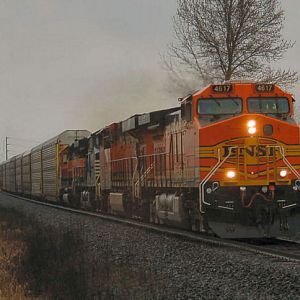 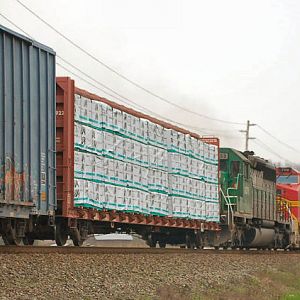 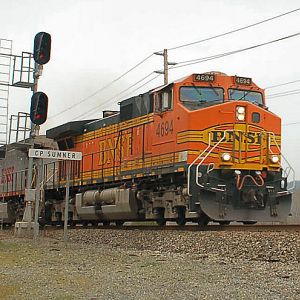 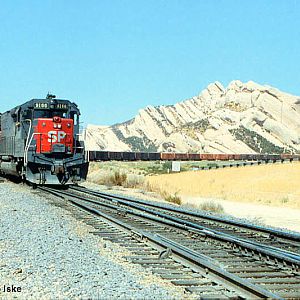 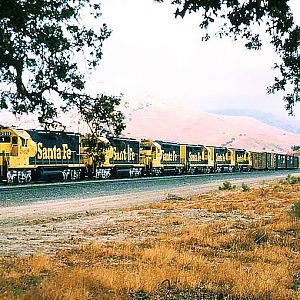 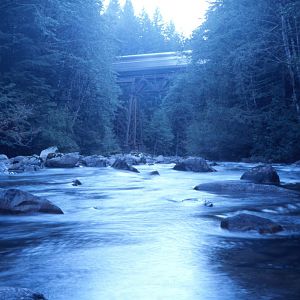 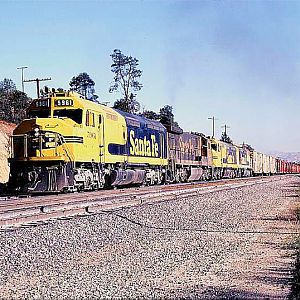 An eastbound Southern Pacific freight cranks up the dynamics led by SD45T-2 #9166 through the Mormon Rocks on the Palmdale Colton Cutoff at the west end of Canyon in 1984.
Click to expand...
Nice One!
Thank you Joe. Those were great days in the Pass!
Great shot
Thank you very much William! Always appreciate your visits to my gallery.
You're welcome Huskerherb, I noticed a recent shot you uploaded of the SP 7437 back in the 90's, which I also got a shot of about 2 or 3 years later in Mobile, Al. when I worked there as a conductor with CSXT. Back in the day SP, SSW, C&amp;NW &amp; D&amp;RGW were quite frequent visitors on the CSXT NO&amp;M, M&amp;M, &amp; PD/PA Sub's. Now all you see is UP power, generally SD70M'S, since almost all the predecessors have been repainted or patched. UP really wasted no time repainting their predecessor power, but at least they had some class to paint several of their SD70ACe's in their heritage paint scheme's.