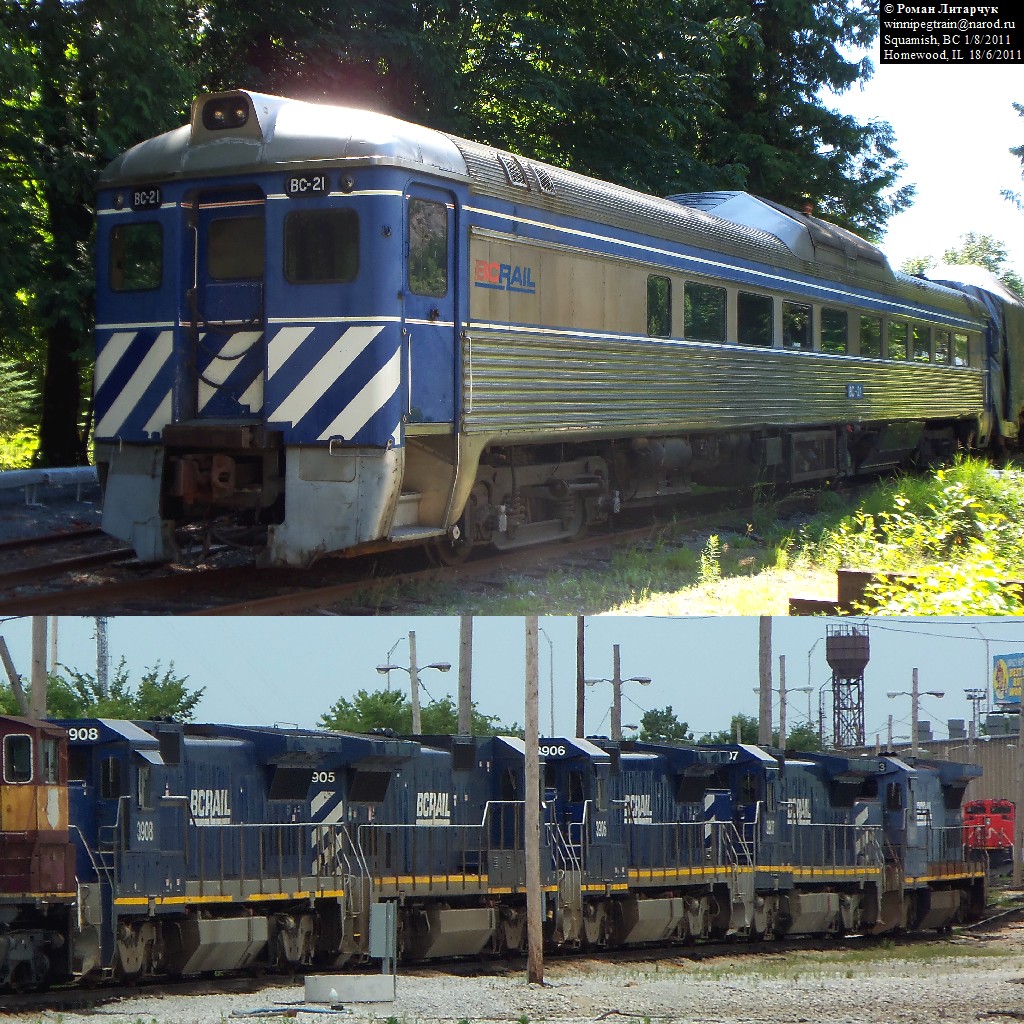 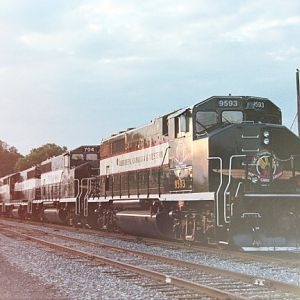 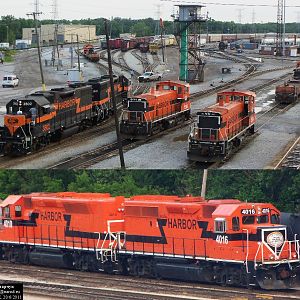 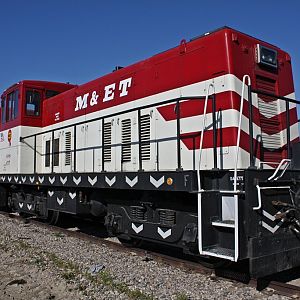 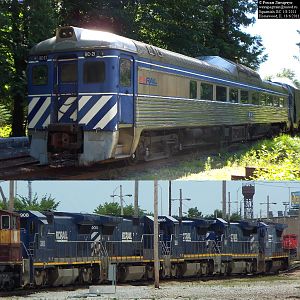 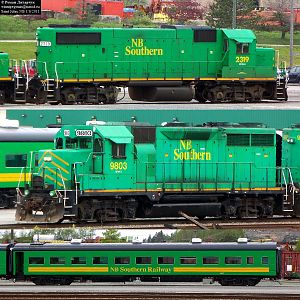 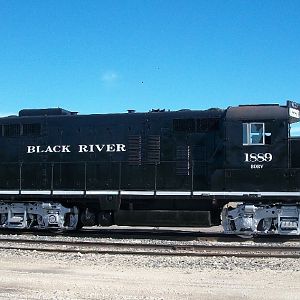 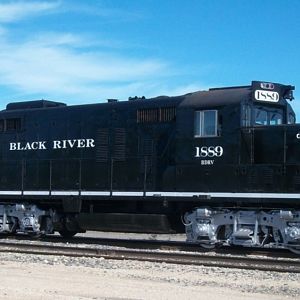 Former Reading RDC-1 was bought by BCR in 1983 from Septa (Philli commuter rail). The fleet was retired just before BC Rail was privatized by CN. Three RDC's are now displayed at the West Coast Railway Heritage Park in Squamish.

At the other end of the CN system in Chicago, five former LMX B39-8Es await their fate in the deadline next to a WC SW1500 (ex-SOU). Note a CN SD70M-2 in the background - an appropriate site, given that until they started arriving CN ran BCOL 3900s on their mainline across their system.