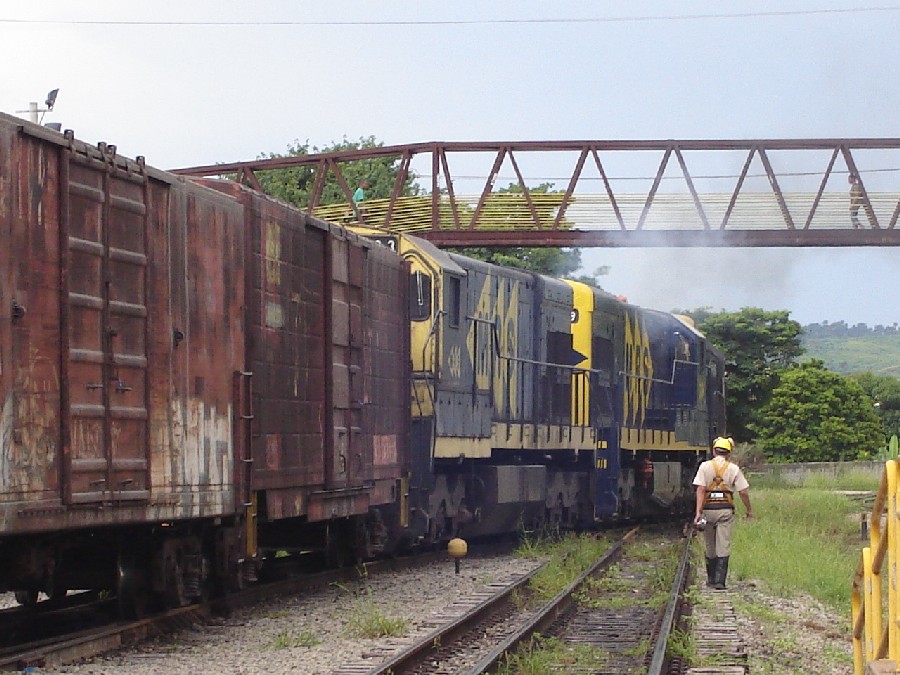 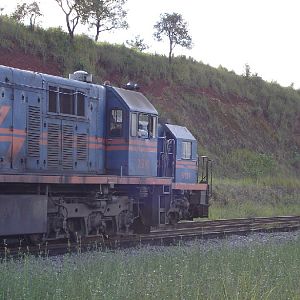 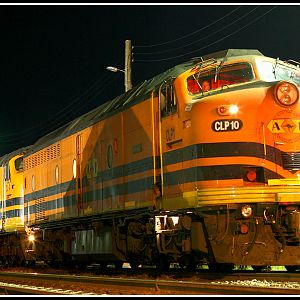 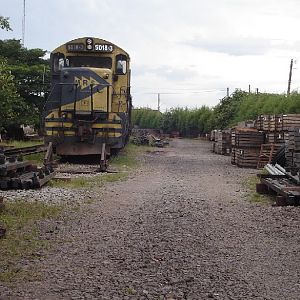 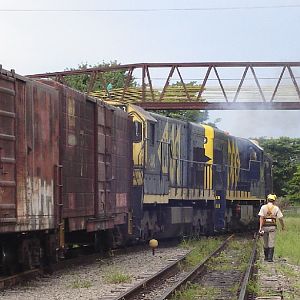 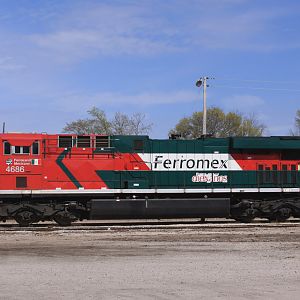 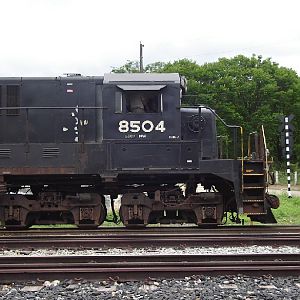 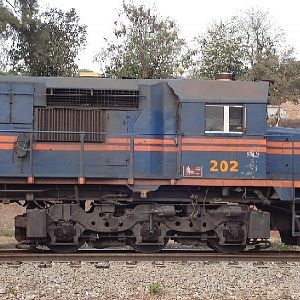 MRSL 3642, 3653 and 3652 switching cement cars at Vespasiano yard.
Click to expand...
What's with the 3rd rail?
This is a dual gauge land: MRSL is broad (1,600mm) and FCA and EFVM are meter (1,000mm) gauge.
Pedro:
Can you explain more on the third rail? What is the standard guage in Brazil? How come does is still use the third rail?
Chefjavier: The standardization of brazilian railroads became a law by the end of 1990s. From that time on all new railroad must be built as broad gauge. Thats why FNS, for exemple, is being built in broad gauge.
But the law do not force the old meter gauge companies to enlarge their system to broad gauge, and the meter gauge is the biggest rail system here. So, we have freight companies like EFC, MRS, Ferronorte that are broad gauge and others like EFVM, FCA, ALL, CFN and FTC that are meter gauge. But FCA and ALL have taken over some old broad gauge system after the privatization of Sao Paulo state rail network. So, we have FCa and ALL in bolth meter and broad gauge. In some places in Minas Gerais, Rio de Janeiro and Sao Paulo states we have the hird rail where meter and broad gauge companies meet. Thats why around here we have two gauge, because here it is possible to see EFVM, FCA and MRSL in the same location. If you contact me by email or private message I can send you a map of brazilian rail network and you can understand this question much better.
Cheers