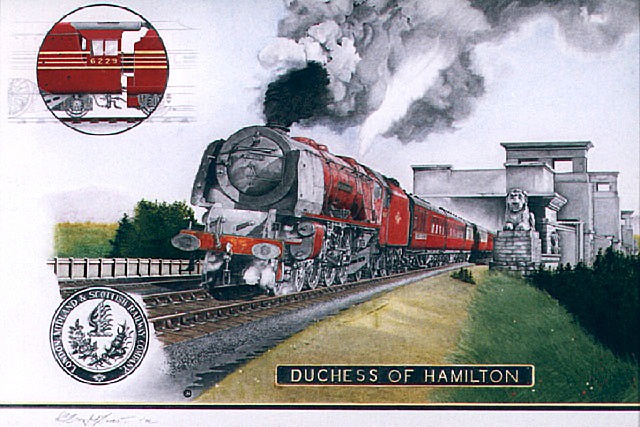 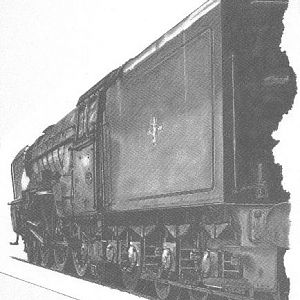 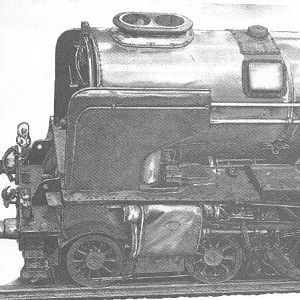 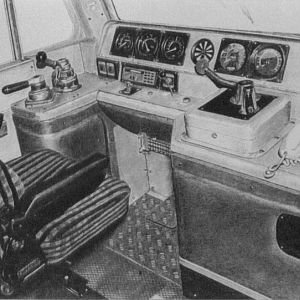 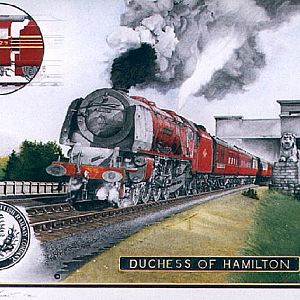 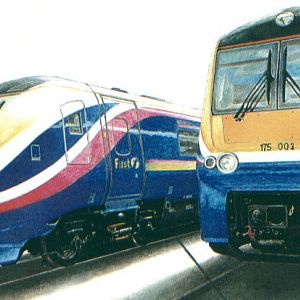 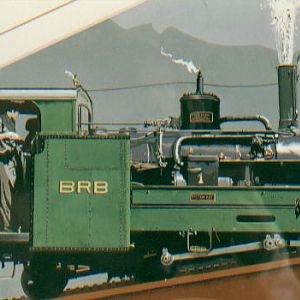 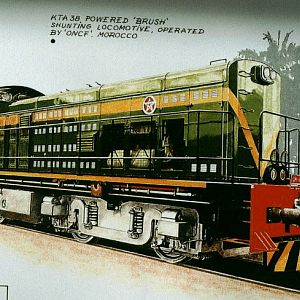 &quot;Duchess of Hamilton&quot; leaving the original Menai Straits Bridge, N.Wales, c.1960's. (From a Painting by myself).
GUY.
Click to expand...
There's something about UK steam!
Beautiful well done work. Thumbs UP. Bill
idartist45,
Many thanks for your comments, Bill! These beautiful locomotives, designed by Sir William Stanier of the L.M.S., hauled all the principal express trains on the U.K. West Coast Main Line until replaced by the diesels.They were of the &quot;Princess Coronation&quot; Class of Pacifics. The first were 'streamlined', as seen in the top left hand corner of my Painting. In later years they had the streamlining removed....as seen in the main picture. As a boy these locos were, and still are, favourite of mine, being so handsome!
Hapily, this one, &quot;Duchess of Hamilton&quot;, is preserved by the 'National Railway Museum' here at York.Another, &quot;Duchess of Sutherland&quot; is also preserved in working order, &amp; last year hauled the &quot;Royal Train&quot; in North Wales!
GUY.