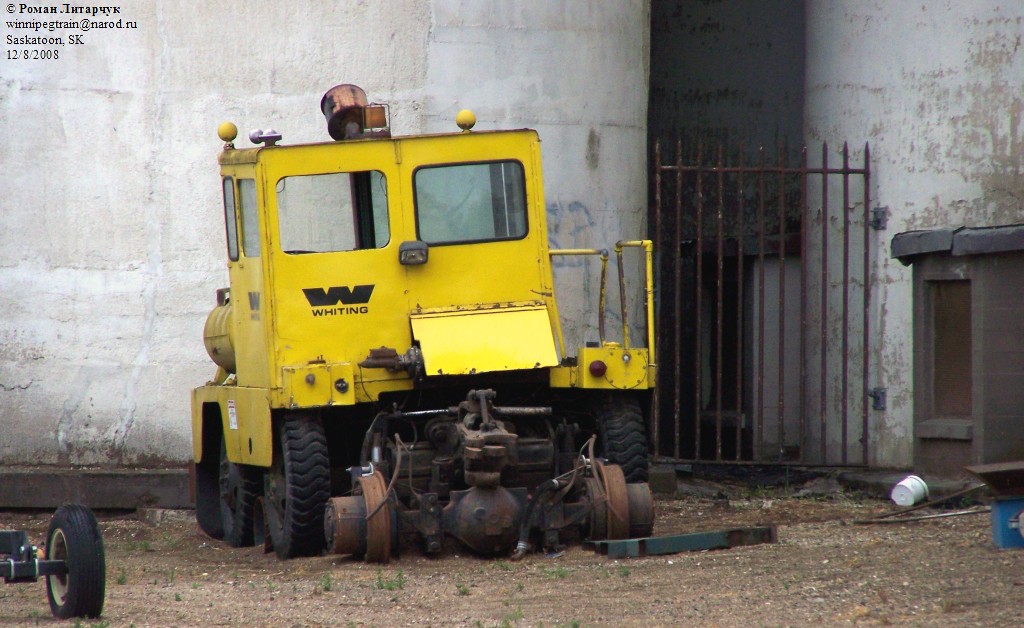 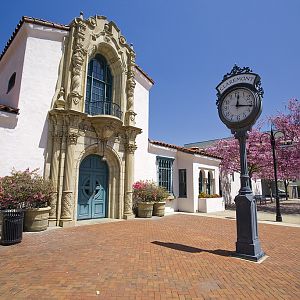 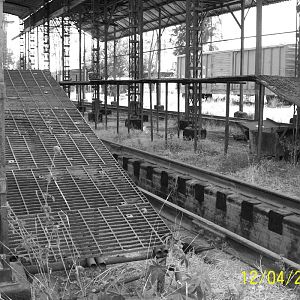 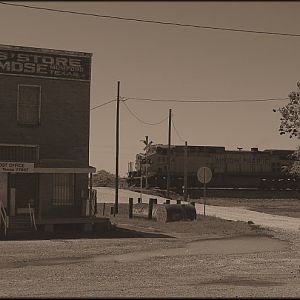 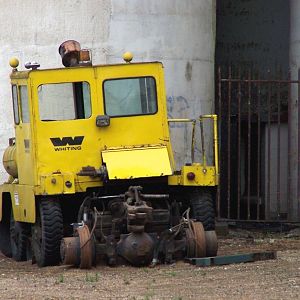 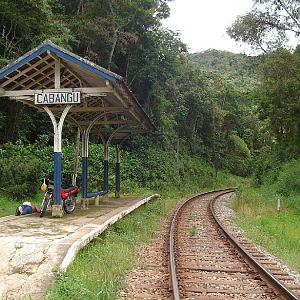 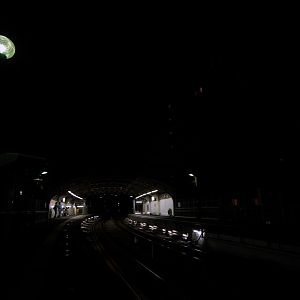 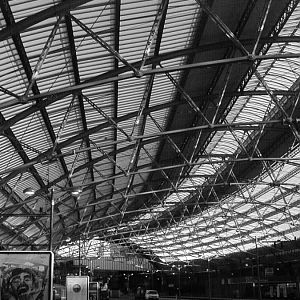 Parked at The Parrish &amp; Heimbecker elevator in downtown Saskatoon. Lacking windows/lights, with rail wheels sunk in the ground, not to mention a rusted out loud speaker; he looks pretty derelict to me.

The elevator is an odd set-up, as tracks turn away from the CP Wilkie sub, 270 degrees eventually, resulting in street running on 17th street and some very tight radiuses. See: http://tinyurl.com/cgm956

Interestingly CN tore up their spur to the elevator, even though they only receive CN hoppers Guess its cheaper to pay CP for switching duties, running a couple miles from the CN interchange, be interesting if CN had gotten trackage rights instead. A number of other industries, including Petro-Canada, used to be served by the spur as well, back in the day it ran downtown along the riverfront, connected to the CN Loop line, then going north to Richmond, re-connecting with the Warman sub. Oddly the street running trackage is still in place for the most part.

Really like the background on this one - looks more like a Depression era prison than an elevator! Seriously, why the iron gates? They wont stop someone with a ladder from getting to the other side of the dungeon.

Click to expand...
You better watch yourself out there, Roman. That place is right next to the ghetto!