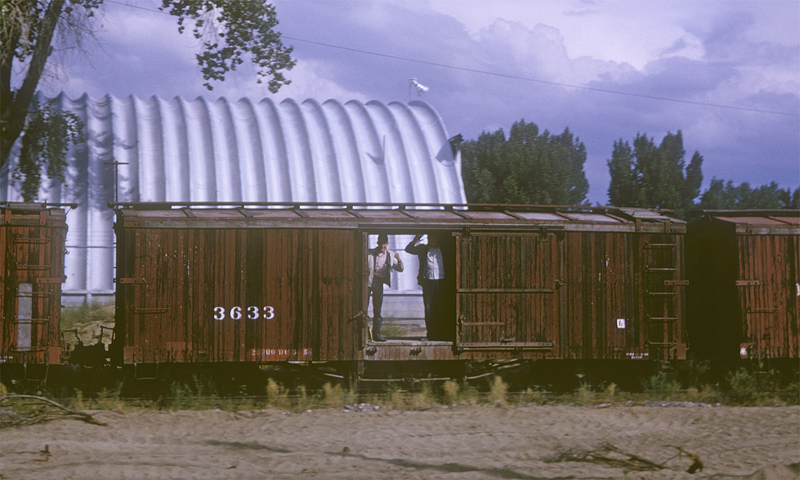 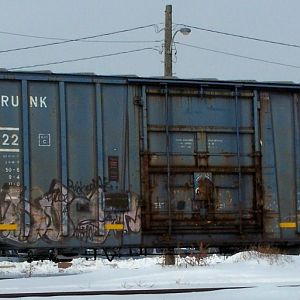 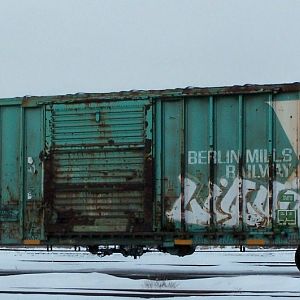 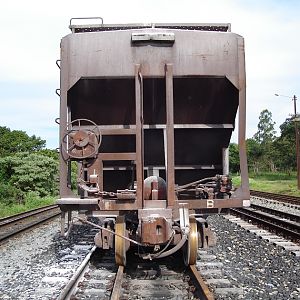 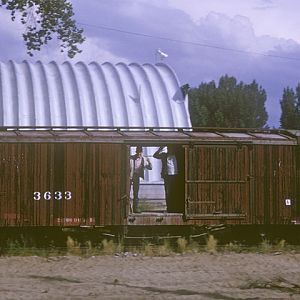 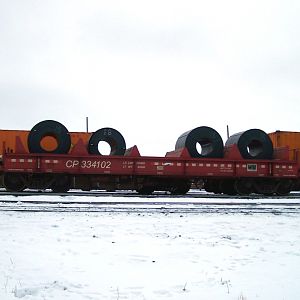 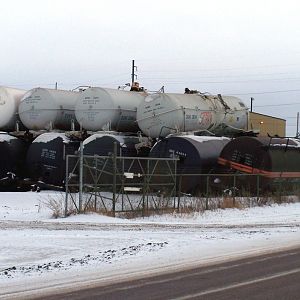 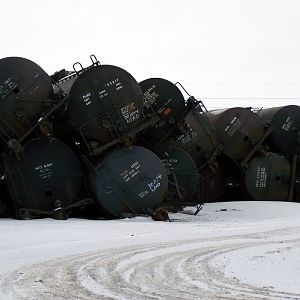 My friend, Chris Burritt, died this week (January 7, 2008), he's the guy on the left in the photo. So I'm thinking about my mortality, wondering about all these train images I shot, and what becomes of them once I die. I suppose we all need to think about that some day.

Also appearing in the photo is Jerry Appleman, on the right, and you can Google his name to see his photos. I've lost contact with Jerry, and wanted to let him know about Chris's passing. Anyway, the three of us took a trip from Chicago to Colorado in August 1965 to photograph trains, specifically, the D&amp;RGW narrow gauge. Some photos can be seen at the link below. Chris had a 2X2 format camera, and he stood in the same area I was photographing, so his images have to be better than mine.

The trip turned into an adventure as we started up the Rocky Mountains between Antonito and Chama. About half way up we came across road construction, and a stray rock punched a hole in the cars oil pan. The highway crew chained us to their road grader and towed us up to the summit at Cumbres. Chris and I got out and started pushing the car. It soon gained enough momentum and started down the mountain, powered only by gravity. Since it was a station wagon, we both jumped on the tailgate and held on as Jerry steered. The car whipped through hairpin curves with both of us nearly tossed off. Jerry refused to use the brake. When we hit a level stretch in the road, Chris and I would jump off and push again. This went on for about 17 miles until we drifted into Chama, New Mexico. We pushed the car to the hotel, and stayed the night in the only hotel I ever stayed in with a single bathroom for all the guests. In the morning, Chris and I crawled under the car to remove the punctured oil pan. There was no possibility of getting a replacement part, so we took it over to the railroad shops, and they welded the hole shut, for free! Remarkably, we got the car put back together; it ran fine and got us back to Chicago by way of Laramie, Wyoming. Pictured here are Chris and Jerry on the Farmington branch, soon to be abandon and torn up.