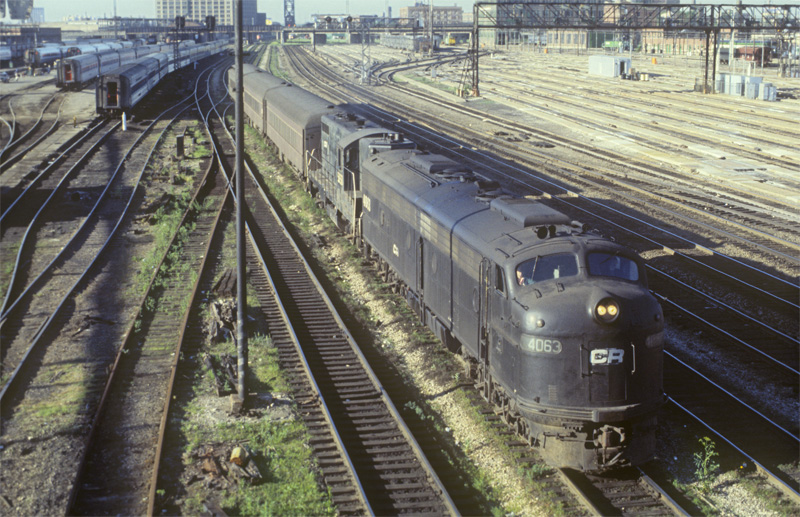 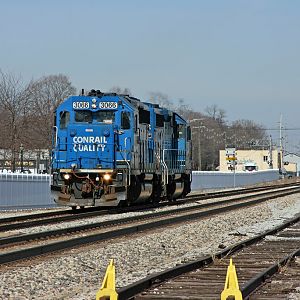 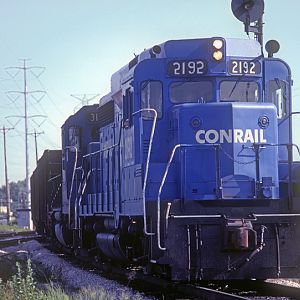 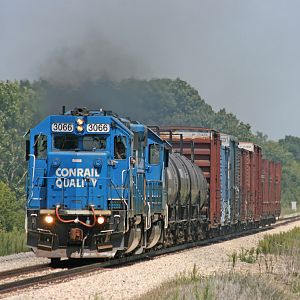 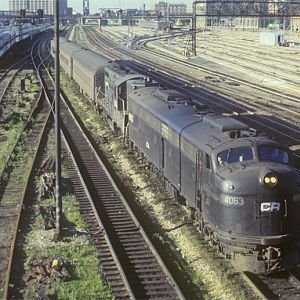 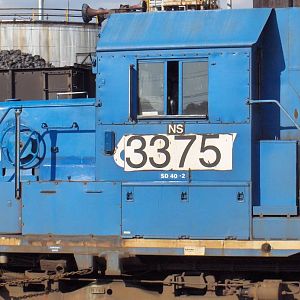 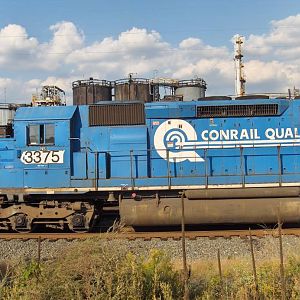 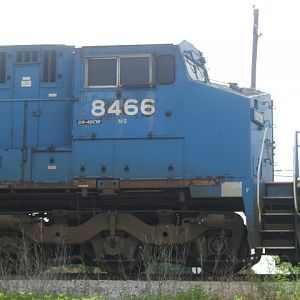 Unfortunately, I will have to speculate on a couple of pieces of information. This photo is the result of having film left over in the camera while I was taking the film to a lab for processing from a job I just finished. I popped off a couple of frames on the Roosevelt Road overpass at the Chicago Union Station (CUS) south throat approach. No harm done, the entire strip of film had to be processed anyway, why waste the film?

I believe this is an ex-NYC E-8 of the same road number. I believe this is the Valpo, a former PRR commuter train between Valparaiso, Indiana and Chicago. In 1965, there were two PRR trains each way, every day. If it were a PRR train, it would be either #453 (arriving at CUS at 7:05AM) or #455 (arriving at CUS at 7:30AM). I do not know the CR train numbers. Conrail took over the PRR/PC commuter trains in Chicago.

The only Chicago commuter line entirely discontinued in recent years was the old Pennsylvania Railroad line to Valparaiso, IN. During most of the PRR years GP7's and GP9's were used. But during Penn Central operation in the early and mid 1970's, prior to Conrail's takeover of PC, E8's were used. Amtrak assumed responsibility of the service in 1979, service was discontinued in 1991.

Here's a link to a couple more photos of #4063. You will have to drill down to the bottom of the page.