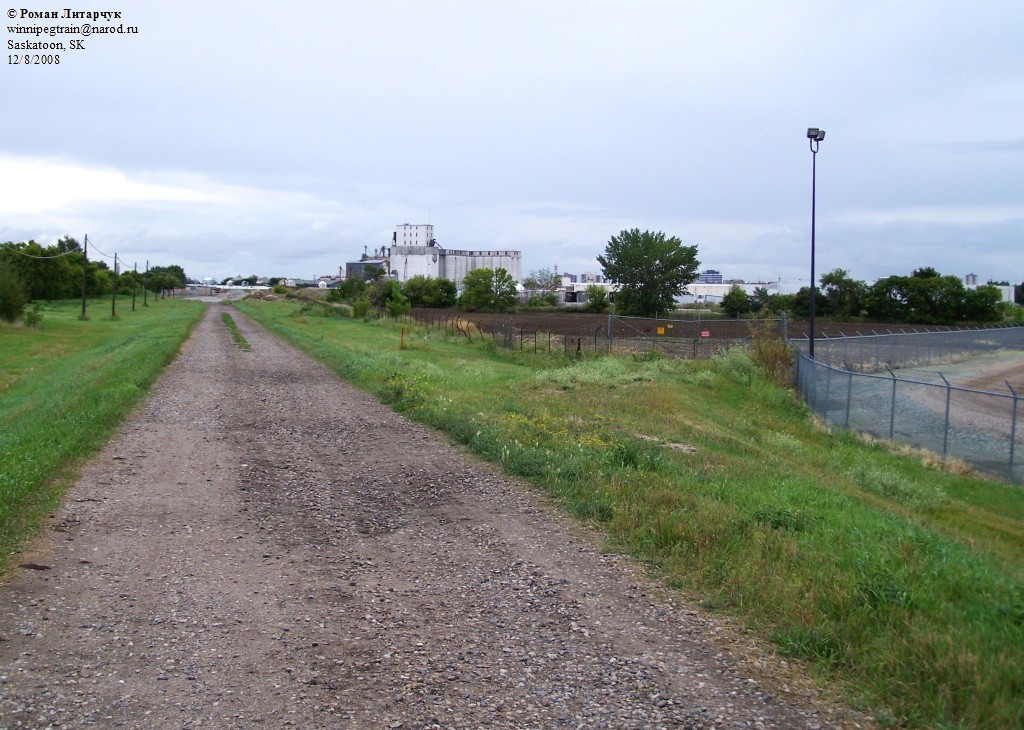 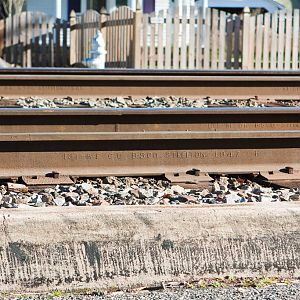 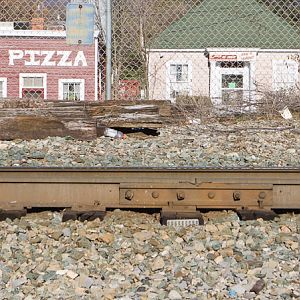 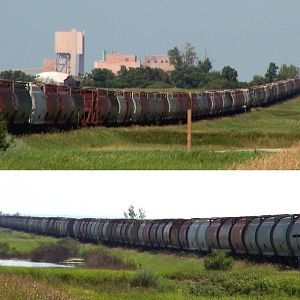 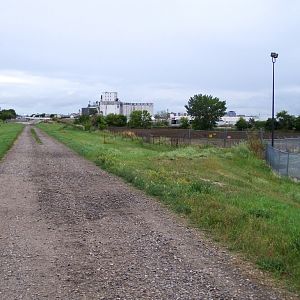 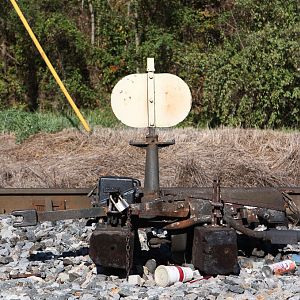 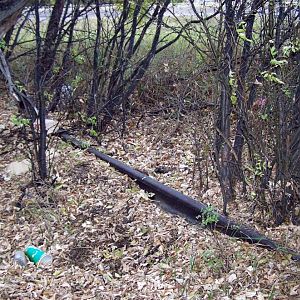 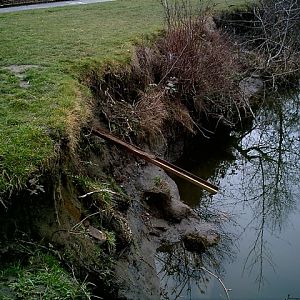 You can always tell a roadbed used to be a rail line when telegraph poles run next to it.

At one time this spur connected the CN mainline at Chappelle JCT with Union station downtown, serving a variety of warehouses and business in the area. Ive been told that it has never been a passenger route, as those trains came in on the Warman sub from the North (West) &amp; Loop line from the South (East). Downtown re-development in the 1960s closed Union station &amp; the Loop line, the spur (now dead-end) continued to serve the area until a couple years ago. Google Maps still shows the line running along 17th street toward Idyllwild Drive: http://tinyurl.com/636mxe

As you can see this used to be a switch, going into the industry that is now vacant land. Oddly the Pioneer Grain elevator in the background is still served by CN, via CPs Wilkie sub (CP does all the switching). Petro-Canada is to the right; both CN &amp; CP had spurs going in there, no sign of them now CPs Wilkie sub is on the other side of the bush line to the left. Since the two lines parallel, Google Maps incorrectly assumed they were one line.

Click to expand...
Apparently, this was a leg off of the Rosetown subdivision.
Good call! Back in the day (pre-CN), GTW ran on what is now the Watrous sub mainline. Canadian Northern on the other hand came in off the Rosetown sub (to Calgary), Craik sub (to Regina) &amp; Warman sub (to Prince Albert/North Battleford/Humbodt). Consequently the Rosetown sub flowed right into the Warman sub. When downtown was re-modelled, CN build their new yard at the JCT of Rosetown/Warman &amp; Watrous subs, with the Rosetown sub being re-aligned, although the old ROW, now a grid road, clearly shows a strait line onto the Warman sub. Apparently there used to be a massive RR yard where CN Industrial park (MP188 Watrous sub) is now. Aside from the Loop line, there was also Old Cross, right next to Newcross - I really should look at an old city map to make sence of all this, it doesn't help that GTW/CNor/CP all had trackadge rights as well for passenger trains.
I have a map from back then...thats how I found this out!