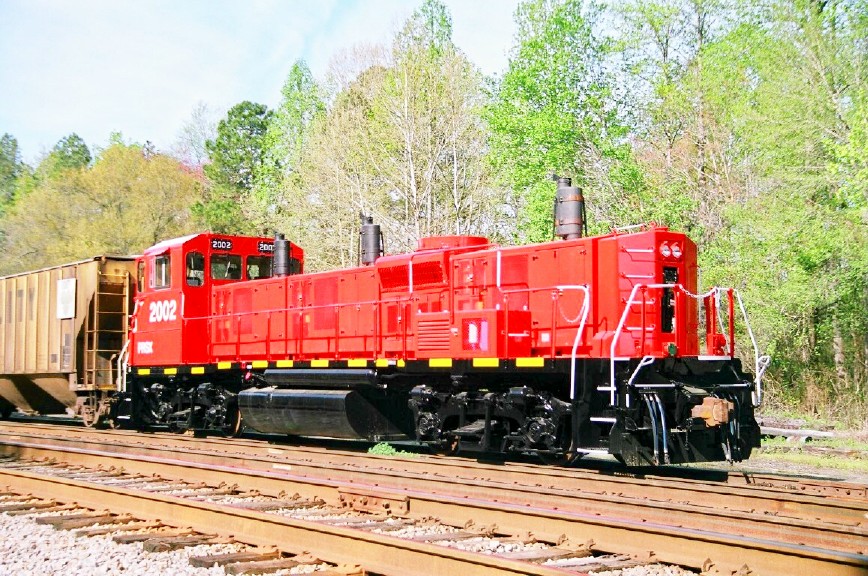 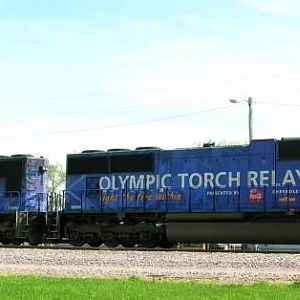 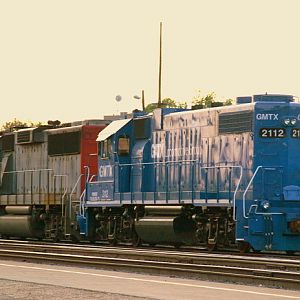 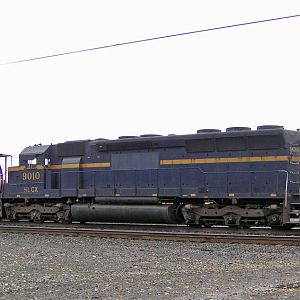 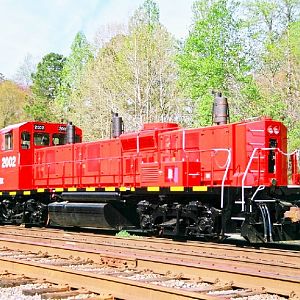 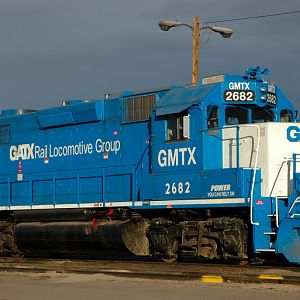 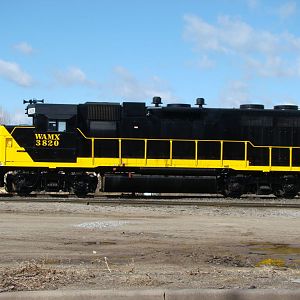 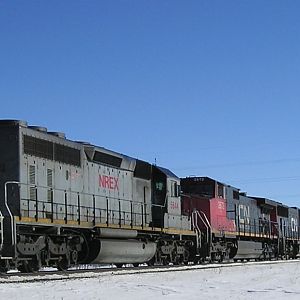 Saw this unit tied to a grin tran in the ACWR yard in Aberdeen NC. Have no idea what the story is on it or if was going to the ACWr or just left on the train.
Click to expand...
Bill, Looks like you've stumbled over your first Genset. Don't know the model classification, looks like Progress Rail's atempt to join the Genset market.
PRSX 2002 is the first genset type locomotive from Progress Rail. I haven't heard an official model number yet, but the unit has a trio of CAT C18 engines under the hood, each rated at 745 hp. This give the locomotive a combined HP rating of 2,235 hp. From what I understand, it will be on the ACWR for at least a short while. Good catch.

The unit is built on a former Helm, C&amp;O GP38 frame. For more roster info on this unit, check out my page for it at http://www.trainweb.org/gensets/progress/prsx/2002.html.

What does the term &quot;genset&quot; mean anyway? With all due respect, their appearance seems (to me anyway) to be a little bit on the &quot;homely&quot; side. But then, their purpose in life isn't to win a beauty contest.

&quot;Genset&quot; is the term given to a locomotive whose power plant is made up of generator sets. Rather than having one single engine, it has several. Depending on the power needs, one or more of the engines can be shut off. It saves a lot of fuel.
looks like it may have dynamic brakes, would that be correct on a genset?
I think that unit has been in and around Hamlet the last few days. Nice to see a photo of this unit.
Thanks POTB101 and everyone else. That was the first and only time I saw that unit. POTB101, you say it might be on the ACWR for a while? I'll have to check that out and keep my eyes open.
Byron SD45,

You are correct about the unit having dynamic brakes. You're looking at the unit from the R-end, and the assembly between the first and second stacks is the dynamic brake package.

Railpower also offers dynamics on their RP20-series gensets, and so far a handful of them are so equipped. NRE has built one so far that has dynamic brakes.

The term &quot;genset&quot; refers to a locomotive that has multiple small engines instead of one large one. The idea behind them is that the extra engines are turned on and off depending on the power needs of the locomotive. For instance, when it's idling, it's only going to do it with one engine, when pulling hard to get a cut of cars moving, two or three engines may come online, but once the cars are moving and the locomotive isn't pulling as hard, some of those engines may shut off.

The advantages of this are twofold. First, because the locomotive isn't using a large, 16 cylinder engine all the time, it's using less fuel. Also, it's putting out less emissions.

Progress is the latest entry into what is becoming a crowded market for these locomotives. Railpower and NRE are both established, NRE having built over 160 of them, and Railpower having built over 100 to augment the 60 or so hybrid &quot;green goats&quot; that they have built.

Progress has several other demo units under construction. Two other companies - MPI and Brookville Equipment - have built prototypes, while another company, Brandt Road Rail, is working on its prototype. You'd have to go all the way back to the post-World War II dieselization to find that many different players in the market. It's a pretty interesting time.

Jody
Thanks for the info.

CB
Awesome Catch, and thank you for the info on Gensets, very informational.