I haven't posted for a while and I did go out at the end of November (29th)for a drive around the area.
Since I normally travel the BNSF south west from Omaha, I thought I would change direction and see what the UP was doing.
When I got to Valley (Nebraska) there was a group "older" power switching.
The Brakeman told me they were heading for Lincoln soon, so I followed.
1. Getting ready to leave town
2 Switching in Valley
3. More in the yards.
4. Heading south towards Lincoln.

I'm having a bit of trouble with uploading them in the order I want.......But the captions are correct for the picture. 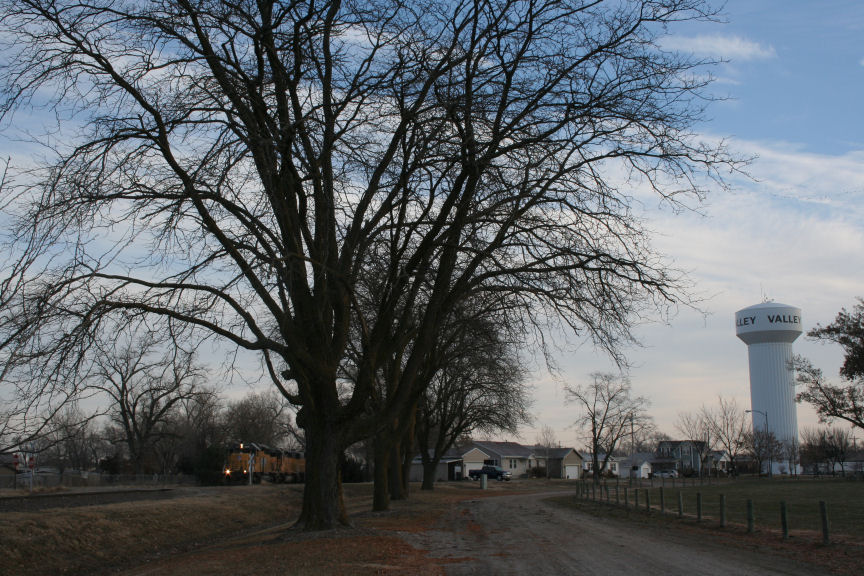 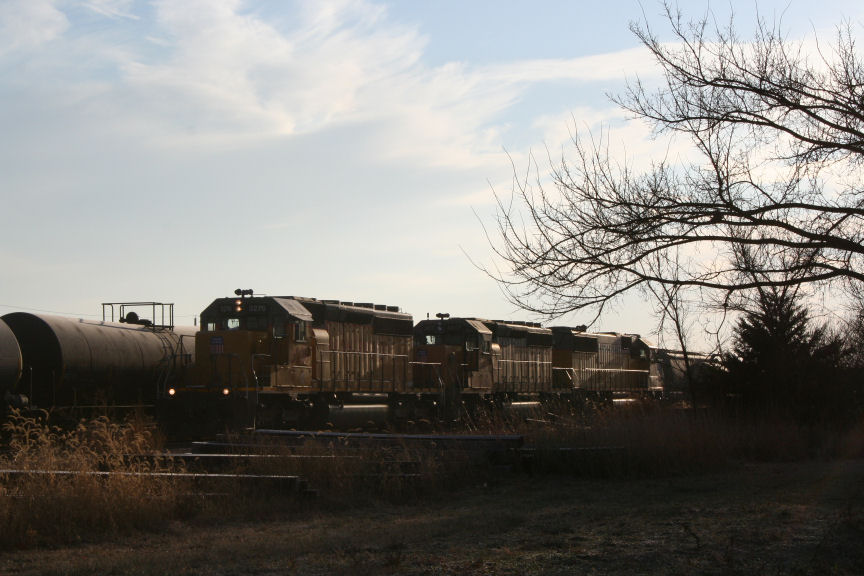 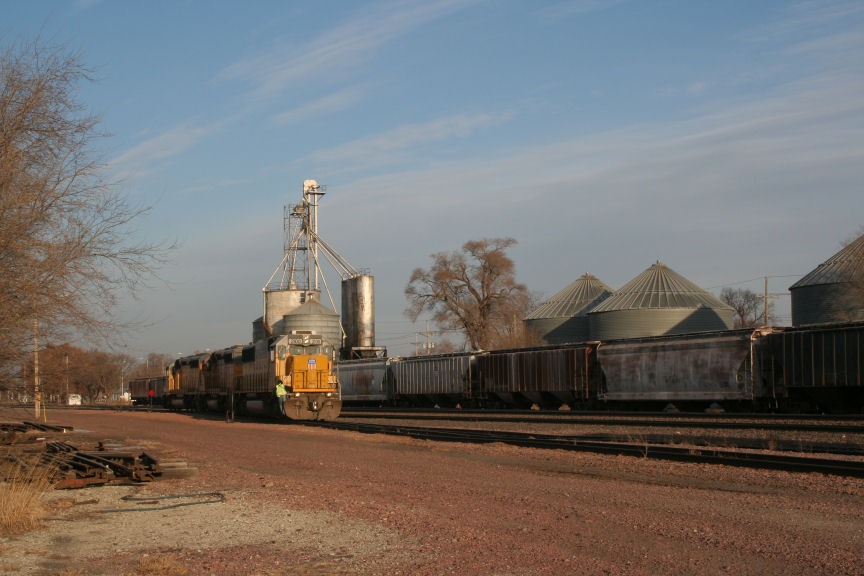 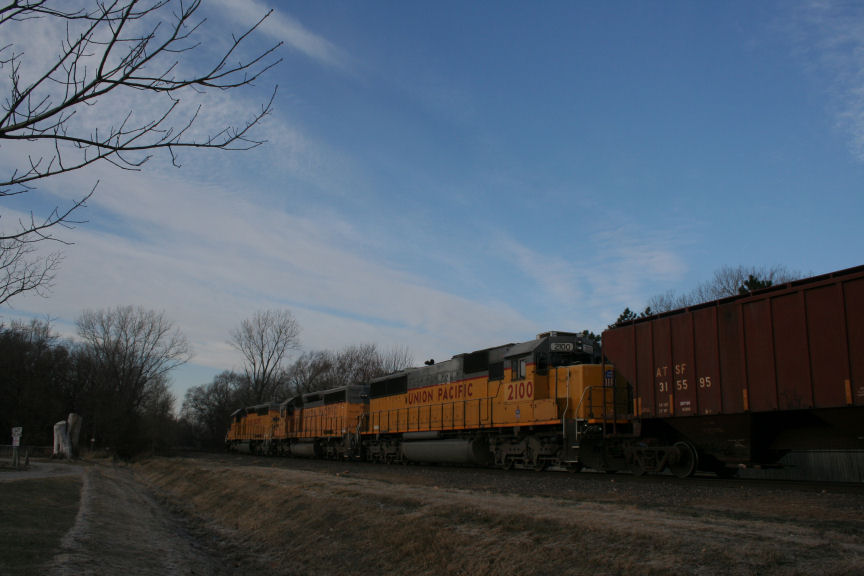 Valley to Lincoln on the UP is the last remaining rement of the Beatrice branch, at one time continuing to Marysville Kansas.

The other thing the Brakeman said was that there are more passenger cars needing shipment from Kawasaki in Lincoln and that those are handled by a separate train not the local. 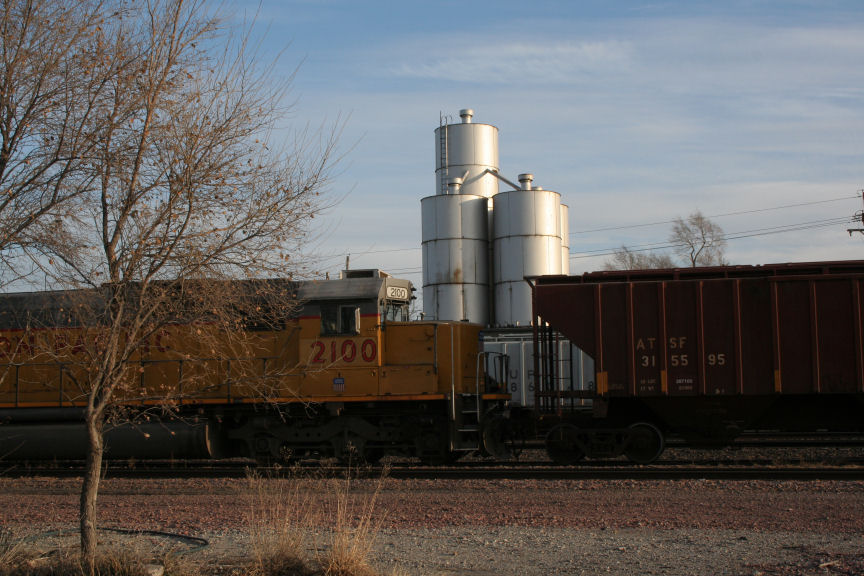 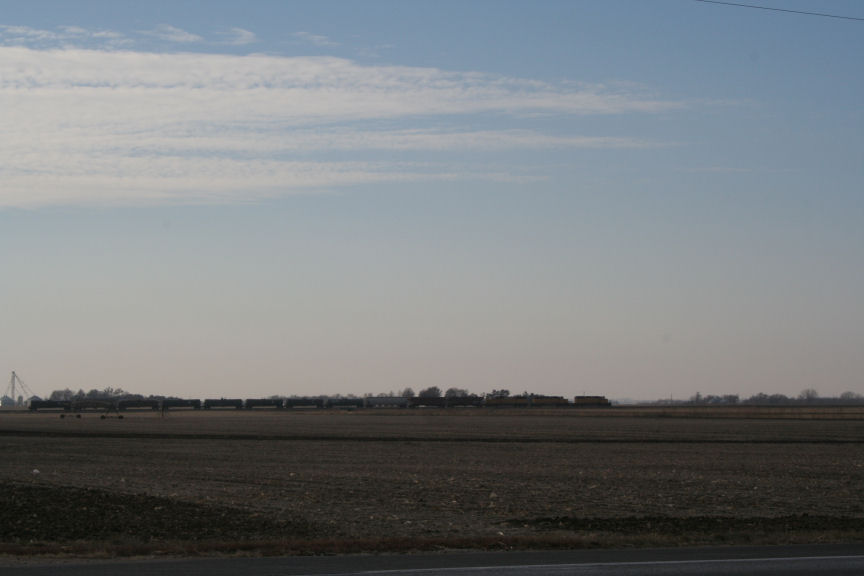 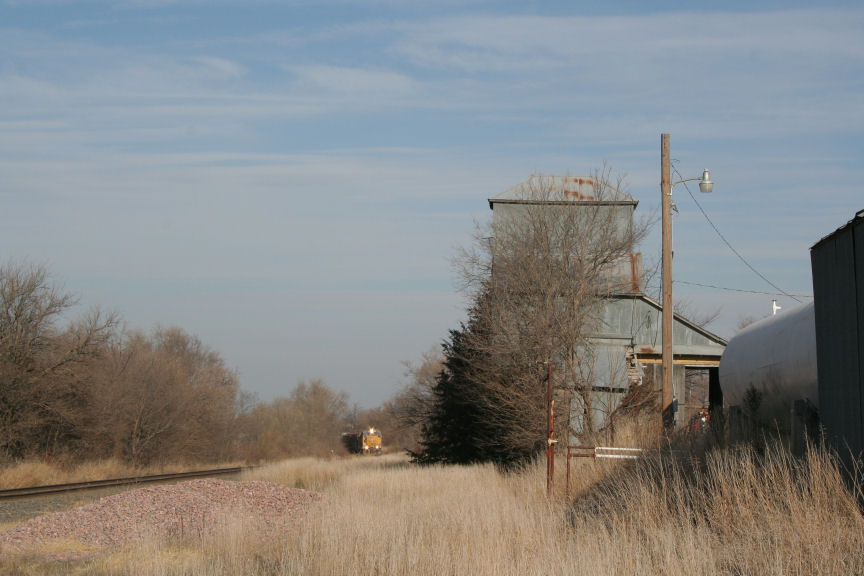 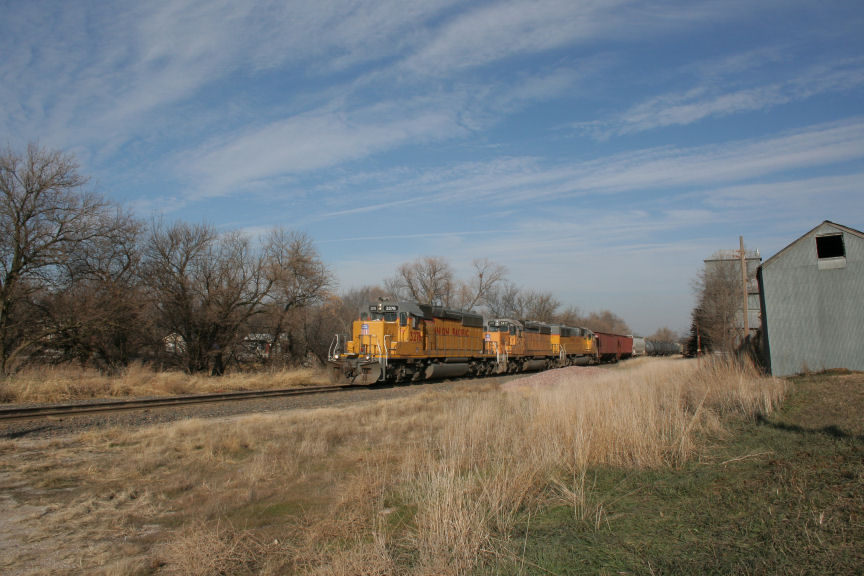 Heading back North from Touhy, you end up in North Bend. The Grain elevator has had this Geep for a long time, but nobody was working this day so....
I drove right up to it.
1. 473 at North Bend, NE
Next, East to Fremont.

Reported by others, but there is railroad equipment waiting for something.
2. DRG Caboose
3. Some passenger cars

4. View of the BN from Main Street, Looking west. 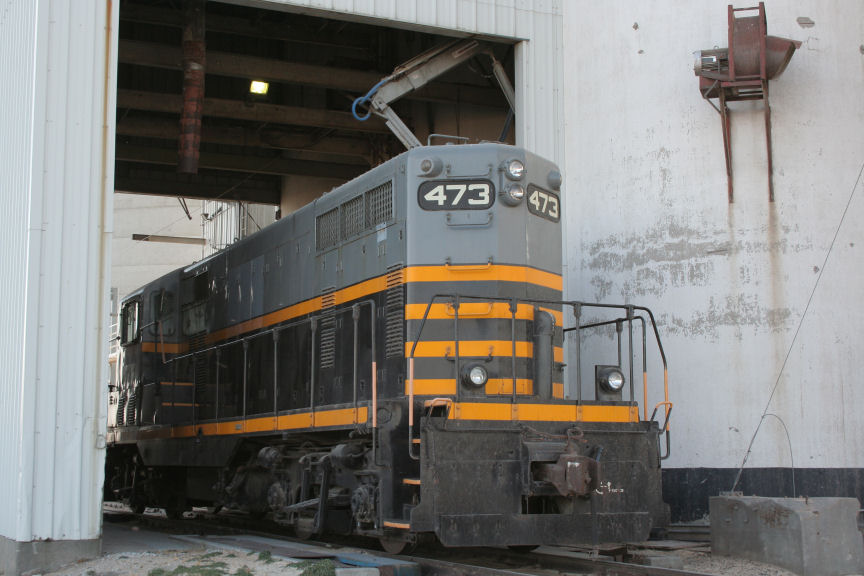 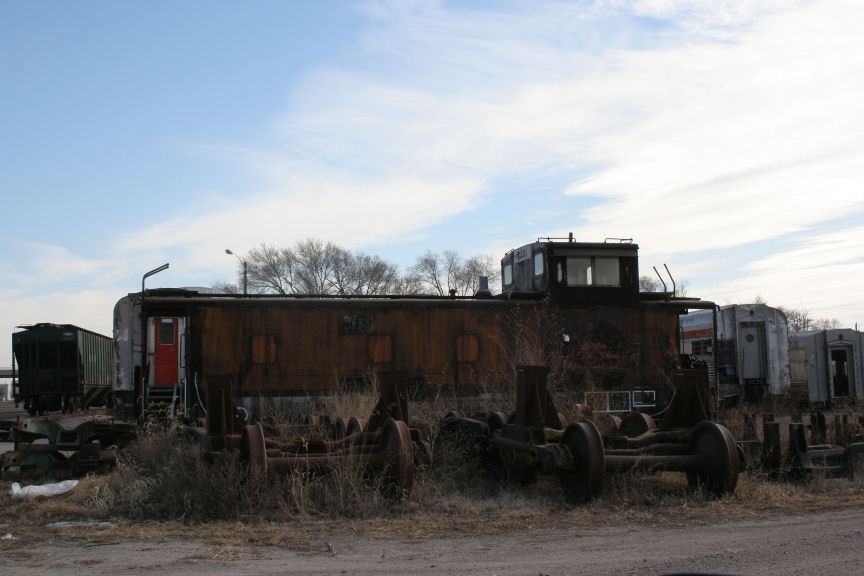 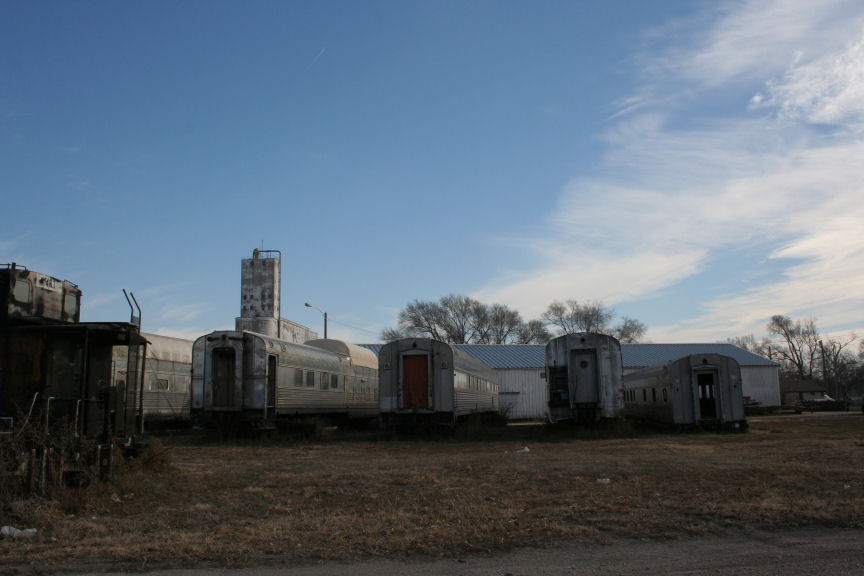 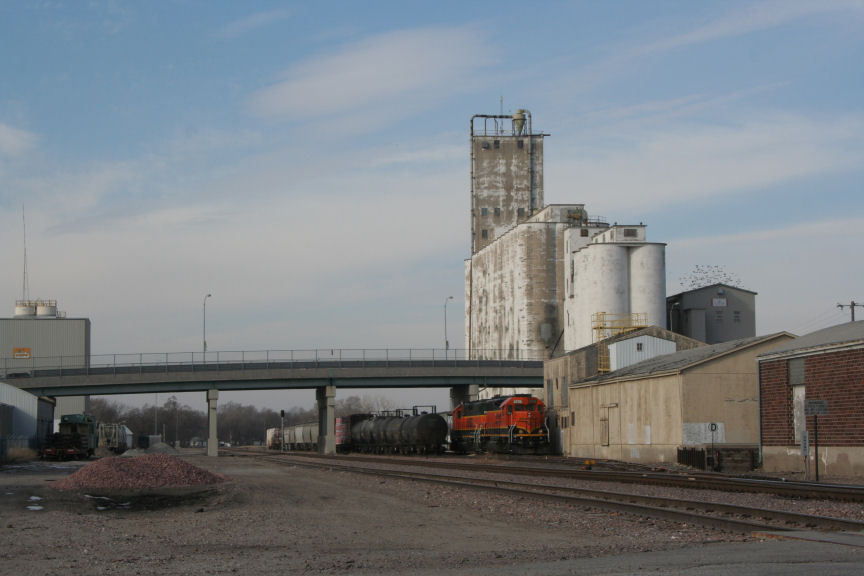 A lone GP waiting for work at the local industries, sits in the area where there was once a roundhouse inside the wye at Valley. 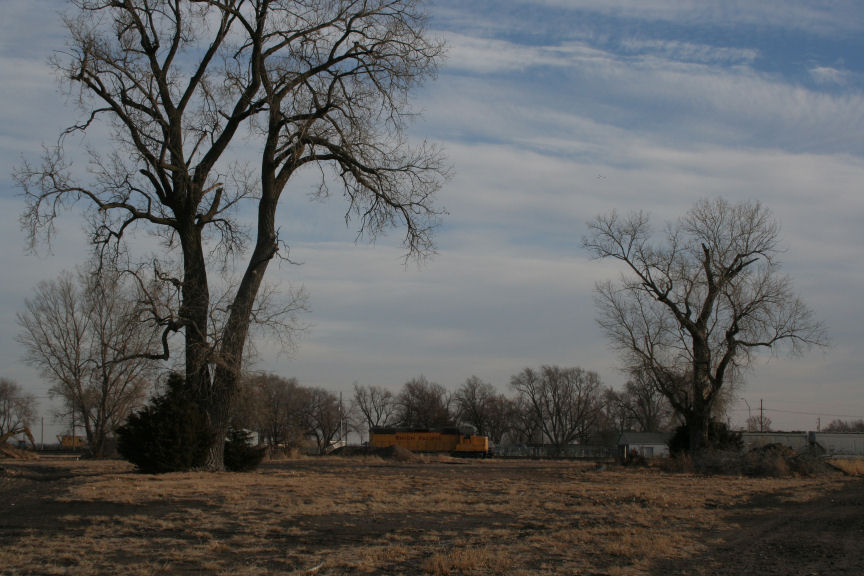 Both Valley and Toughy sure have changed over the last 40 years. Thanks for the pics. TZ
T

Great work Rick! I really want to chase a train down to Lincoln or from Lincoln on that UP line! How fast were they moving? Love to "old" power too!

Zoohogger said:
The other thing the Brakeman said was that there are more passenger cars needing shipment from Kawasaki in Lincoln and that those are handled by a separate train not the local.
Click to expand...

Generally they have a light power move and bring down a single engine or detach an engine from the local to make the return trip with the Kawasaki cars. I've seen as few as four and as many as 8 at one time. I've always wanted to catch a train at the 'S'-curve north of Touhy or at the old grain silos at Agnew. Thanks for the post, Rick!


brad_in_omaha said:
Great work Rick! I really want to chase a train down to Lincoln or from Lincoln on that UP line! How fast were they moving? Love to "old" power too!
Click to expand...

I'm guessing about 40. After the train went by at Valley, I stopped for coffee and biological break. I drove to Leshara and then south on the gravel road along the Burlington. I stopped at a rural UP crossing at Yutan, heard a horn to the west and caught the train after Mead. Drove to Touhy on the gravel south from Weston. Waited about 15 minutes. Forget the gravel to Touhy, too long. I would recommend 92 to 79. That beautiful s curve north of Touhy is easily visible from the highway. The brakeman said they run Monday thru Friday. I would check Valley and see if the power is there. Blast from the past to see all standard cabs with the sd-40s. Many great photo ops. The northbound would look really good on the bridge north of Wahoo.
Spring will be here in just a few months! Jurgy, any idea how to figure out when there is a train from Kawasaki?

Zoohogger said:
any idea how to figure out when there is a train from Kawasaki?
Click to expand...

Other than having an employee keeping an eye on the lineup, I would say look for normal every day road power down in Lincoln. They have been using one or two modern locomotives one it and not the cool old stuff that is on the local.
You must log in or register to reply here.
Share:
Facebook Twitter Reddit Pinterest Tumblr WhatsApp Email Share Link